Accessibility links
Fancy Names Can Fool Wine Geeks Into Paying More For A Bottle : The Salt Wine research suggests that people who think they know about wine are excited about hard to pronounce names — so excited, in fact, that they're willing to pay more. Plus, they think it tastes better, too. 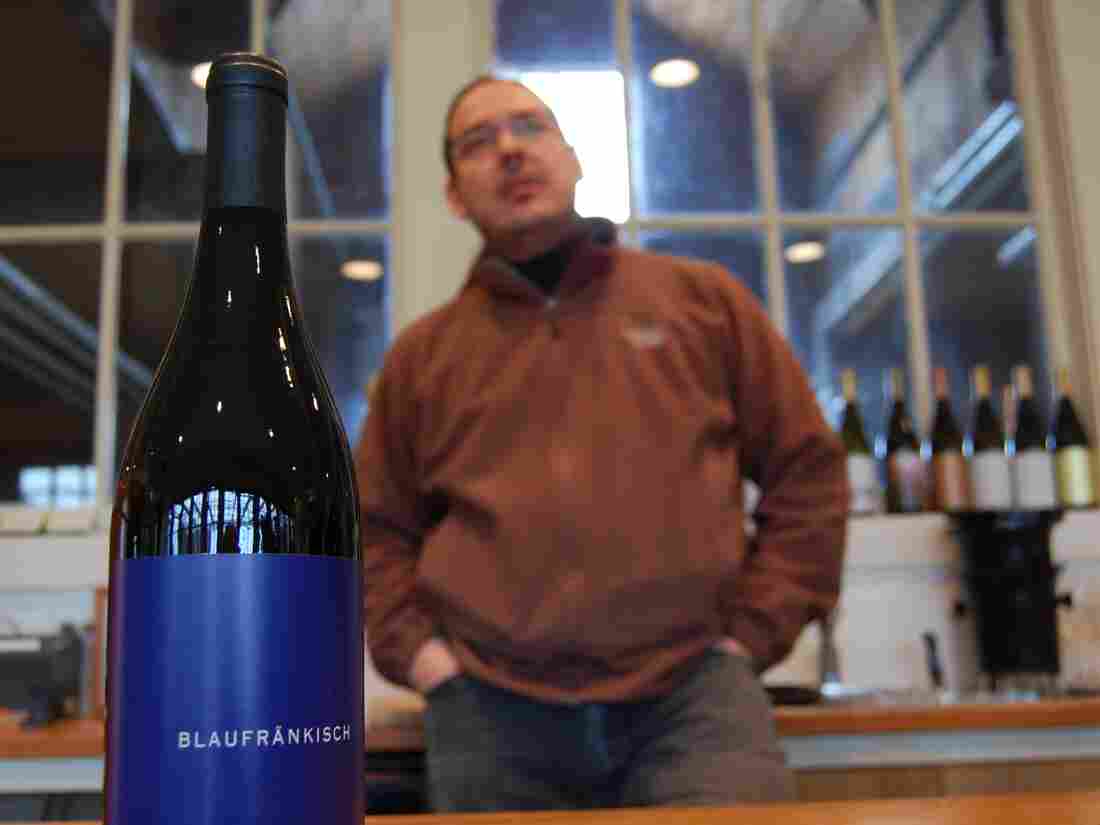 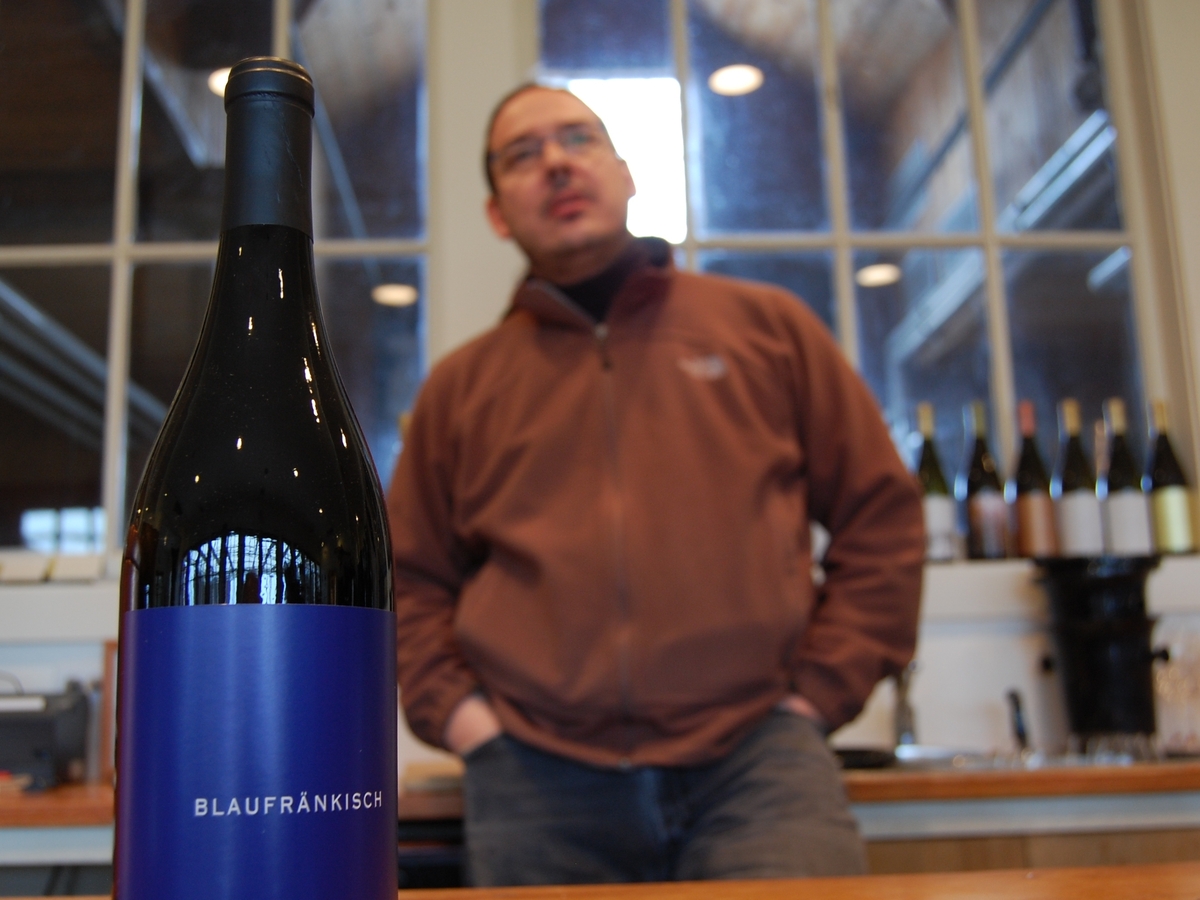 New York Winemaker Christopher Tracy and a bottle of his Blaufrankisch. The wine's difficult to pronounce name may attract oenophiles.

Which costs more, a bottle of Fat Bastard or a Tselepou (TSe-le-po)? What about a Cupcake versus some other name that's difficult for Americans to pronounce? Turns out, when it comes to wine, research suggests that the name alone can affect how much consumers are willing to pay for it. But is it that easy to dupe an oenophile?

Take the wines of Christopher Tracy, the jovial vintner behind Channing Daughters Winery in the Hamptons. All his barrels, lined up like little wine-bellied soldiers, will eventually get bottled and all of Tracy's hard work will be summed up in a name — in this case, Blaufrankisch. That's BLAU (rhymes with WOW) frank-ish.

Blaufrankisch is not the easiest thing in the world to pronounce, especially when you're sitting with all your friends at a fancy restaurant. But Tracy says he's not trying to trip anyone up. He chose that name because of its connection to the grape's history.

Tracy has a couple other tongue twisters too. "Tocai Friulano, we have another one called Refosco — the true name for Refosco dal Peduncolo Rosso," Tracy says.

These names will run you between $20 and $40 a bottle. And it appears that the doozies might make him more money than the bottles with simpler names. That's according to a marketing experiment done by Antonia Mantonakis, a wine researcher at Brock University in Ontario.

"Participants not only reported liking the taste of the wine better if it was associated with a difficult to pronounce winery name. But they also reported about a $2 increase in willingness to pay," Mantonakis says. (Give or take six cents in U.S. dollars.)

But here's the fun part — the more Mantonakis' test subjects knew about wine, the more easily they got duped into thinking difficult wine names equaled pricier wines. She says that's because wine geeks will hunt for just about any subtle difference they can find, like a unique sounding name.

"And if something is rare and unique then maybe it might be a higher value and it maybe something that is more special," she says.

So that's how you trick a wine geek. For the rest of us non-experts, all it takes is a bottle of something cheap and tasty, like Elephant on a Tight Rope. Also, Mad Housewife, Mommy's Time Out, Ménage Tois (or Monogamy, if you prefer). Then there's this whole "fat" wing to the cellar that we get sold on, like Fat Bastard, Fat Monk, Fat Bird, Fat Fish. And who doesn't love cupcakes?

"Well, I have to say, I'm a little bit of a Cupcake addict. I thought that was really cute and funny when I first saw it," Mantonakis says.

Wine names that are cute and funny are the ones that lure so-called low knowledge consumers, she says. Along with E & J Gallo-sized shelf space and a pretty picture, we're looking for comfort and something familiar, but sometimes slightly adventurous.

Out at the Hamptons, Tracy has one of those too, he calls it Mudd. But he's says it's not about talking down to us low-knowledge drinkers or talking up to the wine geeks. It's just another way to tell the story of a place or experience.

"That's often, too, why people have such romantic notions of wines they had far away, overseas, on vacation. You're in a particular place to soak in all of the story and be able to go back be able to get that bottle and be able to have a piece of that story again and maybe even share it with your friends and family," he says.

So if the experience you're looking to share is from an exotic, hard to pronounce vineyard, don't be too quick in paying a premium for it. Because both Mantonakis and Tracy agree the funny and fat wines can be just as good.