Accessibility links
Cleaner, 'Greener' Cookstoves Need Better Marketing In Bangladesh : The Salt Despite decades of global efforts to get cleaner cookstoves to the poor in Bangladesh, very few have adopted them. A new study suggests talking more about the stoves' cheaper fuel costs and less about health hazards may help. 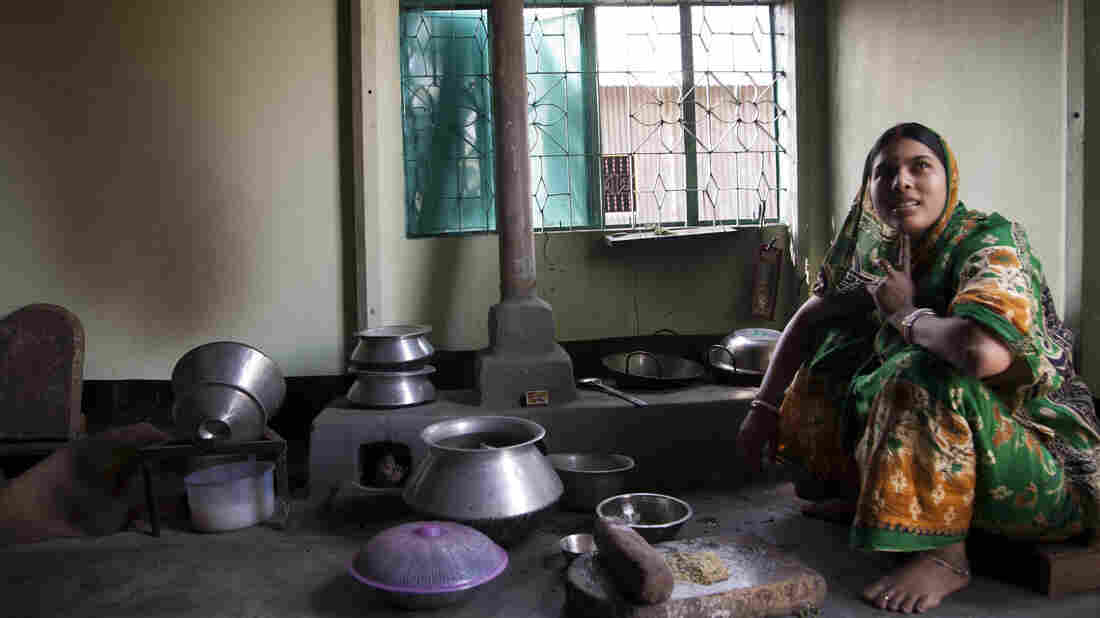 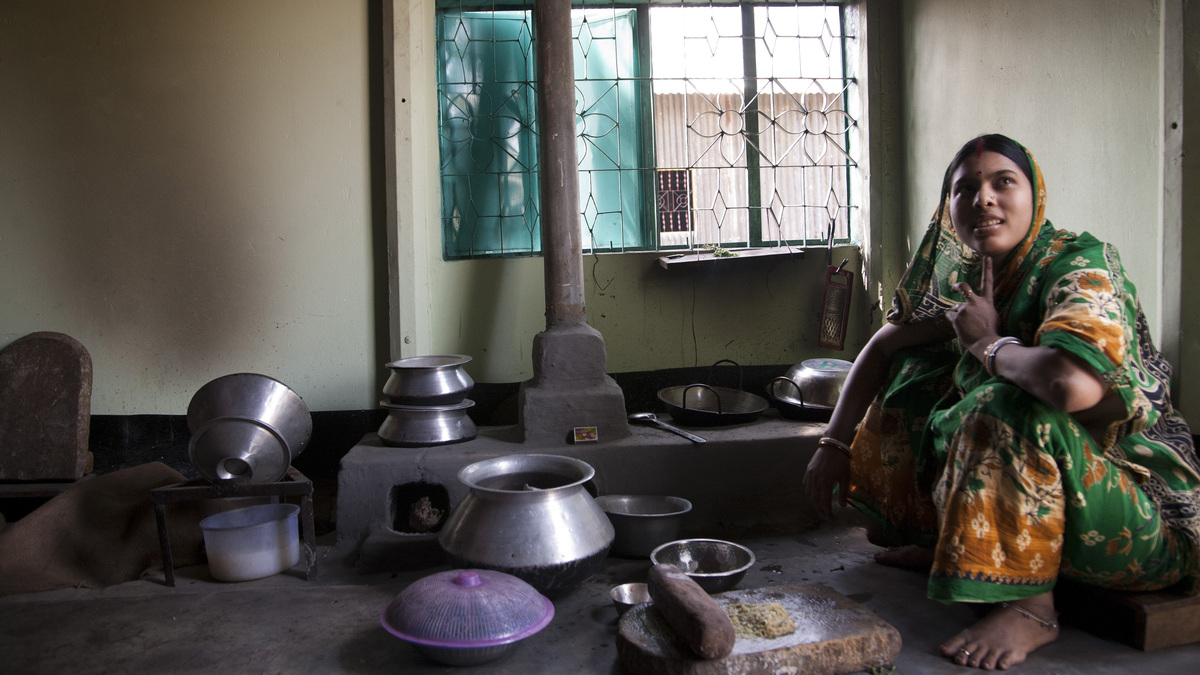 A woman at home in Bangladesh with an improved cookstove

Cooking can be hazardous to your health and to the environment, particularly if you are cooking indoors over an open fire and burning wood and dung, as many people in poor, rural areas of the world do every day.

In fact, the World Health Organization says that the smoke and gases from cooking fires in the world's poorest countries contribute to nearly two million deaths a year — that's more than malaria, as our colleague Chris Joyce reported.

But despite decades of global efforts to replace dirty cookstoves with cleaner, greener cookstoves, very few are actually using them. That's especially true in Bangladesh, where 98 percent of the population still uses traditional cookstoves, according to a recent study. So what gives?

That's exactly what Ahmed Mushfiq Mobarak, a professor of economics at Yale University, set out to find out.

Mobarak and his colleagues first surveyed more than 2,000 women in rural Bangladesh to find out how much they knew about indoor smoke hazards. Most of the women in the survey (94 percent) believe indoor smoke is harmful but only nine percent said reducing household smoke was the most important reason to use a nontraditional cookstove. Other, more popular reasons to use the new stoves included reducing fuel costs (both time gathering and actual money) and improved cooking times.

The researchers also looked at the Bangladesh families' willingness to pay for a variety of items, including new cookstoves. The results? Demand for the nontraditional cookstoves was a much lower priority than things like a doctor's visit, a new school, or a public road.

In other words, because most of the country relies on free — albeit, polluting — cookstoves crafted from salvaged materials, Bangladeshis are not very interested in paying much for a cleaner version, even if they know the risks, the study suggests.

So Mobarak and his team tried another experiment. They offered stoves at full cost and half price. Only about 5 percent of people paid the full price of $5.80 for the efficient new cookstoves, which burn less fuel. Some 2 percent chose the full price chimney-style stoves that vent out smoke at $10.90. Offering both stoves at half price only increased purchasing by 8 to 12 percent for the efficiency stoves and 5 to 6 percent points for the chimney-style stoves.

"This result implies that large discounts by themselves are unlikely to
promote substantial adoption and use," the paper says.

Bottom line? Cleaner cookstoves need to be cheaper and better marketed to reflect the things the people who would use them care about — like making them run on less fuel. Instead of emphasizing health and environmental benefits, groups distributing these stoves should consider explaining how they'll save money.

"We must continue to raise awareness about the health, economic, and environmental benefits of clean cooking solutions," says Leslie Cordes, senior policy director at the Alliance.

Indeed, other studies have recently raised questions about how much cleaner the cookstoves actually made the indoor air, and whether people abandon them eventually if they lack training.

Cordes says the Alliance is focused on ways to enhance demand, strengthen supply at affordable prices, and support research into what motivates people to purchase cleaner cookstoves.

Mobarak's cookstove study was published in the Proceedings of the National Academy of Sciences.