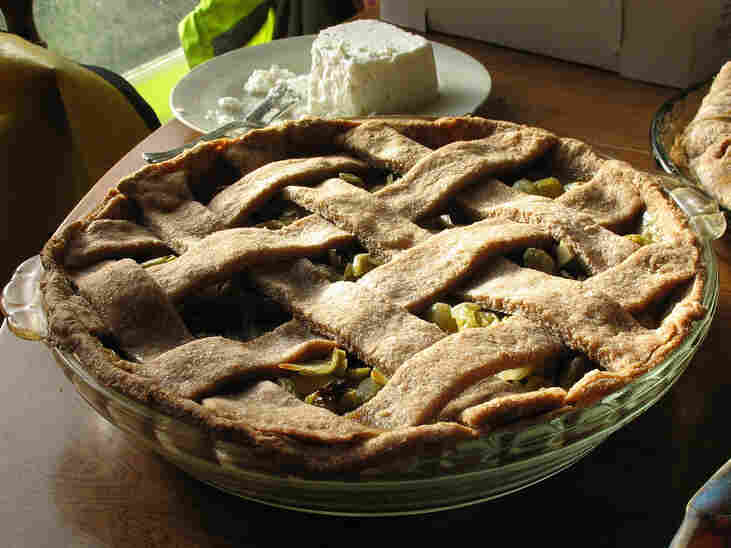 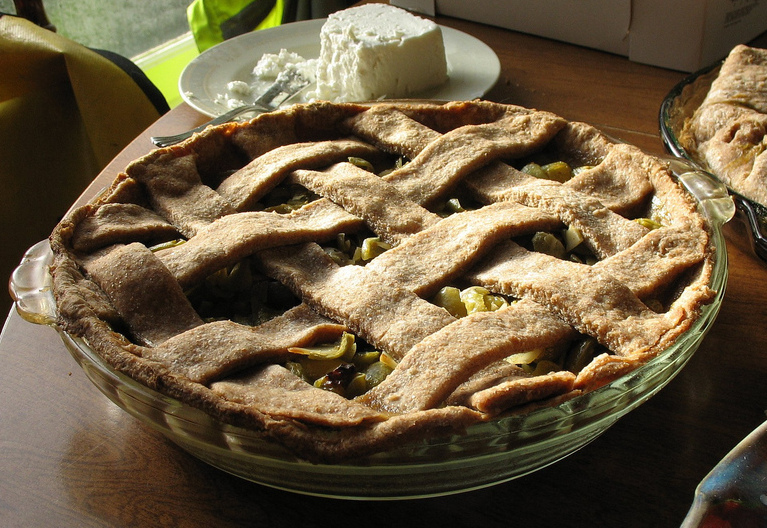 Imagine yourself as a resourceful farmer during the Great Depression. You'd like to make a dessert for your family, but traditional pie ingredients, like cherries or pecans, are too expensive or not available.

Desperate times call for desperation pies (or starvation recipes, if you happen to be in Greece).

Also known as "make-do" pies, desperation pies were made with any ingredients a farm cook had on hand or could scrounge up at a moment's notice. "[Desperation pie is] a pie that you made when you had nothing left to make it with," says food folklorist and author Joanne Raetz Stuttgen.

And sometimes this meant pulling off feats of tastebud trickery that modern day chefs are rediscovering with great interest, Stuttgen tells The Salt.

Some desperation pies of yesteryear were even inspired by off-season cravings. If you wanted an apple pie, and you had a surplus of green tomatoes before the apples were ripe, tossing sliced green tomatoes to sugar and apple pie spices like cinnamon and nutmeg was a good substitute, Stuttgen says.

"Also, it could be something local," she says, "Like if there was a blight, for instance, that destroyed pecans, you could put in oatmeal in place of the nuts. That can 'mock' the flavor and the appearance of the pecan pie."

Even in times of plenty, some desperation pies, like sugar cream pie in Indiana and chess pie in the South, went on to become famous regional favorites that people still make today. "They have a place," says Stuttgen, "and they become traditional and symbolic of a region, or a family, where that pie has to be at Christmas every year."

But Stuttgen says that more than regional character, these pies show the ingenuity and creativity of the American spirit in times of struggle.

"These types of pies come from sheer practicality," she says, "You probably cannot convincingly trace them to a specific region or a specific cultural group; instead you just have these women who are making do with what they have."