Accessibility links
A Second Helping Of Pie Week: How Pumpkin Pie Turned My Life Around : The Salt One woman used pumpkin pies to help her get off public assistance and on with her life. 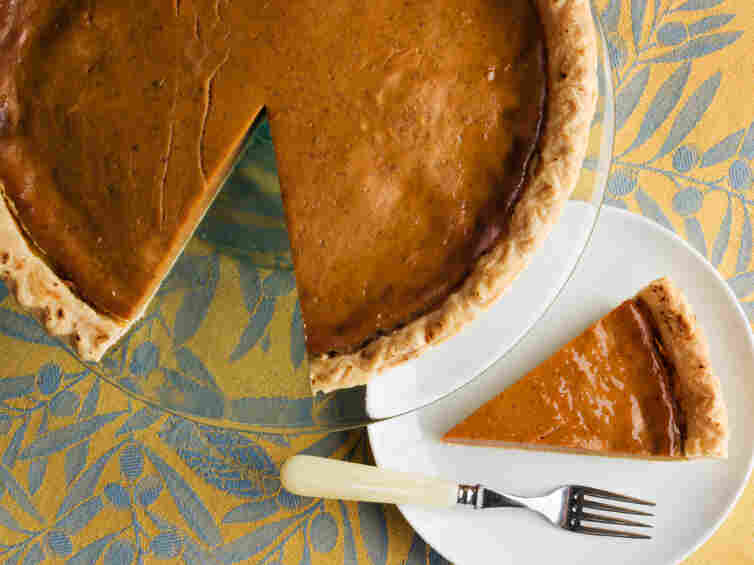 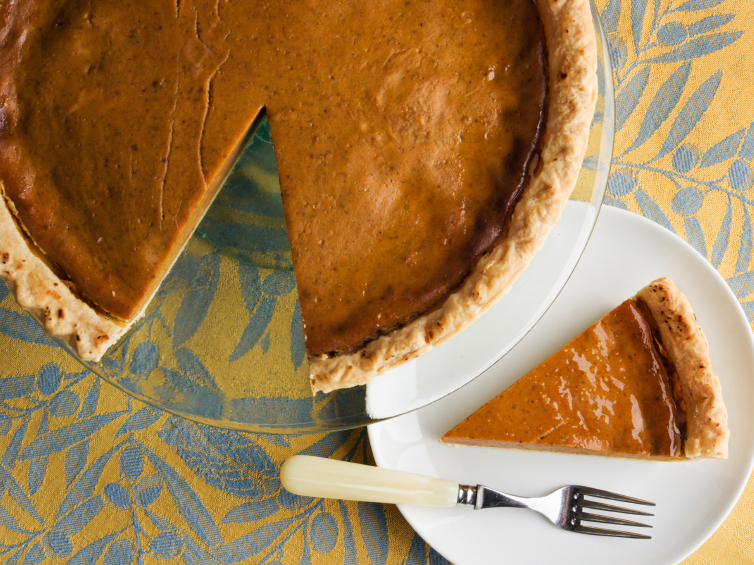 Pumpkin pie to the rescue?

Yes, we know, Pie Week is officially over, and we already commemorated your contributions to it with our Storify post on Friday. But one more irresistible pie story came across the transom that we just had to share.

So without further ado, here's NPR listener Marie Metivier-DeMasters' story about how pie changed her life, which we received by email and edited a bit for length and clarity:

My grandmother, who learned graciousness despite some very hard knocks in her early life, taught me to make lemon meringue pies when I was 7. I was not good at it at first, but I learned that the crust needed to be precise and the filling was an art — the part of the recipe where you could "play." She taught me I would need to pay attention to know the difference. Most of all she taught me confidence, and that learning how to cook would take time and practice.

Twenty-some years later, I landed in a tight situation. My husband of 10 years, my Prince Charming, had turned into a frog. I found myself living in Davis, Calif. on welfare with a 5-year-old, a 7-year-old, a 9-year-old, and an unpaid rent.

I'd already sold everything I had of value (my wedding ring bought the groceries the month before) and after carpal tunnel surgery, I was having a hard time meeting typing test requirements for job applications. The welfare check had paid the rent, utility bills, and nothing else. We had to wait a few more weeks until we could collect food stamps. What to do?

Truthfully, I don't remember exactly how I came up with the idea, but I was at my children's school the day after Halloween and asked for the leftover pumpkins in the office. At two cups of pie filling per pound of pumpkin, I had scored enough for more than a dozen pies.

Before I could change my mind and chicken out, I quickly made the rounds to the local businesses where I knew the tellers and sales people from church or Little League. I ended up with a dozen pumpkins in all, and I cooked them all down, one at a time.

The abundance of pumpkins gave me a great leverage to deal with some other deficits. I brought pies to my church for various occasions, which led to orders. My pumpkin pie profits bought a pair of shoes for my youngest son, groceries and gas. After a while, baking became a way to barter for haircuts, babysitting, and all sorts of things I couldn't otherwise afford.

My ability to make good pies built my confidence, and pumpkins and baking became the cornerstone of my successful effort to get off of welfare. To my surprise, my kids never tired of pumpkins. To this day, they start asking me every October, "when will you start making pumpkin pies?"

Fast forward to about 13 years ago. I'd worked my way off welfare, gone back to school again, and was working as a tech writer in Silicon Valley. There I met a shy and very nice engineer who didn't run the other way when he found out I had three teenagers in my house.

I wanted to show him how much he mattered to me so I made him my best-ever apple pie. It was big and luscious, with a perfect crust, decorated with apples and leaves and cinnamon sugar that sparkled.

I think that may have done the trick, since we are still married happily together after nearly 12 years of teenage drama, layoffs, and mortgage traumas. He definitely knows how I feel about him when I cook for him.

The care and love that went into that pie has become emblematic of how I approach life, and people in particular. It is the touch that says, "I took the time to do it to the best of my ability because you matter to me." It is the antithesis of the quick-fix solutions that have become so fashionable in today's world where it is all about volume and speed.