Accessibility links
Cool Down With A Hot Drink? It's Not As Crazy As You Think : The Salt Hot tea might not sound like the most refreshing of drinks for a 100-degree day. But neuroscientists say that receptors in your mouth may send a cool message when they detect hot foods. 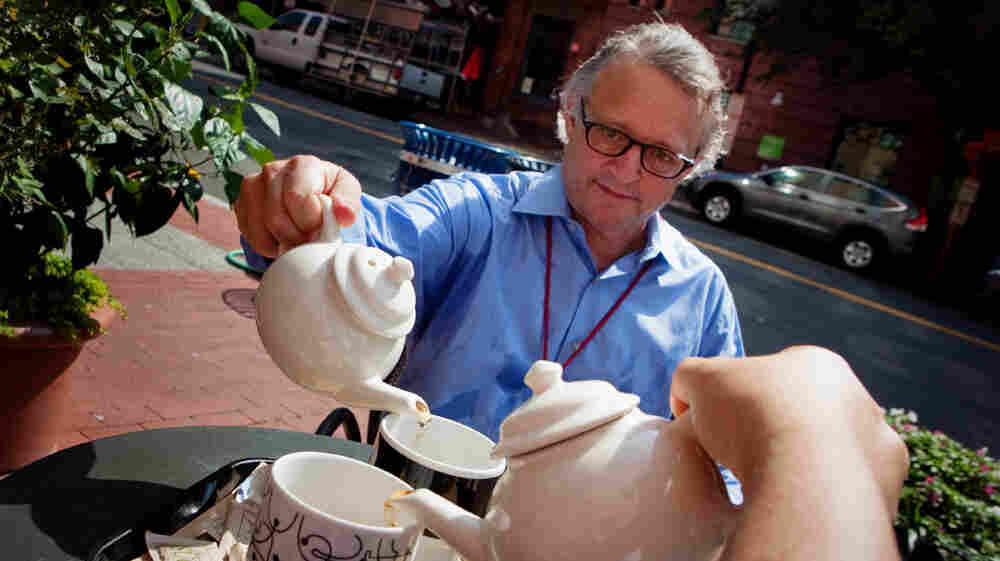 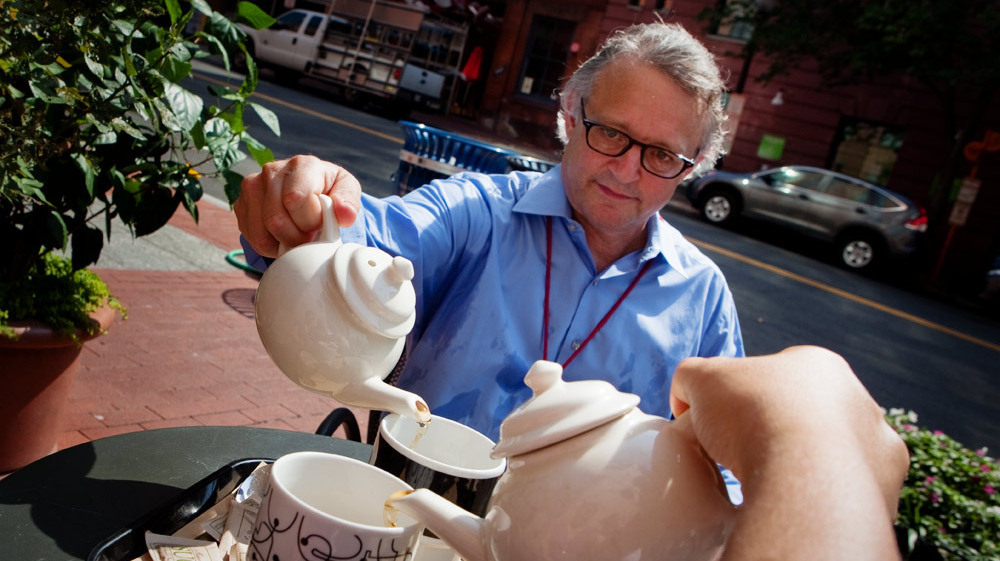 Joe Palca serves up some hot tea on a very hot day at Teaism in Washington, D.C., last week.

Hot tea on a hot day? Not for me, thank you. Not my idea of how to cool down.

But I've been doing a series of stories for Morning Edition called Summer Science, where I tackle such subjects as how to roast the perfect marshmallow and what causes that sharp headache some people get when they eat ice cream. For my next installment, Morning Edition Executive Producer Madhulika Sikka asked me to explain why drinking hot tea cools you off on a hot day.

So I started to make some calls. 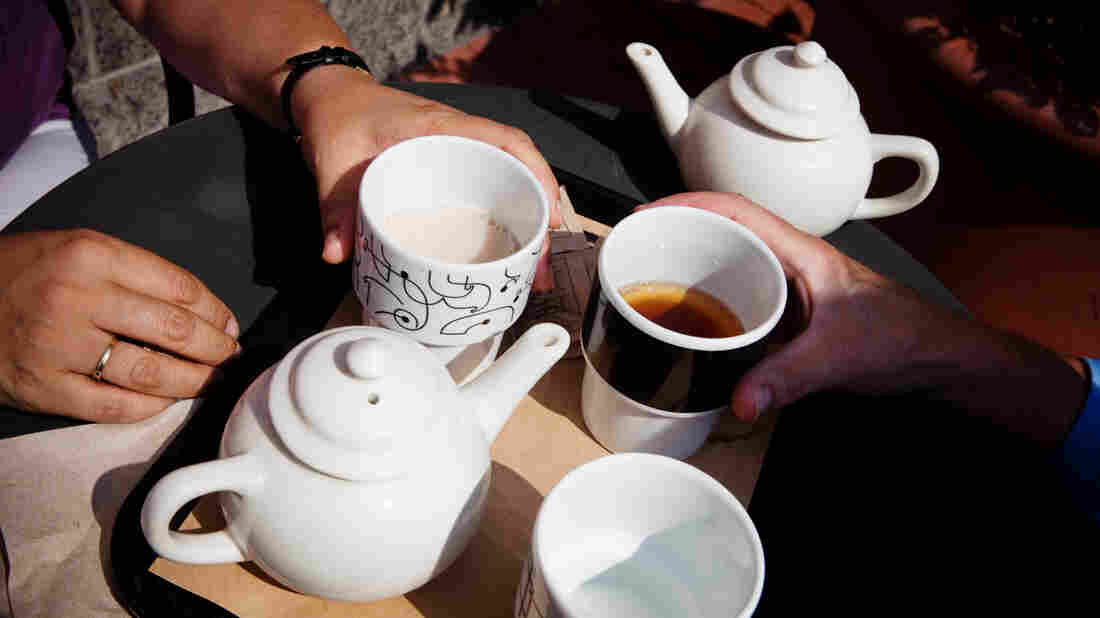 Most scientists I asked for comment demurred, but Peter McNaughton, a neuroscientist at the University of Cambridge, offered an answer.

McNaughton agrees the whole thing is counterintuitive. "Obviously a hot drink makes you hotter and a cold drink makes you colder. So why would you want to get hotter on a hot day?" he asked rhetorically.

Here's how he explains why you might want to do that. Turns out there are nerves in our tongue and mouth that have special molecules in them called receptors. As the name suggests, these receptors receive signals from the world outside the nerve.

Tell The World Your Big Idea In NPR's Video Contest

There are all sorts of receptors in all sorts of nerves, but the nerves in the tongue have a lot of one particular receptor that responds to heat. It's called the TRPV1 receptor, if anyone wants to know.

So when you eat or drink something hot, these receptors get that heat signal, and that tells the nerve to let the brain know what's going on.

When the brain gets the message "It's hot in here," it turns on the mechanism we have to cool ourselves off: sweating.

Yes, the hot drink makes you hotter ... but it does something else, too.

"The hot drink somehow has an effect on your systemic cooling mechanisms, which exceeds its actual effect in terms of heating your body," says McNaughton.

One other interesting thing. These TRPV1 receptors respond to hot heat, but they also respond to chemicals in chili peppers, which is why chili peppers seem hot. "That's probably why chili peppers are so popular in hot countries because they cause sweating and activate a whole raft of mechanisms which lower the temperature," he says.

I have to say I'm still a little skeptical about hot tea on a hot day. I'd still rather have a tall glass of ice water. What about you?

This story is part of Joe's Big Idea, an NPR experiment exploring how ideas become innovations and inventions. Follow us at Facebook.com/JoesBigIdea. And enter your big idea in our video contest.