Accessibility links
Studies Tie Human Bladder Infections To Antibiotics In Chicken : The Salt A new investigative report connects human drug-resistant infections and overuse of antibiotics in animals raised for food. But not everyone agrees the problem of antibiotic resistance is so clear cut. 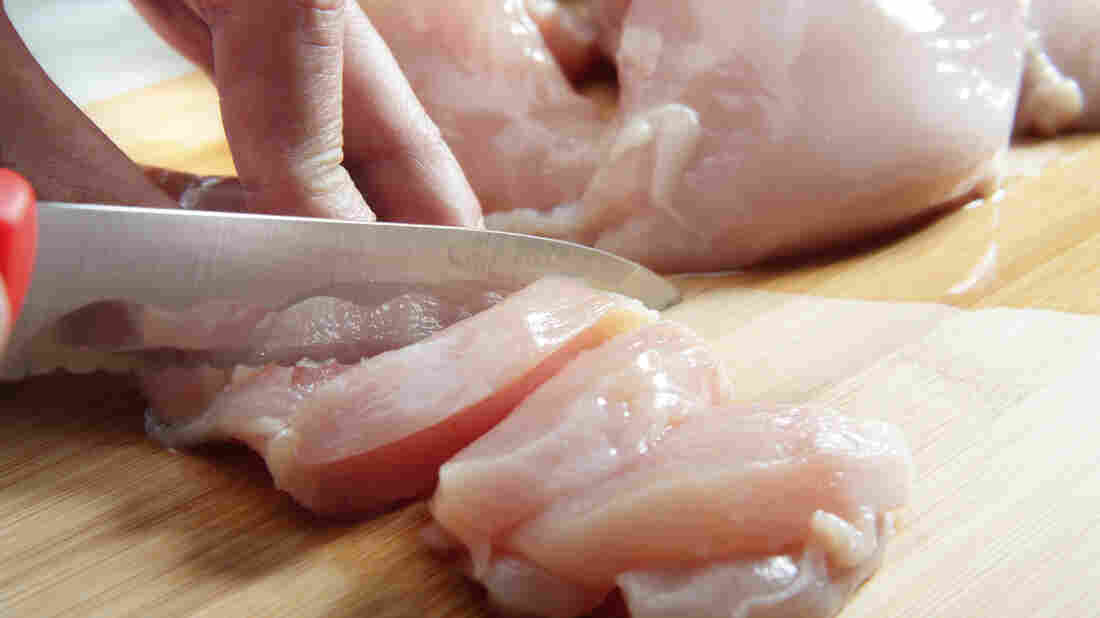 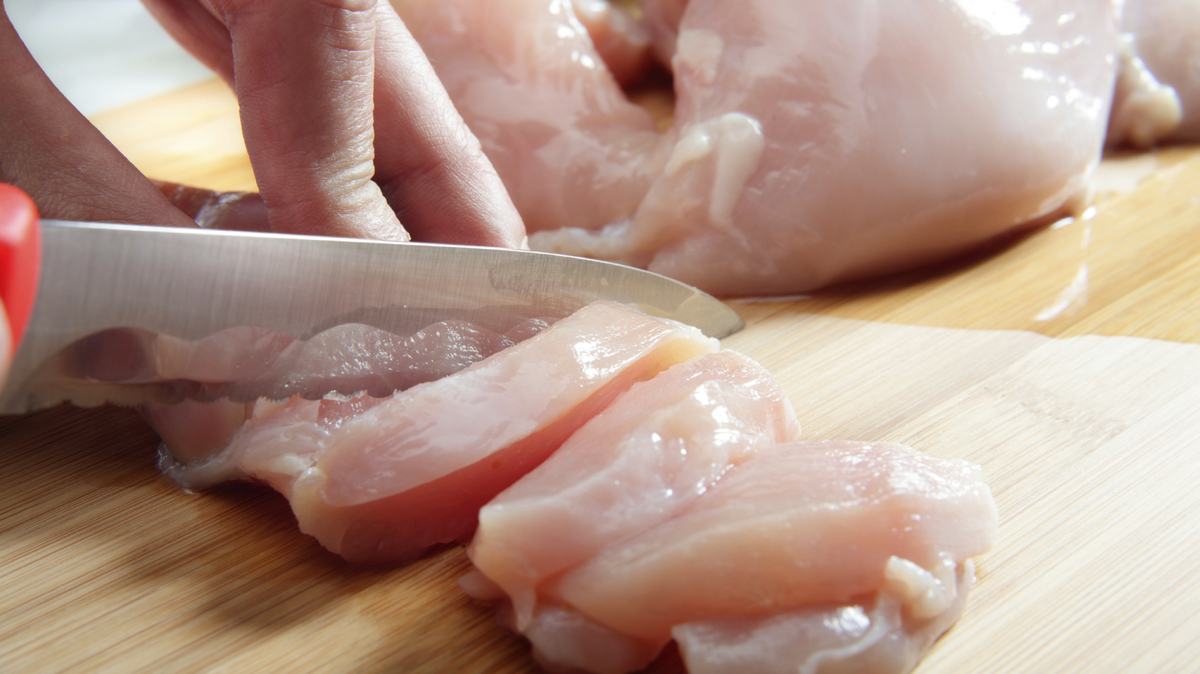 Some chicken contains the same antibiotic-resistant E. Coli that's been found to cause recurrent bladder infections.

What do some persistent human bladder infections and some innocent-looking chicken cutlets have in common? Drug-resistant E. coli, scientists say.

How the same bad bug got in both places is the focus of a recent investigation by Maryn McKenna, a journalist with the Food and Environment Reporting Network who, in her own words, "finds emerging diseases strangely exciting." She's the author of the book SUPERBUG, which is all about drug-resistant staph infections, and she blogs about antibiotic resistance over at Wired.

The results of her investigation were just published in the Atlantic and reported in collaboration with ABC News. We asked her to sit down with The Salt to tell us more about it:

First of all, why did you look at UTIs and antibiotic resistance?

SUPERBUG was about antibiotic resistance, and through the research for that, starting in 2006, I became aware of researchers' concerns about antibiotic use in large-scale agriculture and the possibility that it could create drug-resistant organisms that could cross to humans either in the environment or directly via meat.

And what did your current investigation show?

Researchers in a number of places — United States, Canada, throughout Europe, Australia — show close molecular matches in resistant DNA in strains of E. coli found in three places: In chickens and turkey at slaughter; in chicken and turkey meat; and in human infections. (For a list of McKenna's sources, see her blog post here.)

The strains of E. coli that they have been tracking happen to be the kind that leave the gut to create infections elsewhere in the body. Specifically they are the strains responsible for urinary tract infections, which in the U.S., occur up to eight million times per year, among other things. These findings correlate to an observed rise in resistance in UTIs over the past decade, so much so that the Infectious Diseases Society of America has revised its advice on which drugs to prescribe.

Does this prove a definite link between drug-resistant bacteria in food animals – chickens, in this case – and human infections?

It depends on what "proof" means — and I don't say that to be funny. Because of this decade of research, there is now abundant epidemiologic evidence that this bacterial traffic is occurring. That may be the best science can do, because the experiment that would prove this on an individual level — giving antibiotics to a single animal, watching for the development of resistance, slaughtering the animal, and feeding the meat to someone in an attempt to cause a resistant infection — would be unethical.

What are some of the other possible explanations?

The one I find most interesting is mentioned in the Atlantic piece. That is, that the resistant bacteria in both humans and chickens are part of a greater microbial ecology whose cycling through the environment, agriculture and human society isn't completely understood. (More critiques of the report from the food industry here.)

How concerned should we be about antibiotic resistance found in food animals?

Definitely we should be concerned, for several reasons. The most obvious is that food is an exposure we all share, so an epidemic in which food plays a role has the potential to be very large indeed. The second is that antibiotic use in agriculture dwarfs antibiotic use in human medicine — so to whatever degree human medicine amplifies antibiotic resistance, agriculture is likely to be creating a larger effect. And the third is that, unlike in human medicine, we have almost no surveillance for what resistance is occurring in animals, so we're unable to predict where it might move or what diseases it might cause.

What's the next step?

At the very least, there should be more awareness that these resistant infections are occurring. We found when we talked to patients that they were bewildered by these stubborn infections.

Whether there is ever going to be more control over antibiotic use in agriculture is an open question. There have been some interesting moves at the Food and Drug Administration the past six months, with the FDA choosing voluntary standards on the one hand, and legal rulings on the other hand forcing the agency back toward regulation. It would be reasonable at least to improve surveillance of resistance in agriculture, so we can anticipate what is coming our way.

(This Q and A was edited for length and clarity)