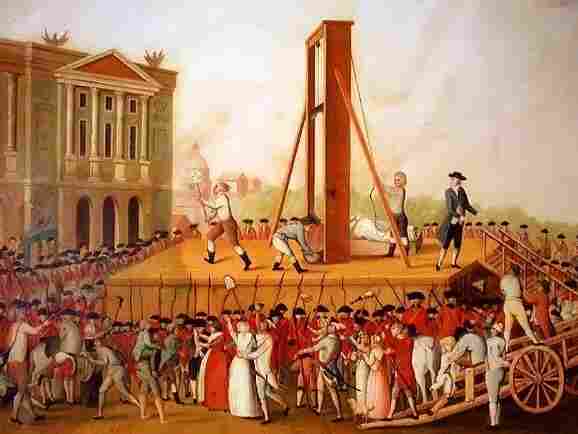 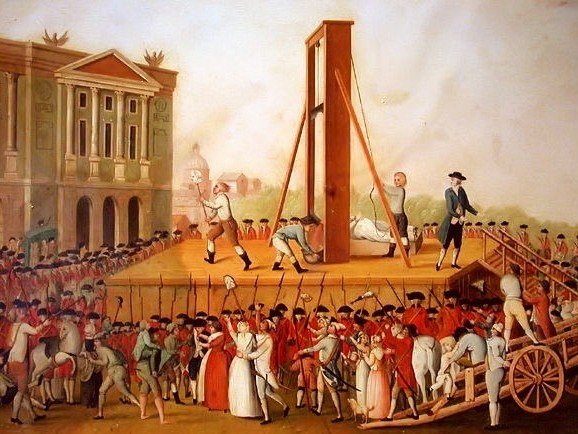 Saturday was Bastille Day, the French holiday commemorating a pivotal moment of the French Revolution: The storming of the Bastille prison. But in addition to remembering the revolutionaries with a spirited verse of "Do You Hear The People Sing?"* should we also celebrate with a plate of veggies?

The French Revolution storyline that lives in history books and popular culture involves the lower classes, driven by hunger and rising bread prices, fighting back against oppression from their 18th century rulers.

However, nearly lost to history were the middle and upper class opponents of the political system, some of whom were reported to have used vegetarianism — not the guillotine — to protest the monarchy.

Vegetarianism during the French Revolution is most often traced to the political writings of Jean-Jacques Rousseau. He was a philosopher who greatly influenced the revolutionaries, says Tristram Stuart, author of the book The Bloodless Revolution: A Cultural History of Vegetarianism: From 1600 to Modern Times.

Rousseau writes in Emile, his treatise on education:

"The indifference of children towards meat is one proof that the taste for meat is unnatural; their preference is for vegetable foods, such as milk, pastry, fruit, etc. Beware of changing this natural taste and making children flesh-eaters, if not for their health's sake, for the sake of their character."

Stuart takes it further. "When revolutionaries fought in the French Revolution, some of them got bound up in this idea that animals, too, were in need of liberation from oppression and from slavery," Stuart says, "and therefore, they built animal rights into their revolutionary ideology."

However, others are not so sure that the vegetarian lifestyle at the time was one of choice. Independent researcher and historical cookbook author Jim Chevalier says "writers write many things, and only sometimes live by them." He points to other references in the works of Rousseau's contemporaries that indicate he ate meat, or at least served it at his home.

Still, Stuart says many modern vegetarian convictions, including effects on land use, animal rights, and health were formed in the 17th and 18th centuries. "So we're [vegetarians] not anymore saying that we need to join a revolution to get rid of the aristocrats," he says. "We're talking more about international justice and whether or not rich countries are depriving poor countries by taking grain off the world market to feed their livestock."

Published and unpublished personal letters from the Marquis de Valady, an aristocrat-turned-revolutionary, are an important source of information about political vegetarianism at the time, says Stuart. Valady was a student of Rousseau's works and, recounts the benefits of vegetarianism, as well as the negative social reaction to his own choice of diet, Stuart says.

Salon's Laura Miller, who criticizes several aspects of Stuart's book, acknowledges Valady's vegetarianism and the negative reaction he received from prominent homeowners of the day when he demanded vegetables and fresh milk.

The reality is, vegetarians of the time were probably not trading recipes for the best spinach soufflé. "Their main message was abstinence from a particular kind of food, rather than indulging in and relishing the vegetable foods that were out there," Stuart says.

Also, fruits and vegetables were considered unhealthy at the time, compared to a hearty diet of meats, Stuart points out. However, when Vitamin C was discovered as a cure for and prevention of scurvy, it offered some validity to the vegetarian diet, Stuart says.

Of course, political vegetarianism did not begin or end with the French revolutionaries.

Vegetarians have been prominent political leaders, from Gandhi to Hitler (the latter's status being highly debatable.) So it wouldn't be too surprising that there could have been a few influential ones during the French Revolution, too.

*Though people do associate this anthem with the French Revolution, it's actually from a musical based on the novel Les Miserables, which takes place much later, culminating in the June Rebellion of 1832. Same sentiment, different time.