Accessibility links
As Drought Kills Corn, Farmers Fight Over Ethanol : The Salt Livestock and chicken farmers say the government's ethanol policy inflates fuel prices and forces them to compete with fuel companies for corn the fuel companies don't even want. This year, gas companies are required to buy 13 billion gallons of ethanol. 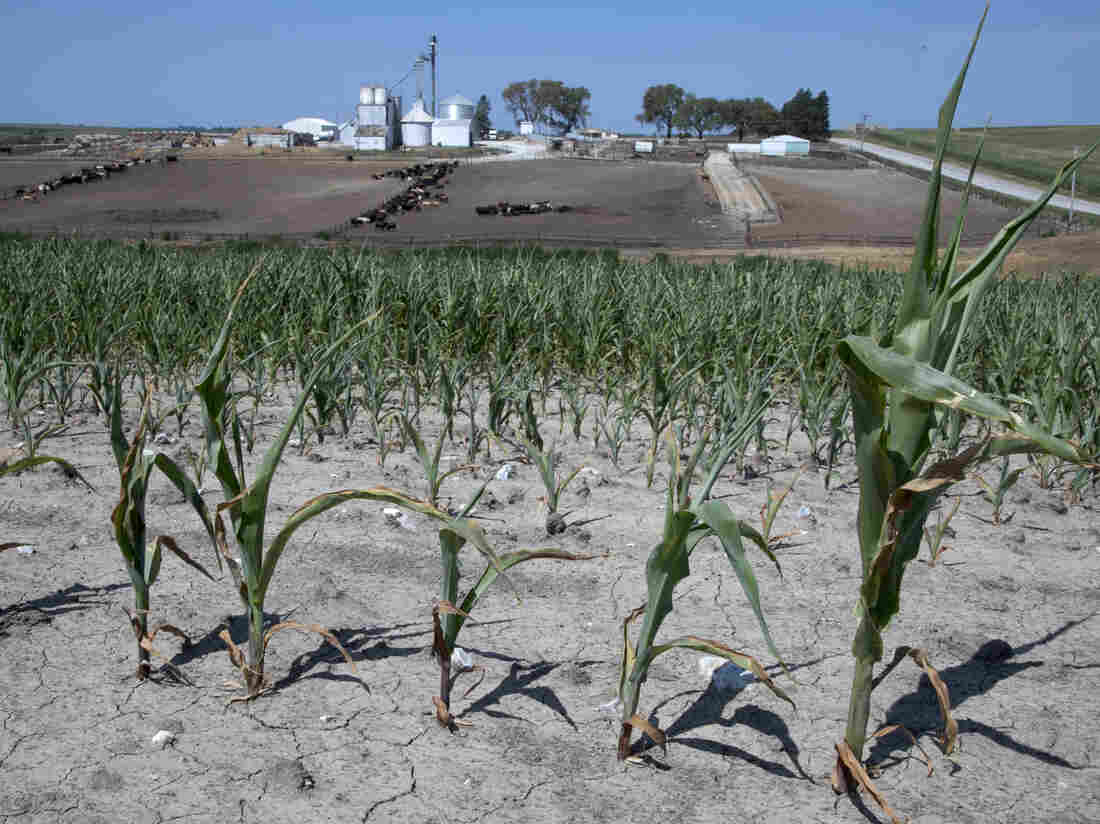 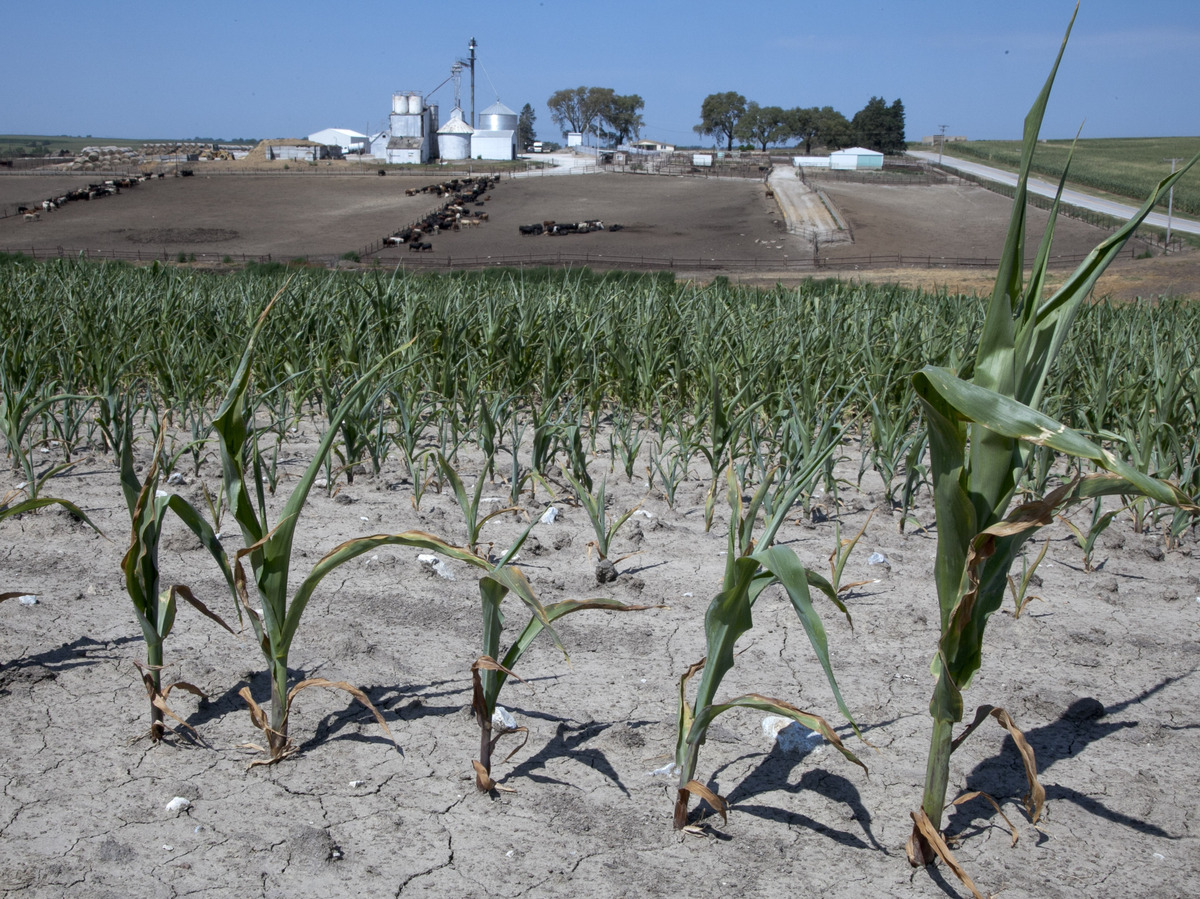 Stunted corn grows in a field next to a cattle feed lot in rural Springfield, Omaha, Neb.

We often talk about the "farm lobby" as though farmers spoke with a unified voice. And it's true, they usually try to.

But an unusually bitter and public fight is breaking out right now between the farmers who grow corn and other farmers who need to buy that corn.

There are two reasons. The first is the drought that's killing corn and soybean fields across the Midwest, sending feed prices are soaring and fraying the nerves of livestock producers, who are wondering whether they'll even manage to stay in business.

The second reason is ethanol.

Farmers who raise America's cattle, hogs, and chickens never appreciated Washington's infatuation with biofuels — especially ethanol that's produced from corn. After all, when the government nudges more corn toward ethanol factories, it means that there's less available for animals. Last year, in fact, 40 percent of the country's corn harvest went to ethanol production.

In good years, when corn is plentiful and prices stay low, no one complains too much.

In bad years, though .... well, this morning, a coalition of groups representing America's livestock and chicken farmers delivered an angry attack on the "Renewable Fuel Standard," which requires gasoline companies to buy a minimum amount of ethanol — 13 billion gallons this year — and blend it into gasoline supplies. The groups released a new study that argues that this ethanol mandate does very little good: It increases the cost of gasoline and makes the country no less dependent on energy imports.

Even worse, the meat producers say, it creates unfair competition for corn. The mandate forces gasoline companies to buy billions of gallons of ethanol that they don't even want, driving corn prices through the ceiling and potentially forcing livestock producers into bankruptcy.

Of course, corn farmers see nothing at all wrong with soaring prices and a guaranteed market for their harvest. Gary Niemeyer, president of the National Corn Growers Association immediately came to the defense of ethanol mandates. "Now is not the time for changes. It's working," he wrote in a statement to the press. "Now more than ever, U.S. agriculture needs to pull together."

The Environmental Protection Agency, which oversees the renewable fuel program, could step in and reduce the amount of ethanol that gasoline companies are required to blend into fuel this year. But Wallace Tyner, an expert on ethanol markets at Purdue University, says that's extremely unlikely, and wouldn't have much effect anyway. Gasoline companies are well on their way to fulfilling their requirements for 2012 already.

The real battle, he says, will be fought over ethanol production next year. If the drought continues, and corn prices rise even more, gasoline companies won't want to buy that expensive ethanol, and livestock producers will be fighting for their survival. And the EPA will face intense pressures to cut the safety net for ethanol producers. It is expected to announce its ethanol requirements for 2013 in November.