Accessibility links
Cargill Warns Of Salmonella-Tainted Ground Beef In Latest Recall : The Salt At least two people have been hospitalized in a Salmonella Enteritidis outbreak tied to ground beef from a Pennsylvania Cargill beef plant. The company is warning consumers to check packages in their freezers before consuming ground beef. 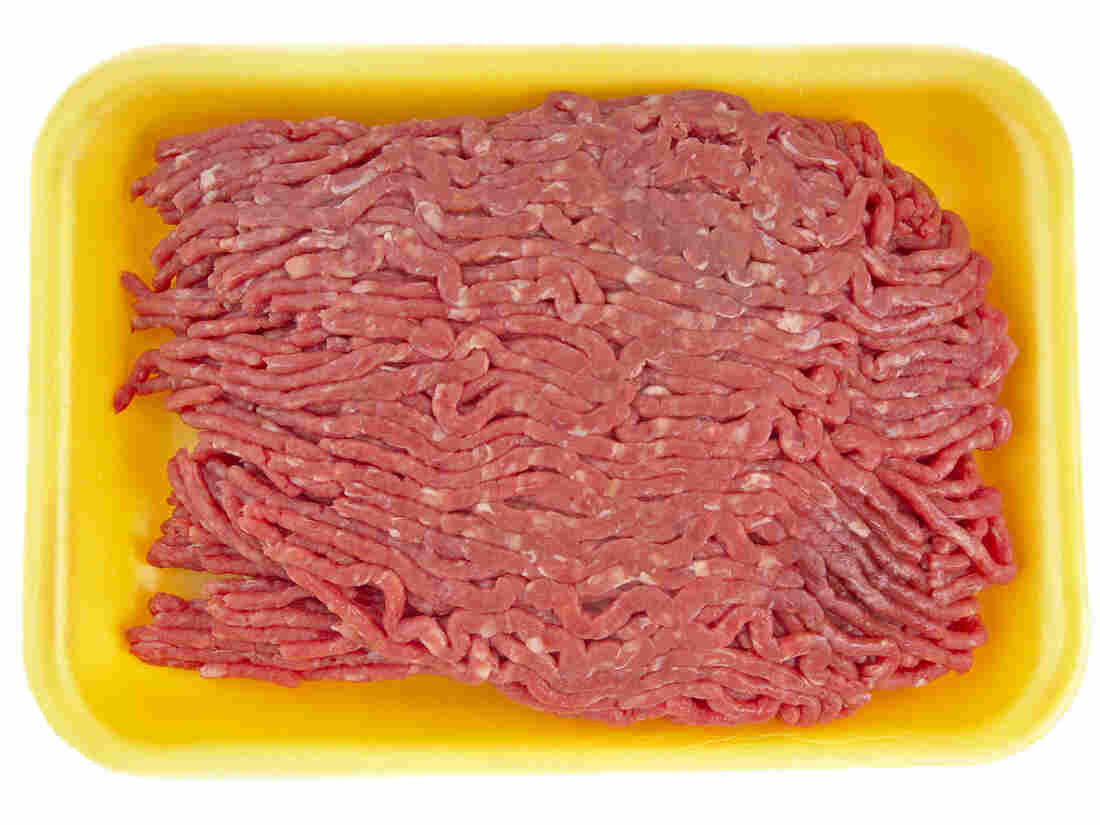 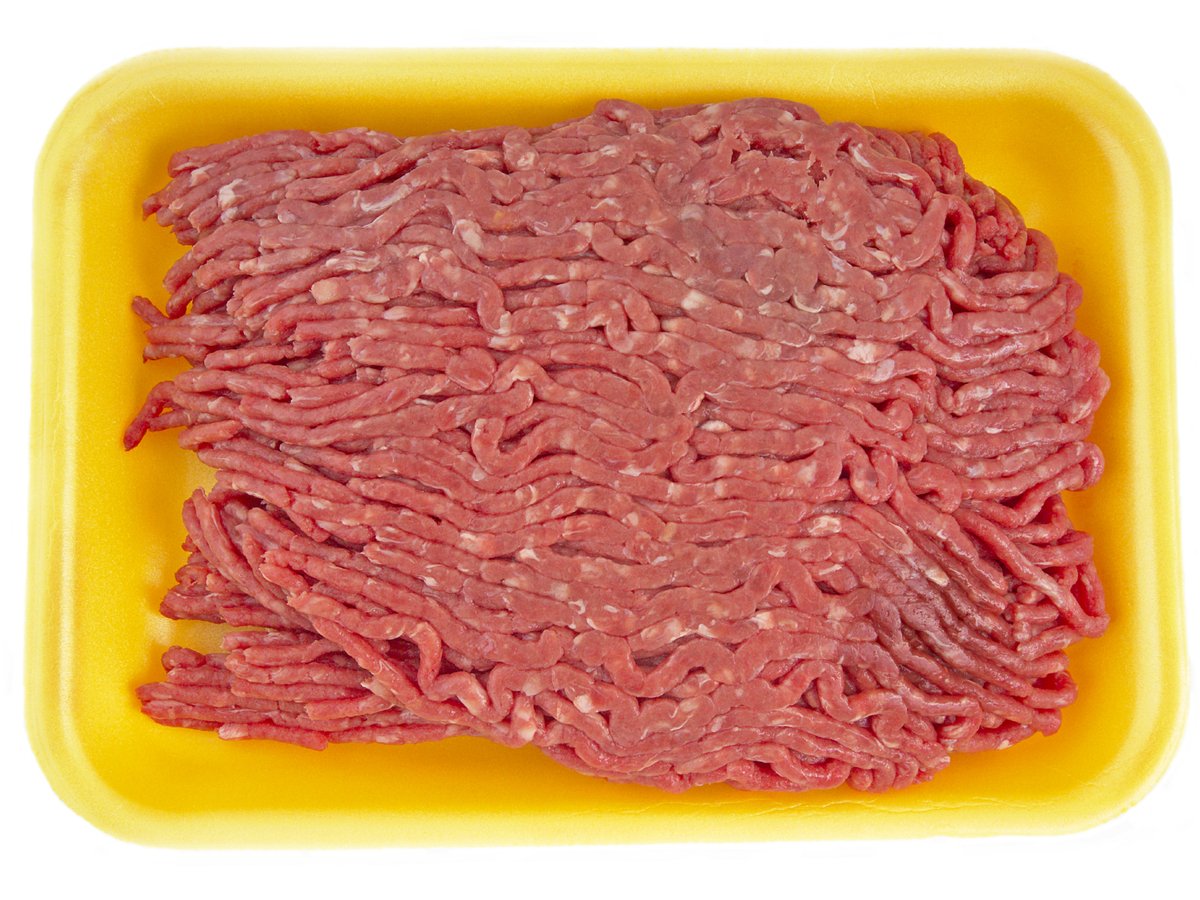 Salmonella traced to ground beef processed by Cargill is being recalled from Hannaford grocery stores.

If you think you've been hearing more about product recalls lately, you have. But if "recall fatigue" is setting in, you need to shake it off for this one: Cargill Beef Solutions is announcing a recall of about 30,000 pounds of fresh ground beef from a Pennsylvania plant because of possible contamination with Salmonella Enteritidis.

The products were sold to wholesalers in 14 pound packages labeled "Grnd Beef Fine 85/15" for further processing, according to a news release from the U.S. Department of Agriculture's Food Safety Inspection Service.

That means stores have taken the meat and repackaged it for consumers into smaller containers under different labels. Still, the packages should bear the establishment number "EST. 9400," and a use-by date of May 25. "FSIS and the company are concerned that some product may be frozen in consumers' freezers," FSIS says.

So far, FSIS says the retail packages of beef have been traced to Hannaford grocery stores, a chain primarily found in northern New England.

This recall is small compared to last year, when Cargill recalled 36 million pounds of ground turkey due to Salmonella, and then another 185,000 pounds a month later. Cargill spokesman Michael Martin tells The Salt the incidents are unrelated.

Cargill Beef President John Keating apologized to those who became ill after eating the ground beef. "Ensuring our beef products are safe is our highest priority and an investigation is underway to determine the source of Salmonella in the animals we purchased for harvest and any actions necessary to prevent this from recurring," he says.

But are consumers getting the message about recalls? Yes, maybe too much information, experts say. Just in the last month, the government has announced recalls of infant dietary supplements for possible salmonella contamination and chicken for potential Listeria contamination.

It's not just food. Recalls on all consumer products, including drugs, medical devices, and food, increased 14 percent between 2007 and 2010, according to data from the Department of Agriculture and the Consumer Product Safety Commission. USA Today reported last month that there were 1,460 recalls in 2007. By 2010, that number jumped to 2,081. Last year, consumers were hit with 2,363 recalls - or about 6.5 a day.

Stores and government officials say the surge is due to better oversight, better testing, and increased communication about recalls, but some fear consumers may be developing "recall fatigue" and are tuning the messages out.

The government maintains a website where people can track recalls — www.recalls.gov — but it amounts to overload, William K. Hallman, professor of human ecology at Rutgers, the State University of New Jersey, told the Washington Post recently.

Hallman conducted a national survey last year that found 12 percent of people who responded said they knowingly had eaten a recalled food.

UPDATE: There is a way for consumers to customize at least some food recalls. A spokesman for FSIS pointed out that people can sign up for FSIS' Twitter alerts by location — just scroll to the bottom of this page and click on your state.