Accessibility links
A Bartender's Antidote To Sweet And Citrus? Bitter Bark, Myrrh And Secrets : The Salt In a world of citrusy, sugary drinks that can all taste alike, Fernet Branca stands alone. It has a cult following within the U.S. that elicits a strong reaction, whether its your first sip — or a regular ritual. As we found out at a recent tasting, Fernet's centuries old secret recipe delivers. 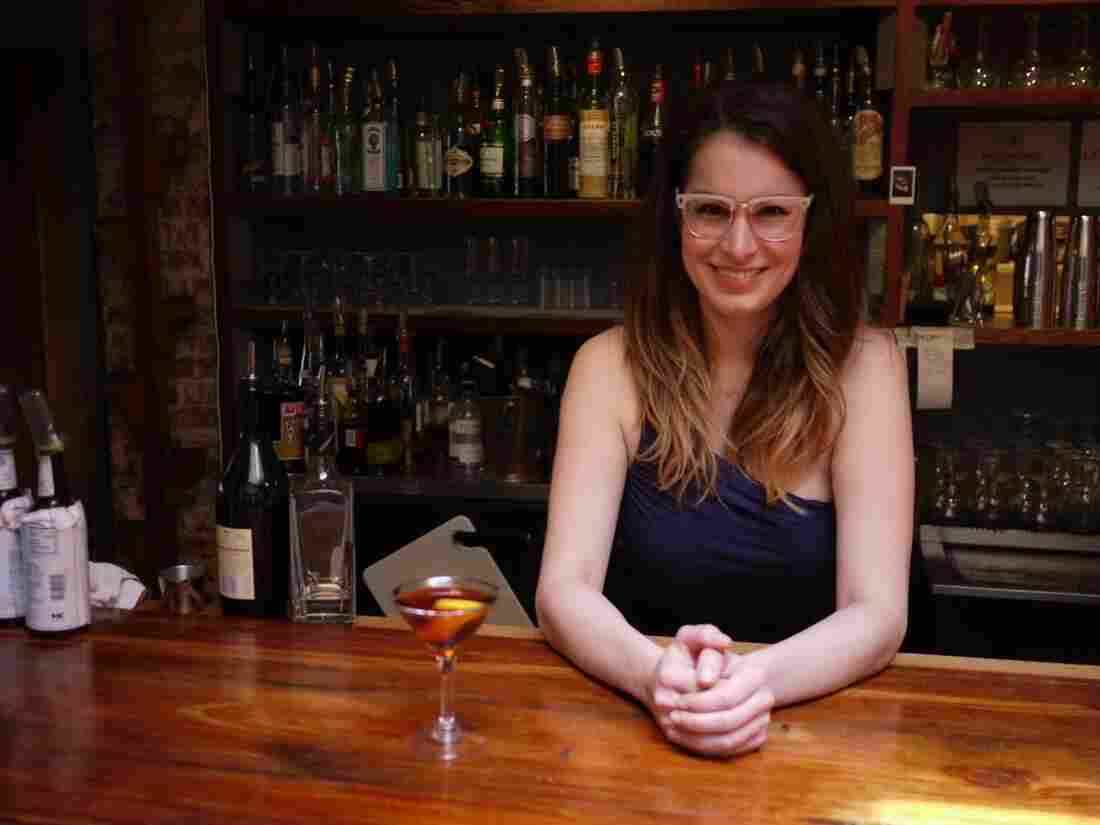 Alexandra Bookless, head bartender at The Passenger, suggests starting off with Fernet in a cocktail like the Hanky Panky. Bill Chappell/NPR hide caption 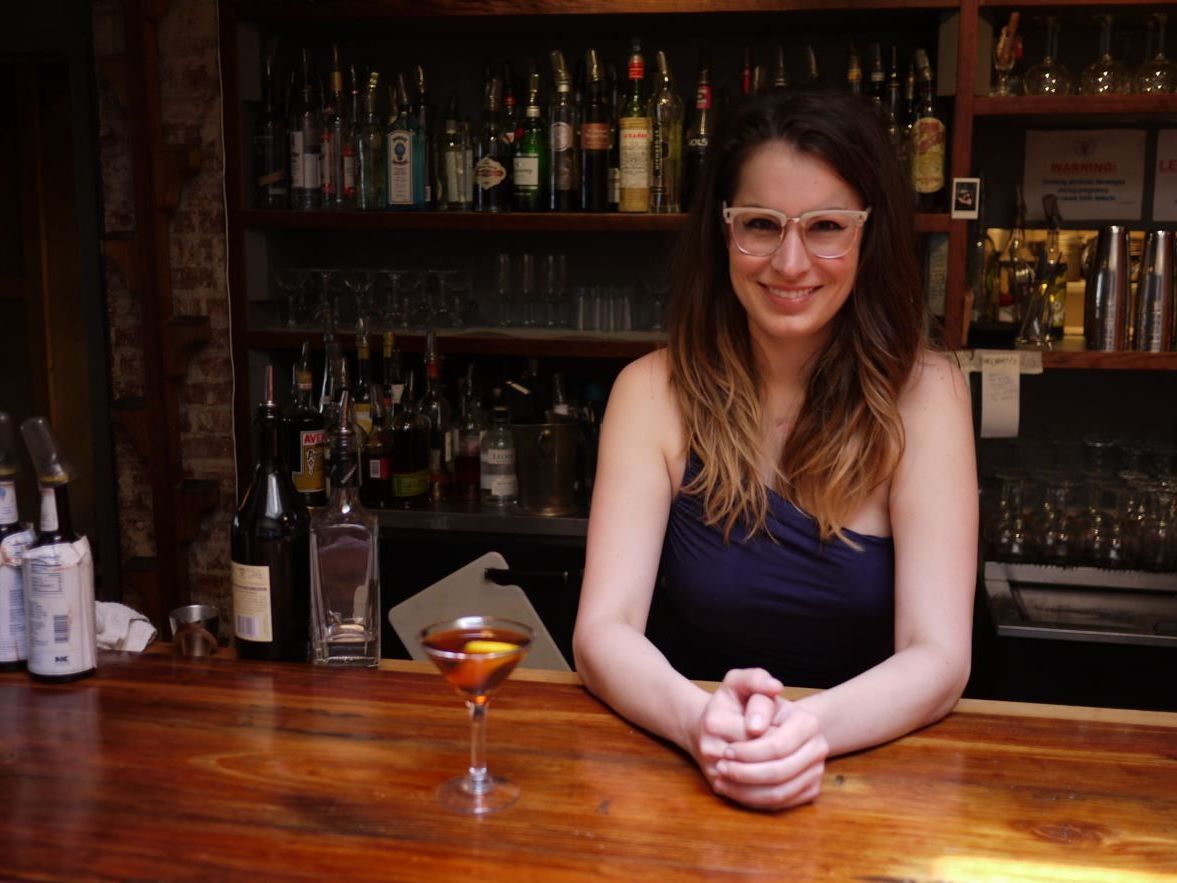 Alexandra Bookless, head bartender at The Passenger, suggests starting off with Fernet in a cocktail like the Hanky Panky.

For bartenders, the words "last call" have a hidden meaning: It won't be long before they're enjoying a drink of their own. And after hours of making tonics, flips and fizzes, what does a bartender drink? Often, the answer is short and simple: Fernet.

In a world of citrusy, sugary drinks that can all taste alike, Fernet Branca stands alone. Depending on how your palate responds, the Italian digestif can be called everything from refreshingly bold to an acquired taste to cough syrup that's gone bad.

Fernet Branca's dark and rusted honey-toned color promises an intense experience. As we found out at a recent tasting, Fernet, which is part of the amaro (Italian for bitter) family of liqueurs, delivers.

For the uninitiated, there are different levels in the Fernet experience, from sipping it after an Italian meal to mixing it in a cocktail — or going straight to the top, and taking it as a shot after a hard night's work.

"I don't know what it is," she adds. "Maybe they have been drinking and eating all day, or tasting drinks and tasting bites of food all day — and this is something that works for their palate." 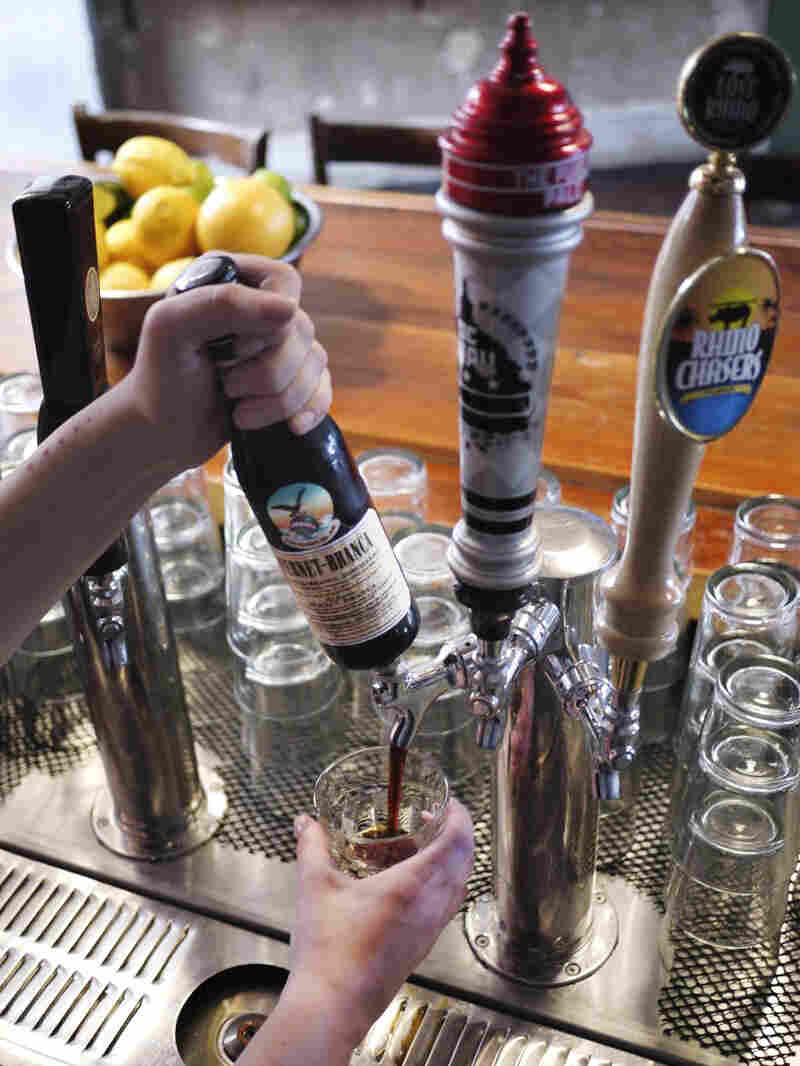 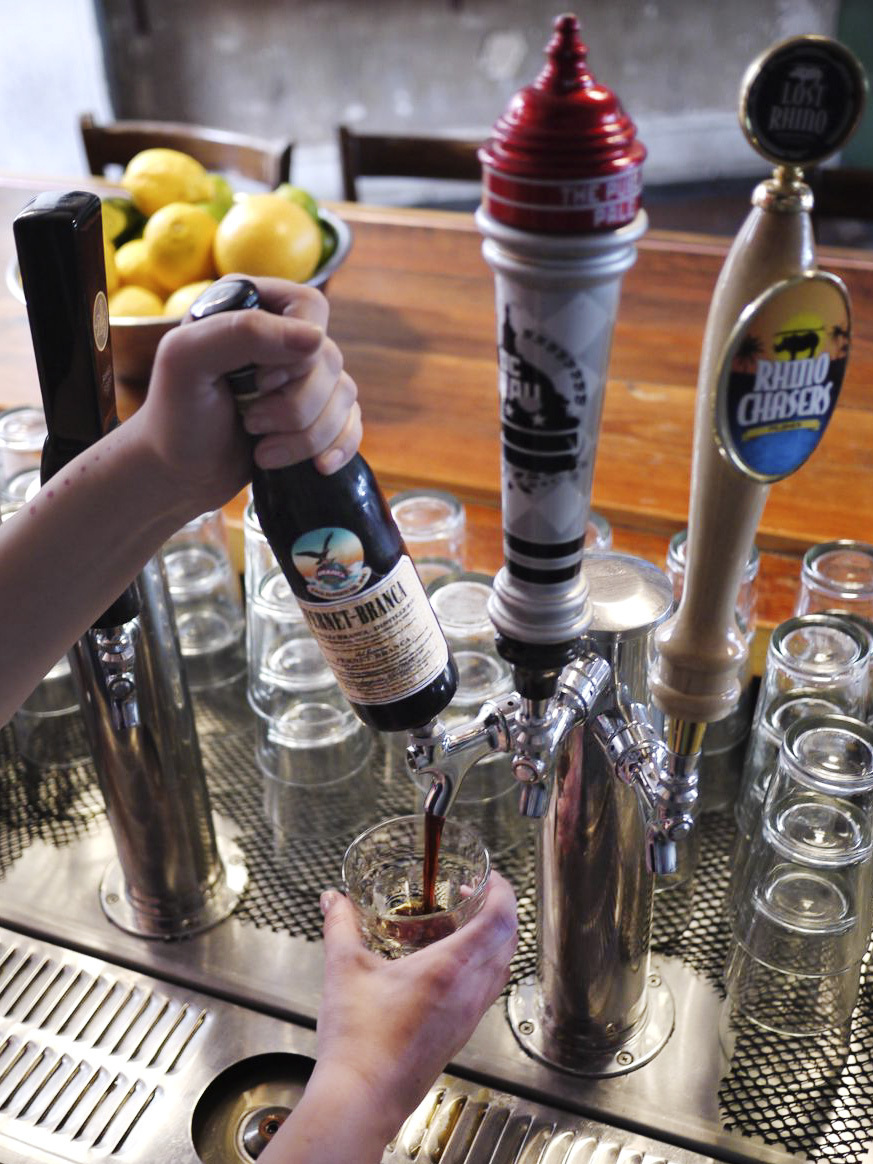 That search for a palate refresher means The Passenger goes through about a case of Fernet Branca a week, she says. In fact, it's become popular enough to place the amaro on tap, nestled among the bar's draft beers.

Other cities have been on the Fernet bandwagon for years. San Francisco has long had the greatest demand in the U.S., accounting for about a 25 percent of sales, according to The Atlantic. A Boston bar has also put Fernet on tap — and the company itself is pushing its brand, teaming up with bloggers to drive a black and tan Fernet van around major U.S. cities.

But it's still basically an insider's drink. As a Bay Area fan once explained, between bartenders, Fernet is "like a secret handshake."

Bookless of The Passenger says that people who work in restaurants and bars come in and try to convert people.

Fernet's producers seem to disagree with consuming a straight shot of the amaro, saying "it should never be drunk too quickly" — but that doesn't discourage seasoned drinkers from pushing it on their friends. Solidifying its cult status, a website has popped up that posts photos of people reacting to their first taste of Fernet. The expressions often range from disgust to apparent pain.

If you're new to Fernet, Bookless suggests starting out by adding it to a cocktail, then working your way up to drinking it straight. Here's The Passenger's version of the Hanky Panky:

Fill a shaker glass halfway with ice. Pour equal parts gin and sweet vermouth — about 1.5 ounces each, for a single drink. Add half a bar spoon of Fernet Branca. Stir until chilled, and strain into a chilled glass. Garnish with lemon peel.

Besides its pungent blend of mint and licorice, Fernet's flavor is bolstered by dozens of secret ingredients, which its producers say come from four different continents, including myrrh (Africa), chamomile (North America), cinnamon (Asia), and the roots of lime trees (Europe).

And that multicultural background is what sets it apart.

"Typically, an amaro is a grape-based spirit," says Bookless. "It's kind of like a brandy and then they infuse it with lots of herbs and spices and bittering elements such as bark to kind of get the bitterness — which a lot of people say helps settle the stomach after a big meal."

An American craft version of the liqueur was released just this year. But to most folks, Fernet implies Branca. That's the name of the family that has been making the drink since the 1800's.

"Renew but conserve" is the Branca family's motto. And as cocktails have been maturing, with drinkers pushing aside apple martinis in favor of old-fashioned mixes, it doesn't get any more grown up than Fernet Branca.

If you need proof of that idea, consider this: the late writer Hunter S. Thompson famously relied on it to clear up even the most stubborn hangover, even if it didn't always work.