Accessibility links
Designer Kitchens And Why We Think We Need Them : The Salt Trophy kitchens rule the real estate market, but fewer of us than ever actually cook, or need granite counters and Viking ranges. It's more about the look than the practicality, one realtor admits. 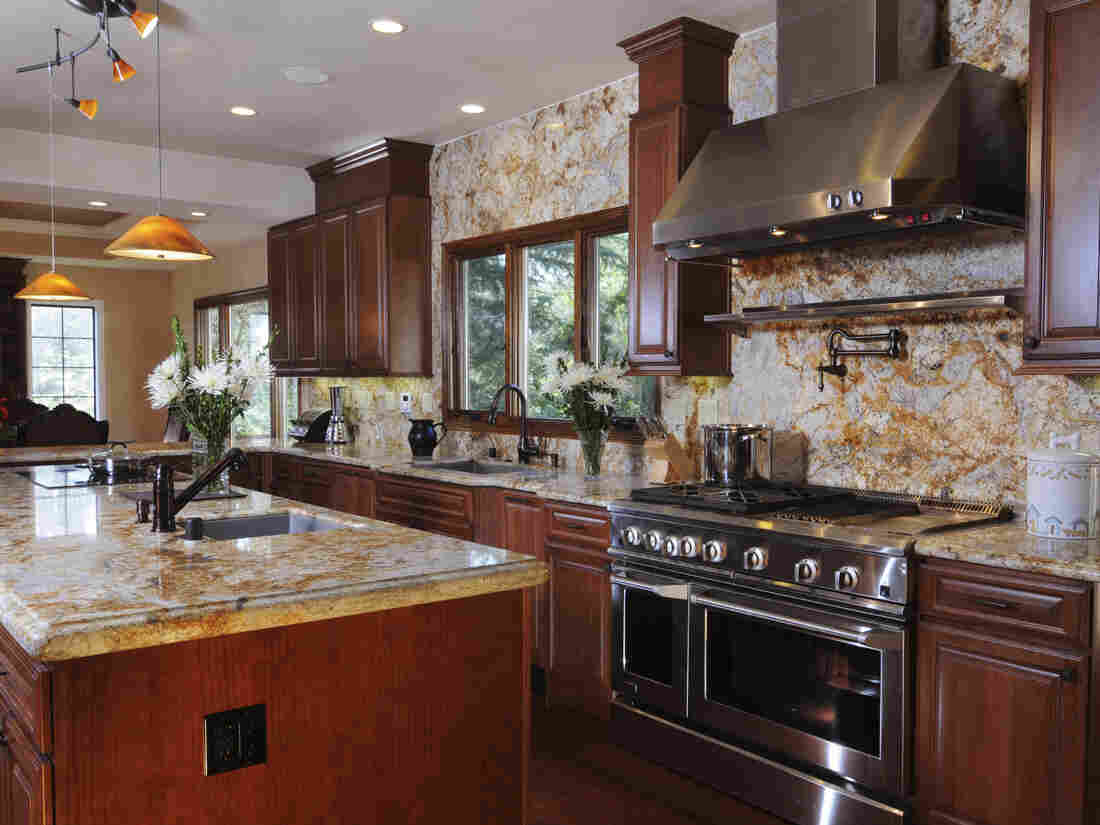 Do you really need a kitchen like this to boil water? iStockphoto.com hide caption 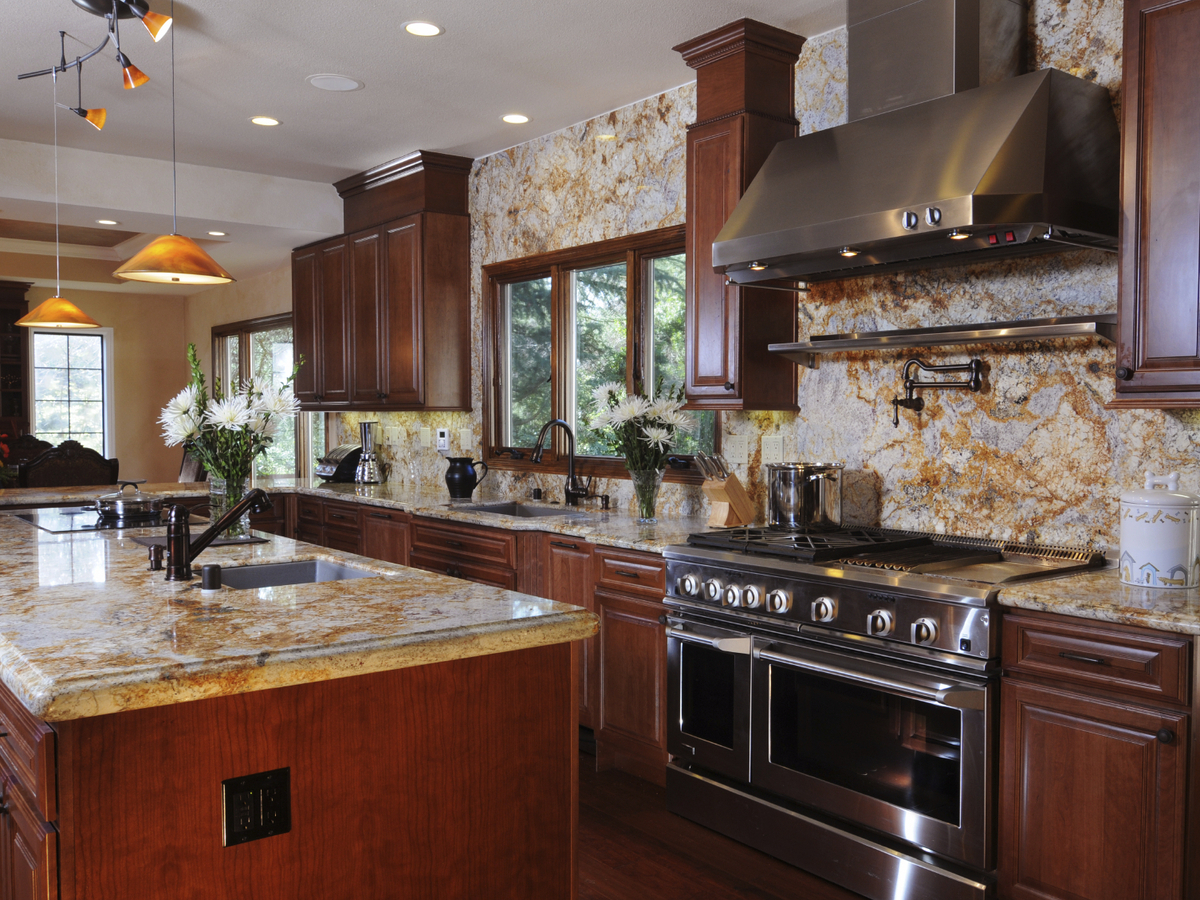 Do you really need a kitchen like this to boil water?

If you've ever tuned in to TV shows like HGTV's House Hunters, you've heard many an aspirational "hunter" lamenting the woes of a home without kitchen upgrades: They want to know, where are the granite countertops, stainless steel appliances, high-end fixtures, and custom cabinets?

Now, people have cooked for centuries using nothing more than simple tools and heat from a fire or the sun. So how did Americans get this way, expecting expensive kitchen trends and technology to show up in even very average priced homes?

"People see their kitchen as the centerpiece of their house, in terms of entertaining and people hanging out," says Arlington, Va., real estate agent Brian Block. So getting a trendy new kitchen is like getting in shape before a high school reunion; sure it's great for you, but it's even better if someone else sees it.

And while House Hunters may not be a totally accurate representation of the average home buying process, Block says that well over half of the homes he represents are sporting granite and stainless steel — a trend that's evolved over the last few years and doesn't seem to be going away any time soon.

Luxury trends might also be propelled by agents and home buyers who use the term "move-in ready" to describe homes with high-end kitchens. Even though reason suggests that a kitchen with white appliances is just as good for making dinner as one with stainless steel appliances, many home buyers demand upscale upgrades.

"The look is more important [to the buyer] than the functionality," Block tells The Salt. "In some of the high end homes, they're purchasing restaurant grade stoves, and you don't need that to boil eggs or cook soup."

So with commercial-grade cooking implements, are we as a nation becoming more skilled with the santoku and well-versed with the whisk?

Probably not, suggests a report from the National Restaurant Association.

According to their study, 48 percent of the money spent on food in the U.S. today goes to a restaurant, while in 1955, only a quarter of every food dollar was spent in restaurants. This means that, on the whole, Americans are spending less money on food that will be prepared at home in their stylish new kitchens.

And those unused designer kitchens sitting back at home are not cheap either. An upscale major kitchen remodel in the U.S., including custom cherry cabinetry, stone counter tops, and high-end appliances costs an average of nearly $111,000, reports a yearly study done by Remodeling Magazine.

Other items once more functional than beautiful, like pots and pans and canisters for dry goods, have also received expensive face lifts for display on trendy open racks and shelves.

However, some foodies actually do use those expensive appliances to prepare gourmet meals. "It was like this great gift that it was in the kitchen already," Amanda Hesser, co-founder of the online food community Food52, says about the apartment she moved into in 2002. "I came from an apartment that had the classic tiny four burner stove. It was like holding a candle under your sauté pan, so I'm absolutely in love [with my new place]," she says.

But Hesser, a best-selling author and James Beard Award winner, used her old, utilitarian kitchen during her years as a food writer with The New York Times. She says that a dedicated cook can produce nice meals in any kind of kitchen. "If you're pretty disciplined about using the space in your kitchen, you can make any space work. My ironing board became a backup countertop," she says. "Before dinner parties, I stored desserts in my bedroom."

Ultimately, the factors that go into purchasing a home are mostly about personal preference, and if you've been saving up for that fabulous dream kitchen, go for it. Remember though, maintaining a healthy kitchen perspective might also be a good idea.

"A nice kitchen has come to represent some sense of accomplishment, and there's nothing bad about that," says Hesser. "But how it gets expressed has maybe gotten a little carried away."