Accessibility links
Laws That Target Homeless Imperil Programs That Feed Them Outdoors : The Salt Many of the hungry and homeless depend on meals served by nonprofit groups in parks and other outdoor areas around the city. But new laws would force those groups to close down or continue serving meals only in indoor spaces. 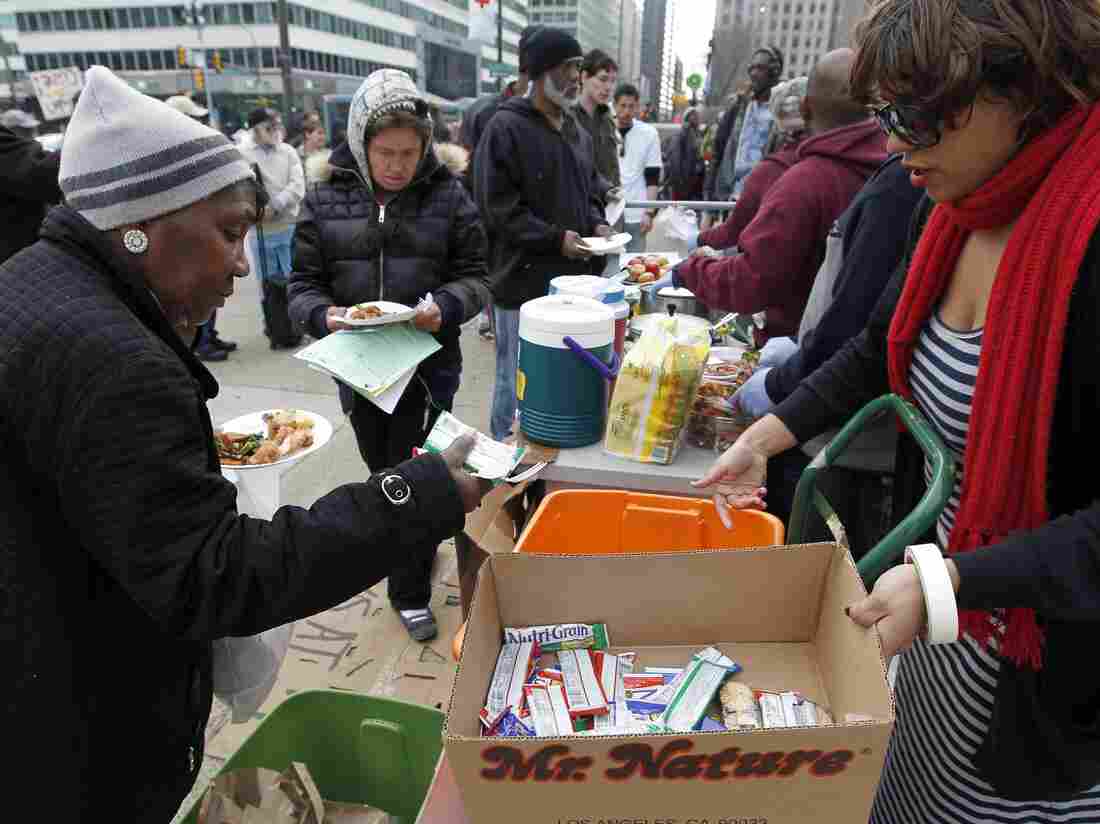 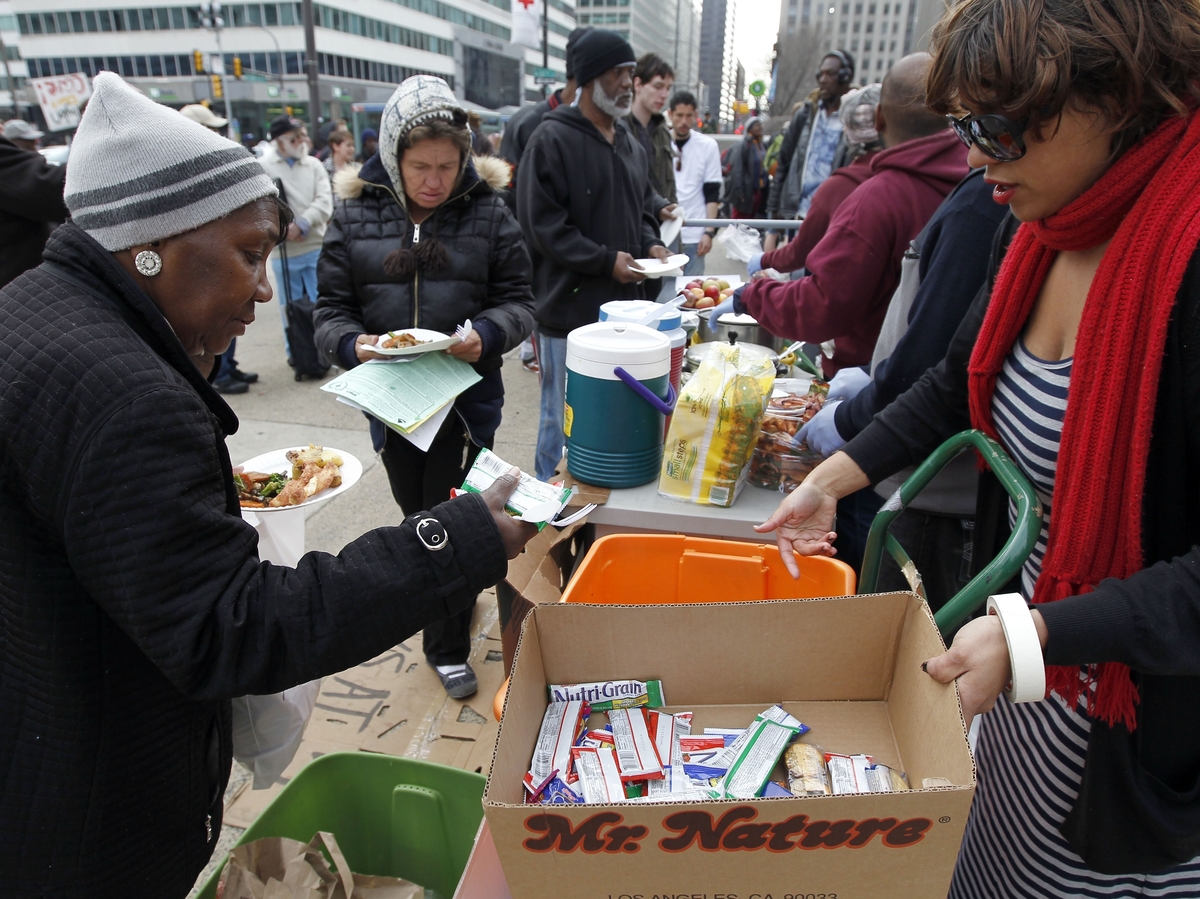 A growing number of cities want to tackle the problem of homelessness by outlawing what are known as "acts of daily living" — sleeping, eating and panhandling in public. In Philadelphia, a new rule is targeting not the homeless but those who feed them.

When Philadelphia Mayor Michael Nutter announced the ban on serving food in public parks last March, he said moving such services indoors was part of an effort to raise standards for the homeless.

"I believe that people, regardless of their station in life, should be able to actually sit down, at a table, to a meal inside, away from the heat and the cold, the rain and the snow, the vehicle exhaust and all the other distractions of everyday city life," Nutter said at a press conference.

But many advocates for the homeless are skeptical. "We at the national level see this as a trend much more about restricting activities that really define the homeless experience," says Neil Donovan, the executive director of the National Coalition for the Homeless.

"We do feel that communities are really, really frustrated with repeated efforts to end homelessness that have been quite unsuccessful," says Donovan. "But we push back and say, you know, that doesn't mean that you simply throw your hands in the air and make criminals out of homeless people."

Donovan says around 30 cities have restricted food sharing in some way.

He argues that the rules, and a growing number of ordinances against loitering, panhandling and camping, don't just marginalize the homeless. "It really takes the focus off of solutions and puts it much more on restrictions," he says.

In Philadelphia, some charity groups have moved to a space near City Hall, equipped with portable toilets and hand-washing stations. The space is being offered by the city as a temporary solution until more indoor meals can be offered.

Other groups have already moved inside, to places like the downtown church of minister Bill Golderer.

In the church, groups offer meals three times a week, and at the same time connect guests with on-site health care and social service providers.

Golderer says he doesn't exactly support the ban on outdoor meals for the homeless, but he does think the hungry deserve better than they're getting now.

"Maybe this is the time to look at a new approach," he says. "Maybe we haven't done everything we can. Maybe we haven't looked at every opportunity to serve people better."

Philadelphia's ban was scheduled to go into effect June 1, but the city is delaying enforcement until a judge addresses a lawsuit filed by religious groups that claim it is unconstitutional.

Already, though, the city's hungry say it's getting harder to find meals in their usual spots. Chiekh Dai was waiting at the foot of a statue near Museum Row on a recent afternoon when no one showed up to serve.

A Philadelphia city spokesman wouldn't comment for this story owing to the pending litigation. Similar measures in Las Vegas and, more recently, Houston, have been rolled back after public outcry or legal challenges.