Accessibility links
How Climate Change Is Changing The Oyster Business : The Salt Oyster farmers have developed coping strategies for the higher levels of carbon dioxide that make it hard to grow oysters off the West Coast. But some scientists warn that the problem is only going to get worse. 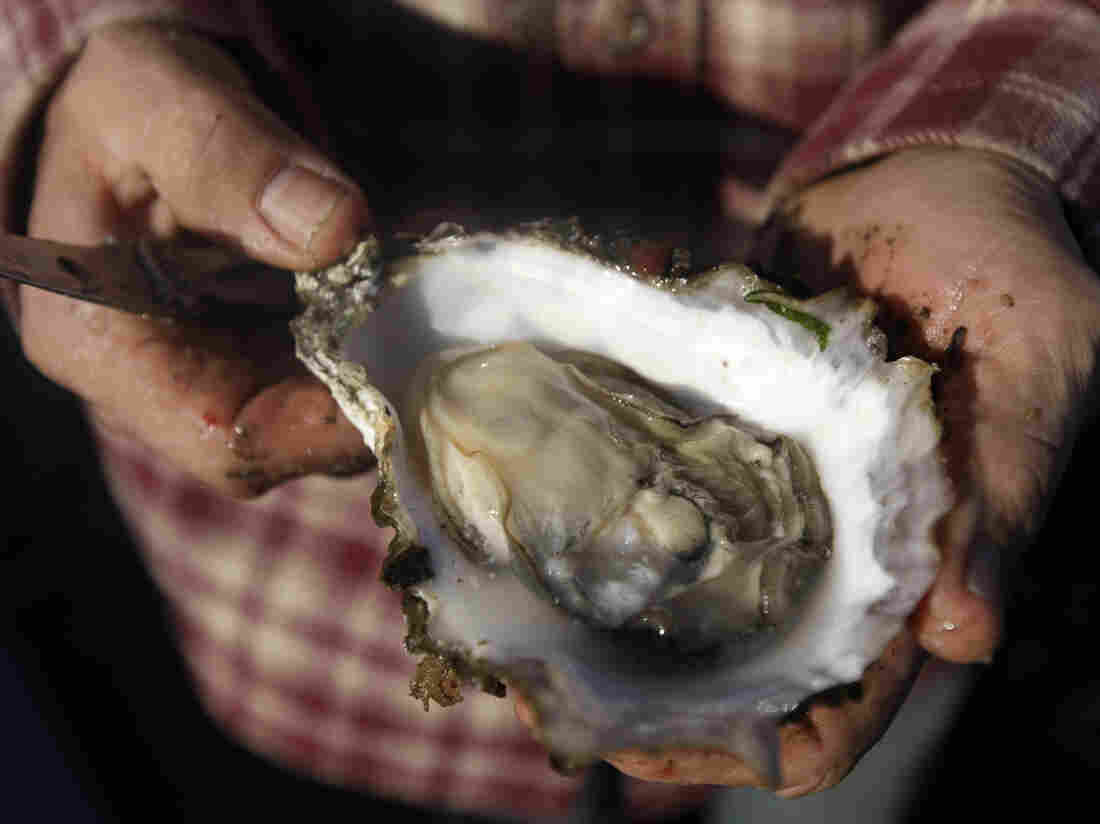 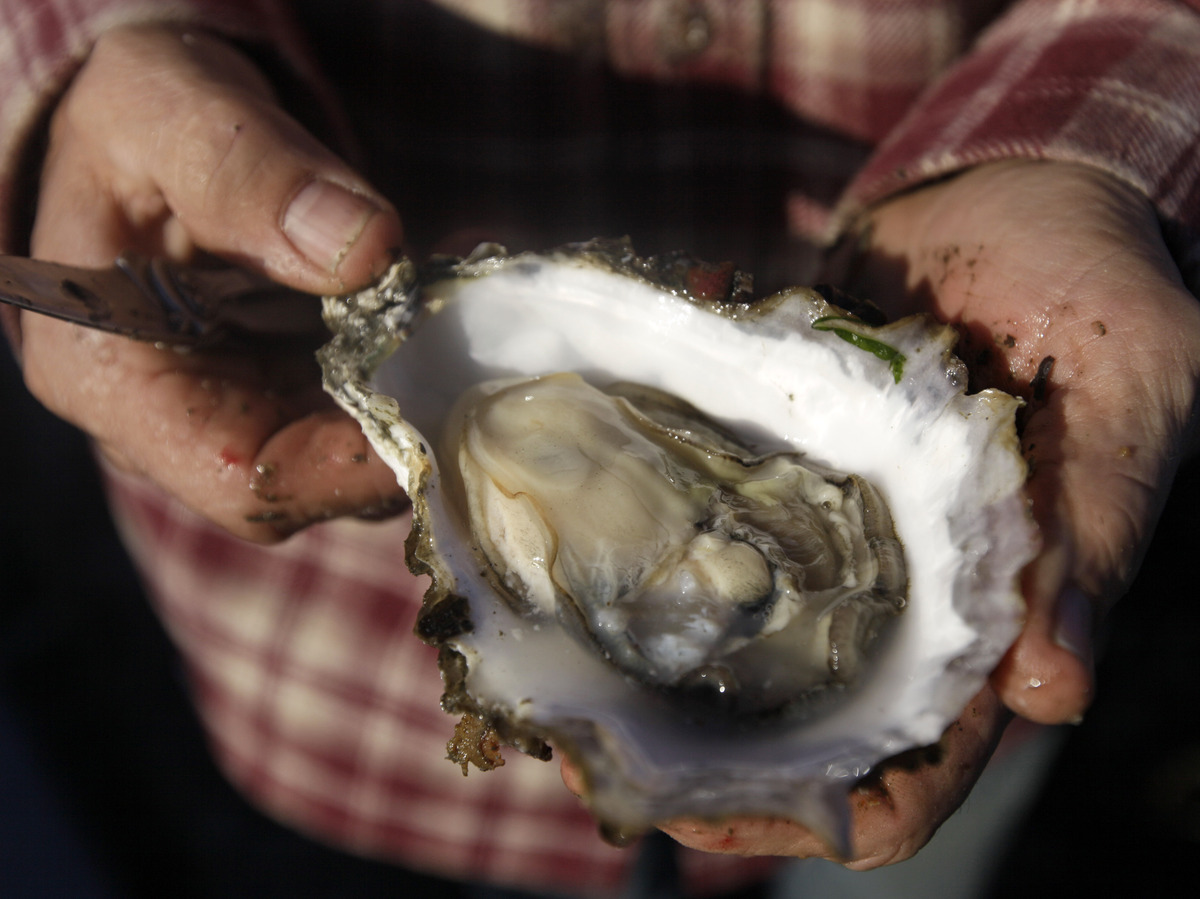 Scientists blame higher levels of carbon dioxide in Pacific Ocean waters caused by global warming for the failure of oyster seeds to thrive in hatcheries.

Austin Docter has worked at a shellfish plant in Shelton, Wash., for 18 years and has a lot of words to describe what he calls the flavor profiles of oysters: Minerally. Metallic-y. Sweet. Buttery.

"Wherever oysters are grown, they take on the characteristics of the algae and water that they grow up in," Docter says. "It's a lot like French wine."

But the way that oysters grow is changing, especially in the Pacific Northwest, where climate change threatens the hatcheries and nurseries where the little mollusks mature.

While that doesn't mean much for oyster flavor right now, it is adding up to a bit of an identity crisis for the region's aquaculture tradition.

Oyster farmers there started noticing a problem in the mid-2000s when their oyster larvae populations started dying. The larvae develop into what's called seed, and are used to populate oyster farms up and down the coast.

The oyster farmers scrambled to purge potential bacterial threats from the saltwater piped into their hatcheries from the Pacific Ocean. But it wasn't until Richard Feely, a scientist with the National Oceanic and Atmospheric Administration, convened a meeting in 2005 to talk about his research findings, recently published in Limnology and Oceanography, that the cause of the decimation was uncovered: Ocean acidification, caused by increasing carbon dioxide, was corroding the baby oysters' growing shells.

Feely and others found that oceanic currents on the West Coast that bring up water from the sea depths, combined with what he calls "anthropogenic CO2 from the surface," lowered the Ph levels of the hatchery water and made it too acerbic for the baby oysters to grow properly. What that meant to the oyster farmers was a 60 percent drop in production in 2008 and an 80 percent drop in 2009.

To deal with it, Feely and others developed a monitoring system that brings in ocean water to the hatcheries in the afternoon, when the acidity is lowest. Shellfish producers secured federal funding to install the expensive machinery.

But many hatcheries are deciding to shift their operations to sweeter waters in Hawaii, or bolstering production capacity at hatcheries they already have there.

The fallout isn't too bad for the bottom line so far – Bill Dewey, an oyster farmer and policy guy at the hard-hit Taylor Shellfish Farms says the oyster babies don't take up much room on an air freighter — 20 million oyster larvae can be a shipped in a 6-pack beer cooler.

And oyster terroir expert Rowan Jacobsen says the oyster flavor's OK for now. The flavor comes from the environment where the tiny oysters bulk up, and that still happens in farms along the Northwest coast.

But there's a more ominous issue, and it defies the farmers' convictions that they can fix it themselves — the acid problem is going to grow.

The acidified water welling up from the ocean floor now contains carbon dioxide gas emitted 50 years ago, explains Feely. It's been stored in the vast sea depths and is only just beginning to make its way to surface with the seasonal West coast tides. Scientists predict that the problem will only get bigger, and dropping iron in the ocean doesn't seem like a viable solution anytime soon.

"It's going to get worse for the next 50 years before it could get better," Dewey says. He's raised shellfish for over 30 years and spoke to The Salt while digging a 5,000-pound clam harvest. "We've come to realize, based on the science, that at least in our lifetimes our future is learning how to adapt. Hopefully, for future generations, we can turn our carbon emissions around and reverse the trends. Or else we're going to have a different ocean. And it probably won't have much shellfish in it."