Accessibility links
Red Planet, Green Thumb: How A NASA Scientist Engineers His Garden : The Salt Scientist Adam Steltzner worries about whether the Mars rover landing equipment he helped design will work. But in his garden, where he approaches things like the engineer he is, he is firmly in charge. 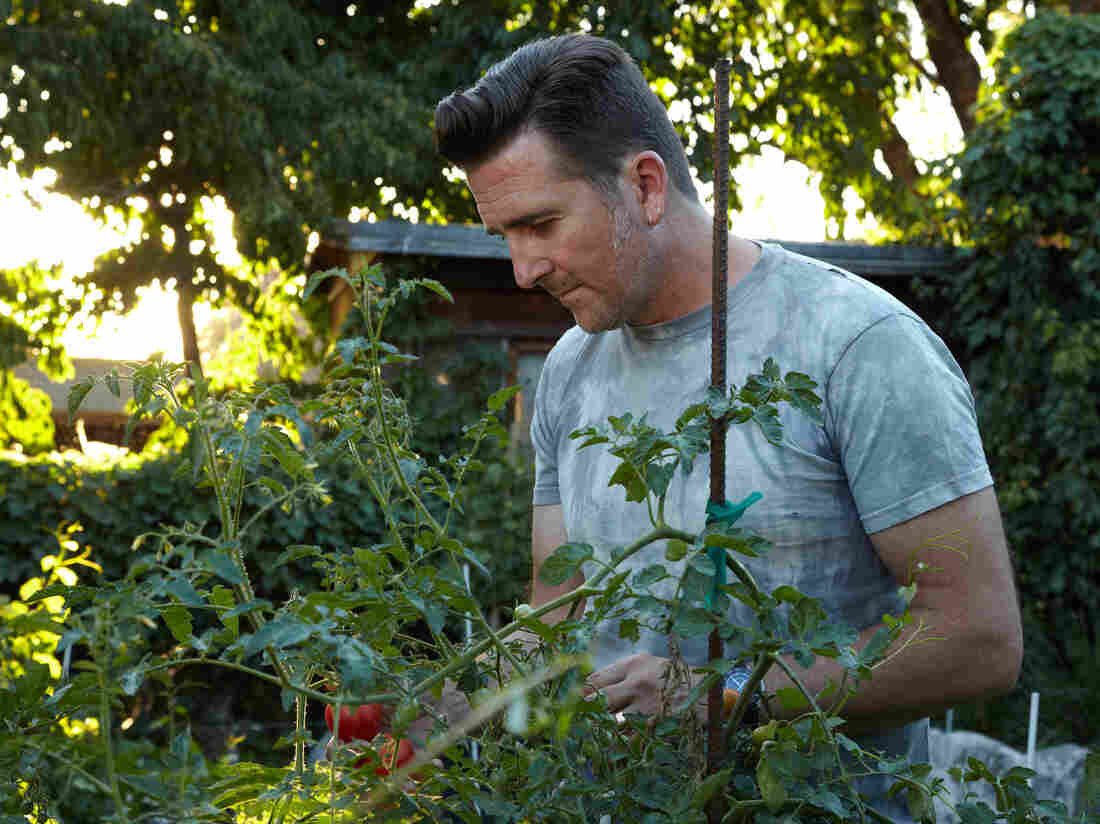 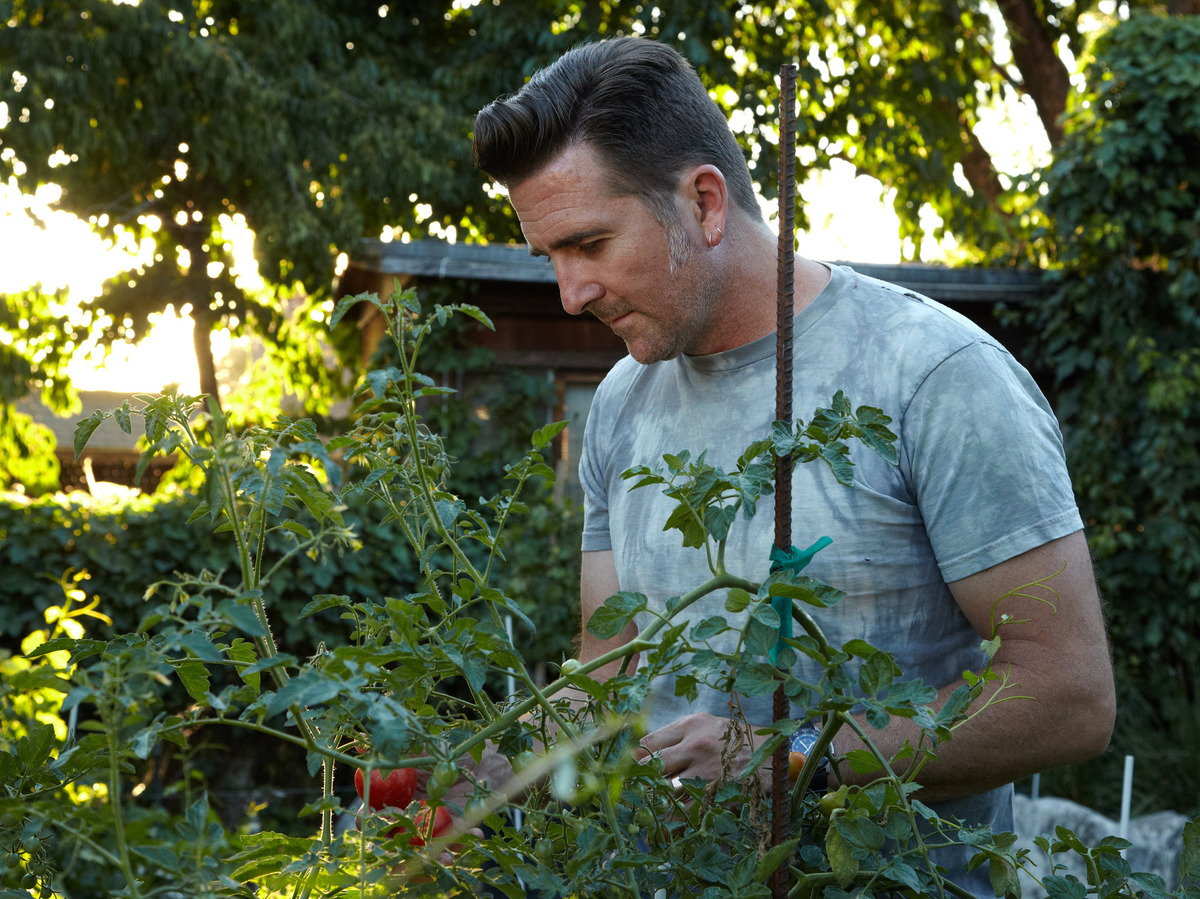 NASA scientist Adam Steltzner checks the tomatoes in his garden.

Most mornings, space engineer Adam Steltzner wakes up at about 3 a.m., and before he can coax his tired body back to sleep, his mind takes over. And he starts to worry.

Eventually Steltzner gives up on sleep and heads into his garden where, just as first light reveals the sky, all that thinking can turn into doing. And finally, a little peace.

These are tense times for Steltzner as he and everyone else at NASA's jet propulsion lab in Pasadena wait for the rover Curiosity to land on Mars early Monday morning. But Steltzner is especially tense because he led the team that designed the system that's supposed to land the craft safely and gently on the surface. If all goes as planned, champagne corks will fly. If it fails, well, the rover could end up as a piece of expensive trash on the Red Planet.

A lot could go wrong, and it's now out of his hands, but here in the garden, Steltzner takes charge. Surrounded by morning glory and fish peppers, kafir lime bushes and zinfandel grapes, he weeds and snips. Soon, instead of worrying about the rover, he's wondering what would happen if he mixed lavender in with his apricot jam.

Welcome to Adam Steltzner's mind — a place in which problems are but precursors to solutions. OK, that sounds like big stuff, but really I'm just talking about Steltzner's marmalade. And, his system to bring the rover, which is hurdling through space at 13,000 mph, to a dead stop on Mars. (Now I can't sleep at night, either.)

Ever since childhood, Steltzner says he's wanted to do things with a real and measurable outcome. He started with rock and roll, and moved on to science. "It just feels good to make, to create, to improve — to imagine the world as I think it should be and then to try and make it that way," he says.

In his garden you can see those imaginings at work. He bought his small bungalow in Pasadena, Calif., precisely because it had a mature apricot in the garden — hence the apricot and lime jam with a hint of ginger he's working on now. 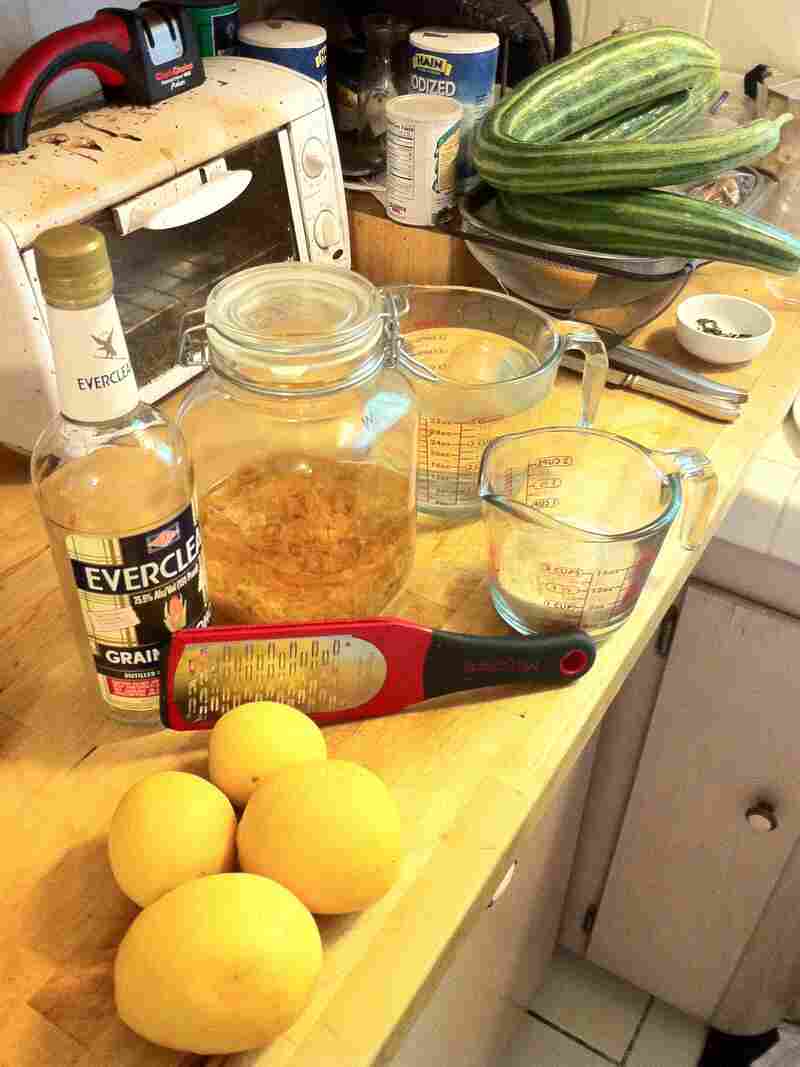 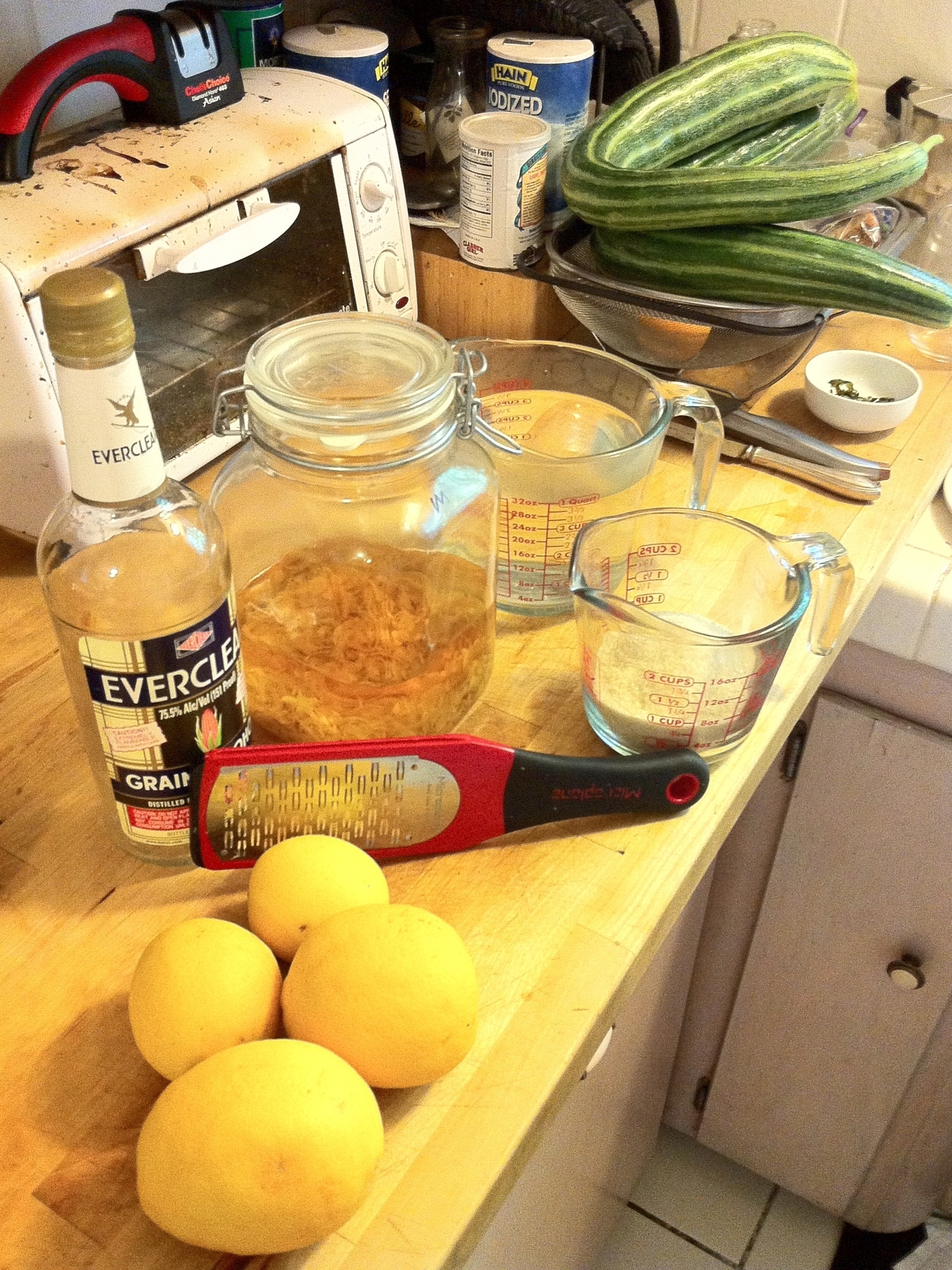 Limoncello in the making.

When he wanted a steel pergola out back for his zinfandel and pinot grapes to grow on, he first built a life-sized wooden model so he could study how the structure would affect the flow of light. Then he took a welding course and put the steel structure together himself.

With a fine microplane take the zest of the lemon rind. (Not a medium microplane, he says, because a medium one takes too much pith and can make the drink bitter.) Place the zest in a half gallon container with the alcohol, cover and let stand for 3 to 10 weeks.

And that bush of Meyer lemons in his front yard? They're for one of his long lasting passions: homemade limoncello, that refreshing lemon Italian liqueur. Like a true scientist, he's experimenting with different kinds of lemons from his garden to see which ones taste the best.

It all sounds very boutique, doesn't it? And yet Steltzner says he's really just like the American pioneers who engineered their way into a new life. They imagined what they wanted and they set out to create it.

"Food still has this creating thing," Steltzner says. "Engineering is a creating thing. That's what I love most about it — a making of more, of better — that the world later on has got something that exists because of my effort."

An effort which could lead to a graceful landing on Mars or a homemade limoncello — served, as he says, "in chilled shot glasses, after dinner, on a warm Indian summer night."