Accessibility links
Outsourced Croissants Outrage Traditional French Bakers : The Salt In France, some say a gastronomic icon is under threat. For the last decade, the number of pre-prepared, frozen croissants sold in bakeries has been increasing. These knock-offs are cheaper, but they're also less delicious. 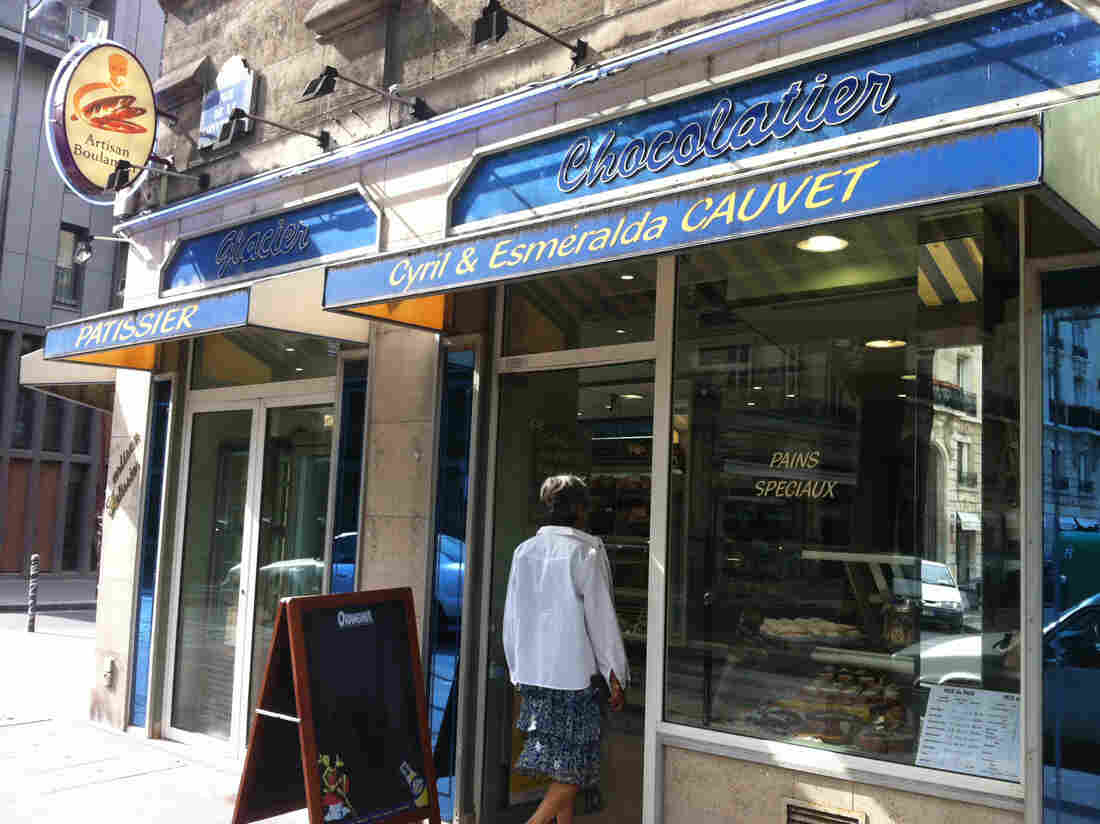 A woman walks into Boulangerie Cauvet in Paris, where they still make croissants from scratch. Eleanor Beardsley/NPR hide caption 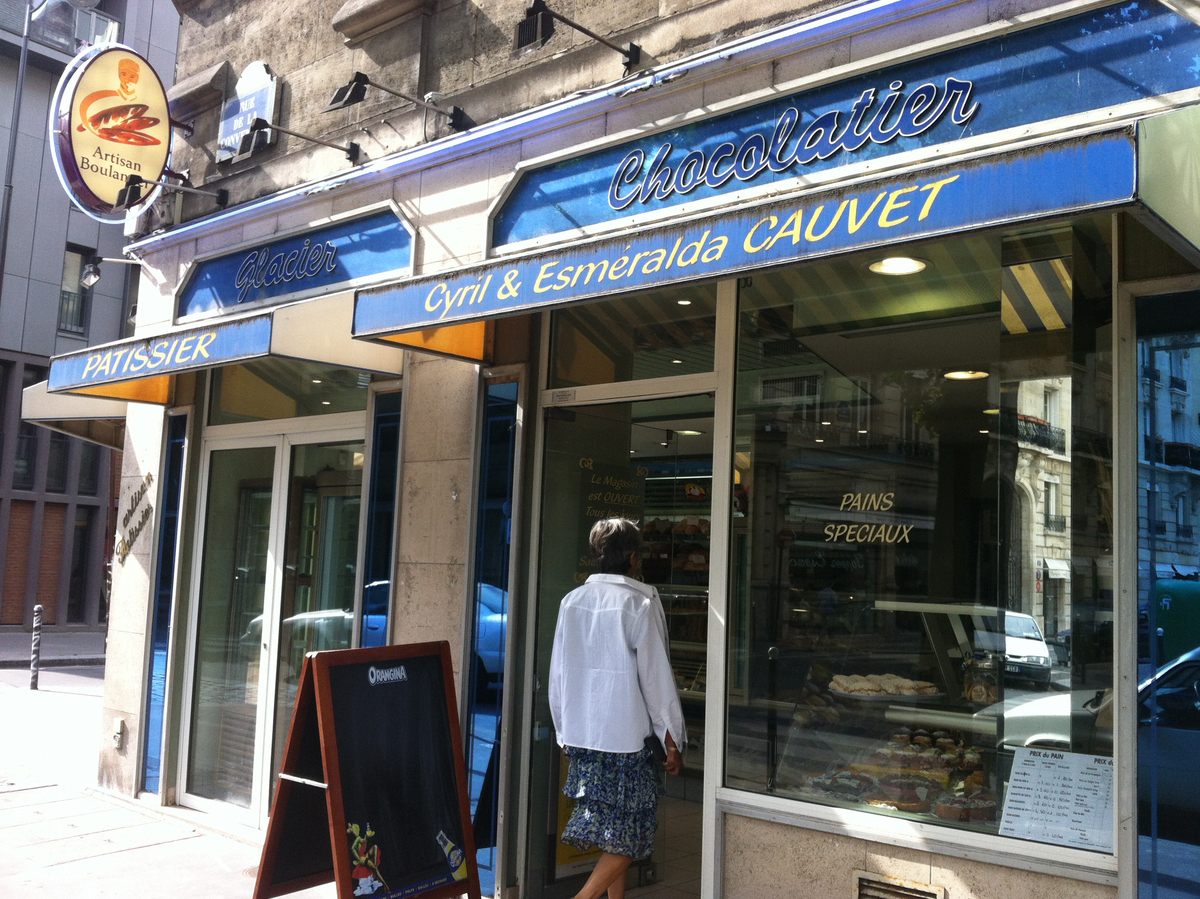 A woman walks into Boulangerie Cauvet in Paris, where they still make croissants from scratch.

There's always a line at the Boulangerie Cauvet on the corner of rue St. Charles in Paris's 15th district. In their family owned bakery, Esmeralda Cauvet and her husband Cyril sell around 800 croissants and 3,500 baguettes a day.

In the kitchen, head pastry maker Pierre Gibert still rolls his croissants from triangular strips of dough. "The key to a good croissant is good ingredients and a high quality dough. You have to knead it, let it rise and roll it a second time in butter. That's what gives a croissant its flaky quality," Gibert says.

But many bakeries are choosing to outsource this time consuming and laborious first step, instead, buying ready-made frozen dough that they simply bake on site, known as "industrial croissants."

Cauvet, who employs two pastry chefs on top of her three bread makers, says she wouldn't dream of selling industrial croissants to cut costs. "No, I prefer to hire pastry makers. It's our vocation. We have to remain artisan bakers. If not, what's the point of doing this job at all?"

In Cauvet's bakery, the kitchen is a hub of activity. Baking fresh bread requires many steps, and none of those involve a freezer: Cauvet's bakery doesn't even own one. She says there is increasing demand for top quality baked goods and her boulangerie delivers to schools, cafes and grocery stores in the area.

The French take their bread very seriously. Seventy-five percent of people still buy fresh bread daily from one of the country's 34,000 boulangeries. To be called a boulangerie, or bakery, the entire bread baking process, from flour to loaf, must be carried out on site.

However, there is no such stipulation for croissants and other pastries.

Jean-Pierre Crouzet, head of the French national boulangerie and patisserie confederation, says his organization is looking for a way to designate home-made pastries, but it's more difficult than it is with bread, because ingredients like cream or fruit come from outside the bakery. "We must find an equilibrium, a way to inform the consumer without penalizing the baker," he says.

The origins of croissants are a bit murky. Though considered quintessentially French, croissants were reportedly first made in the 16th century by the bakers in Vienna to celebrate a victory against the Turkish armies that had been besieging the city. Croissants are said to have been brought to France by Marie-Antoinette, as a 14-year old bride hankering for comfort food from her native Austria.

And native or not, one of Cauvet's customers, 70-year-old Paul Talard,says finding a good croissant is getting tougher. "Industrial croissants are oily, from oil and they're bad for you. A real croissant is pure butter and it's flaky and moist with that little crispy crescent point," he says.

Talard's father and grandfather were bakers; his grandfather supplied the French army during World War I. And he says dipping a croissant into morning coffee is a ritual that hasn't changed since his grandfather's day.