Accessibility links
Canning Factories On Wheels Rev Up The Beer 'Canvolution' : The Salt The canned beer revolution is well under way, led by craft breweries that have adopted a cans-are-better philosophy and are winning over beer snobs nationwide. Now, cans are coming to even the tiniest microbreweries, thanks to mobile canning services.

Canning Factories On Wheels Rev Up The Beer 'Canvolution'

Canning Factories On Wheels Rev Up The Beer 'Canvolution' 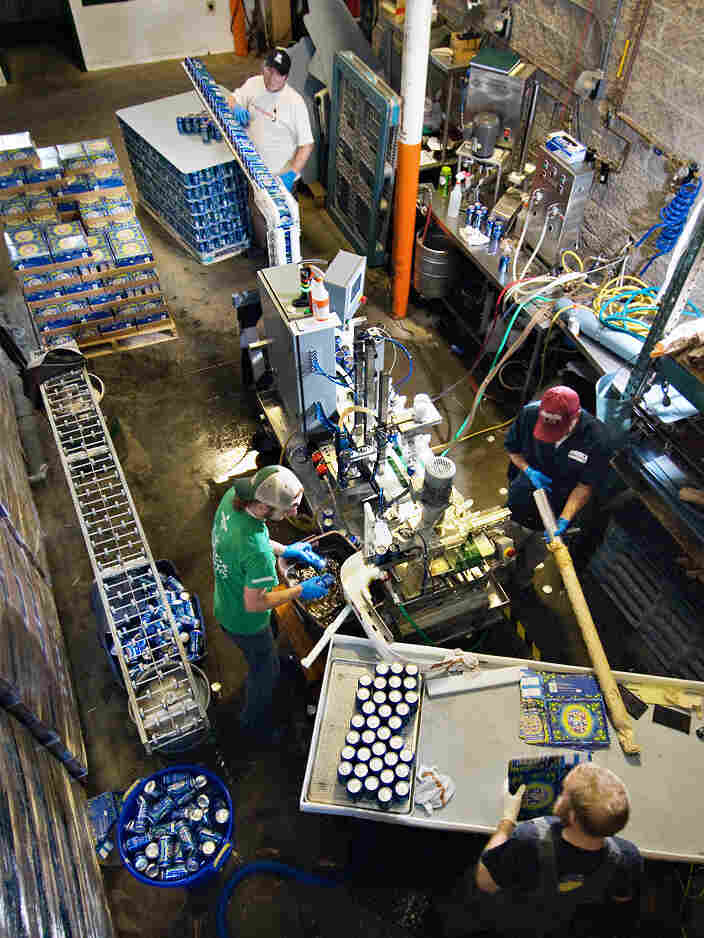 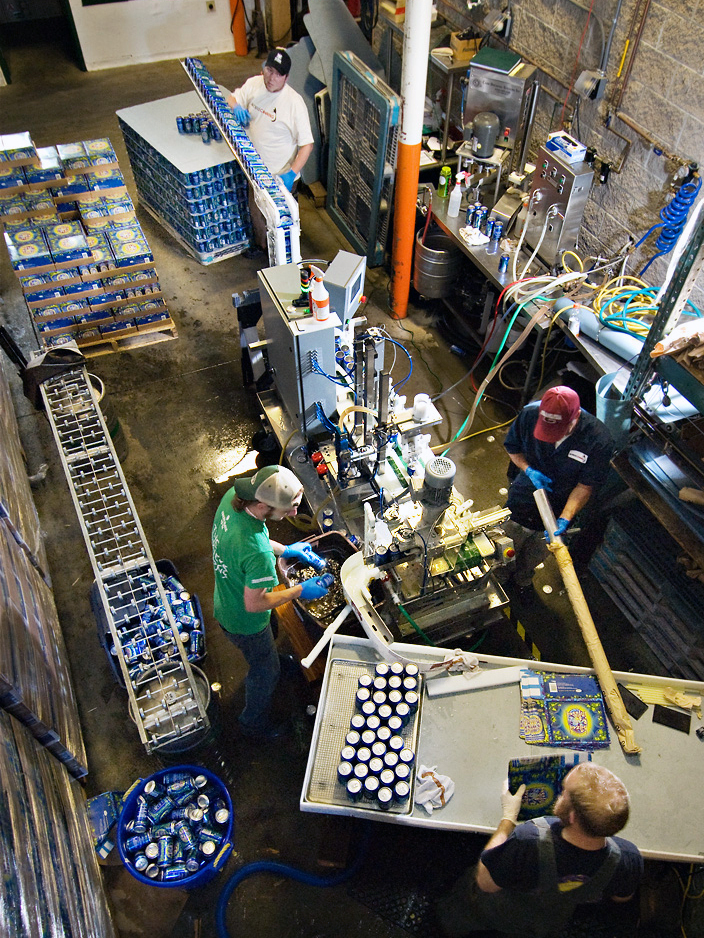 Beer snobs and craft brewers alike have rediscovered beer cans in recent years, defying the old stereotype that quality beer comes only in bottles, or that cans are just for mass market stuff. But for the smallest microbreweries, the question wasn't "can or bottle," it was whether they could afford the equipment and storage space to package their beer at all. Many could not.

That began to change last winter, when new companies sprang up in three of the U.S.'s craft beer capitals - Colorado, northern California, and the Pacific Northwest - with a can-do proposition: Put a fully automated canning line on a truck, and package beer wherever and whenever a brewer requests.

Mobile Canning, based in Longmont, Colo., was the first to get up and running back in November. Co-owners Pat Hartman and Ron Popma were inspired by the mobile bottling companies that service California wineries and other areas. "I got to thinking, why not cans? Cans are the way to go these days," Hartman says.

Small brewers say canning services save them the cost of having to order cans by the thousands or find a place to store them all, plus the cost of equipment. And while bottles can be bought in smaller quantities, filling them by hand is time-consuming.

Mobile Canning is just one of a handful of cans-on-wheels services found around the country. Others include The Can Van in San Francisco and Northwest Canning in Washington state.

All three use automated canning lines from Wild Goose Engineering, which include machines that clean, fill, seal and label the cans. They're designed to be modular and easy to set up and break down. "Everything's on wheels," Hartman says, so the equipment can be unloaded and assembled in about 45 minutes. Canners also make the investment in bulk orders of blank cans to which breweries can affix their own labels.

Tom Horst, owner of Crystal Springs Brewing Company in Boulder is Mobile Canning's smallest customer. He brews on a two-barrel system, the equivalent of just four kegs of beer per batch. That's about 50 times less than most other craft brewers. "I think what Mobile Canning is doing is really cool," Horst says, especially for "nano breweries" like Crystal Springs that can't make canning work on their own.

Horst was already filling 22-ounce bottles by hand and distributing kegs to Boulder restaurants, but jumped at the opportunity to can his summer seasonal brew, a light German-style ale. "It's a pretty delicate beer," he says. "The bottle is not a good package for it."

That's because bottles - even the dark brown ones - can let in small amounts of light and oxygen, two of beer's worst enemies. Cans not only keep out light and air, they also weigh less and are more easily recyclable than glass.

"I was aiming for cans," says Brian O'Connell, the chief beer officer at Denver's Renegade Brewing, another Mobile Canning customer. Renegade now cans about 600 cases a month, which puts their beer on store shelves throughout the Denver area. O'Connell says the cans are popular with outdoorsy types, because they can take them to national parks and other places where glass is banned. "Especially in Colorado, I think people seek them out," he says.

And, of course, brewing more beer.