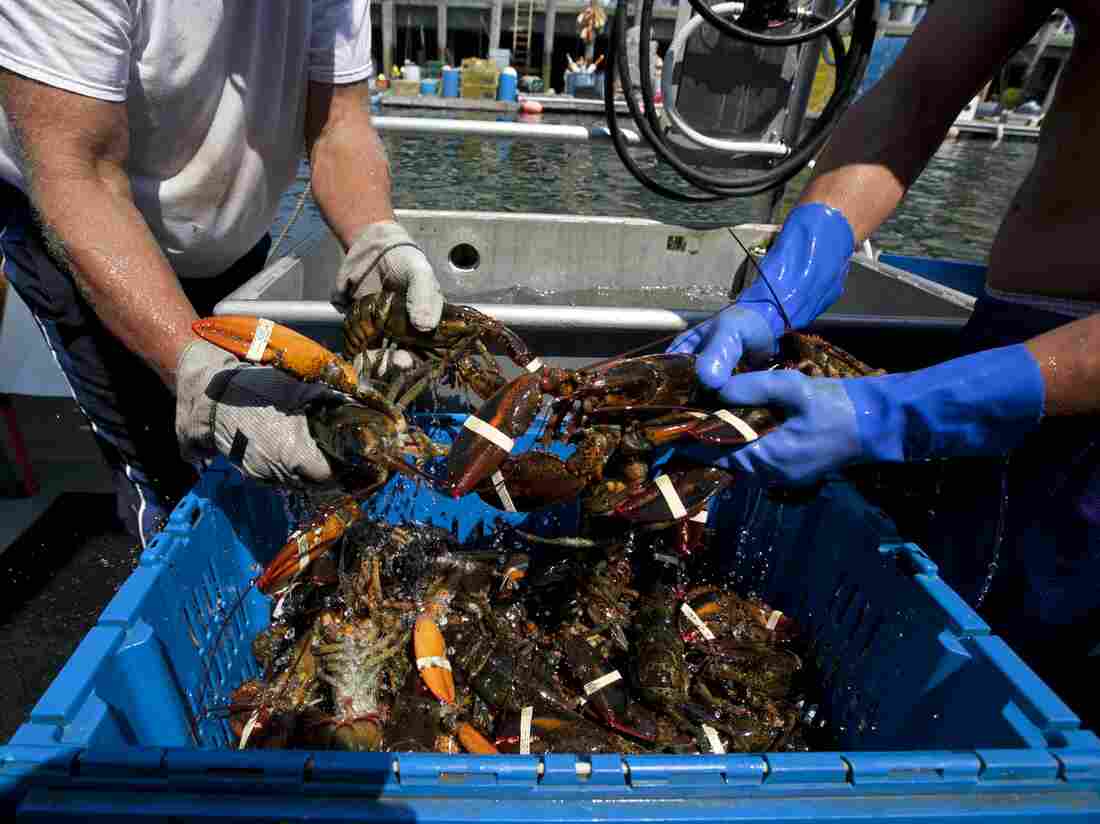 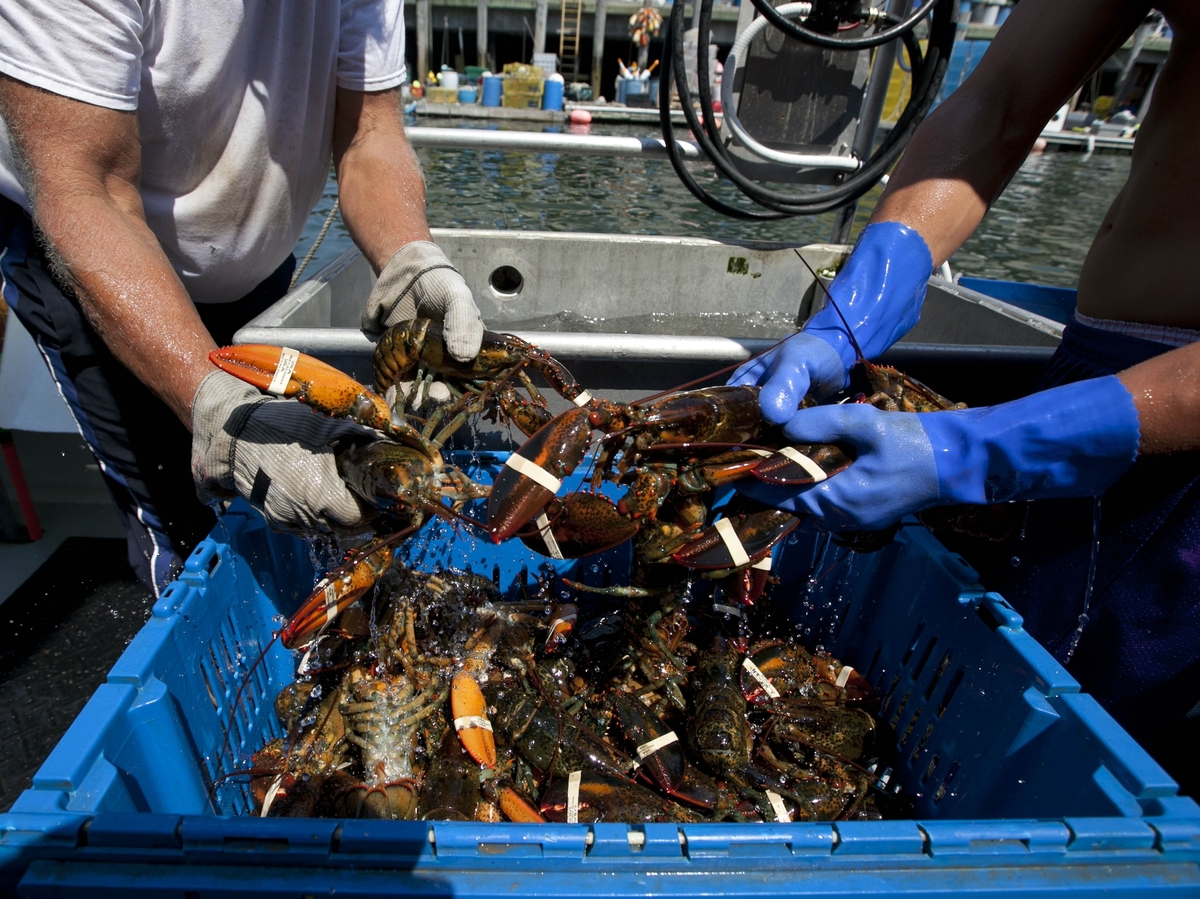 Blockades set up by lobster trappers in Canada have disrupted Maine's lobster business.

You might imagine a war between lobster trappers to be something like this battle of the lobsters. OK, not really. Still, the price war heating up between the fishing folk in Maine and Canada this summer is bringing everybody down.

It's already been a pretty tough year for Maine's lobster industry, with a glut of soft-shell lobsters causing prices to plummet and leading lobstermen to voluntarily tie up their boats to reduce supply.

Then, just as prices in Maine began to stabilize a bit, bad news came in from Canada: A blockade.

The lobster industry in the province of New Brunswick operates out of a handful of towns along the Acadian coast. As much as 70 percent of Maine's lobster catch gets shipped up there to be shucked and frozen.

But when cheap lobster comes in from Maine, the Canadian fishermen there say they can't make a living.

"Our expenses are very high," says Blaine Daigel, who hauls traps in the Northumberland Strait in Canada. "You've got your fuel. It's $700 to $800 a day. We've got bait. We're paying a dollar a pound. So, it means your meat — I don't know where we're going to survive out of the lobster. [The lobster processing plants are] only paying us $2.50."

So Daigel and other Canadian lobstermen recently staged angry demonstrations at the gates of the plants, which prevented trucks from getting in and forced the processors to temporarily stop accepting shipments from Maine.

"We sell about 80 percent of our product to the Canadian processors," says Chris Byers, who runs lobster wholesaler D.C. Air and Seafood Inc., in Winter Harbor, Maine. "Without being able to do that, they're holding trucks; they're not letting us work."

Byers normally sends out five semi trucks daily, loaded with lobster. But this week, he sent just two a day; and he says fishing boats are tied up, idle in the harbor.

Some of those boats belong to the 40-year-old Winter Harbor Lobster cooperative, and some of their trappers say the logjam might not be so terrible.

Faulkingham's bottom line is off by around 50 percent this year, and he says he'd be thrilled to get the $2.50 a pound for his catch that Daigel scoffs at. Right now, Faulkingham is getting about half that.