Accessibility links
Crayfish Go On The Menu To Restore Lake Tahoe's Blue Hue : The Salt Nevada recently green-lighted a project to harvest crayfish in Lake Tahoe. It's the first time since the 1930s that commercial fishing has been allowed in the lake. The venture is small, but the hope is that it will keep the lake clear of algae — and provide a local dish for area visitors. 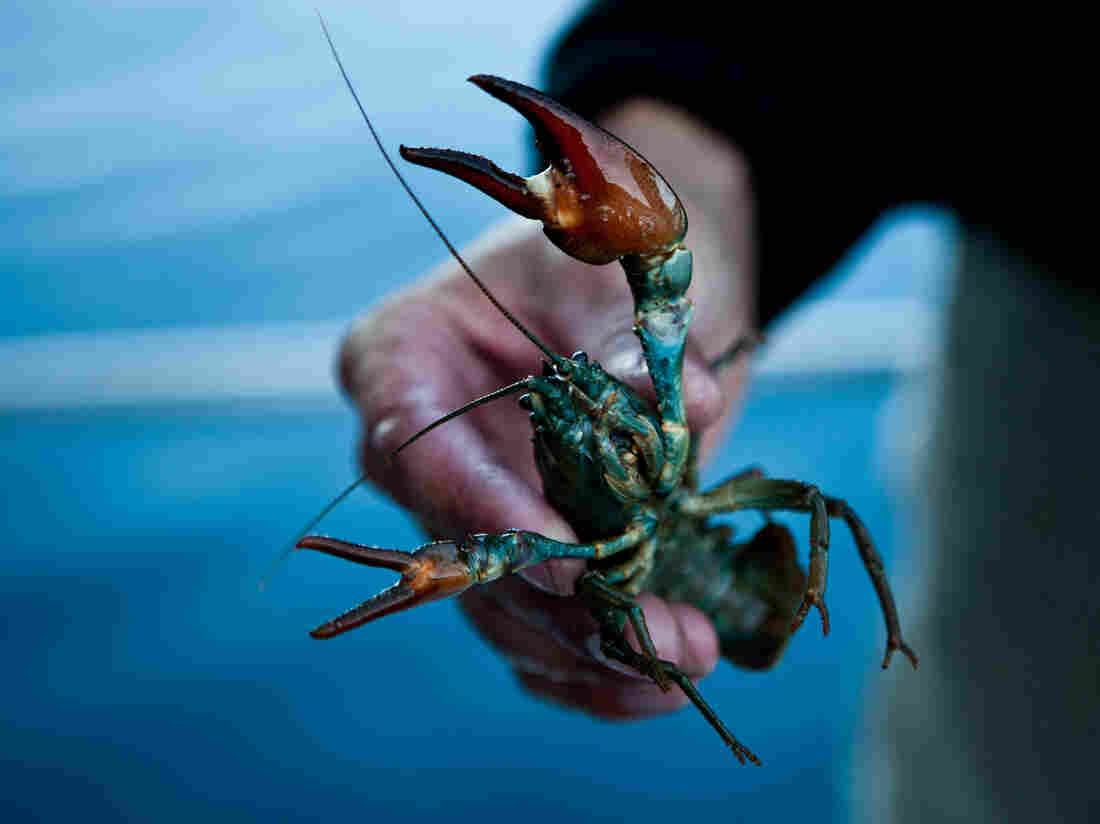 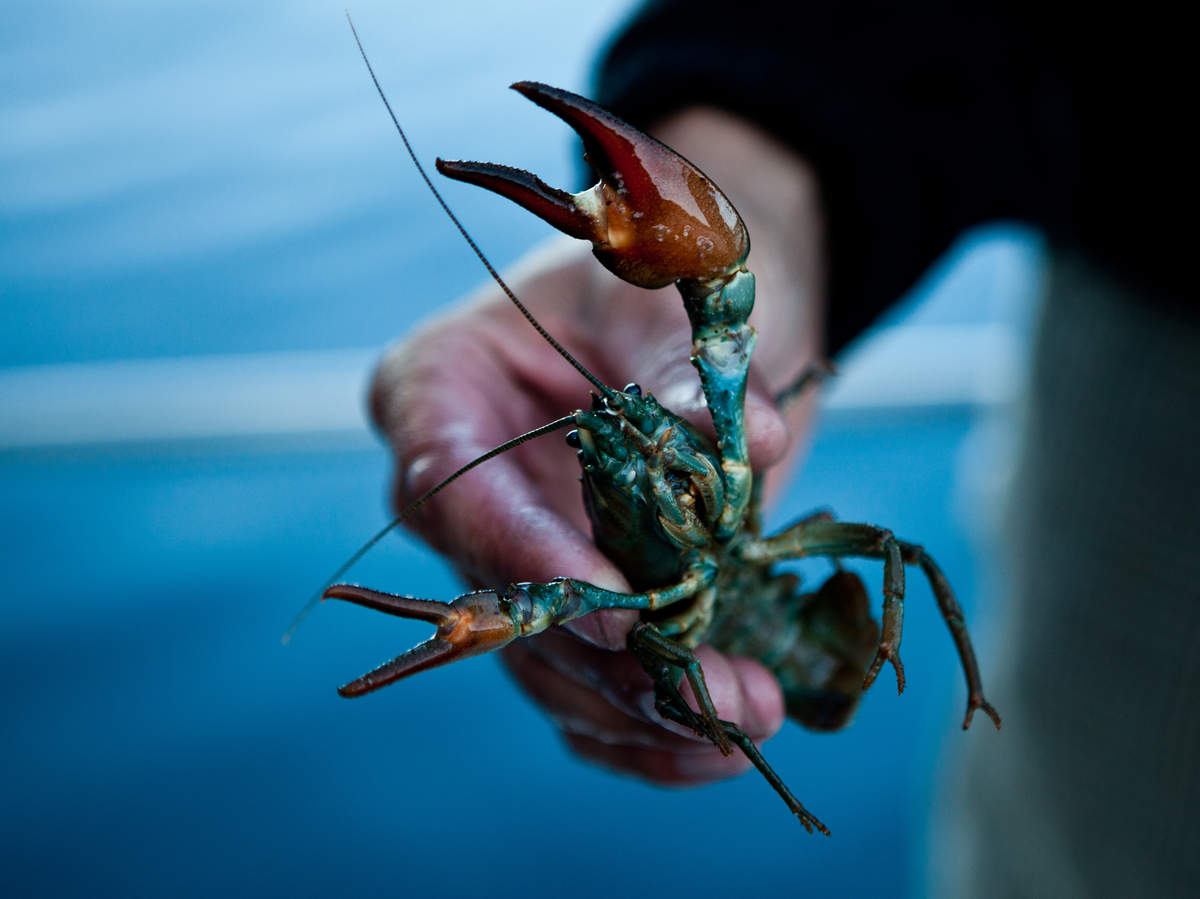 A commercially harvested crayfish from Lake Tahoe near Incline Village, Nev., in July.

Around the country, environmentalists are cooking up ways to battle invasive species by serving them up on a platter.

Over in the mid-Atlantic, they're broiling up the snakeheads that have taken over local lakes and rivers. In the Southeastern U.S., they're writing cookbooks to inspire gourmands to get coral reef-destroying lionfish out of the waters and into the frying pan. Now, Lake Tahoe is getting into the act.

Last month, the state of Nevada gave business entrepreneur Fred Jackson the green light to harvest crayfish in Lake Tahoe. It's the first time since the 1930s that commercial fishing has been allowed in the lake. Jackson's venture is small, but the hope is that it will keep the lake clear of algae — and provide a local dish for area visitors.

Scientists estimate Lake Tahoe is home to around 300 million crayfish. The crustaceans graze on algae at the bottom of the lake — they're "like cattle in the landscape," says Sudeep Chandra, a freshwater biologist at the University of Nevada, Reno. Algae cloud the lake waters — but the crayfish only make matters worse by eating them, Chandra says.

"They can graze some algae down, but when they excrete nutrients, they can stimulate algal production," he says.

As The New York Times points out, crayfish were introduced to Lake Tahoe more than a century ago. Over time, they've contributed to algae growth that's diminished the clarity of Lake Tahoe's storied clear blue waters. It's a major concern for state and regional environmental agencies.

Because reducing the crayfish population will help clean up the lake, Jackson's business venture has received virtually no criticism from local environmental groups.

But the venture's impact on lake clarity overall depends on California lawmakers. That's because two-thirds of Lake Tahoe is in California, and that state has yet to lift its ban on commercial harvesting of crayfish on the lake. The cost of environmental studies and permits has stalled legislation that would repeal the California ban.

In the meantime, Jackson is busy finding the best harvesting sites on the Nevada side of Lake Tahoe through simple trial and error. On a recent trip out onto the lake, he and his nephew, Justin Pulliam, check on traps set 48 hours earlier.

"This is what we're looking for, right here," Jackson says when he pulls up a bucket full of crayfish.

The two men empty the traps and quickly head to shore, where the crayfish will soon be served up at a local casino seafood buffet.

Betty "B" Gorman, the president of South Lake Tahoe Chamber of Commerce, says Tahoe crayfish are a new product the chamber can market to tourists as a local food.

"We don't grow anything up here. It's hard to make a gourmet dish out of pine boughs," she says, laughing. "We don't have pine tree oil; we don't have a lot of products."