Accessibility links
Secret Side Of The Drought: Many Corn Farmers Will Benefit : The Salt Thanks to low yields from the drought, corn prices are high, which means corn farmers make money. This is despite the impression from in many news reports that all farmers are suffering because of the weather. 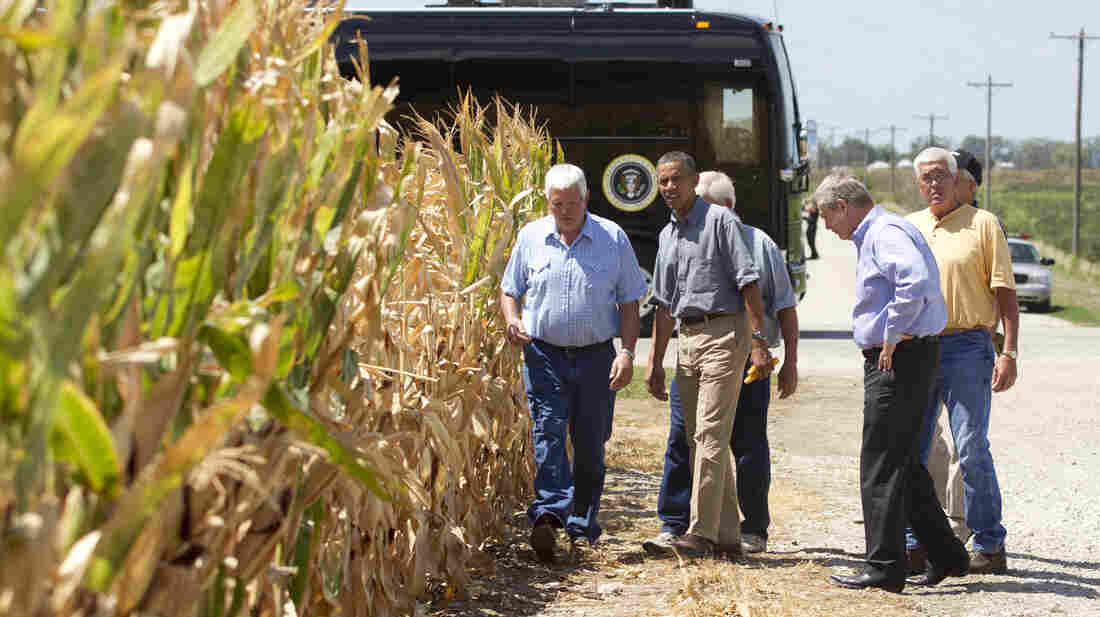 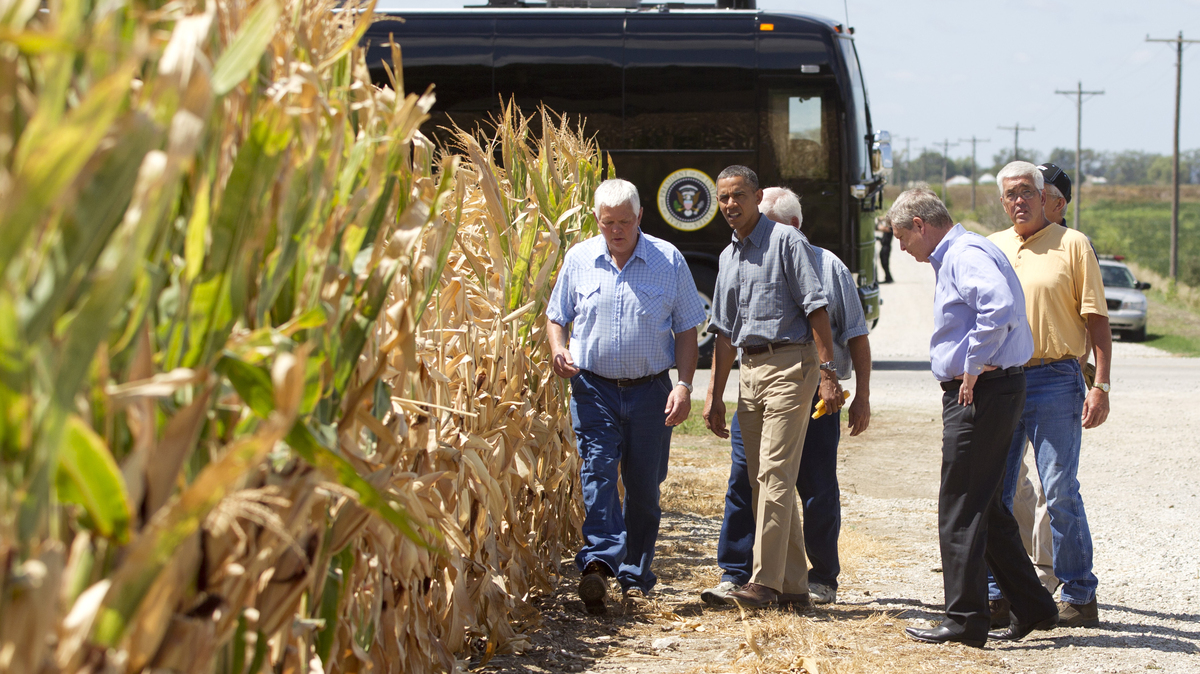 You've all heard a lot about this year's devastating drought in the Midwest, right? The U.S. Department of Agriculture announced last Friday that the average U.S. cornfield this year will yield less per acre than it has since 1995. Soybean yields are down, too.

So you'd think that farmers who grow these crops must be really hurting. And that's certainly the impression you get from media reports. Nick Guetterman, president of the Johnson County Farm Bureau in eastern Kansas, tells The New York Times: "You take what you get, that's all you can do. You go to church and pray."

But how's this for a surprising fact? On average, corn growers actually will rake in a record amount of cash from their harvest this year. And that's not even counting the payments that many of them will receive from their crop insurance.

Why? It's simple. Because of the drought, supply is down and the price of corn has gone sky-high. So even a reduced harvest is worth more. And alongside the farmers who have lost their crop completely, there are others — farmers in Idaho with irrigation, for instance, or farmers in well-watered central Minnesota or Mississippi — who will make out like bandits.

Take a look at the numbers, below. They come from USDA historical data and from projections for 2012 that came out last Friday.

Believe me, these were all really good years for corn farming, much better than, say, the 1990s, when corn prices were mostly down in the $2-a-bushel range, and yields were lower, too. The yield in 2009 stands as the all-time record.

Yet 2012, this "devastating" drought year, is likely to beat them all, at least when it comes to the amount of money that farmers will reap from an average acre of corn. The situation with soybeans is similar, but there's less money at stake.

Now, it's worth remembering that this average masks a huge amount of variation. Some crop growers — those in hard-hit areas without irrigation or crop insurance — really could be ruined. Others, who are probably banging themselves on the head right now, won't ever see these high prices because they sold their crop back in the spring, when no one saw the drought coming.

Also, as we've reported earlier, there will be a lot of pain among those who need to buy this expensive crop of corn and soybeans. These include chicken, pork, dairy and beef producers.

But the next time you see a story about farmers suffering in the drought, just remember: There are winners and losers when food becomes scarce, and farmers are on both sides.