Accessibility links
Sneaking A Bite During Ramadan's Long, Hot Days : The Salt The daytime fast during Ramadan is never easy. It's particularly tough when the holy month falls during the hottest days of summer. This appears to be causing some Muslims to forgo the fast this year — though they would prefer that their family and friends don't know. 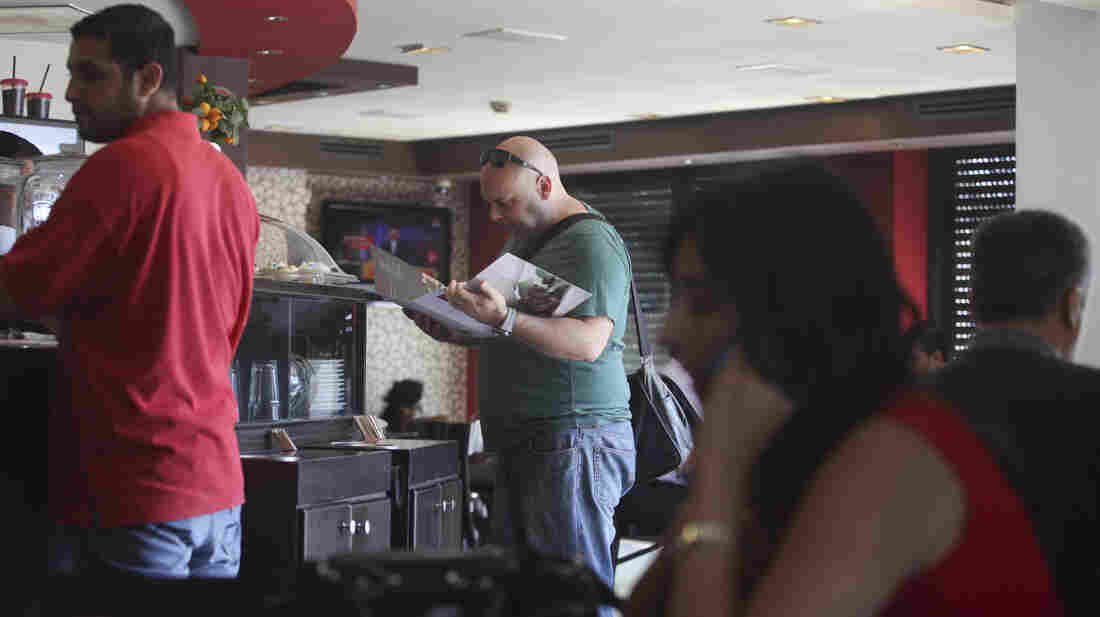 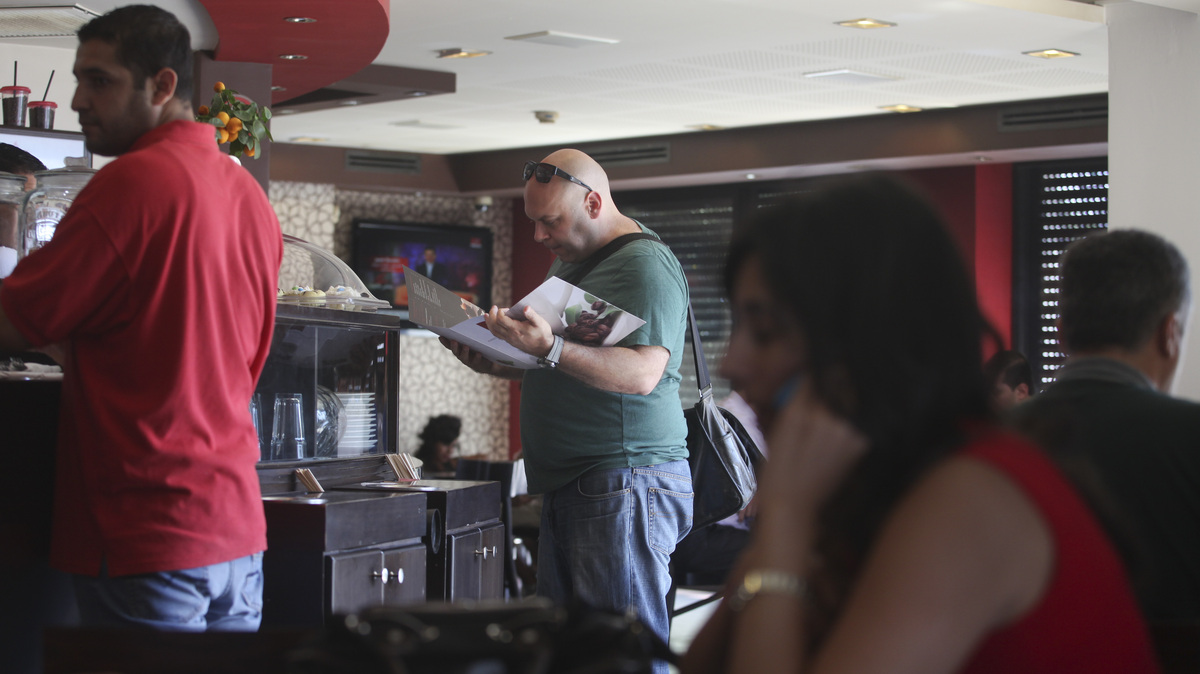 Palestinians order food at a coffee shop in the West Bank city of Ramallah on Sunday.

The Muslim holy month of Ramadan has fallen on the longest and hottest days of the year, which means up to 15 hours of fasting in soaring temperatures.

This seems to have increased the number of Muslims who aren't fully observing the fast, and may be sneaking a bite or a drink — though no one wants to say so on the record.

"I'm thirsty from 7 o'clock in the morning to the evening. I'm in anguish," says Nuha Musleh, a Palestinian and a Muslim who works with NPR in the West Bank.

Like most of the 1.3 billion Muslims in the world, she's fasting during the day now. That means no food, no liquid, no smoking, no sex — complete abstinence from sunrise to sunset.

And this makes people cranky, she says.

Complaining is a Ramadan habit, but she reserves her harshest criticism for those who don't observe the fast.

"There is such a thing as 'Ramadan rage,' and it seems to be justified," she says. "People are hungry. People are thirsty. But be angry, be thirsty, have that Ramadan rage. I do not appreciate Muslims not fasting."

It's that peer pressure and fear of censure that drives many nonfasting Muslims into the shadows.

Ramadan is the most important period of the Muslim religious calendar. People are asked to fast to feel closer to the poor, to purify their spirit and purge their sins. In some Middle Eastern countries, you can be arrested if you are caught not observing the fast.

Here in the West Bank, people are more tolerant than in the Gaza Strip when it comes to non-observance. Even so, no one wants their friends or family to know that they aren't abstaining.

At lunchtime at Cafe Zaman in Ramallah, the place is crowded. But you wouldn't know it if you were standing outside, because the blinds are drawn to protect the identity of those inside from the eyes of the curious. There's a speak-easy atmosphere here. Customers' heads are down as if they are doing something truly illicit.

The wife of a Palestinian government minister is ordering a salad for her lunch. But when we ask to interview her, she is horrified and begs us not to mention her because she will be engulfed in scandal.

Others are more forthcoming, but just a bit.

"It's so hot and the day is so long, this is why I'm not fasting," says a man named Diab. He insists that we not use his last name or take a picture of him. He suspects there are many others like him, but he doesn't really know.

"Secretly, I think many people are not fasting," he says.

Sitting next to him is Tarek, who's smoking and drinking coffee. He agrees with Diab.

"The majority of the people who don't fast try and pretend they are fasting," says Tarek.

He says people sneak a meal in cafes like this one or at home away from the eyes of others.

Tarek says he doesn't volunteer the information that he's not fasting, but he tries to be honest.

Others, though, aren't so upfront. One man who refused to have his voice recorded for fear of exposure tells me his wife thinks he's not eating or drinking when he's at work. He tells me this as he's chewing happily on a sandwich.

At the main mosque in Ramallah, religious scholar Dr. Hussien Darwish says Islam allows exemptions from the fast for the elderly, the very young, the sick and others.

He says lately, some of the faithful have come to him and complained, saying they can't observe the fast in the terrible summer heat, and they ask for a reprieve.

Smiling, Darwish says he reminds them that the Prophet Muhammad fasted in one of the hottest places on Earth: Saudi Arabia.

Lourdes Garcia-Navarro is an NPR foreign correspondent based in Israel.