Accessibility links
For A Better, Leaner Burger, Get To Know Your Proteins : The Salt Americans love burgers, but cooking leaner meats on the grill requires some scientific know-how. We turn to Cooking for Engineers blogger Michael Chu for some technical tips for success with leaner meats.

For A Better, Leaner Burger, Get To Know Your Proteins

For A Better, Leaner Burger, Get To Know Your Proteins 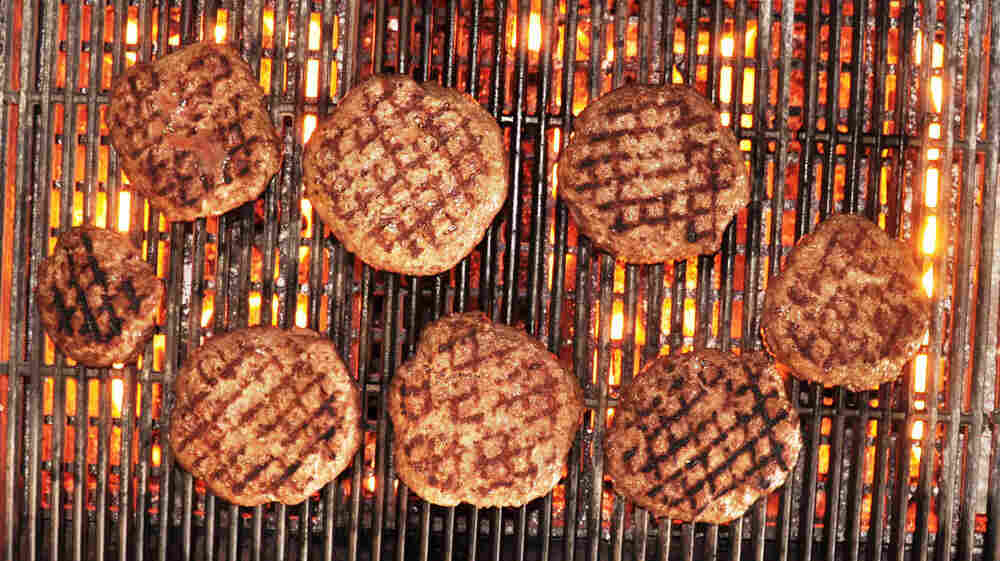 The author's venison burgers, fired up on the grill. Amy Blaszyk/NPR hide caption 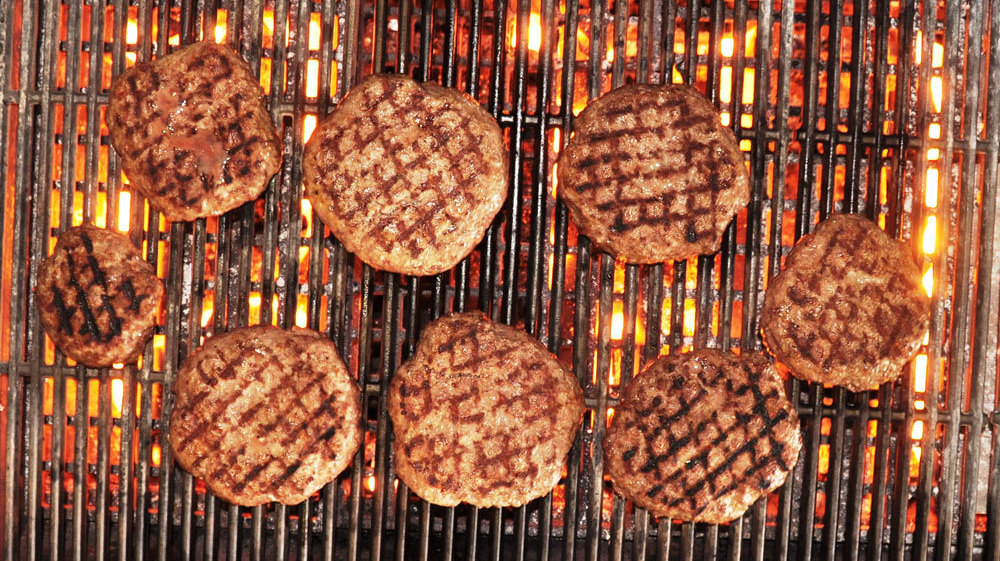 The author's venison burgers, fired up on the grill.

We love our hamburgers, and if you need any proof, see how quickly a recent auto-tuned fast food hamburger review featuring a happy guy eating in his car went viral.

But after a recent attempt to grill venison burgers for the first time, I discovered that all that bliss doesn't come easy — all meat is not created equal. Certain ground meats, like turkey and game meats, have a tendency to fall apart when you throw them on the grill. Defeat is not an option, so I called in an expert: Michael Chu.

The Silicon Valley computer programmer might seem an unlikely source of information about anything kitchen-related. However, as a self-described experimenter who loves to play with his food, he's a natural. And then there's this little blog he started: Cooking for Engineers.

Chu started the website as a place to store his tried and true (read: analyzed to death, as only an engineer can do properly) recipes, but it morphed into something more. It may not be the prettiest food site on the Web, but it provides great technical advice ranging from how to prepare a perfect souffle to how to grill an artichoke.

Chu said my grilling problem had to do with proteins.

"Meat from different species, different ages in the same species, and different cuts from the same animal will all cook differently. This is mainly because of the specific proteins in the meat as well as the fat in and around the muscle group," he says.

According to Chu, there are a couple types of protein that matter in the kitchen: collagen, myosin and actin. Collagen is the fibrous — and most abundant — protein found in animals. It connects and supports body tissues, including tendons and ligaments. Myosin and actin work together to help cells move — contracting muscles. Here, Chu gets really technical:

"When you cook a steak and see the 'grain' in the meat, what you are looking at is caused by the gentle constriction of the collagen sheath that holds muscle fiber bundles together," he says. "The individual strands that make up the grain are muscle fiber bundles — inside that are smaller strands being held together by endomysium collagen."

So what does this all mean when it comes to grilling up a tasty burger?

When you cook meat, the collagen begins to break down into gelatin. It breaks down more slowly at low cooking temperatures, which is why you roast more fibrous cuts from the chest (brisket) or leg (shank) longer to break down the meat properly. Unfortunately, before collagen breaks down, Chu says, it does the worst thing imaginable — it tightens up. That translates into tough meat.

Chu says with burgers, the meat — and thus the collagen — is so ground up, it's pretty much destroyed. That removes collagen from the equation, explaining why you can make a good burger out of a less tender cut, like shoulder (chuck). But now, in addition to the myosin and actin, we have something else to think about: fat. That white marbly stuff most of us spend our lives trying to lose is what makes meat in general and hamburgers in particular taste so darn good.

In cooking, fats lubricate. Using a ground meat that's 95 percent lean will produce a dry, crumbly burger — unless you really know what you're doing, or you compensate by adding moisture in. This is precisely the problem with turkey and venison: These two meats are naturally lean.

"Without significant fat, these burgers will naturally be lacking tenderness, flavor and succulence. Without the fat, the proteins will have very little to interfere with their natural tendencies while being heated — in particular, myosin, which, when denatured, will cross-link with each other to form a gel, like a meat glue. Too much myosin cross-linking will result in noticeable shrinkage and a rubbery texture."

If you're making beef burgers, Chu suggests sticking with meat that has a 20 to 25 percent fat content. With all burgers, particularly those made from leaner meats, binders like egg and breadcrumbs will do wonders.

Another suggestion from Chu if you are definitely into lean meats: browning, which binds up the proteins and will help even those leaner cuts of meat hold together. Sear your patties in a pan with a little oil before transferring them to the grill. Just the smell of browning meat does something magical, says Chu — it makes most people salivate. That can make a burger seem even juicier. (That's what I did with the venison burgers, and it worked.)

His last bit of advice seems incredibly appropriate given the venue here: salt.

"An unsalted hamburger is lost potential," but, he adds, "salt after forming the patty, because salt will denature myosin and other proteins."

It's simple, technical and practically perfect.