Accessibility links
Shop Owners Hope Yogurt Smooths A Path Out Of Greek Recession : The Salt Some Greeks are realizing a food staple they've taken for granted might actually be a gold mine. At least 70 shops advertising Greek frozen yogurt have opened in Athens this year to attract tourists smitten with the now-trendy Greek style of yogurt. 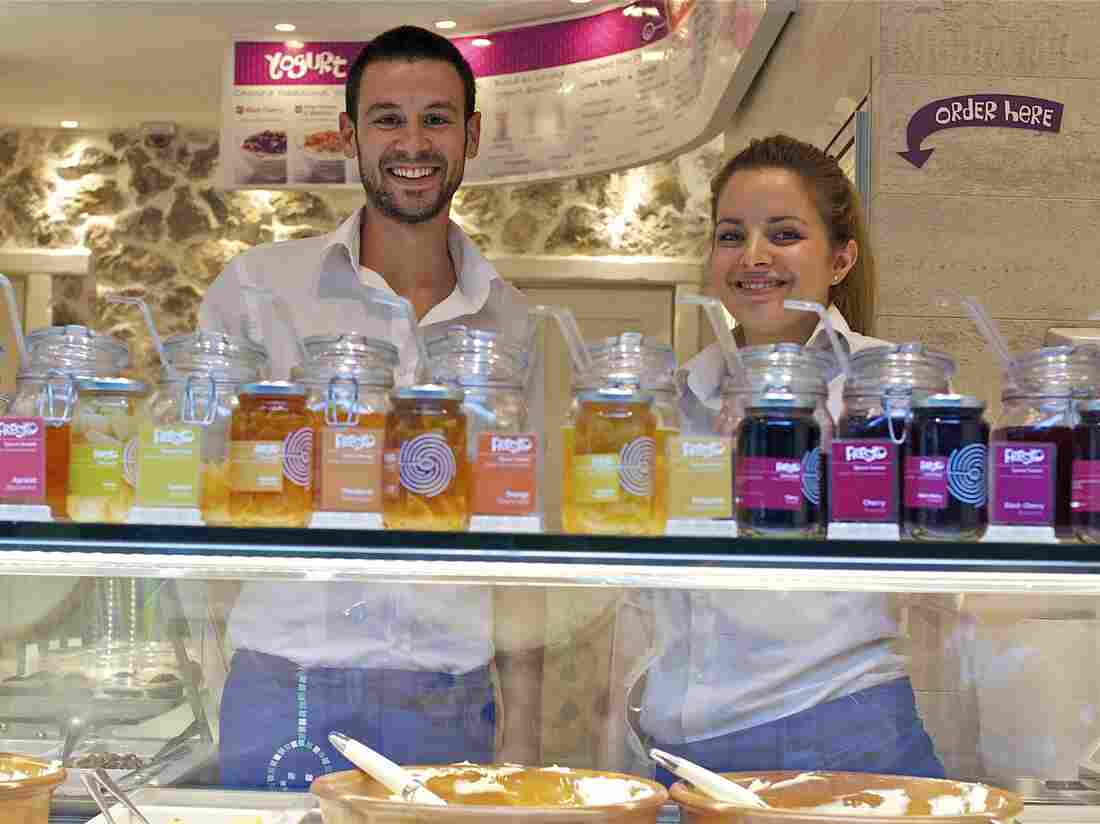 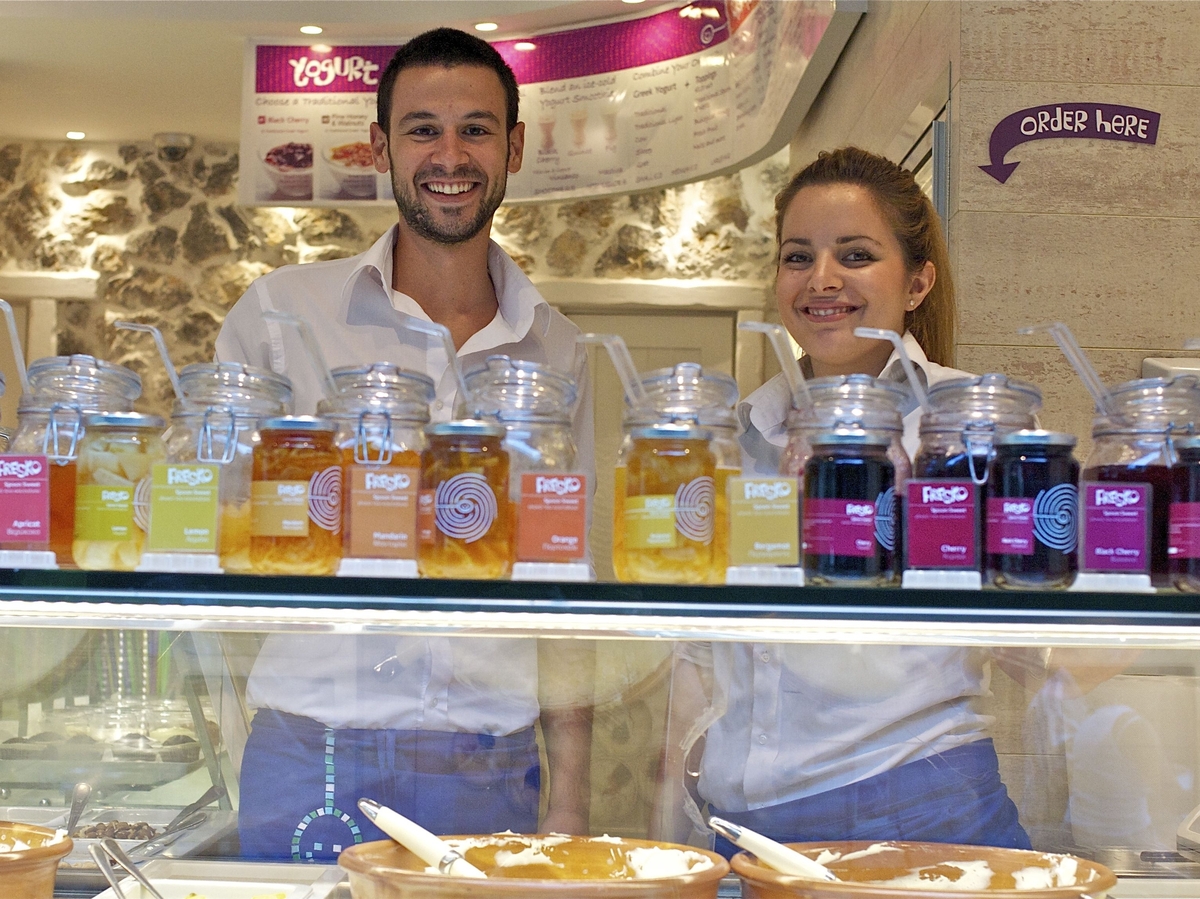 Dimitris Plassas and Georgia Ladopoulou work the yogurt bar at Fresko, which specializes in several varieties of Greek-style yogurt.

Greeks used to take their yogurt for granted. This year, at anti-austerity protests, they even threw it at their politicians. But Greeks are finally realizing yogurt might actually help the country during its worst recession in half a century.

In Athens, dozens of entrepreneurs have opened yogurt bars. The first one, called Fresko, opened last year on a pedestrian street near the Acropolis. It features four types of rich, strained yogurt kept cool in traditional ceramic pots.

"It's not like the yogurt you can buy in a supermarket. We take the yogurt from small producers around Greece, from villages and farms, and it's totally different than the one you taste [there]," says manager Georgia Ladopoulou.

Luis Felipe, a tourist from Bogota, Colombia, polishes off a cup of thick, sharp yogurt made from sheep's milk and slathered in thyme honey and walnuts. "I love it, it's really good. I've been tasting it in different flavors," he says.

The exploding popularity of Greek yogurt has turned yogurt into a growth industry in the United States. As we've reported, there are passionate disagreements over the identity of "real" Greek yogurt.

And last week, New York Gov. Andrew Cuomo held a "yogurt summit" in Albany to discuss easing some environmental restrictions that some say make life hard for dairy farmers. Greek yogurt takes more milk to make than regular yogurts do, and New York state is home to the Chobani brand, "the country's undisputed market leader in Greek-style yogurt," according to The New York Times. Interestingly, it's technically run by a Turkish immigrant.

And now the Greeks are finally realizing the food staple they long took for granted might actually be a little goldmine.

Konstantinos Laskos opened a Greek frozen yogurt shop called Snoyo four months ago. He says at least 70 shops advertising Greek-style frozen yogurt have opened in Athens this year alone. "And the number is growing up every day," he says. "Because in Greece it's a new idea. So you can make some money from this."

But starting up a business is still a risk, he says. The economy is expected to contract by 7 percent this year.

It's healthier, he says — the perfect food for lean times.