Accessibility links
White House Dinner Rewards Kids Who Eat (And Cook) Their Veggies : The Salt Kale and quinoa, anyone? Some kids and parents who created recipes for a healthy eating contest were honored at the first Kids State Dinner today hosted by First Lady Michelle Obama and her Let's Move campaign partners. 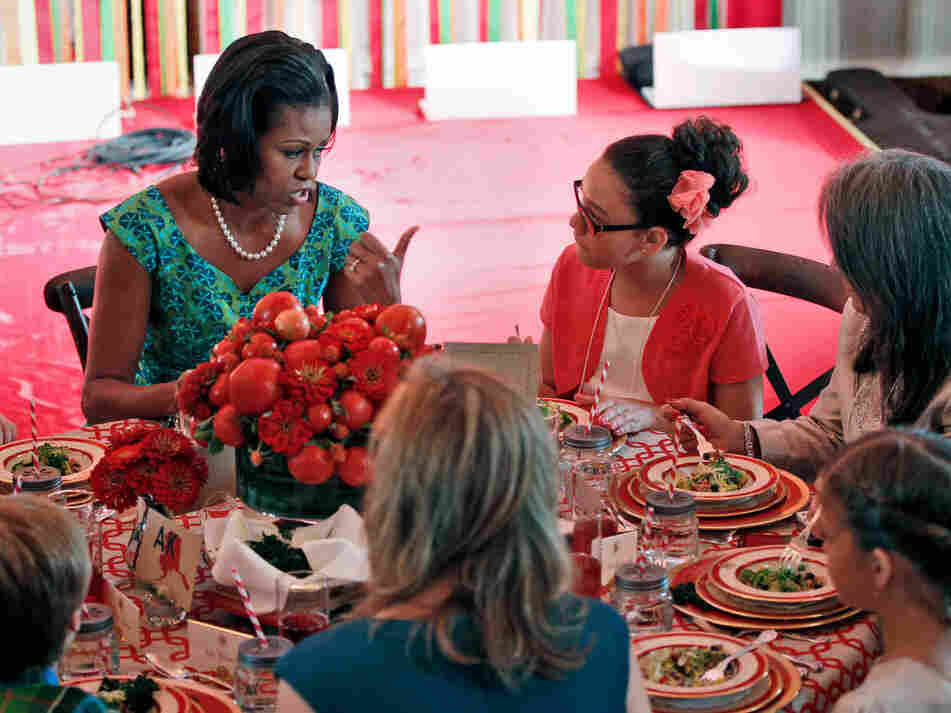 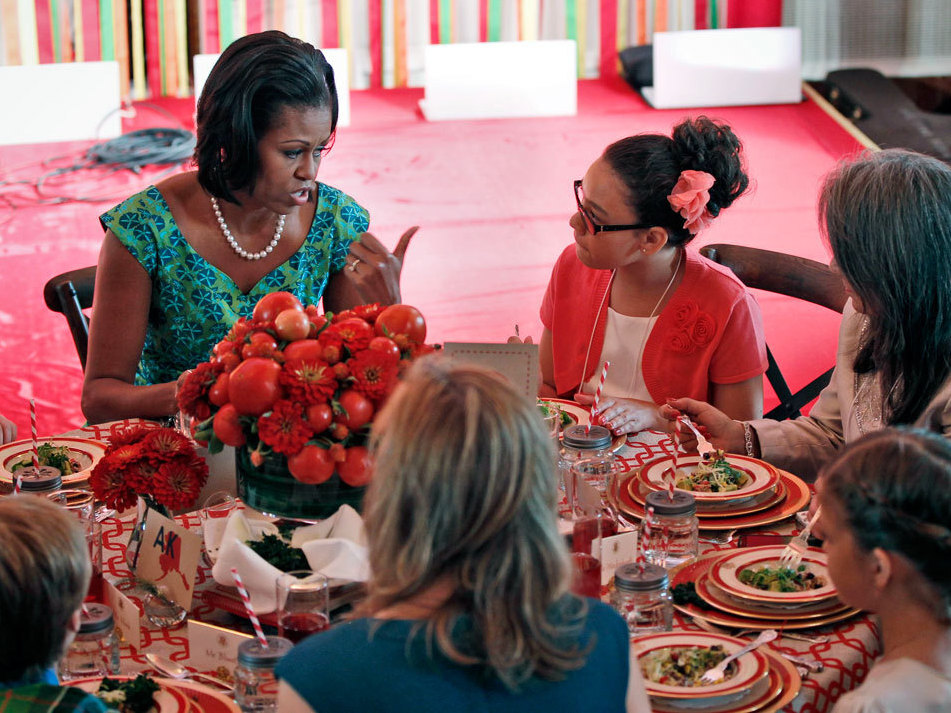 No one said it would be easy to sell kids on quinoa and kale, but an invitation to the White House's first Kids State Dinner today, complete with fresh fruit topiaries and balloon animals, turned out to be just the ticket for some.

The dinner - really, a luncheon — was the brainchild of Mrs. Obama and her partners in the "Let's Move" initiative to get kids to fight the fat by cooking and eating foods that meet U.S. Department of Agriculture guidelines. "We're so proud of you," Obama told the 54 kids and parents whose recipes were chosen in a healthy recipe contest — one from each state and territory.

Not to be outshined, POTUS himself made an appearance, praising the First Lady and waxing a bit nostalgic about his pre-White House efforts to cook toast, omelets and chili. Then he warned guests not to feed Bo - the family dog is apparently on a diet.

North Carolina's Marshall Reid, 12, who got to introduce the First Lady, proudly announced that he loves quinoa. He also admitted he couldn't spell it, further endearing himself to the families eager to dig in to goodies created by some of the guests. The menu started with kale chips, a gorgeous corn, bean and quinoa salad and ended with fruit smoothies. Click here to get the cookbook created from all the winners' recipes.

We'll admit, we're a little partial to the way Rhode Islander Caroline Cowart's recipe for Broccoli and Cheese Egg White Omelet sounds, but that might be because we went to grade school with her uncle. (We definitely weren't eating like that back then!)

D.C. Celebrity Chef Jose Andres, one of the recipe judges, said he was "getting ideas to add to my own restaurants." So maybe we should stay tuned for the molecular gastronomy version of zucchini fries?