Accessibility links
Home Brew Petitioners To POTUS: Release The Beer Recipe : The Salt Some beer brewers are officially petitioning the White House to release its homebrew honey ale recipe. They are appealing to President Obama's sense of his place in history along with the beer-brewing Founding Fathers. 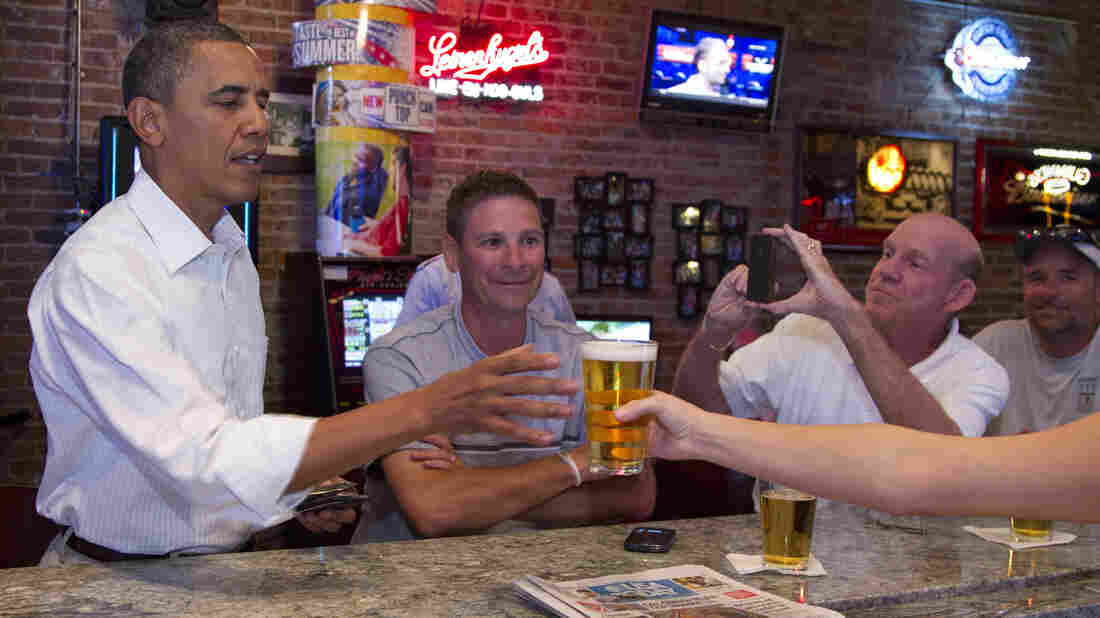 President Barack Obama enjoys a beer at The Pump House in Cedar Falls, Iowa, this month, but would you like to know what's in his homebrew? There's a petition for that. Carolyn Kaster/AP hide caption 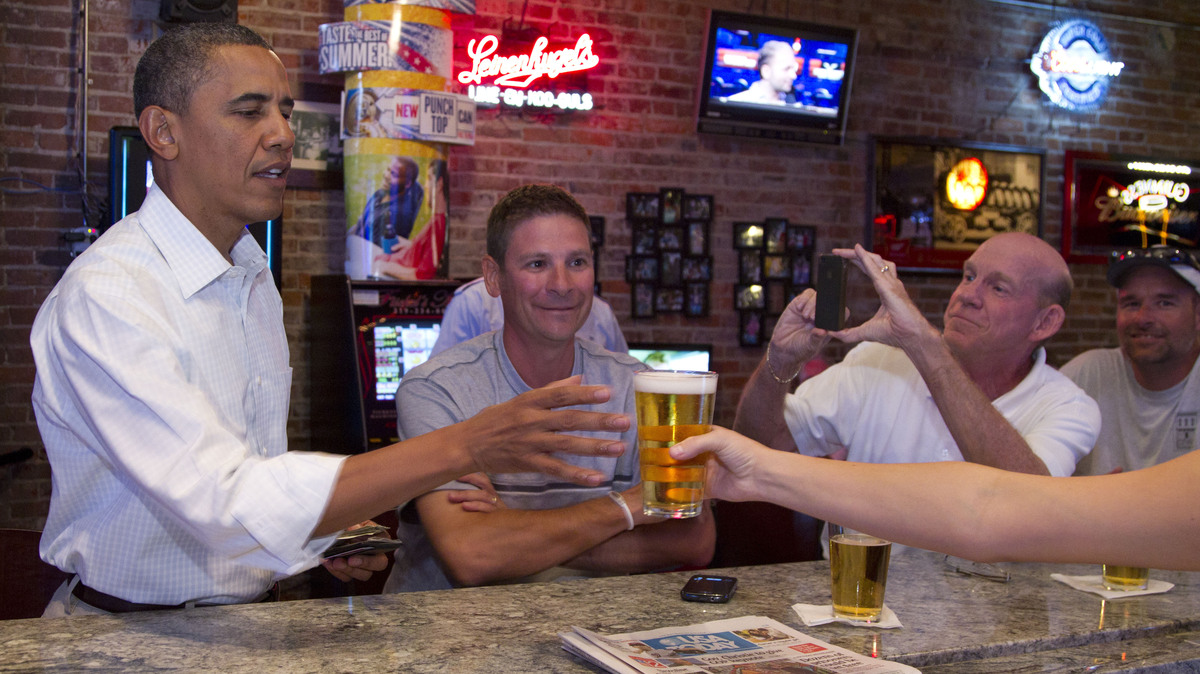 President Barack Obama enjoys a beer at The Pump House in Cedar Falls, Iowa, this month, but would you like to know what's in his homebrew? There's a petition for that.

There's a little-known part of the White House website that allows average citizens to create online petitions. And in amongst the weighty requests to end police brutality and allow prescription drugs to be imported, a little item caught our eye: "Release the recipe for the Honey Ale home brewed at the White House."

As avid readers of The Salt know, we've been all over the President Obama and beer connection, from reporting on the first appearance of the new honey ale brew, to POTUS' recent attempts to straddle the line between beer connoisseur and Bud Light-drinking everyman.

President Obama orders beer on the campaign trail, on state visits and at the Olympics, although our analysis of his Instagram photo from last night's outing at Mintwood Place in Washington, D.C., reveals that he appears to have gone with the brew known as iced tea instead.

The online beer brewer's petition appeals to the president's sense of his place in history, citing "great men like George Washington, Thomas Jefferson, and Benjamin Franklin," who were known to brew a few at home:

"In keeping with the brewing traditions of the founding fathers, homebrewers across America call on the Obama Administration to release the recipe for the White House home brew so that it may be enjoyed by all," the petition says.

But the kicker is how it ends, with a quote attributed to FDR: "I think it's time for beer." (Upon signing the law repealing Prohibition, Roosevelt allegedly said, "I think this would be a good time for a beer," but the sentiment's the same, so who's to quibble.)

So how's the petition going so far? Slowly — like honey — only 326 signatures as of today. According to the official rules, they need 25,000 signatures in the next month to get an official response.