Accessibility links
The Spice Man Cometh To Cuba, A Hot Land Of Bland Food : The Salt In a land of mainly fried and mildly spiced foods, Cedric Fernando is hoping to perk up the Cuban palate by opening the island nation's first Indian restaurant. But he's still got a business back in London, just in case. 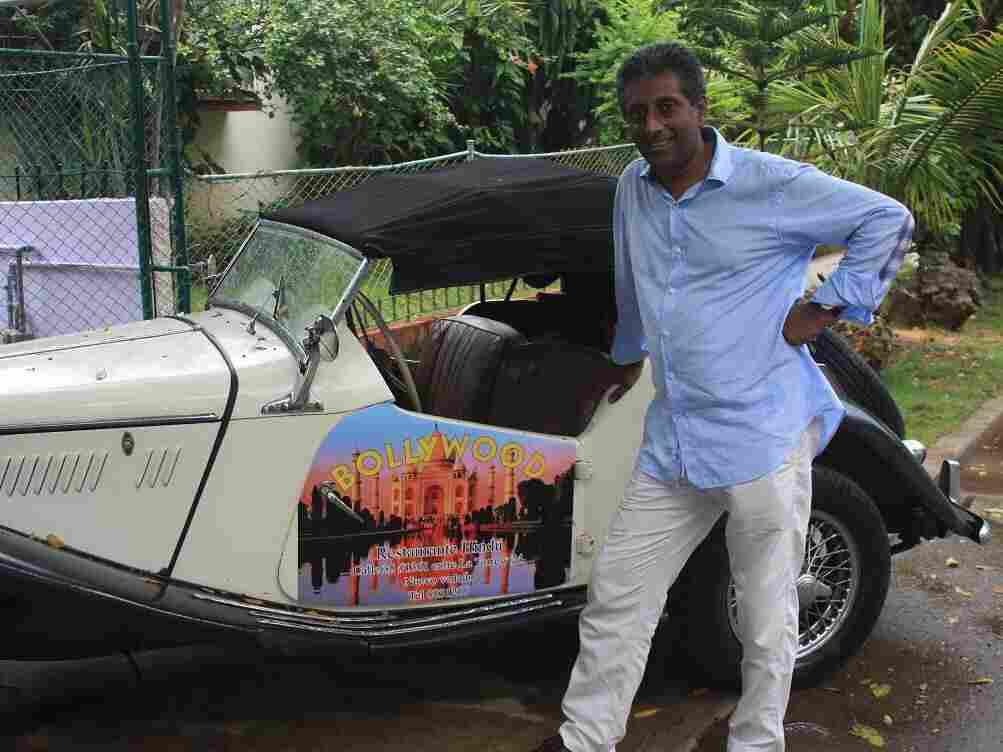 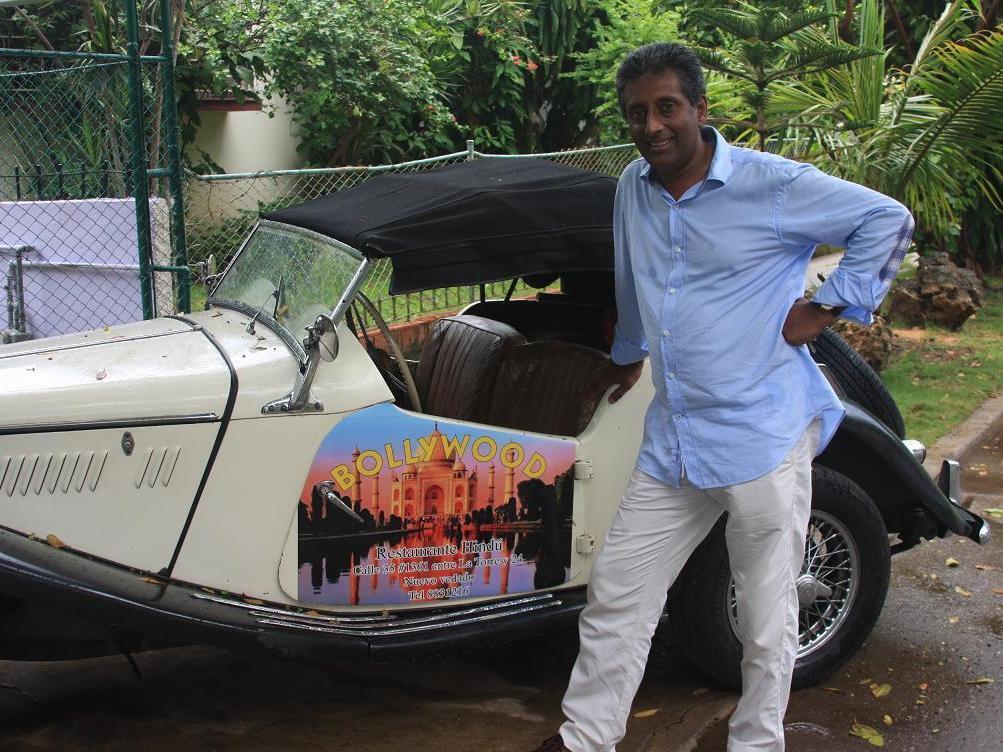 Cuba has tight advertising restrictions, so Cedric Fernando uses his British-made 1955 MG convertible to spread the word about his Indian restaurant, Bollywood, in Havana.

Cuba has hot weather, hot music, hot politics and hot Cubans. So why is the food so bland?

Tourists who have visited the island, particularly Cuba's state-run restaurants, know that Cuban chefs are deeply fond of frying their ingredients, but the range of seasonings tends to span from salt to garlic, with not much else in between.

Enter the Spice Man. He is Cedric Fernando, co-proprietor of the first and only Indian restaurant in Cuba, called Bollywood. And he's definitely turning up the heat in the kitchen.

Fernando has experience on islands with a somewhat insipid culinary tradition. He was born in London. But his parents are from Sri Lanka, and he grew up in a household of hot curry and South Asian spices.

Fernando met his Cuban wife, Ojacy Curbello, on a trip to Havana 16 years ago. The couple has lived mostly in London since then, visiting Curbello's family back in Cuba several times a year. They ran an Indian restaurant in Uruguay for a time too, but Fernando said the Southern Hemisphere's tourist season was too short, and he was looking for a good business opening in Havana, where good restaurants are hard to find.

When Cuban President Raul Castro began expanding opportunities for small-scale entrepreneurs, Fernando and his wife took something that had been a frequent dinner-table conversation of theirs — "why doesn't Cuba have any good spicy restaurants?" — and turned it into a business: Bollywood.

They opened the restaurant in December, converting the ground floor of their 1950s home in Havana's Nuevo Vedado district. Like many of Cuba's other home-based private restaurants that have opened in recent years, it's a small place, with capacity for about 25 chairs. But Fernando and Curbello are already working on an expansion to double that, since the place is often jammed on weekends.

"You won't make millions here, and you have to work really hard to make a small amount of money," Fernando said. "But it's fun at the same time. We have a lot of friends we can entertain."

Since advertising is limited, he promotes the restaurant on the side of his 1955 MG convertible. But he's optimistic that business opportunities here will continue to grow, as they have in countries like China and Vietnam.

"In Cuba," he said, "things are slowly turning, I think."

Fernando has a real estate business back in London, so making money in Havana was never the main goal. Rather, it's a way to fill a void in the country's spice cabinet, bringing flavors that are almost totally unknown on the island (Fernando hauls his curry from London).

Fernando keeps the Bollywood menu short. It's got dishes he says his Cuban chefs can really master, like Chicken Tikka Masala, Bollywood Prawns and Lamb Rogan Josh. The food, he insists, "is totally authentic."

Most of Bollywood's patrons are tourists or foreigners living in Havana, and the restaurant has been a hit with embassy workers stationed in Havana from Europe and Asia. But Fernando says about a quarter of his clients are Cuban, many trying Indian food for the first time.

Fernando's success notwithstanding, it's not as if foreign entrepreneurs can simply swoop in and set up Thai restaurants or burrito shops.

"The openings are for Cubans, not foreigners," said Fernando, emphasizing that under Cuban law, he's can't technically be Bollywood's owner. "Unless one is married to a Cuban and you have some experience in owning a restaurant, it's not going to be forthcoming," he said.