Accessibility links
Food Waste Is Overwhelming. Here Are Five Things People Are Doing About It : The Salt A report from the Natural Resources Defense Council finds that 40 percent of food in the U.S. today goes uneaten. But grassroots groups are working to turn food waste into something useful. 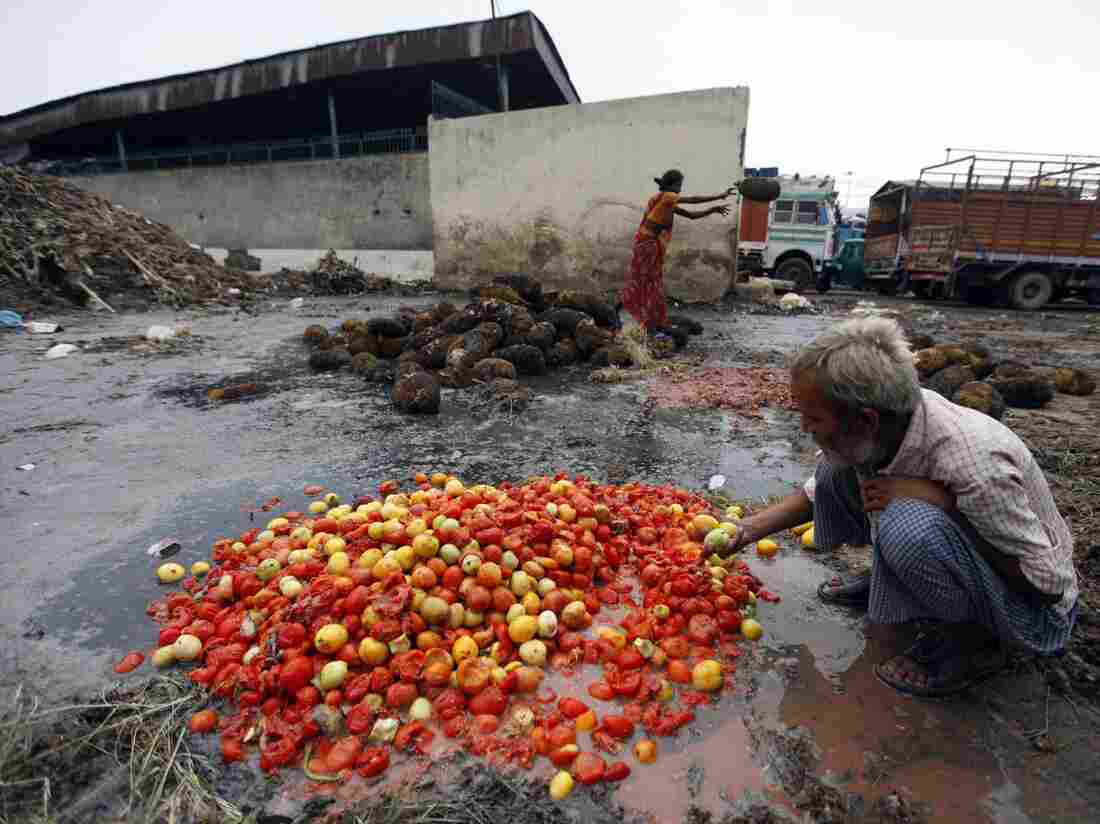 Rotten jackfruit and tomatoes are sorted at a dump in New Delhi. India loses an estimated 40 percent of its produce harvest for lack of infrastructure. And Americans waste about 40 percent of our food. Mustafa Quraishi/AP hide caption 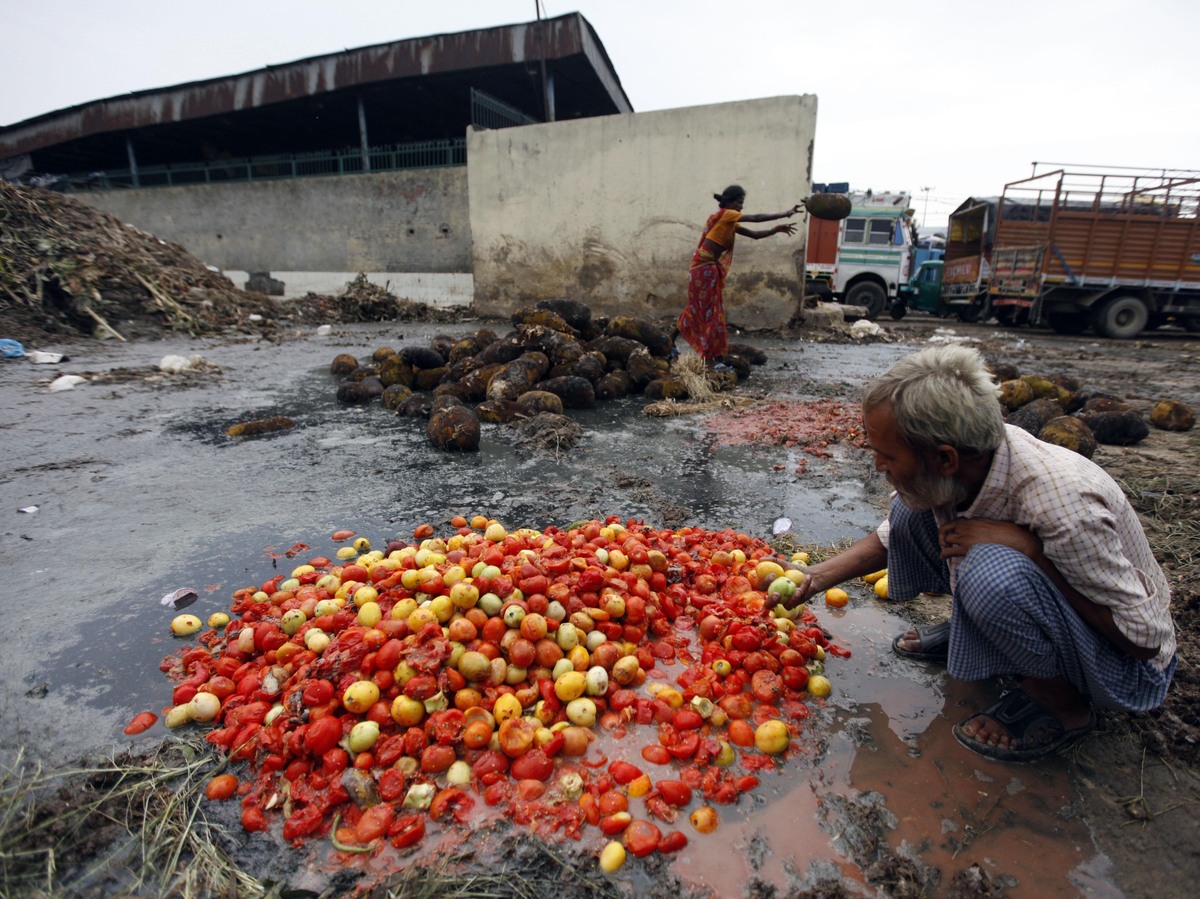 Rotten jackfruit and tomatoes are sorted at a dump in New Delhi. India loses an estimated 40 percent of its produce harvest for lack of infrastructure. And Americans waste about 40 percent of our food.

The food world is buzzing today about the latest news on just how often we waste perfectly good food. And we admit, the statistics are pretty depressing.

About 40 percent of food in the United States today goes uneaten. The average American consumer wastes 10 times as much food as someone in Southeast Asia — up 50 percent from Americans in the 1970s. Yet, 1 in 6 Americans doesn't have enough to eat, says the U.S. Department of Agriculture. And food waste costs us about $165 billion a year and sucks up 25 percent of our freshwater supply.

That's all according to the report with the not-so-subtle title, "Wasted: How America Is Losing Up to 40 Percent of Its Food from Farm to Fork to Landfill," just released by the Natural Resources Defense Council.

As we've reported, there are all kinds of offenders in this game, from restaurants to regular consumers and our refrigerators. But we thought we'd bring you some info on what some folks are doing to combat the waste and reroute the food where it's needed:

1. Coffee Could Be Fuel Times Two: Researchers are teaming up with Starbucks Hong Kong and a nonprofit called The Climate Group to turn used coffee grounds and wasted bakery items into fertilizer, plastics and biofuels, according to Fast Company.

2. Gents, Start Your Bikes: Caleb Philips founded Boulder Food Rescue, a group that collects produce and packaged goods that grocery stores consider no longer "sellable" and bikes them to shelters, housing projects and at-risk community outlets. Since September 2011, BFR has rescued more than 128,000 pounds of nutritious food and transported most of that to feed those in need, according to NPR's Participation Nation blog.

3. There's An App For That: Students at Arizona State University are developing a mobile phone app called FlashFood designed to connect restaurants with excess food to community groups in need, according to the blog EarthTechling. And Love Food Hate Waste is a free app for iPhone and Android that offers hints, tips and recipe ideas to keep home cooks from trashing those squishy tomatoes too soon.

4. Follow That Squash: NPR's Pam Fessler recently brought us this piece on how Wal-Mart and Feeding America have teamed up to get fresh but slightly imperfect fresh foods to the needy. And it's got some pretty cool graphics, too, where you can follow an ear of corn and some yellow squash from farm to table.

5. Do I Hear $100? Stay tuned tomorrow for a piece right here and on All Things Considered about how grocery stores are unloading food at auction that is discontinued, seasonal or near its expiration date, from NPR's Serri Graslie.

What cool anti-food-waste projects are you hearing about? Let us know in the comments section.