Accessibility links
Farmers Waiting Out The Drought Tune Into Twitter : The Salt Farmers are getting real-time news they can use, and moral support, from other farmers on Twitter. The social networking tool is especially important in this year's severe drought, which is affecting most of the country. 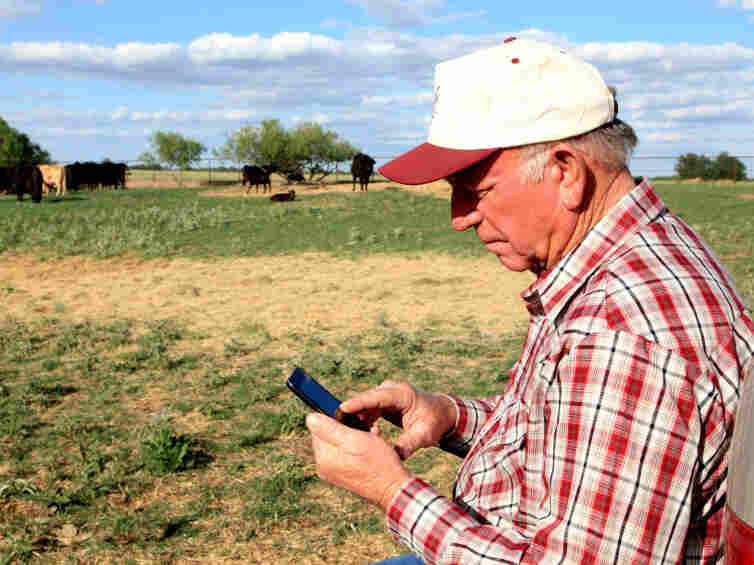 The information farmers are getting from Twitter can help them decide how and when to market their grain. iStockphoto.com hide caption 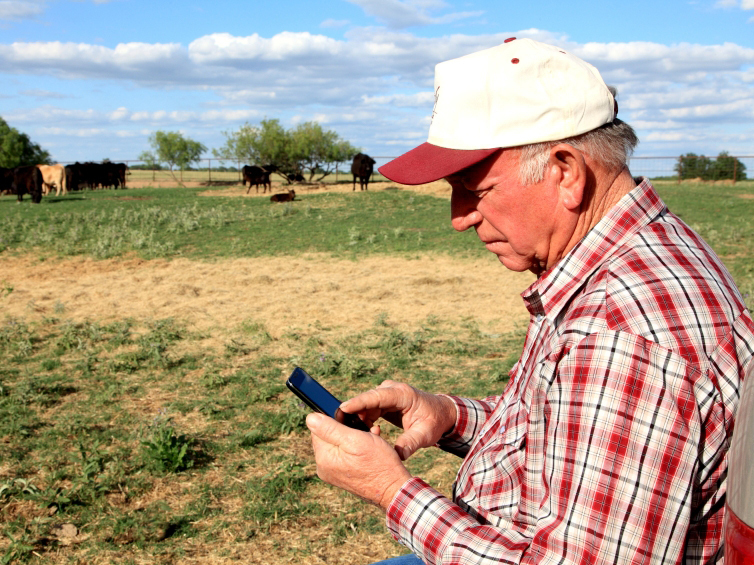 The information farmers are getting from Twitter can help them decide how and when to market their grain.

A few years ago, if Bill Graff wanted to find out whether other farmers' fields looked anything like his, he'd make some calls and check an online bulletin board. It might take him a few days, even a week, to get a sense of how his crops stacked up against others in his region.

Now Graff, 53, who grows 1,400 acres of corn, soybean, wheat and hay in central Illinois, checks his Twitter feed. "I can get a half-way decent idea of what's going on out there instantaneously," Graff says.

Graff and his wife, Judi Graff, who together manage four blogs about their farm and two Twitter accounts, are among a growing contingent of farmers using social media to share information during the growing season. Graff says insight into how other farmers are doing is especially helpful during this year's drought, which is ravaging about 77 percent of the U.S.

Graff's farm has gotten just one tenth of an inch of rain since August, and it hurts. "We're burning up," says Graff. "My dad is 87 years old and he says this is worse than the drought of 1954."

The U.S. Department of Agriculture, of course, also tries to keep farmers abreast of the weather and what it's doing to crops. But it has to move more slowly and cautiously than the people who report on Twitter. "You tend to wonder if USDA's information is as relevant as it used to be," says Graff.

The information Graff gets off Twitter on how fellow farmers are faring helps him decide how and when to market his grain, he says. "I might learn that in Shelby County, Illinois, they've got their shredders running and they're getting 25 bushels of corn an acre, while in another county in Iowa, they're getting a yield of 189 [bushels an acre]," he says. "You can start piecing together where the corn's growing, and whether the trend is good or bad."

Some of the best people farmers like Graff can follow on Twitter are the crop scouts. Farmers pay them to go out to monitor insects, weeds and disease, which means they're in the fields every day. Many of them are sharing photos of the crops they see — for free.

Graff estimates that only 5 percent of the farmers he knows are on Twitter. But he suspects that intel being exchanged on the social media site is filtering down to many more. "There are enough farmers — most of them young, or big — on there to give you a picture of what's going on out there," he says.

Of course, Twitter isn't going to make it rain, but Graff says it's like "having an extra wrench around. " Plus, he says, "Misery likes company. You find out there's people worse off than you."

Indeed, as Grist reported earlier this week, Twitter tags like #drought12 are serving as a kind of support group for farmers seeking solace in the fact that they're not alone with their withering crops.