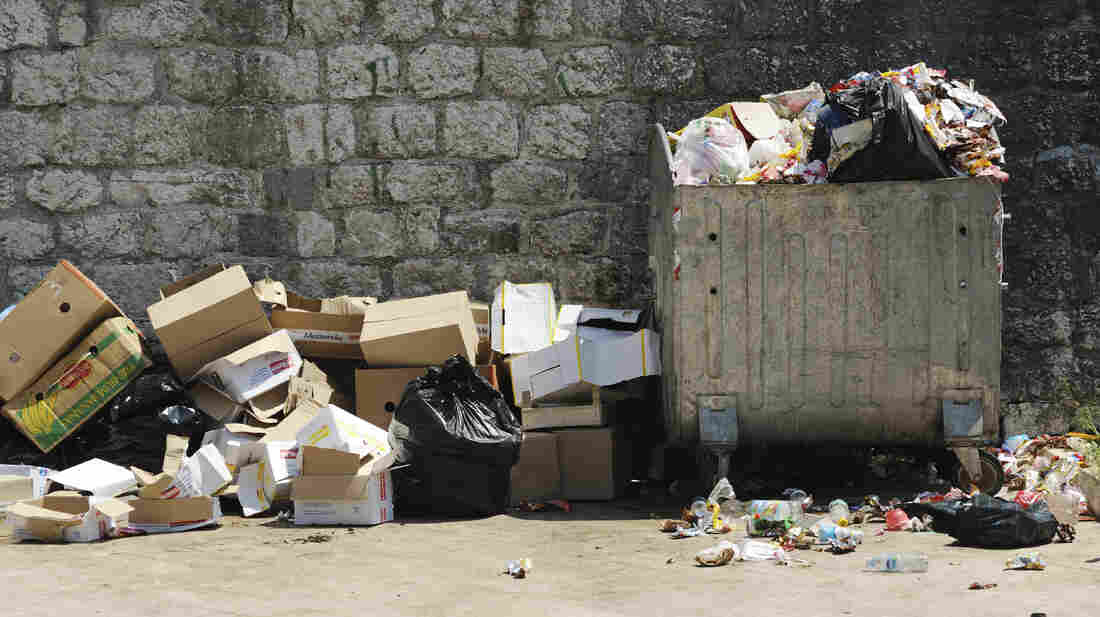 Portland-based GO Box, a service that provides and cleans reusable take-out boxes for local food trucks, hopes to keep some of the city's food waste from going in the dumpster. iStockphoto.com hide caption 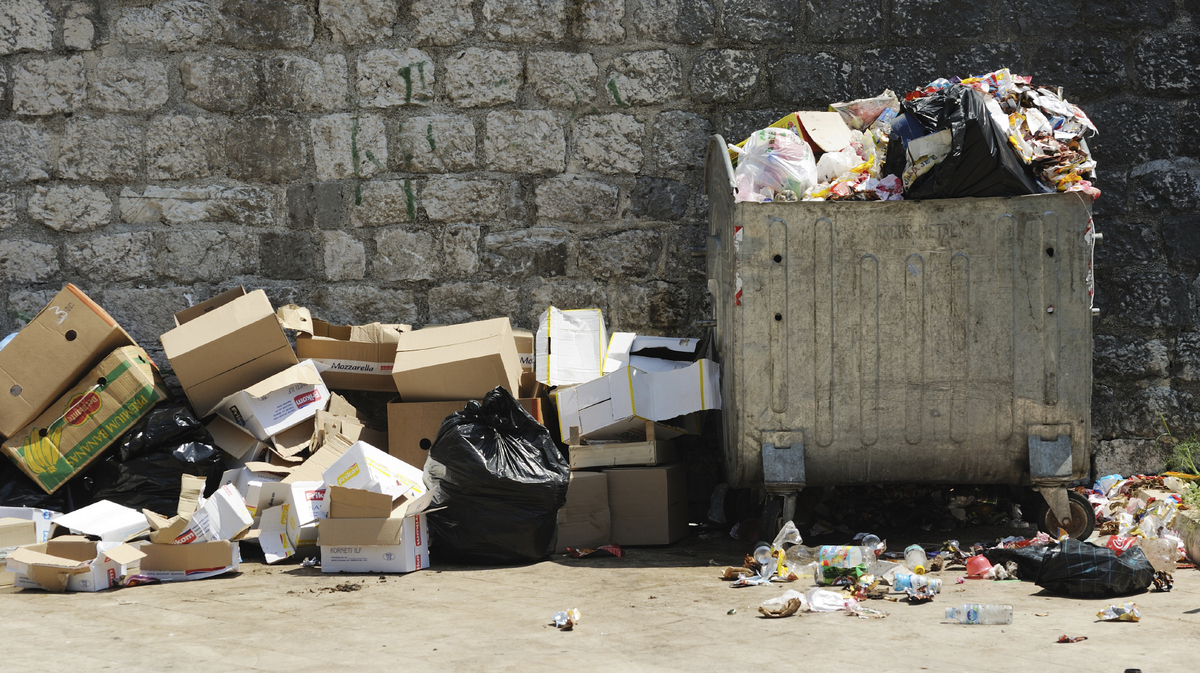 Portland-based GO Box, a service that provides and cleans reusable take-out boxes for local food trucks, hopes to keep some of the city's food waste from going in the dumpster.

With nearly 700 food carts licensed last year, Portland, Ore., is arguable a leader in the mobile food revolution. Lucky residents can choose between Iraqi-Jewish sabich, yeasted Belgian liege waffles, or Indonesian rendang, all served out of a friendly window on the sidewalk. But all of these mobile meals come with a downside — namely, trash.

According to some estimates, food carts dispose of roughly 60,000 containers every month in downtown Portland alone. Some are compostable, some recycleable (though not through Portland's current curbside program), but regardless, city officials say most end up in the garbage. And green-minded "cartivores" who want to bring their own containers are prevented from doing so by the city's health code.

As we've reported, food waste is a giant worldwide mess, but there are many folks taking action on a local scale. Last year, a new Portland company, GO Box, cropped up with a solution to the mountain of clamshell packages. Participating carts stock GO Box's reusable containers, which are made of a blue-tinted #5 plastic, like a more durable version of the standards takeout clamshell.

Once containers are used, they are collected at drop-off sites and then professionally cleaned (satisfying our protective friends at the health department). Eaters sign up for a $12 annual membership fee, and each time they drop off a dirty tray, they get a token to exchange for a clean one the next time they dine at a participating cart.

Currently about 50 carts participate, along with a handful of restaurants and vendors at the stadium that hosts Portland's soccer team. They pay a nominal fee for each GO Box used (partially offset by the savings on disposables), and receive an incentive for each new member they sign up (as well as the positive publicity from signing onto the program).

Founder Laura Weiss has a background in environmental policy, and has been growing GO Box since last summer. IT now boasts about 1,000 subscribers, with more signing up every month. Weiss has been working out the logistics as they scale up — figuring out how to locate and staff collection sites, signing restaurants up to volunteer dishwashing services, figuring out a route of bicycle-based deliveries and collections — but she says her biggest mission is just getting people to think differently.

"It's a whole new idea people have to wrap their minds around — we don't need to have disposables," she says. Although closed systems like this have existed for years in cafeterias and hospitals, people are just starting to realize that, with a little coordination, a similar practice can take hold among independent cart businesses.

The city of Portland recognized GO Box this year with an award for their sustainable businesses practices. Lindsey Maser, with the city's Bureau of Planning and Sustainability, described the program as a win-win for everyone. "It was really exciting that she was meeting a demand — so many people in Portland wanted it, and nobody was offering it."

And cart owners are excited as well. Kevin Scofield dishes out about a half-dozen plate lunches into GO Box containers every day at his Hawaiian cart 808 Grinds. Although he acknowledges that cart space is tight, the frequent drop-offs mean that he can manage a small pile at a time. "Obviously we want to make money and do well, but we also want to do the right thing," Scofield says. He's happy to help out another small business as well, and notes that the customers committed to sustainability are happy that he provides the service.

Scott Fitzsimons and Genevieve Rades dish out their Carolina barbecue into GO Box containers, and say some customers actually seek them out because of it (GO Box lists participating vendors on its website to share the love).

As an environmentalist, Laura Weiss would love to see GO Box spread beyond Portland, and has fielded interested calls from Stockholm to Vancouver, B.C. She acknowledges that there are certain factors required for success, namely the density to support such a system (GO Box currently only offers service in the cart-and-pedestrian-rich downtown corridor). And it relies on food cart cooperation.

But even this small service makes an impact — based on the numbers of containers cleaned, Weiss estimates that GO Box has already kept nearly 10,000 clamshells out of the waste stream.