Accessibility links
Grow Your Own Locust Kit Could Someday Help Feed African Refugees : The Salt Insects, such as locust and grasshoppers, are a cheap source of protein that requires minimum resources to farm. Taking advantage of these properties, two design students have built an emergency food kit that allows families in a Kenyan refugee camp to grow their own source of protein--locust. 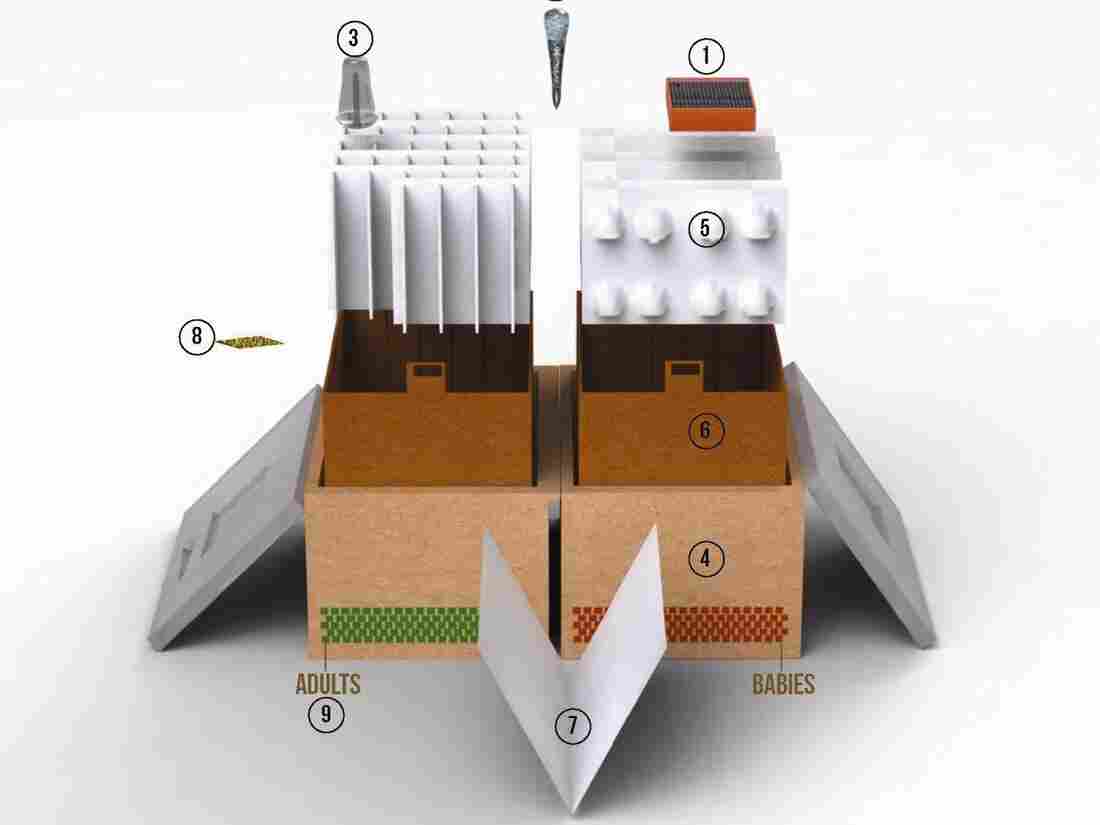 Locust Farm, a prototype for an emergency food kit, would allow refugees to grow their own locust--a nutrient-rich source of protein. Courtesy of Lea Bailly and Nicolas Pena hide caption 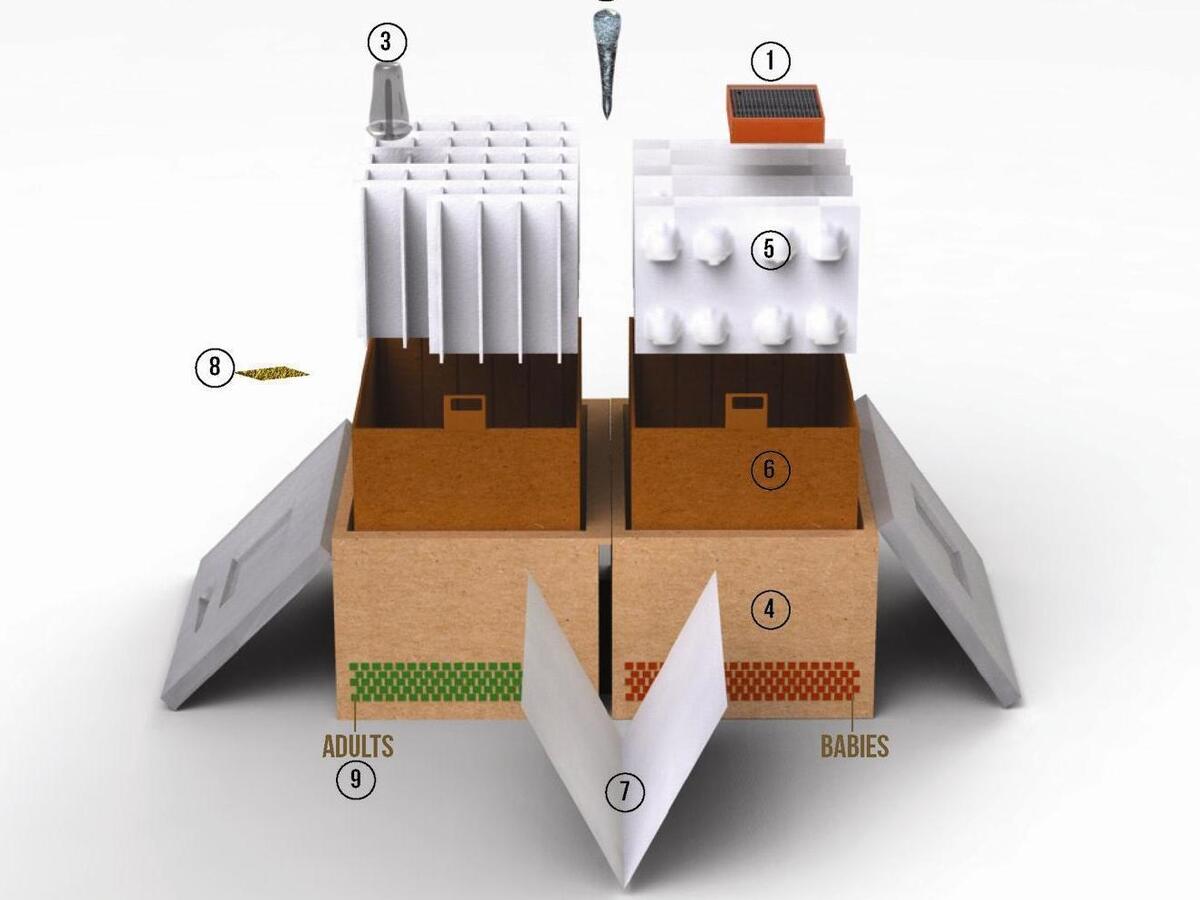 Locust Farm, a prototype for an emergency food kit, would allow refugees to grow their own locust--a nutrient-rich source of protein.

When it comes to environmentally-friendly meat, insects can't be beat. As The Salt reported last year, grasshoppers, crickets, and beetles are four times more efficient at converting grasses into protein-packed meat than cattle. Insects generate less greenhouse gases than cows, eat just about anything and survive in dry, inhospitable environments.

That's why two industrial engineering students want to use insects as emergency food for families living in Africa's largest refugee camp in Kenya where water, livestock and resources for farming aren't available.

Nicolas Pena Parra and Lea Bailly from L'Ecole de design Nantes Atlantique in France recently designed an aid kit (see this animated video on how it works) that consists of two cardboard compartments folded together, with one side for eggs and pupae and the other side for adult locust. The kit also includes instructions for how to feed and harvest the grasshoppers and to get the farm going with egg-laying females.

The product is still in the preliminary stages of development, but from what we can tell, it's the first of its kind. The team recently built a prototype bug kit and entered it in the The James Dyson Award, an international design competition.

Arnold van Huis, an entomologist at Wageningen University in Belgium, thinks the idea just might work. 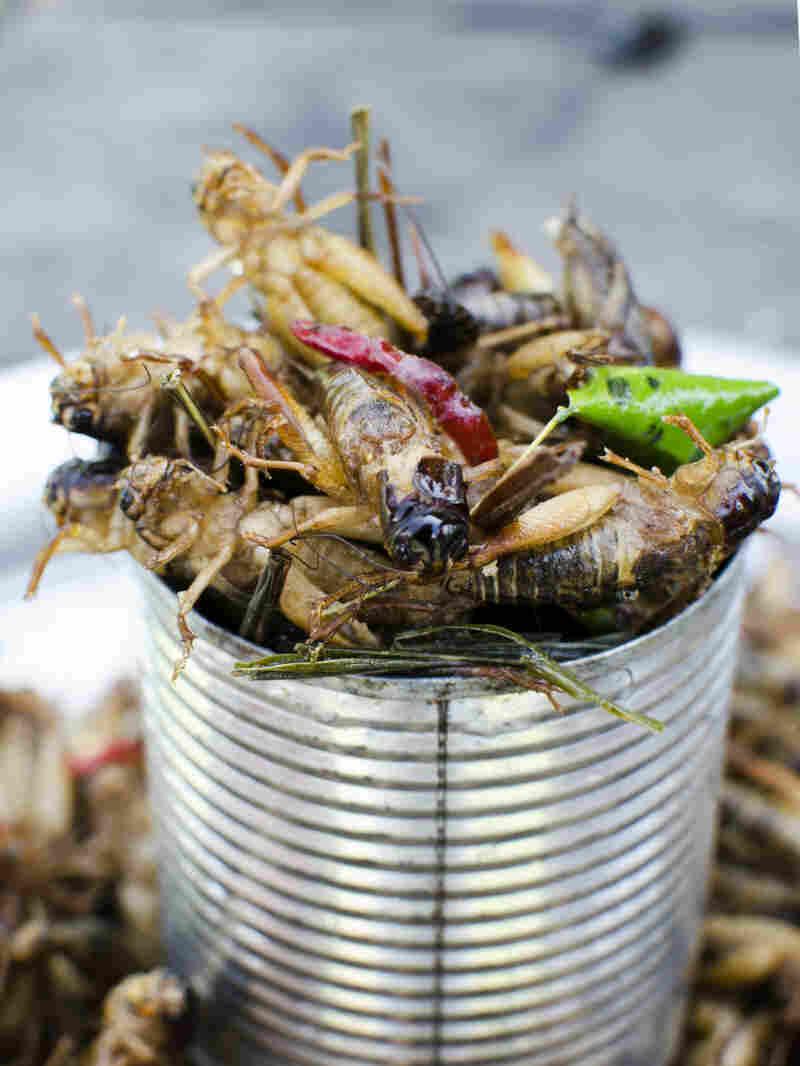 Locusts are cheap and easy to farm, and are considered a delicacy in many countries in Africa. Soon Wee Hong/iStockphoto.com hide caption 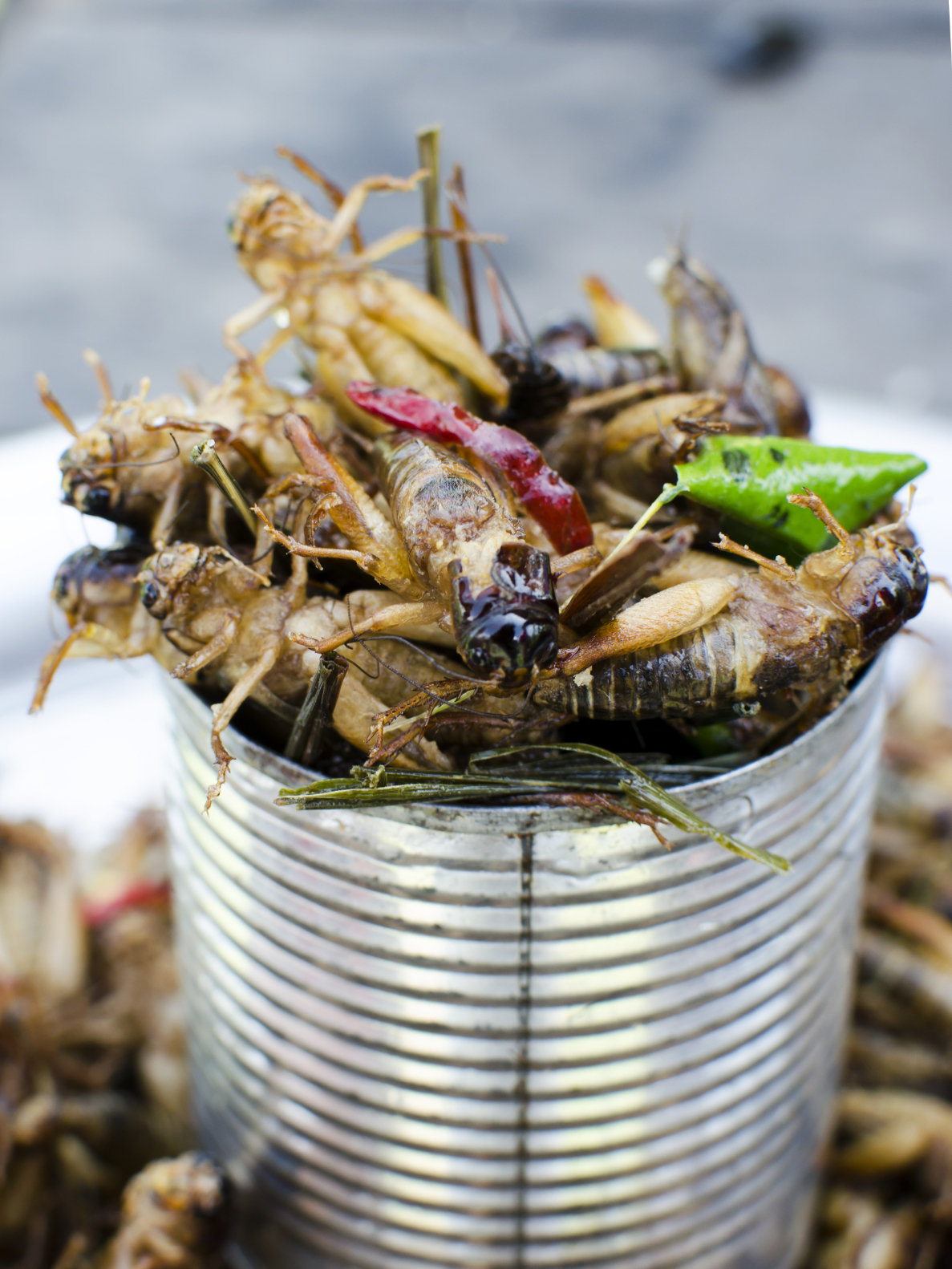 Locusts are cheap and easy to farm, and are considered a delicacy in many countries in Africa.

That's because Van Huis, who studies the global culinary use of insects, says that locusts and grasshoppers are already commonly eaten in Kenya and other parts of eastern Africa. In some regions, the insects are even considered an delicacy.

"People collect locust after a plague for eating," van Huis says. "I've even seen woman harvest grasshoppers from their millet plants and earn more money from selling the grasshoppers than from the millet itself."

Parra and Bailly designed the kit specifically to help families in a Kenyan refugee camp, called Dadaab, which is located about 100 kilometers from the Somalia border. Dadaab is run by the United Nations and offers food and medical services to more than a half million people fleeing violence and famine around the area.

They learned about the camp during a class assignment, and decided to create a product that might help with the malnutrition problems facing the camp's residents.

Van Huis says that the insects would provide another source of high-quality protein for the refugees — in addition to the rice, wheat, beans and some Vitamin A oil they receive.

"They are quite rich in micronutrients, such as iodine, which can be a problem for children and pregnant women in refugee camps," Van Huis tells The Salt.

So what are the downsides to the kit? One major issue may be water.

"It is dangerous to say that locusts need less water than other livestock," van Huis says. If the locusts can eat local foliage, which is packed with water, this won't be issue, but if the families feed the locusts freeze dried grass, the bugs will still need clean water.

Parra and Bailly will find out Thursday if they advance to next round of the Dyson competition and are still in the running for the top prize, which is about $16,000 in U.S. dollars. That money would go a long way towards creating a buzz about the kits.