Accessibility links
No More Shame: Boxed Wine Now Comes In A High-End Fashion Purse : The Salt Boxed wine suffers a reputation for being cheap and generally lousy. Plus, a box can't really compete visually with a sleek glass bottle. So a Swedish company has reshaped the box into a purse, for easy transport and improved lines. 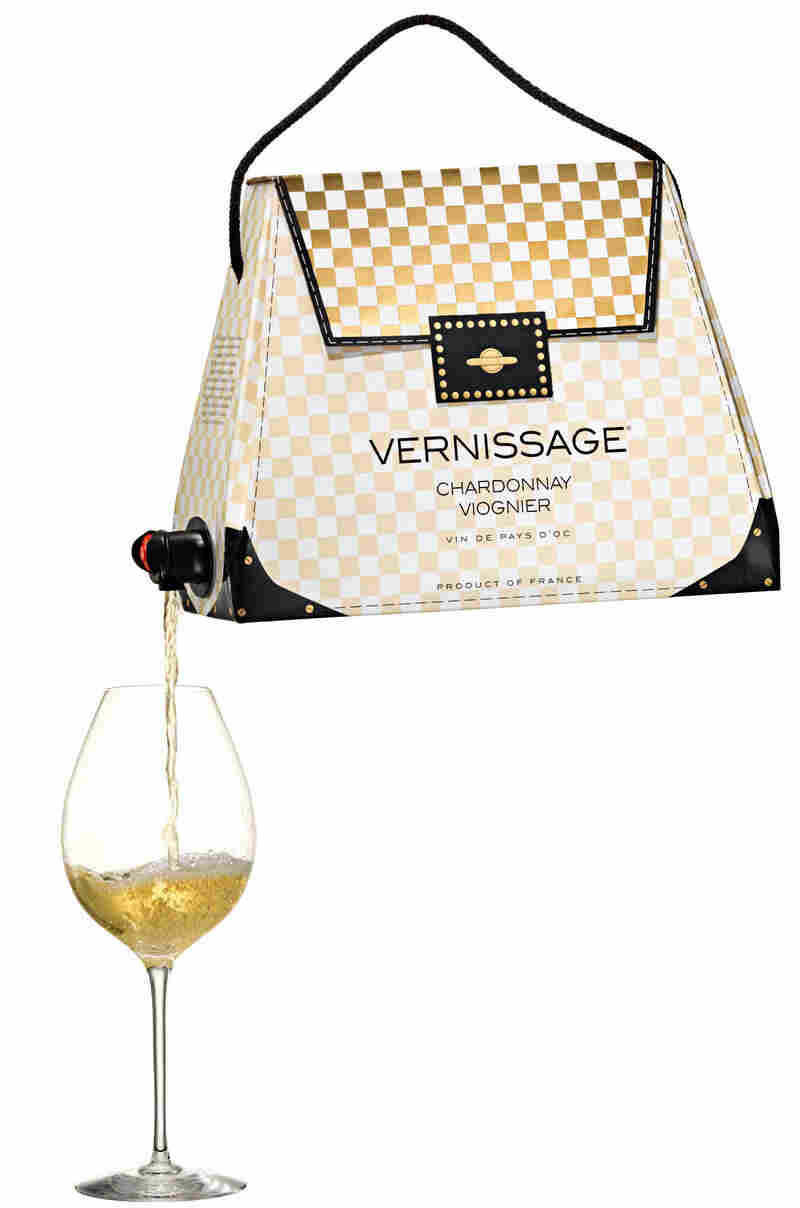 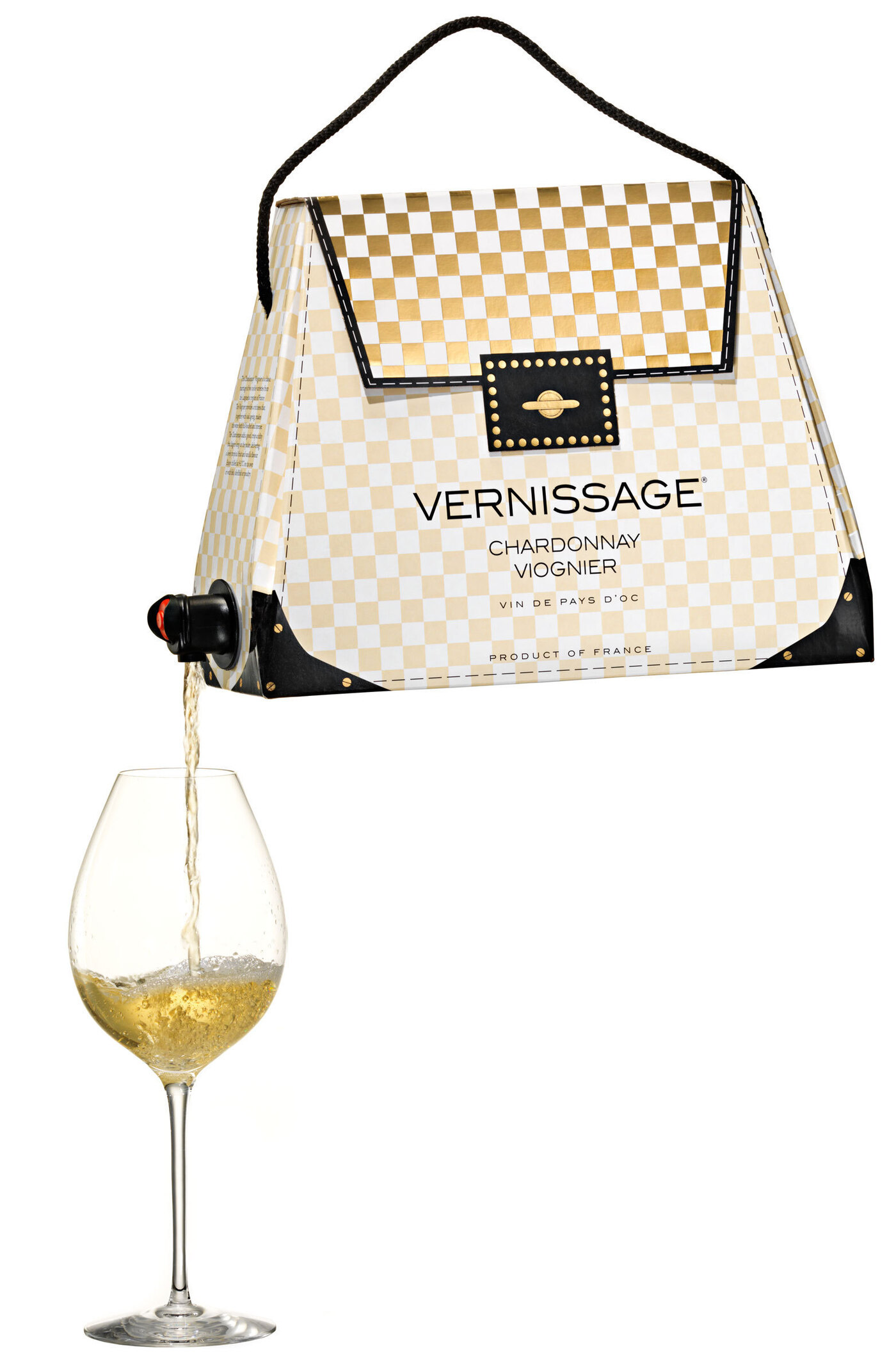 Vernissage is trying to revamp boxed wine to attract a more sophisticated customer.

Ladies, if the thought of showing up at a party or a picnic with a box of wine seems a little gauche, there's now a product for you: Vernissage's "bag-in-a-bag" of wine. It's boxed wine, shaped like a handbag.

Elliot Stern, CEO of Squish Wines, is in charge of importing the bags, which originate in Sweden, into the U.S. He says it's a "whole new concept of design" meant to appeal to a classy lady heading out to lunch with the girls or dinner with her significant other.

More than half of female drinkers chose wine over other alcoholic beverages, according to a recent Gallup poll, so there's reason to think this might appeal to a few women out there.

The idea for the wine purse originated a few years back in Sweden. Alternative wine packaging has been surging across Scandinavia, and luxury wine expert Takis Soldatos took notice, Stern says. Soldatos then paired up with the bag designer, Sofia Bloomberg, and came up with the Vernissage brand. Since its Swedish debut in 2010, the wine-in-a-purse has launched in China, Japan and several other countries in Europe.

Stores in the U.S. will start seeing these bags of wine in the next few weeks. But since wine consumption continues to steadily climb, what took the purse so long to make its voyage here?

The answer may lie within the stigma of boxed wine, which suffers a reputation for being cheap and generally lousy. Plus, a box can't really compete visually with a sleek glass bottle.

And yet there's a silver lining to all the cardboard and plastic: Bags seem to actually be better than glass for preserving wine. When a glass bottle is uncorked, air rushes in and starts to oxidize the wine, and distort the flavor. The bag-in-box technology forces the wine out of the tap while only allowing in a minimal amount of oxygen. Hence, it keeps longer — even up to a few weeks.

Oenophiles should be happy to know that Vernissage is pumping French wine from Vin de Pays d'Oc into its airtight bags. There's a Chardonnay Viognier (in a white bag), a Cabernet Shiraz (black), and a Rose (pink, of course). A 1.5-liter purse will run customers about $20. The 3-liter bag will cost about $40.

As for how well the purse will do stateside, only time will tell, but success on other continents bodes a promising future. People do accept change — eventually.

"One generation ago no one was buying wine with a screw cap," Stern says, "and look now."

Only thing we're wondering is if there's a man bag version of this in the works.