Accessibility links
To Maximize The Joy Of Eating Candy, Apply Physics : The Salt What's the best way to make the pleasure of eating a candy last? A team of Austrian researchers devises a simple method for observing how spherical candies dissolve.

To Maximize The Joy Of Eating Candy, Apply Physics

To Maximize The Joy Of Eating Candy, Apply Physics 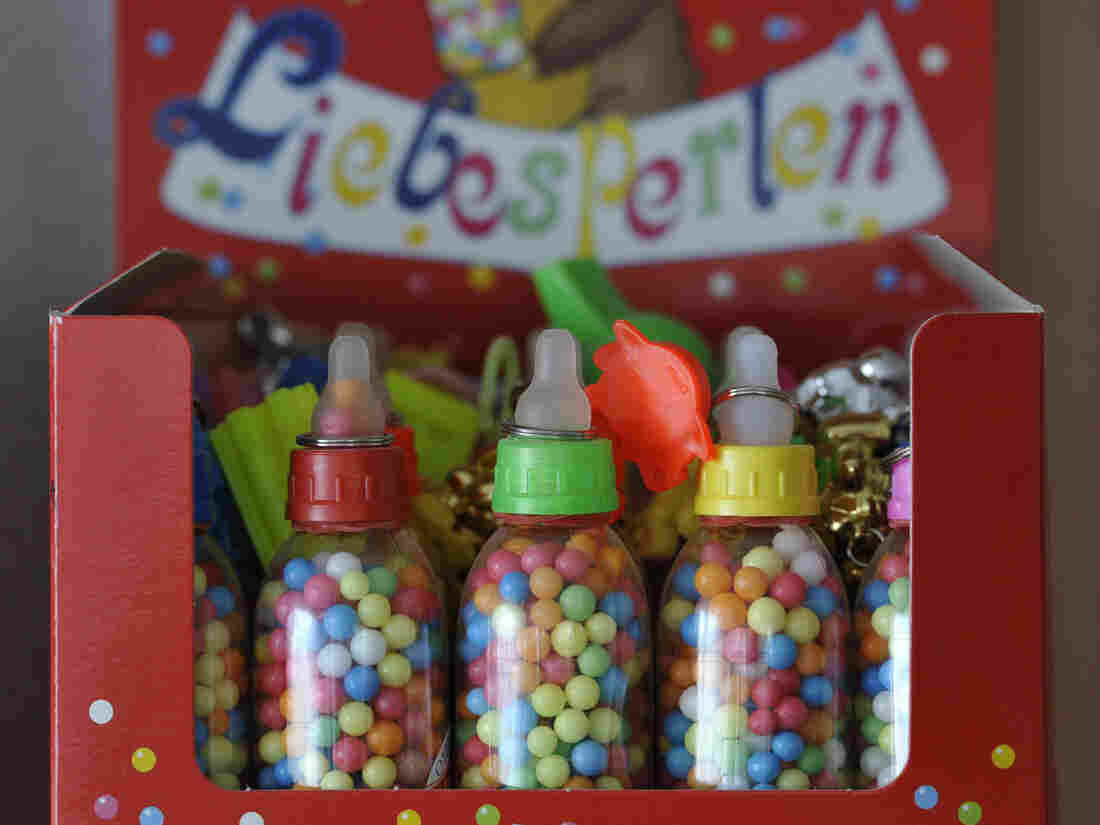 These German Liebesperlen, or "love pearls," helped researchers unravel the mysteries of how candies dissolve. Why the baby bottle packaging? Beats us. Matthias Rietschel/APN hide caption 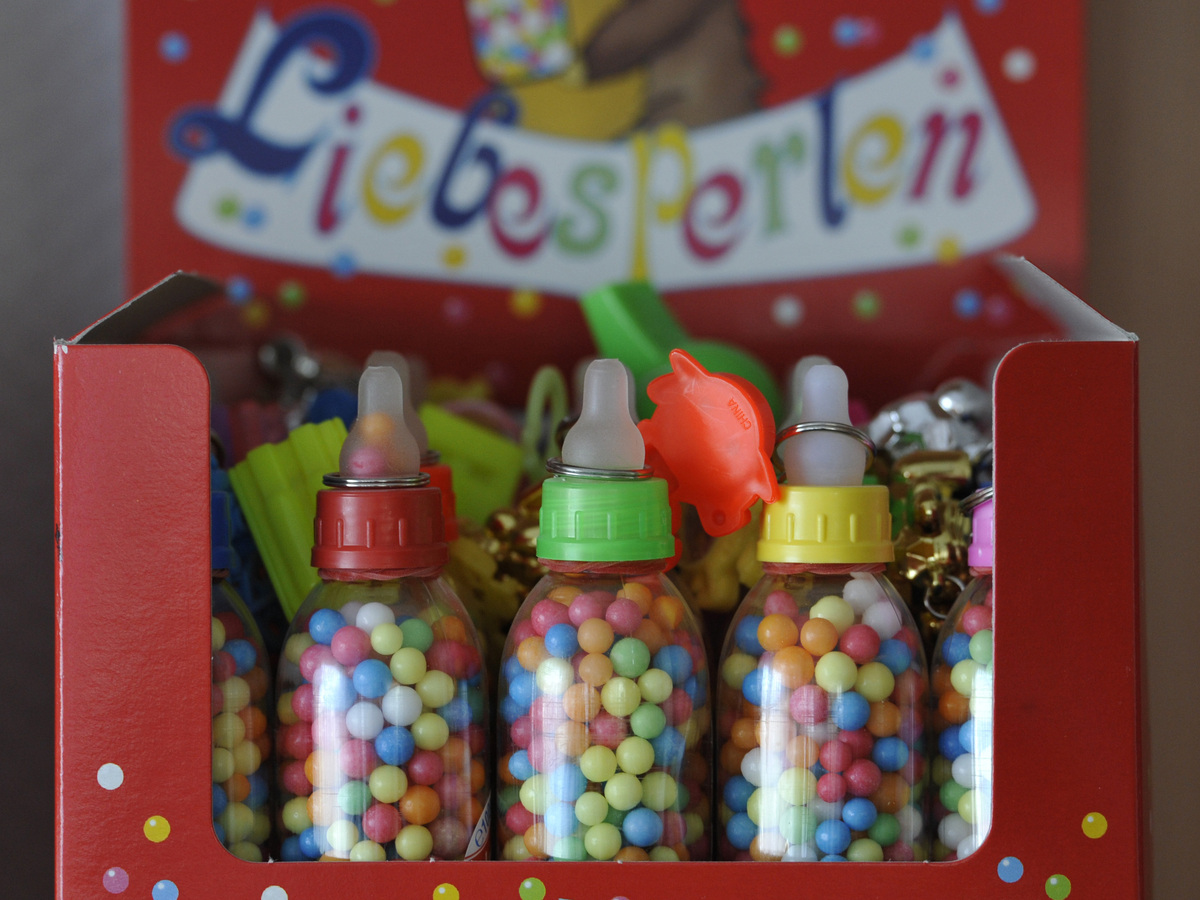 These German Liebesperlen, or "love pearls," helped researchers unravel the mysteries of how candies dissolve. Why the baby bottle packaging? Beats us.

When it comes to candy, most people fit into two camps — either you savor your candy, or you devour it right away.

If you're a "savorist," you'll be happy to learn that certain spherical candies can take up to a half-hour to dissolve if you don't bite into them, at least according to some research recently submitted to the journal Physics Education.

The study, "Sticky physics of joy: On the dissolution of spherical candies," by a family of University of Graz researchers in Austria, is hardly the usual science journal fare. It caught our eye because it promises that "serious questions on the optimal strategy of enjoying a candy will be addressed, like whether it is wise to split the candy by breaking it with the teeth or not."

We know from years of Halloween-related experience that with most candies, sadly, once you pop one in your mouth, it starts dissolving. Or, as the paper puts it, "The time of joy due to tastiness is quite finite." But we never really knew how it worked.

To see how the candies dissolve, the researchers plopped some spherical candies in a bowl of slightly agitated tap water, which has a similar pH to saliva, and observed the effects from a camera mounted above the bowl.

They discovered that the whole candy dissolved at a steady pace over about 25 minutes (check out the charts.)

Now, these were tiny spherical candies — German candies called Liebesperlen, whose name translates as sugar pearls or literally, "love pearls," says researcher Andres Windisch, a PhD student who normally works on continuum methods in quantum field theory. But you might be able to recreate the results with Gobstoppers or Fireballs or whatever sweet, homogeneous spheres you've got on hand. (Note: This won't work with M&Ms — they're not spheres, nor are they homogenous!)

The way the candy dissolved was a surprise to the researchers. "We expected the thing to vanish exponentially," says Windisch. But what they found was that it actually decreased linearly. "The linear decrease seems to be the general behavior for surface-driven phenomena like the mass-decrease through the surface of the candy in this case," he tells The Salt in an email.

In other words, the radius of the candy got smaller at a constant rate, explains the American Physical Society's Buzz Blog.

The idea for the study was born out of a conversation at home. Retired medical physics professor Herbert Windisch had a cold and was using candies to ease his throat pain, according to his son, Andreas. They began wondering how a candy vanishes over time.

"It was more like a Sunday afternoon project," says Andreas Windisch. "When we got the results, we decided to put it into a paper and send a draft to a educational journal to use it as a nice example for school classes," he says.

Of course, you can eat your candy any way you want — even if you like to chew it — but it lasts longer if you don't break it up, the researchers note:

"Even though we now know how candies dissolve over time, we stress that the best thing to do when eating a candy is to forget about these considerations, since they draw your attention away from what candies are made for: enjoyment."