Accessibility links
Recession Still Hurting U.S. Families Trying To Put Food On The Table : The Salt A USDA report shows that 18 million households are struggling with the lingering effects of the recession. Particularly hard hit are households with children headed by single mothers who may be working but aren't earning enough to get by without assistance. 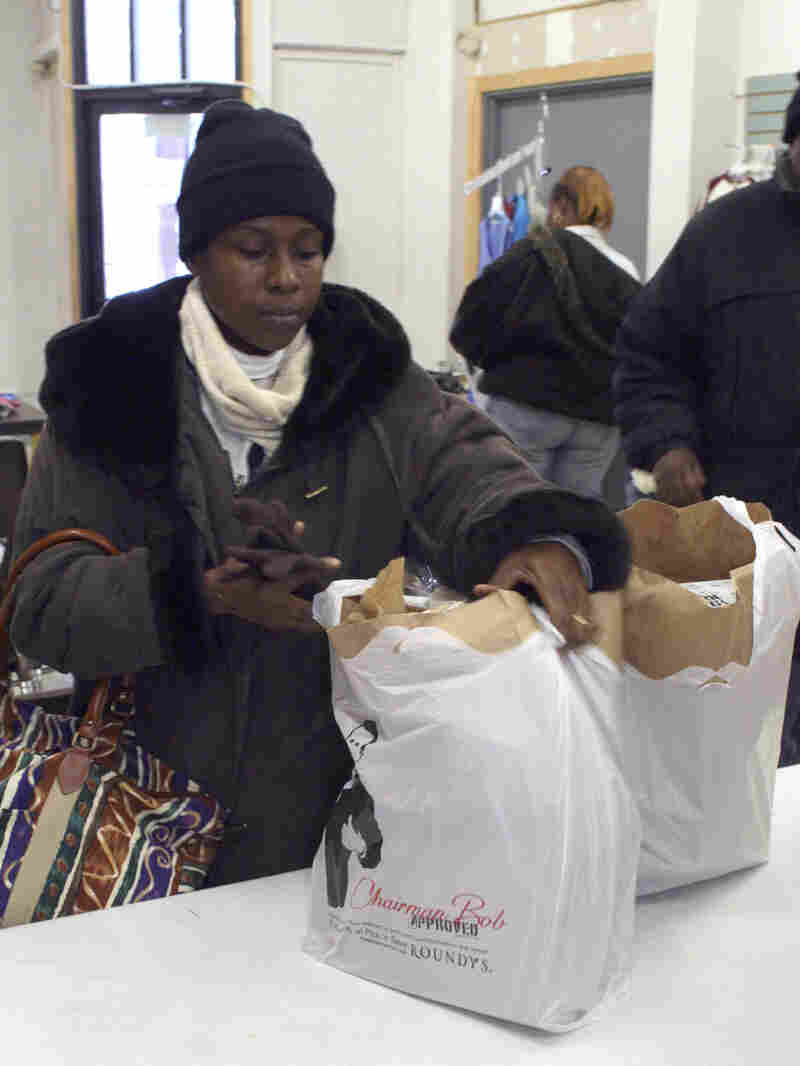 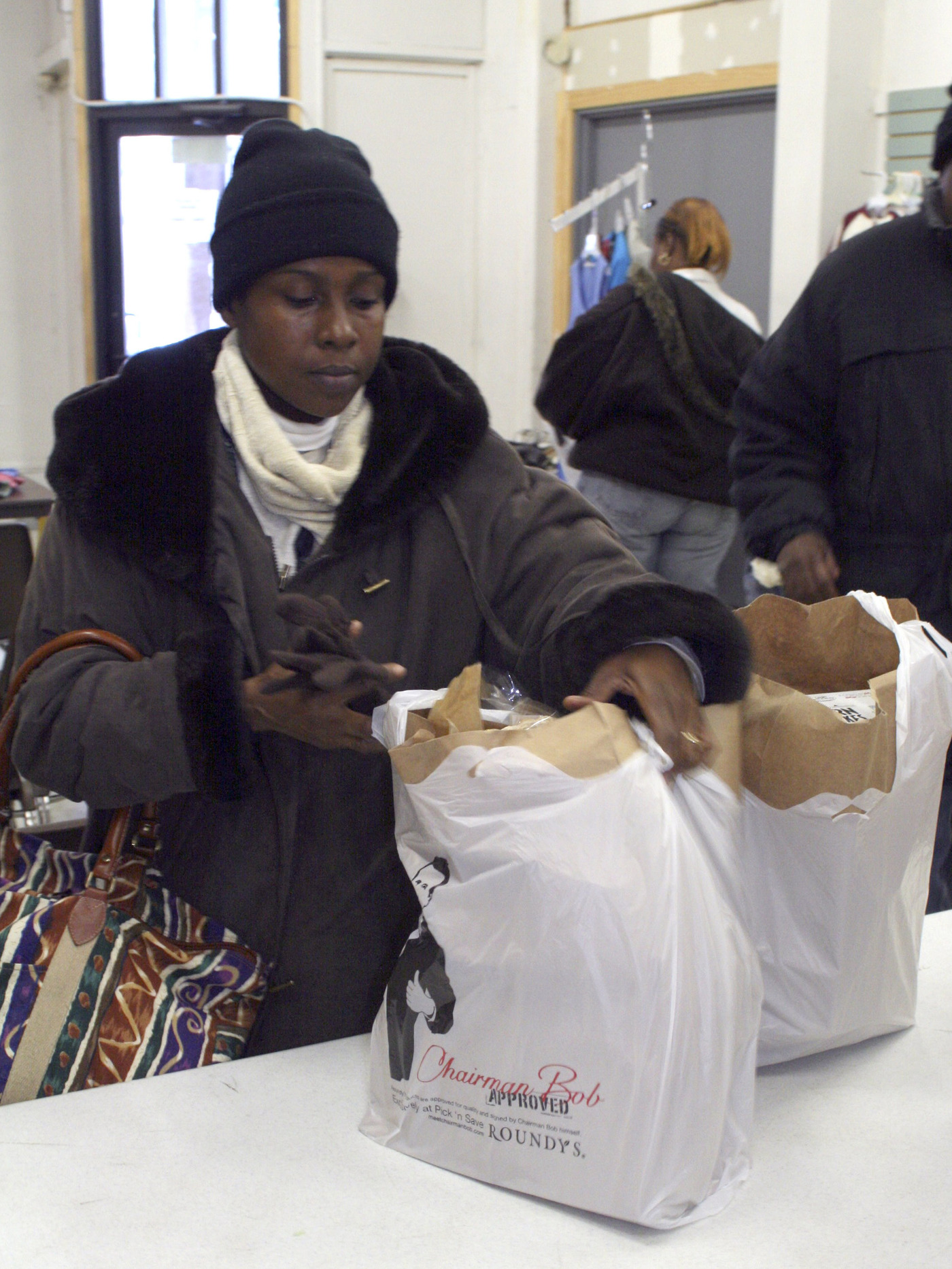 Jacque Holland, 43, of Milwaukee picks up food at the food pantry at United Methodist Children's Services of Wisconsin.

The number of U.S. families struggling to put enough food on the table remains at record-high levels, according to new figures out today from the government. Last year, 1 in almost 7 households were what the government calls "food insecure." That's about the same level as in 2010, but still far higher than before the recession. The problem finding enough food is especially severe among households headed by single mothers with children.

Before the recession, about 1 in 10 households had a problem getting enough to eat. But in 2008, things got a lot worse. And it's pretty much stayed that way ever since. The Agriculture Department today said that almost 18 million households had trouble putting food on the table last year, and that in about 7 million of those households, people didn't have enough to eat.

"There are many Americans who are still struggling with the lingering effects of the great recession," says James Ziliak, head of the Center for Poverty Research at the University of Kentucky.

He says it's troubling that the numbers haven't gotten better, especially when it comes to those families who face the most difficult challenges.

"This is worrisome, because the expectation is that in the coming year, food prices are likely to go up quite a bit, owing to the drought in the Midwest and in much of the country, and so this is likely to be an ongoing challenge," he says.

"We're serving more people, and we have less food," she says.

Chafin says that demand for food from local pantries and soup kitchens has grown more than 50 percent since 2007, and there's no sign things are about to let up. She says any economic recovery has yet to be felt in this area of the country.

"We believe that families are really struggling to make ends meet, and to purchase food, and to have funds to pay for rent and fuel, and then also some of their other basic needs, for medication and things like that."

She says many of those turning to local food pantries for help are elderly, or are single mothers who might be working but aren't earning enough to get by.

In fact, the government says that almost 37 percent of households with children headed by single mothers had trouble getting enough food last year, slightly more than the year before. Overall, 1 in 5 children in the U.S. lives in a food-insecure household. That's a big concern for Tom Nelson, president of Share Our Strength, a nonprofit working to end childhood hunger.

"The fact that we've got 16.6 million kids in households where the kids are at risk of not having the food and nutrition they need, that's not what should be going on this country," he says. But as bad as the numbers are, they could be worse.

"About 57 percent of the families that are food insecure report receiving assistance from one of the federal food programs. So what it tells us, if those programs are threatened or are lessened, it's going to put even more people into a food insecure situation," he says.

Which is one reason Nelson is in Charlotte, N.C., this week at the Democratic National Convention with actor Jeff Bridges. They're trying to drum up support for anti-hunger programs, such as food stamps, now called the Supplemental Nutrition Assistance Program, or SNAP. An estimated 46 million people are getting SNAP, according to another recent report.

The program is facing steep budget cuts in Congress, mostly from Republicans who think the economy would be better off with smaller government. Nelson says he also went to the Republican National Convention to make the case that childhood hunger has to be addressed.

"We're finding that both parties are really, to a large extent, particularly at the federal level, way too quiet on this issue," Nelson says.

In fact, neither President Obama nor his Republican challenger, Mitt Romney, had any comment today about the new numbers.