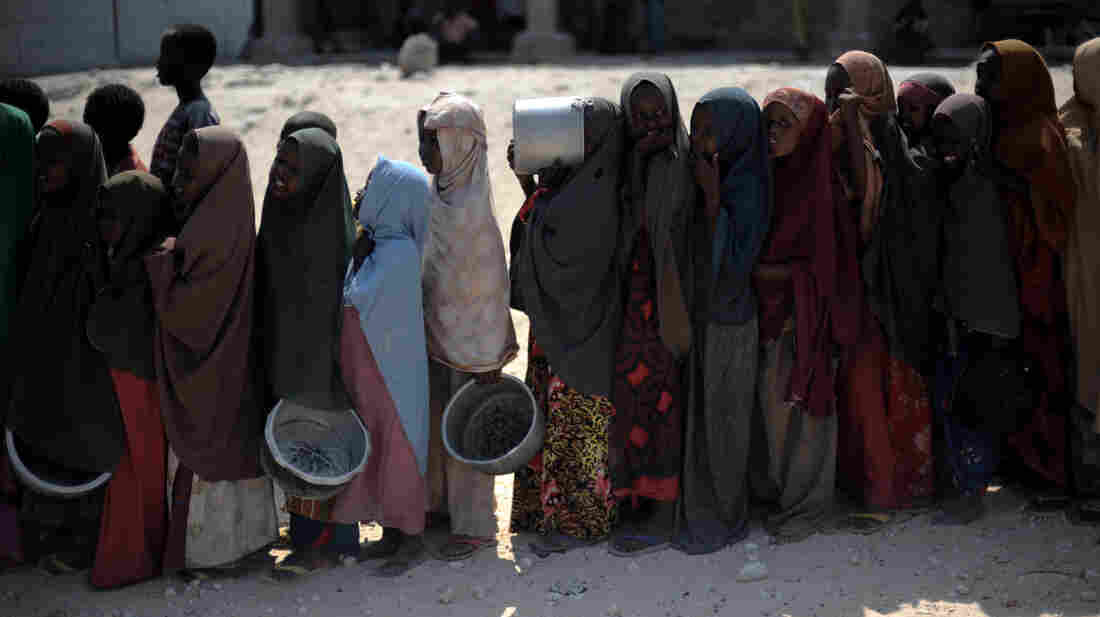 Somali girls line up to receive a hot meal in Mogadishu last year after the worst drought in the Horn of Africa in decades, compounded by war, put millions in danger of starvation. Roberto Schmmidt/AFP/Getty Images hide caption 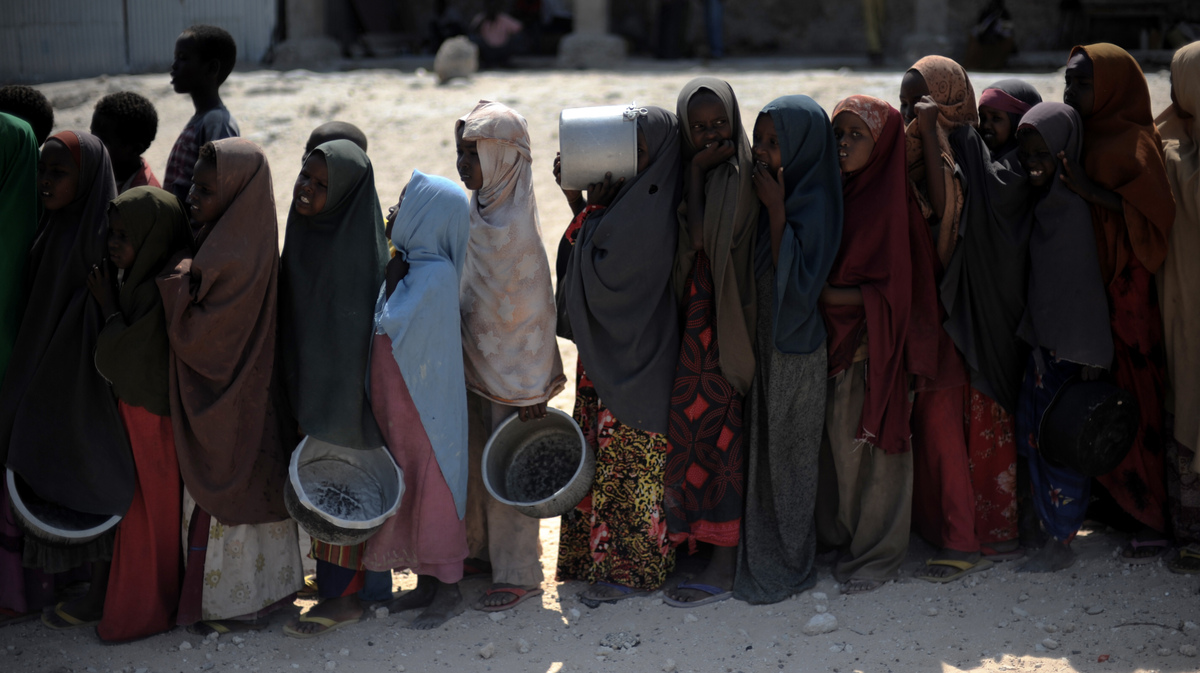 Somali girls line up to receive a hot meal in Mogadishu last year after the worst drought in the Horn of Africa in decades, compounded by war, put millions in danger of starvation.

Reducing greenhouse gases and saving the polar bears tend to dominate discussions on climate change. But to the booming world population, one climate change issue may be even more pressing – hunger.

A new report by a leading international relief agency warns that climate change will increase the risk of large spikes in global food prices in the future, and lead to more hungry people in the world. That's because extreme weather like droughts, floods and heat waves are predicted to become much more frequent as the planet heats up.

"Our planet is boiling and if we don't act now, hunger will increase for millions of people on our planet," says Heather Coleman, climate change policy adviser for Oxfam America, which released the report today.

The combination of the severe drought in the U.S. this summer and droughts in Eastern Europe led to a sharp increase in world food prices in July, according to the World Bank. And the world's poorest are particularly vulnerable to spiking food prices, because they use most of their income on food.

As we reported last month, some of the sting may be yet to come. The drought in the U.S. is particularly hard on animal feed, and increases in meat prices may be on the way as a result, although they are not predicted to be as high here as you might expect.

Still, any price increases can make it difficult for poor families to get enough food, even in rich countries. For example, before the recession in 2008, one in 10 U.S. households couldn't find enough food. (The government calls them "food insecure.") For 2010 and 2011, as Pam Fessler reports, that number has increased to one in seven households.

But poor countries in Africa and the Middle East stand to suffer most. That's due in part to the fact that different countries handle price spikes differently.

For example, price swings between 2007 and 2008 resulted in an 8 percent increase in the number of malnourished people in African nations, according to a report by the Food and Agriculture Organization.

Meanwhile, large, stable countries like China were able to stabilize grain prices for their people, but smaller countries were vulnerable to high global prices.

In 2010, when an extreme drought in Russia shriveled its crops, food prices there increased, so Russia banned wheat exports, which sent global grain prices soaring.

As we reported earlier this year, the relationship between climate and hunger is a complex one.

But there are ways people are trying to protect the most vulnerable from the effects of climate change, says Siwa Msangi, a fellow at the International Food Policy Research Institute.