Accessibility links
Why We Rarely Feed Animals Food Scraps, Even In A Drought : The Salt Getting local restaurants or food factory to donate food scraps to farmers can be complicated. So most livestock producers buy their feed on the open market, and suffer the higher prices caused by the drought in the Midwest.

Why We Rarely Feed Animals Food Scraps, Even In A Drought

Why We Rarely Feed Animals Food Scraps, Even In A Drought 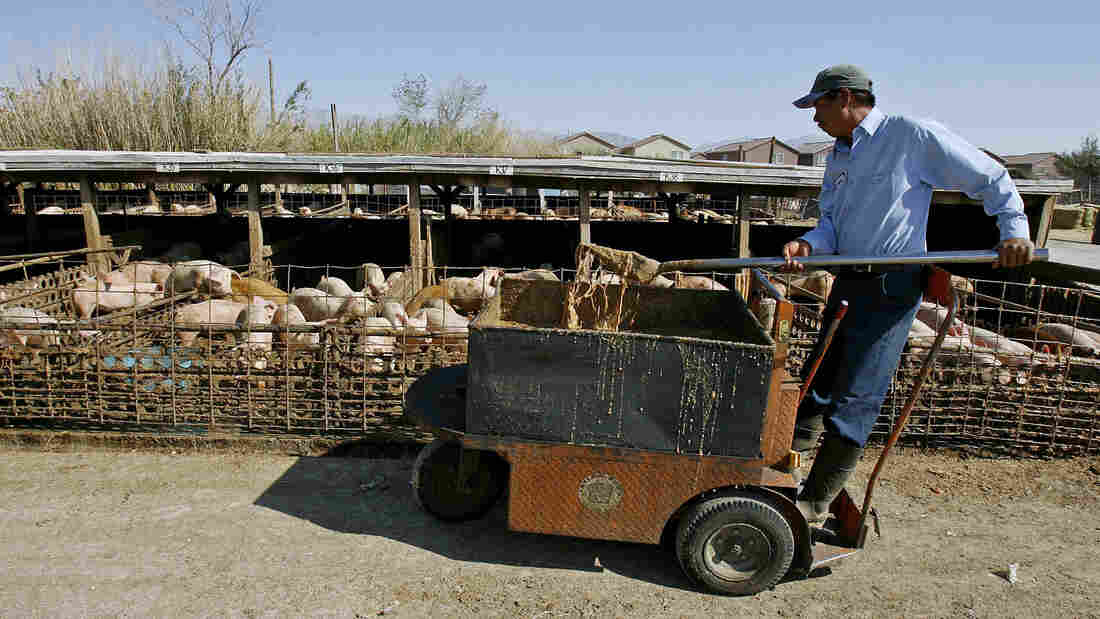 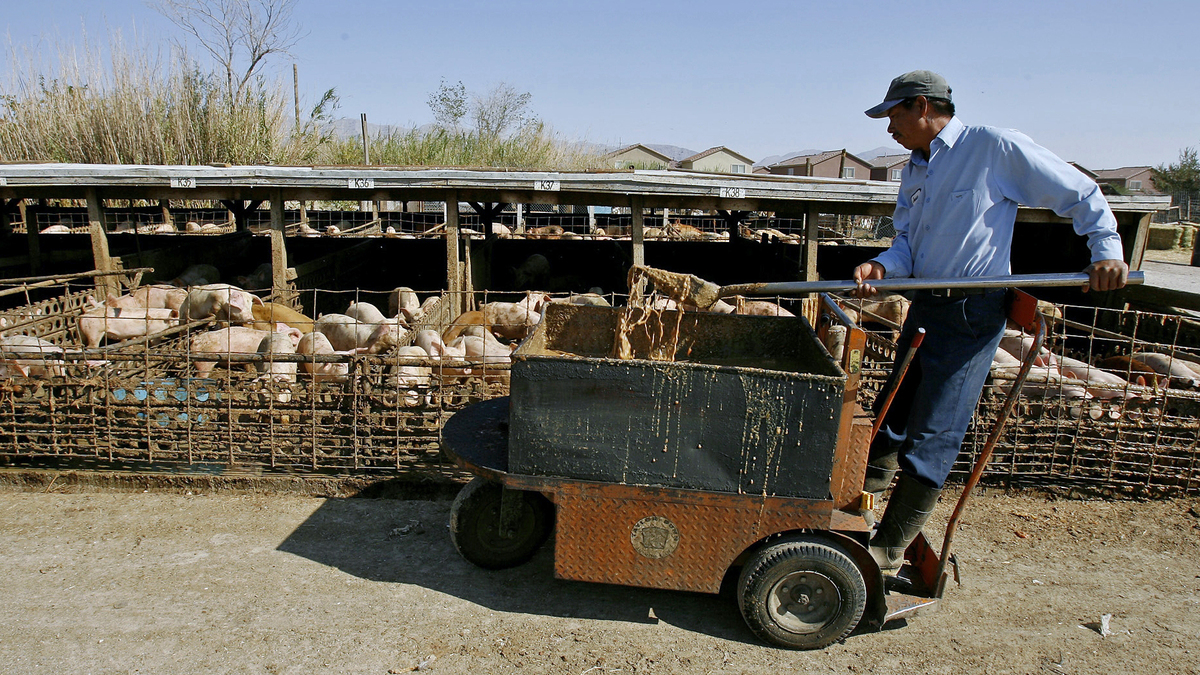 Last month we heard that a farmer in Kentucky was feeding his cattle discarded chocolate because corn was too expensive. Things are getting weird, we thought.

But it turns out this isn't a total anomaly: Elsewhere in the country, pigs and cattle are treated to bakery byproduct — bread, dough, pastries, even Cap'n Crunch — as our friends over at Harvest Public Media reported earlier this year.

We've long been throwing our scraps to animals, of course; pigs, in particular, have stomachs pretty similar to humans and can eat just about anything we eat. And there's that huge quantity of food that ends up in the landfill, generating greenhouse gas emissions. We could be funneling more of that food to hungry people and animals, according to the Environmental Protection Agency.

Since these scraps are essentially free, they would presumably be a particularly good option this year for farmers looking for a cheap alternative to corn and soybeans as the drought hammers the harvest of those feed crops.

But it turns out that most livestock producers will still buy their feed on this open market, and suffer the high prices. Why not ask the local restaurant or food factory for help, we had to ask?

"It's a great idea, sure, but there are a lot of limitations," says Rhonda Sherman, a solid waste specialist for North Carolina State University's Cooperative Extension Service. Sherman says the number of farmers in North Carolina who requested permits to give food waste to their animals dropped from 117 in 1997 to 66 in 2006. Sherman says she's not sure how many have permits this year, but she suspects there aren't many.

For one thing, there's more red tape around feeding food waste to animals than ever before. All animal feed is highly regulated and inspected by the Food and Drug Administration, the Department of Agriculture and other agencies. The same goes for food waste destined for animals: Many state laws require the waste to be cooked before it's given to animals to get rid of dangerous bacteria or viruses.

"As a farmer, I would also be worried about what else could be in the food waste," Bill Graff, who raises cattle in Illinois, tells The Salt. "I would not want my animals choking to death on a plastic fork left in."

Sherman says there are also just fewer farms nowadays, which makes the logistics of getting the waste harder. "The food is decomposing, so unless the places that generate the waste have room to store and refrigerate it, the farmers have to pick it up every day," says Sherman. "As gas prices go up and farmers get farther away, it's just harder for them to do it."

Most livestock producers these days also have contracts with big multinationals like Smithfield or Tyson. Which means they have strict rules about what they can and can't feed the animals.