Accessibility links
Panera Sandwich Chain Explores 'Pay What You Want' Concept : The Salt The Panera coffee and sandwich chain is replacing some of its stores with nonprofit versions that allow customers to pay what they want and raise awareness about food insecurity. So far, the stores are paying for themselves. 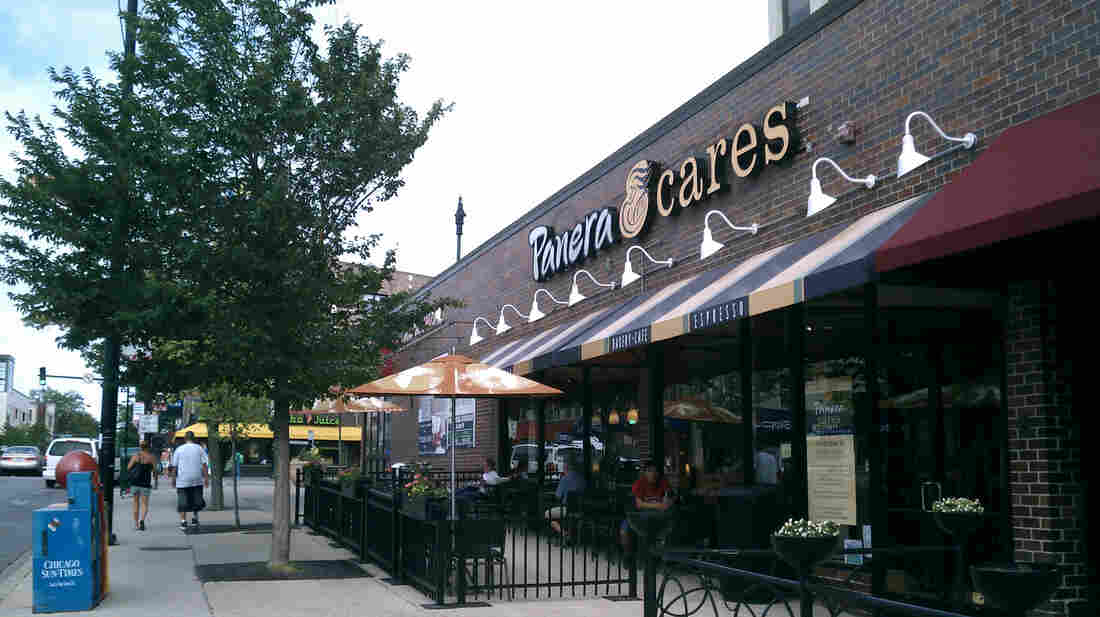 This Panera Cares store in Chicago switched from for-profit to nonprofit this summer, and it started asking customers to pay whatever they want. Niala Boodhoo for NPR hide caption 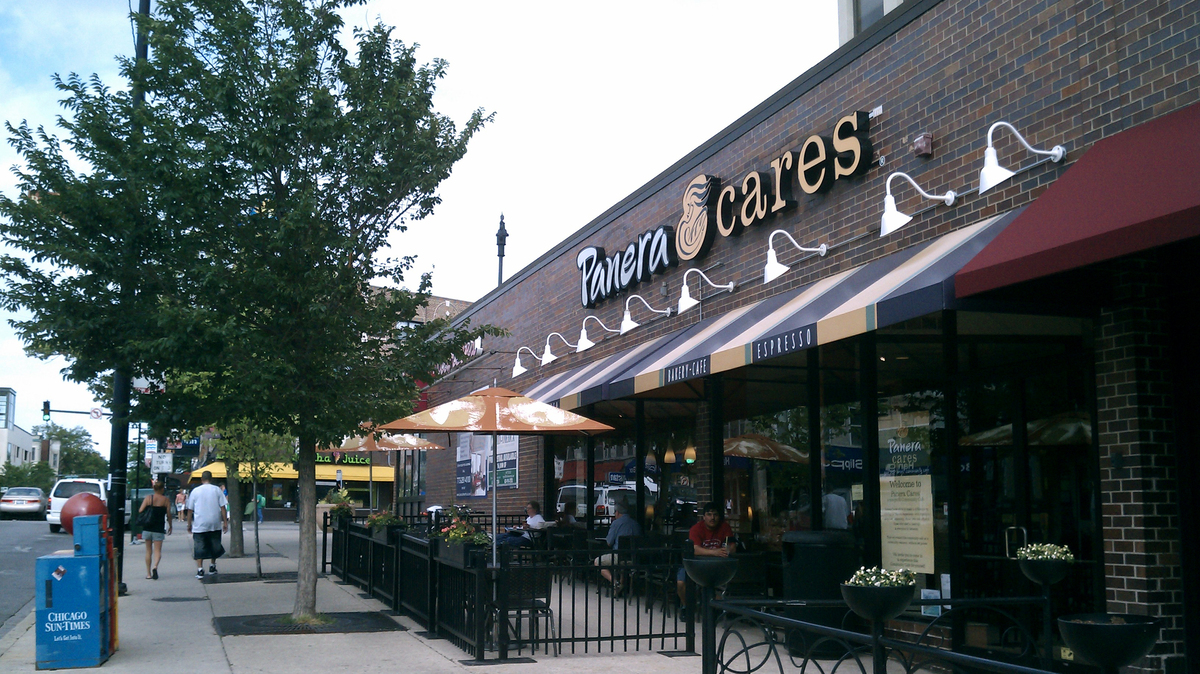 This Panera Cares store in Chicago switched from for-profit to nonprofit this summer, and it started asking customers to pay whatever they want.

The concept of "pay what you want" for goods and services is a nostalgic throwback to the days when people trusted one another just a little bit more, and it's something you expect to see at the occasional farm stand or at a hip, independent coffee shop.

But recently, the sandwich and coffee giant Panera decided to get into the business with Panera Cares, a nonprofit version of the national chain. The company takes existing stores and donates the entire setup to the foundation. The money the store makes pays for the operations. Any additional profits go to local charities.

"They feel like every other Panera Cafe in America; they don't feel the least bit different," says Ron Shaich, co-founder and co-CEO of Panera Bread Co. Well, there is one difference customers will see: There's a donation box where the cash registers were.

Shaich is also president of the Panera Foundation, which runs the Panera Cares that recently replaced the Panera that had been a fixture of the Lakeview area of Chicago. He sees the cafes as a way for the company to help the community and raise awareness about middle-class food insecurity.

Lakeview is the fourth Panera Cares in the country, and Chicago is its biggest market yet. Panera does not track the numbers exactly, but it says roughly 20 percent of Panera Cares customers give more than they're asked. An additional 60 percent donate the suggested amount. The rest pay less or nothing.

While some customers were a bit confused by the donation boxes when earlier stores opened a couple of years ago, Chicago resident Laura Lamar says when the Lakeside Panera became a Panera Cares, it didn't really change her routine: Her coffee used to cost $1.79 a cup. Now, she just gives them $2, and tells them to keep the change.

"It's just, what, 21 cents," Lamar says. "It's not going to make a difference in my life, but it might help somebody else, and if everybody just gave an extra quarter or 50 cents it would make a difference."

But does it make sense for a business?

Robert Gertner, deputy dean of the University of Chicago's Booth School of Business, says it's a fairly unusual model for a for-profit company. "It's very rare where you see companies where their charitable activities are a nonprofit version, if you like, of what they do," he says.

Gertner says it's hard to replicate this model well. He points to Ben & Jerry's, which has had a similar effort for decades. The ice cream company created "partner shops" where they waived the franchise fee, which was then run by local nonprofits.

The results, he says, were mixed, but in the long run, it did not really work out: Ben & Jerry's at one time had more than a dozen partner shops. Today, it has only three.

"I think it's something of a challenge to make it work well," Gertner says. "We'll see if it works well for Panera Cares."

Gertner thinks Panera has a chance. The nonprofit stores may even inspire more loyalty from customers and employees, who feel like they're making a difference. He says people are always more likely to give toward an immediate, easy-to-understand need like providing a meal, rather than for something abstract.

So far, Panera says this cafe, like the other locations, is paying for itself.