Accessibility links
Want To Control Your Alcohol Intake? Ask For A Different Glass : The Salt The shape of the glass can fool a drinker into drinking more alcohol, but not so with soft drinks. New research shows that people were better able to calculate the halfway point of their beers in a straight glass.

Want To Control Your Alcohol Intake? Ask For A Different Glass

Want To Control Your Alcohol Intake? Ask For A Different Glass 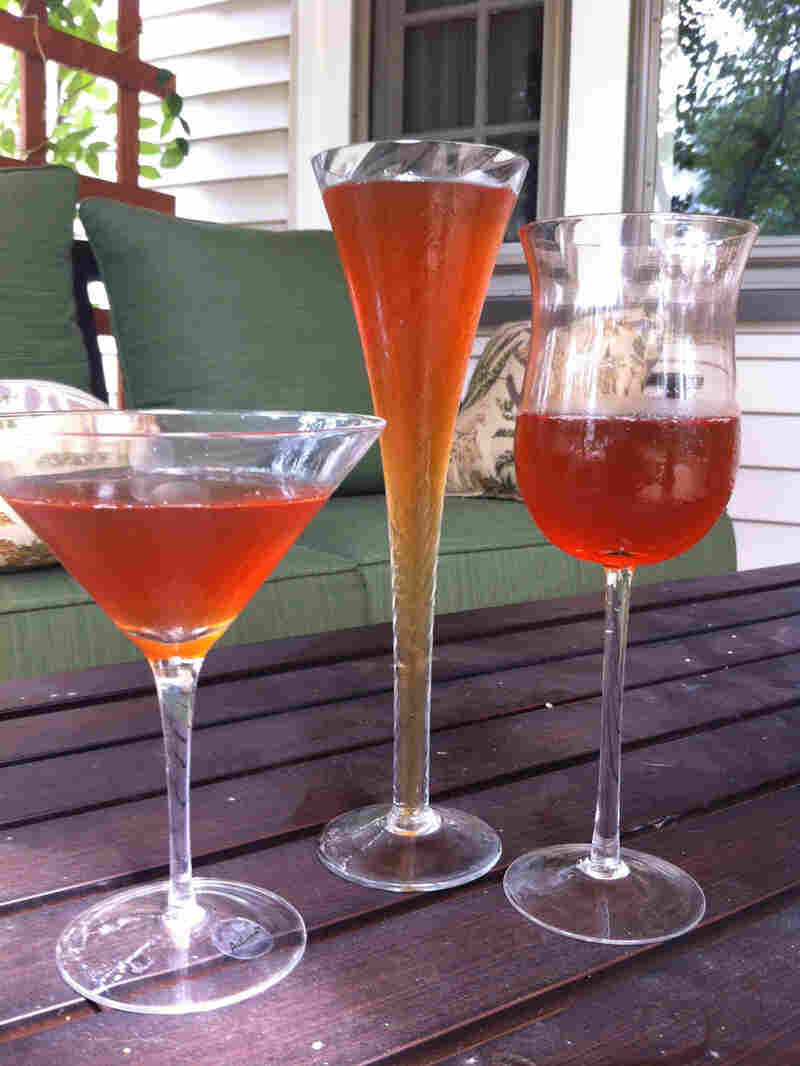 Question: Which one of these glasses contains the most liquid? Answer: None. Each of them contains 4 oz. of iced tea. Gretchen Cuda Kroen/NPR hide caption 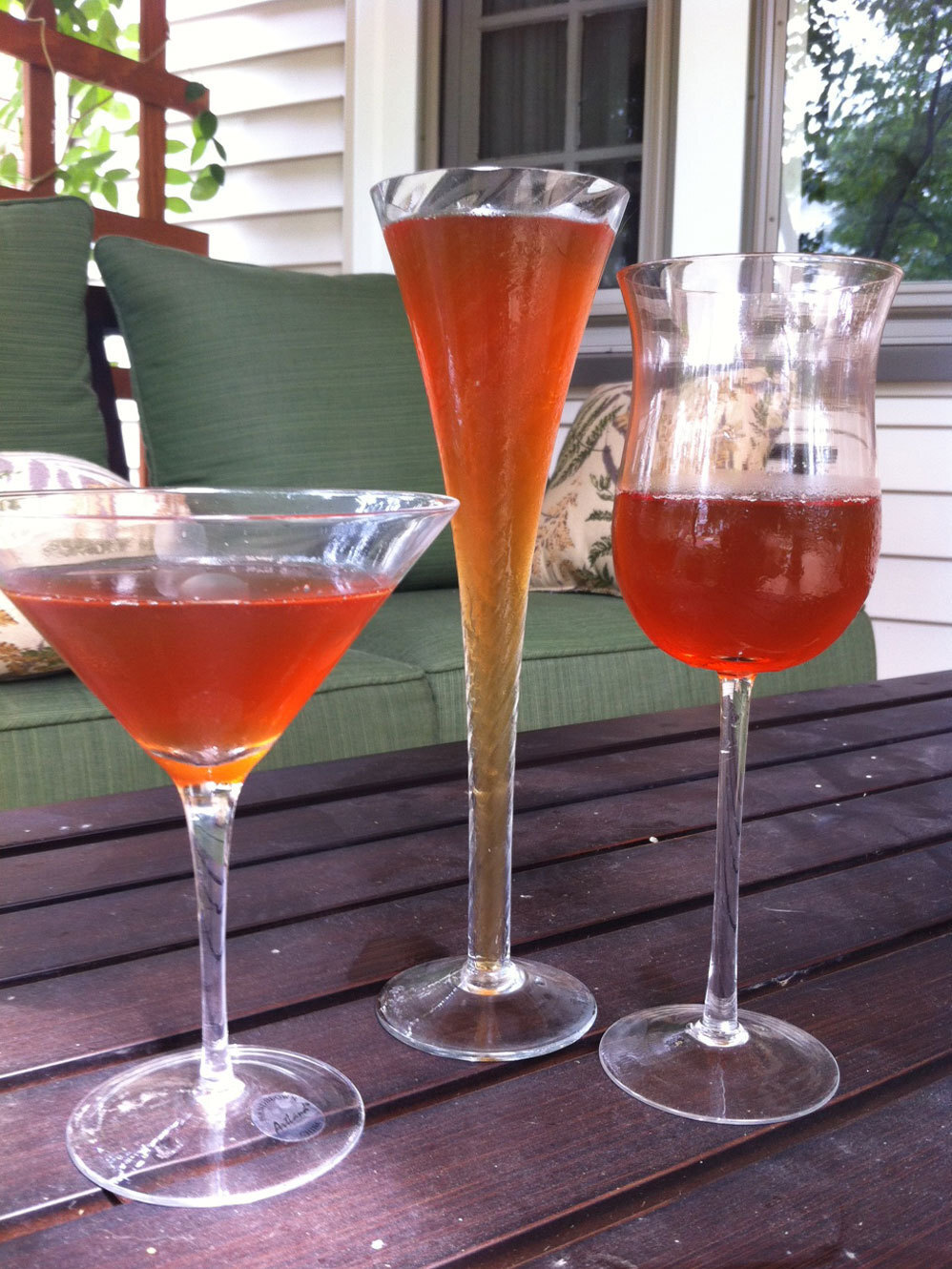 Question: Which one of these glasses contains the most liquid? Answer: None. Each of them contains 4 oz. of iced tea.

Downed a few too many drinks at the office happy hour? The shape of the glass may be at fault — at least in part — for encouraging drinkers to overindulge. The reason, scientists say, is simple: A curved glass interferes with the ability to judge alcohol intake.

"When drinking alcohol, most of us pace ourselves," explains Angela Attwood. Atwood is one of the authors of a small new psychology study published in PLoS ONE on how long it takes to drink various beverages and how good people are at guessing when they're halfway through.

"Because the feeling of drunkenness comes later, we rely on visual cues to tell us how much we've been drinking and when to slow down," she says. Those visual cues include the height of liquid left in our glass — but that glass can be deceiving.

It's been well-documented that people have been fooled into assuming a tall thin container has more liquid in it than a short fat one. But one night, over drinks at the pub, Attwood and her colleagues from the University of Bristol in England came up with the idea to explore how this affected drinking behavior.

In the study, the researchers asked groups of men and women to drink either a soft drink or a beer from one of two different types of glasses: straight or fluted (narrow at the bottom and wide at the top). They found that participants drank beer nearly twice as fast in the fluted glasses. But the people with soft drinks drank them at the same rate, regardless of glass shape. "You don't have to pace yourself when you drink lemonade," Atwood says.

In a separate test a week later, the same group was asked to look at pictures of straight or curved glasses with varying levels of liquid and decide if the glass was more or less than half full. They discovered that the people had a much harder time determining the halfway point of the curved glass. What's more, the subjects who performed the worst at this task were the same ones who drank their alcohol the fastest in the prior experiment.

So is the dizzying array of special glassware simply a trick to get us to drink more? It's unlikely.

Matt Simpson, owner of the Beer Sommelier, a beer consulting company, says that although there's a glass for nearly every style of beer, the reason is because the shape of the glass can enhance or detract from the taste and the experience. A wider-mouthed glass is good for beers with strong aromas, while others are designed to show off the color or the amount of foam on top.

"Aroma, appearance, flavor, mouth feel ... there are glasses that accentuate certain characteristics of different styles," he says. "It's very subtle but it makes a difference."

That's a claim makers of expensive, high-end wine and beer glasses like Reidel and Spiegelau have staked their businesses on — although there's little scientific evidence to back it up, according to a piece our colleague Daniel Zwerdling wrote for Gourmet magazine a few years back.

If the subtle complexities of your beverage are less important to you than your reputation around the office, you may want to pour that martini into a straight glass, or better yet, fill your martini glass with soda instead.