Accessibility links
Canada's Food Insecure Find Help, Community Through Facebook : The Salt A Canadian mother of five decided to bring attention to the food challenges she and families like her face every day by creating a Facebook group called "Feeding My Family." And now she has more than 20,000 members. 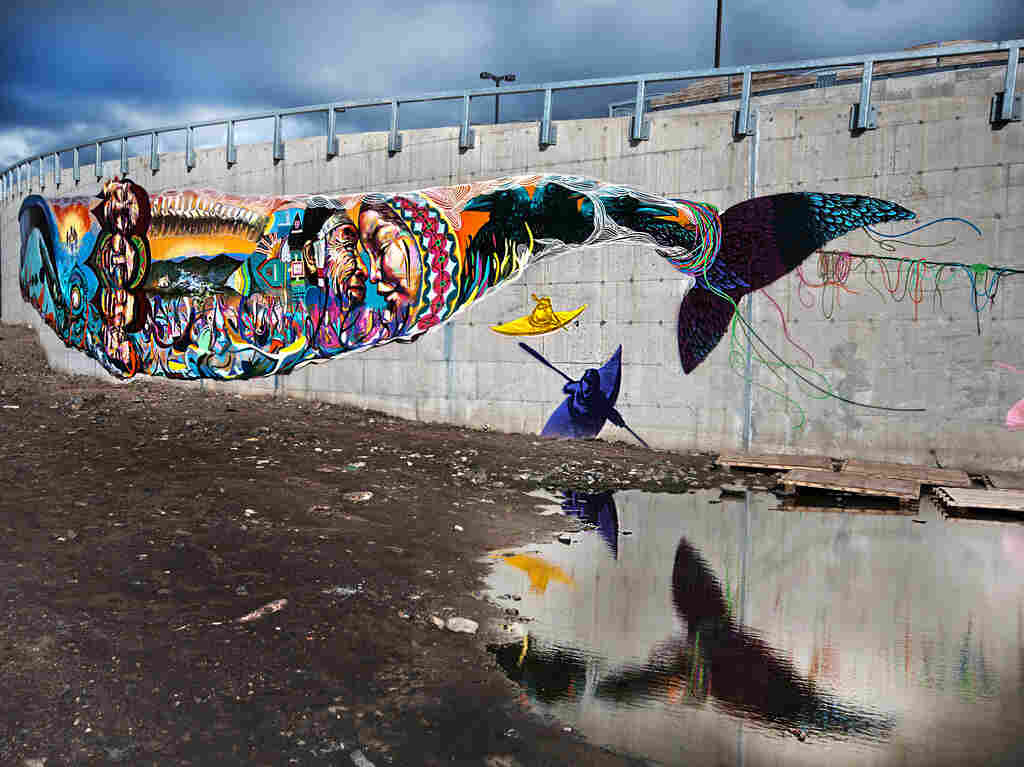 A mural in the isolated city of Iqaluit, in Canada, where food insecurity is tied up with native culture, poverty, and high food prices. ascappatura/Flickr.com hide caption 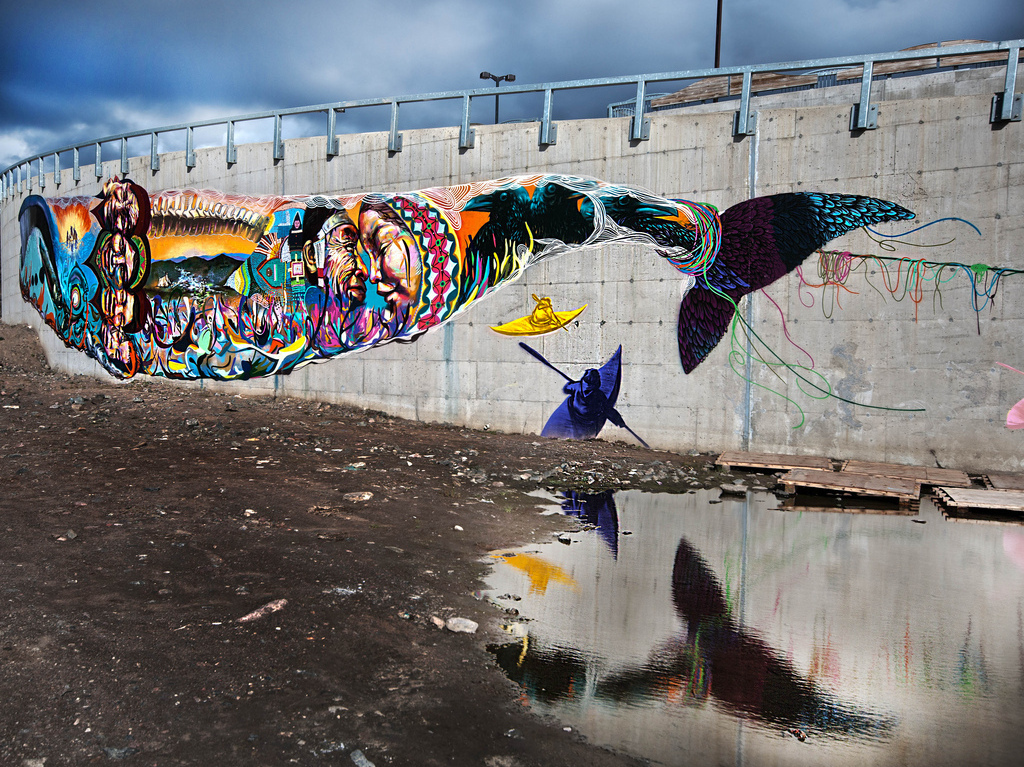 A mural in the isolated city of Iqaluit, in Canada, where food insecurity is tied up with native culture, poverty, and high food prices.

We've been giving a lot of virtual ink to the problem of food insecurity lately — the challenges people face when they frequently can't put enough food on the table. And sometimes it seems like an insurmountable problem.

Take the city of Iqaluit, in Canada's largest territory, Nunavut, just a few hundred miles south of the Arctic Circle. There's no highway, so in the grocery store, a few slices of watermelon can cost $12, heads of cabbage can go for $28, and people sometime stretch cans of meatballs and noodles out for a week. Plus, it has become more expensive for the Native people — the Nunavummiut — to hunt the traditional foods that have sustained them for 4,000 years.

But recently, a Nunavummiut woman and mother of five decided to bring attention to the challenges she and families like her face every day by creating a Facebook group called "Feeding My Family." And now she's got more than 20,000 members.

"I'm worried about the kids that go to bed hungry. I worry about the elders going hungry. I'm going to keep going until the people start to stand up," Leesee Papatsie, the founder of the group, tells Alexandra Townsend, who wrote about Papatsie's story for Facebook's page called "Stories, People Using Facebook in Extraordinary Ways." (Check out the full story and arresting slideshow here.)

Papatsie's group helps to organize protests, compare food prices across the territory, share native hunting and carving tips, and hook up food banks and generous souls with families in need. Sometimes, members just post photos of high-priced fresh food to illustrate the problem, like this pack of peppers priced at $21.89/kg.

But Madeline Redfern, the mayor of Iqaluit, says it's not fair to blame the grocery stores alone for high prices. "Food insecurity in the north is complicated. It's not only access to country food [hunted or gathered food] or the high cost associated with that, it's the graduation rate — 75 percent of our kids don't graduate - we have a lot of people who are living in poverty," she says.

But food is just one of the many challenges that people face in this remote territory. As Will Hyndman, founder of a local hunter's market, tells Townsend, "You can't feed your snowmobile a seal. You can't feed it fish. It needs gas and that means cash."