Accessibility links
Beef Products Inc. Sues ABC Over Repeated Attacks On 'Pink Slime' : The Salt A lawyer for the company, which lost 80 percent of its business in the wake of public concern about its beef product, says the network's defamatory statements misled consumers about the product's safety. The network denies the charges. 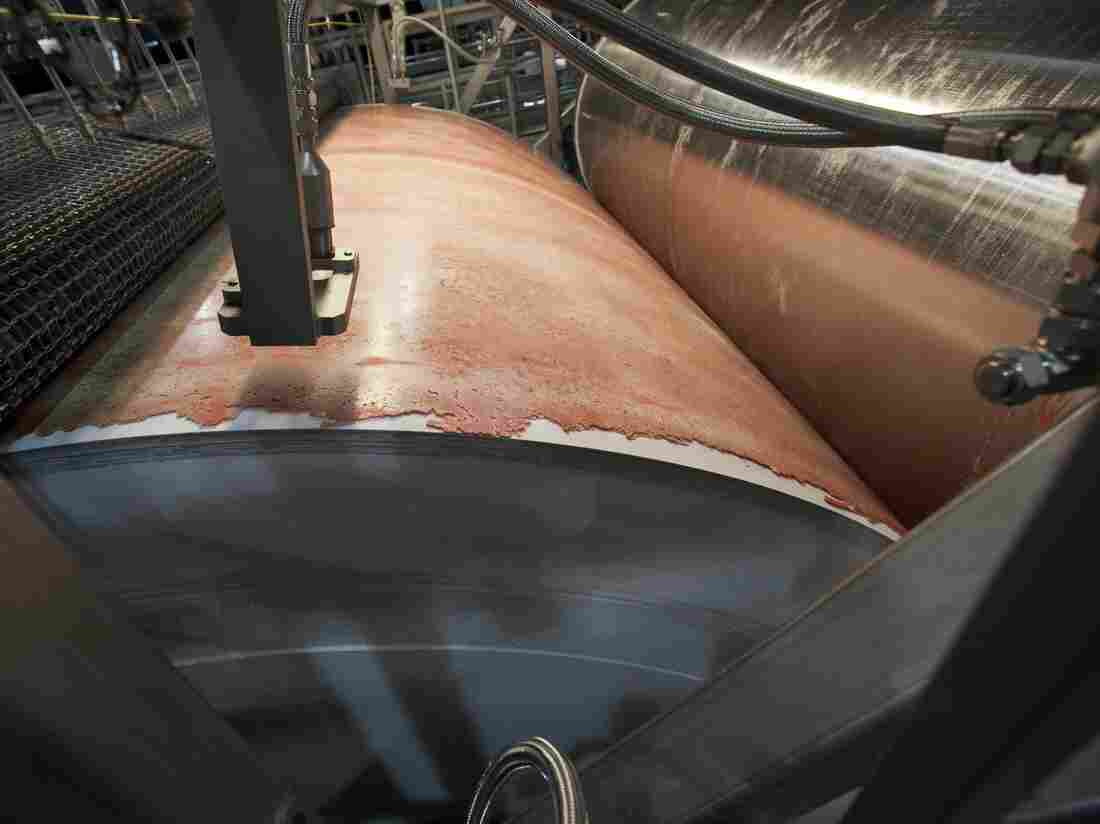 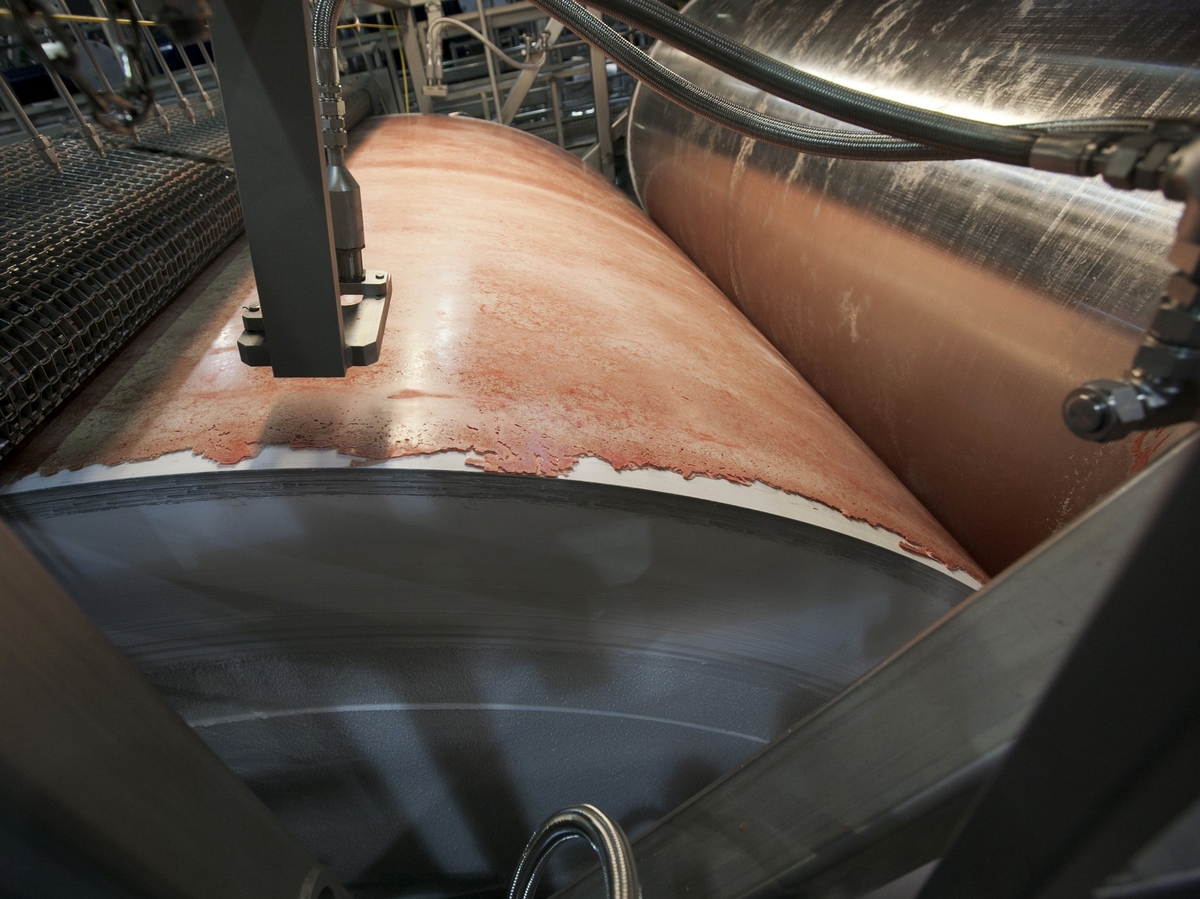 Lean, finely textured beef, dubbed "pink slime" by critics, is frozen on a large drum as part of its manufacturing process at the Beef Products Inc.'s plant in S. Sioux City, Neb. in March.

Beef Products, Inc., the South Dakota company at the center of a firestorm this spring over its product labeled "pink slime" by critics, announced Thursday it is suing ABC News for defamation and $1.2 billion in damages.

BPI alleges that ABC reporters and hosts made 200 false statements over the course of a month about BPI's product, known in the industry as lean, finely textured beef (LFTB).

"[ABC] did this with malice, and they knew what they were doing," Dan Webb, an attorney with Winston & Strawn LLP representing the company, told reporters at a press conference at the company's headquarters. "They decided to destroy this business... and they decimated the product in the marketplace."

ABC's report on March 7, and subsequent stories, led consumers to believe that LFTB was not actually beef and that it was unsafe, according to Webb.

LFTB, BPI's sole product, is made from the trimmings of many cuts of beef. It's often added to ground beef — at least until it became controversial earlier this year.

Though other media outlets also questioned the product's safety, "we picked the news organization we believed damaged [the company]," Webb told reporters.

Webb says the damages were caused by a "sustained, night-after-night" series of stories and ABC's creation of a "blacklist" of BPI's customers, including retailers like Safeway. And BPI says that ABC continued with its defamatory coverage even after BPI and others sent ABC evidence from U.S. Department of Agriculture, the Food and Drug Administration, food safety organizations and beef industry experts that LFTB is a "safe, nutritious lean beef."

Before the controversy exploded, BPI was a major supplier of lean finely textured beef to fast food outlets, the National School Lunch Program, and retail grocers around the country.

When consumers learned it was highly processed and treated with ammonia to kill bacteria — much like other meats — they launched boycotts and protests, eventually succeeding in getting major retailers to drop it.

Since then, the company says its LFTB production dropped from 5 million pounds to 2 million pounds. The company closed three out of its four plants and laid off more than 700 employees.

The complaint was filed in a Circuit Court in Union County, S.D.

ABC denies its reports were defamatory.

"The lawsuit is without merit," Jeffrey Schneider, senior vice president of ABC News, said in a statement. "We will contest it vigorously."

Gregg Leslie, legal defense director for at the Reporters Committee for Freedom of the Press, tells The Salt that it's hard to say whether BPI's defamation suit will hold water in court. "They will have show that ABC's statements were provably false," Leslie says. "That's usually difficult to do."

Leslie notes the case is reminiscent of a suit involving Food Lion, the grocer, which tried to sue ABC after the network sent Prime Time Live reporters undercover in 1992 to investigate claims that the retailer was selling spoiled meat. Footage captured with concealed cameras showed Food Lion workers redating expired meats and poultry, repackaging spoiled products for sale, and other questionable practices.

The broadcast hurt the chain's business, and the ensuing lawsuit and appeals process lasted well over 10 years. But Food Lion eventually lost the suit.