Accessibility links
A Little Patience, A Lot Of Salt Are Keys To A Lost Pickle Recipe : The Salt Expert pickler Marisa McClellan recreates a listener's lost pickle recipe, and explains why her grandma's pickles are saltier than many modern-day versions. They're fermented, like a true kosher dill pickle. 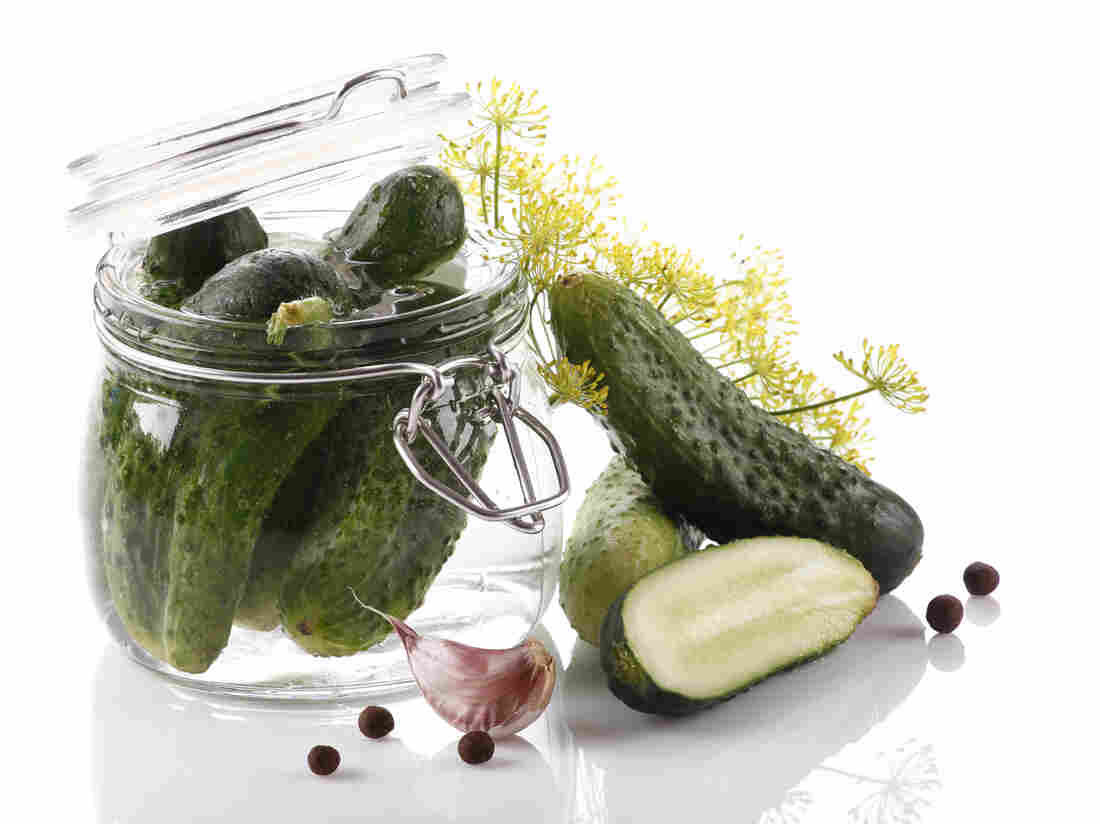 There's more than one way to make a pickle. iStockphoto.com hide caption 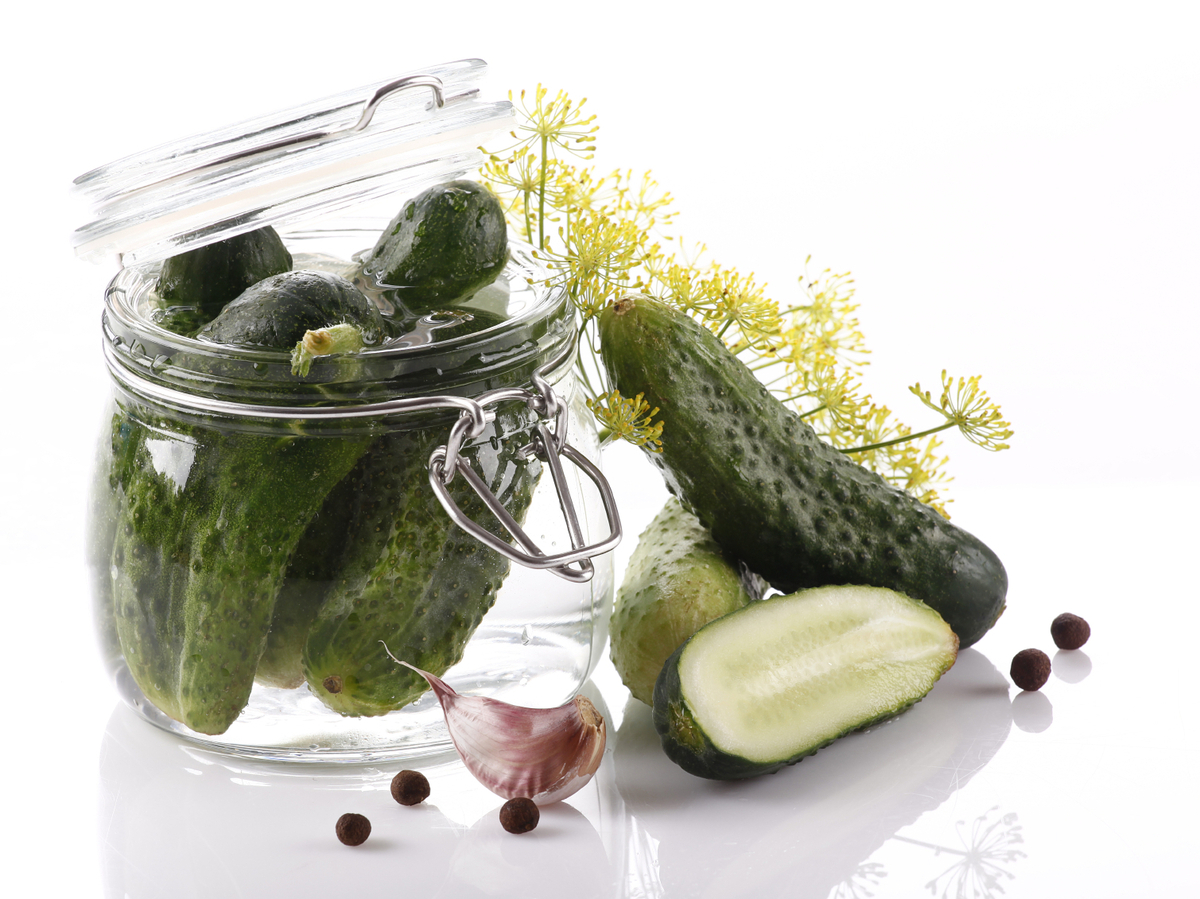 There's more than one way to make a pickle.

Here's a new mantra you might consider adding to your list of daily kitchen chants: "It takes patience to perpetuate pickles."

That wisdom is straight from the kitchen of Joanie Vick, who happily reports that her once-lost recipe for her Grandma Minnie's full sour pickles is now a found recipe. As you may remember, All Things Considered brought Vick together with veteran pickler Marisa McClellan of Food in Jars back in July, and she helped Vick suss out the recipe based on her memories.

"We got there," she told us recently, after weeks of waiting, watching and taste-testing her pickles. "At two weeks, not so much. At three weeks, really close. At four or five weeks, BINGO!"

And she's been carrying a jar with her whenever she goes out to dinner and sharing these pickles with friends, many of whom say the pickles are saltier than they expect.

McClellan says a 5 percent salt solution is the key to recreating the flavor and preservation mechanism of Minnie's old recipe — in contrast to the vinegary bath more familiar to modern pickle eaters.

"In a fermented pickle, you add salt in order to create a comfortable home for the lactobacillus bacteria to eat up the starches in the vegetable and transform them into acid," she explains.

"In a vinegar pickle, you're taking a liquid that's already acidic and submerging the vegetable into it. You don't need as much salt in the vinegar pickle because there's no bacteria to protect. You've also got the dominate vinegar flavor occupying the bulk of your tastebuds, so the salt doesn't register as prominently."

Vick's pleased with her fermented pickle recipe, and plans to use it to re-create another item from Grandma Minnie's pantry: pickled green tomatoes.

McClellan says that's a great idea. "A world of things ferment up just like this: green beans and cabbage," she says. "As long as you follow the basic ratio of salt and water, you should be good!"

If you missed the recipe, it's at the bottom of the July post.

If you need help solving your own Lost Recipe, submit your question here. Remember to put "Lost Recipe" in the subject line.