Accessibility links
Love To Hate Cilantro? It's In Your Genes And Maybe, In Your Head : The Salt From stinky, crushed bugs to fresh citrus aromas, cilantro's flavor profile is a contentious issue. But is our opinion of the herb hard-wired in our genes, or can we learn to enjoy it? Scientists say maybe it's both.

Love To Hate Cilantro? It's In Your Genes And Maybe, In Your Head

Love To Hate Cilantro? It's In Your Genes And Maybe, In Your Head 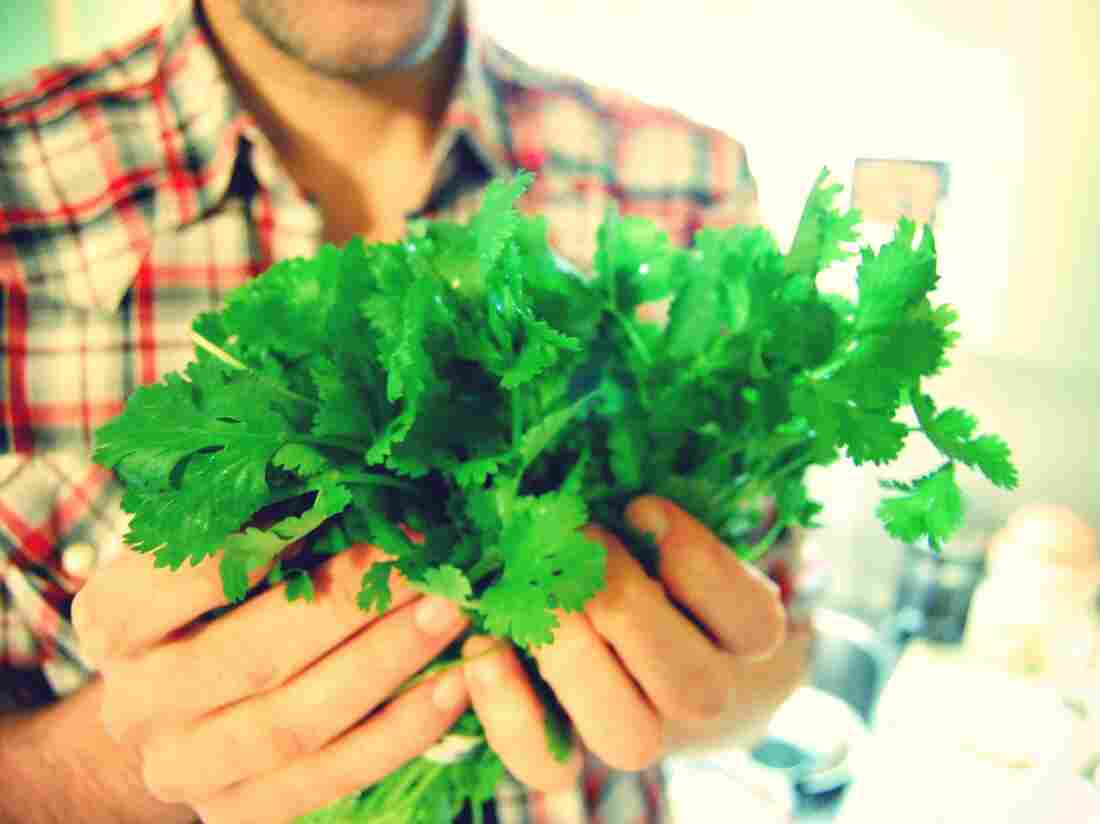 The very sight of this lacy, green herb can cause some people to scream. The great cilantro debate heats up as scientists start pinpointing cilantrophobe genes. lion heart vintage/Flickr.com hide caption 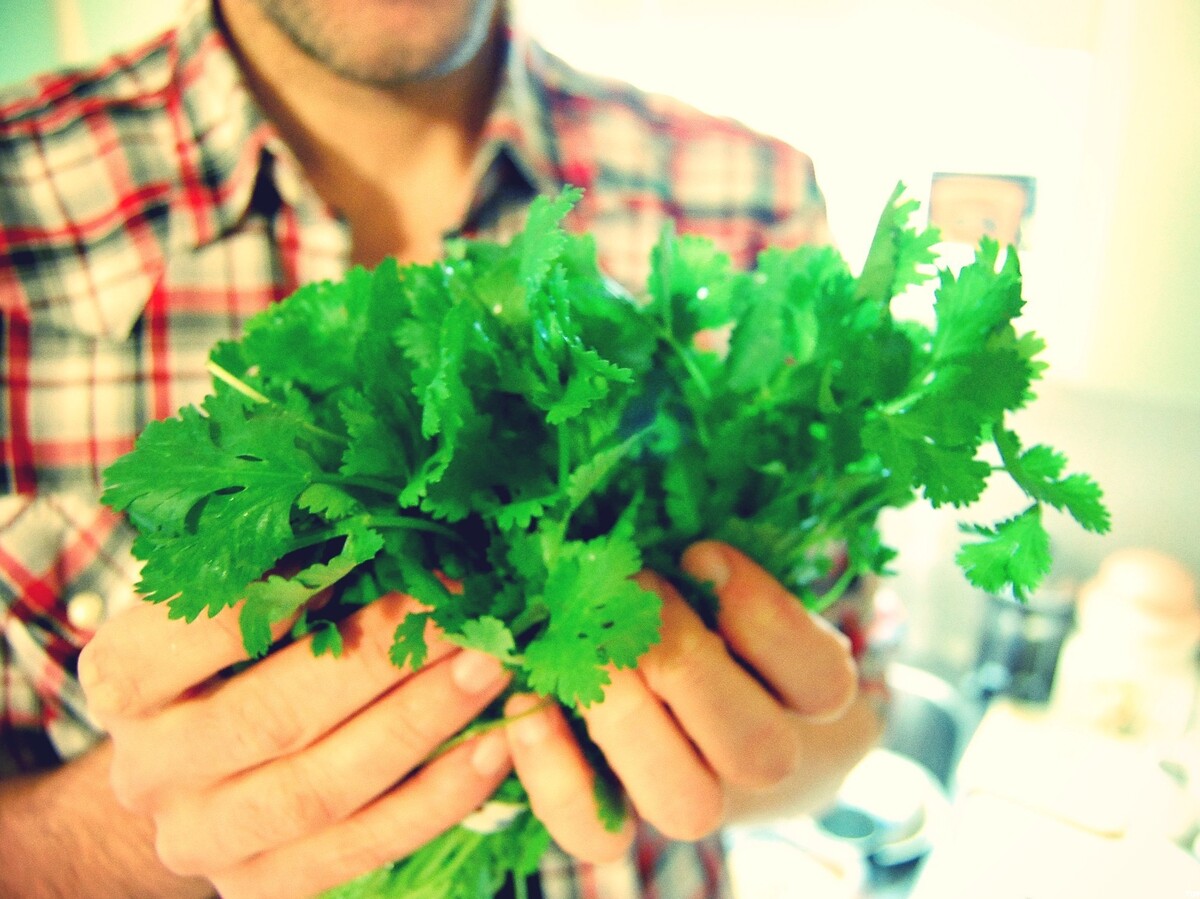 The very sight of this lacy, green herb can cause some people to scream. The great cilantro debate heats up as scientists start pinpointing cilantrophobe genes.

There's no question that cilantro is a polarizing herb. Some of us heap it onto salsas and soups with gusto while others avoid cilantro because it smells like soap and tastes like crushed bugs.

Some people despise the lacy green herb so much that there's even an I Hate Cilantro website. There, cilantrophobes post haikus expressing their passionate anger and disgust at the leafy green: "Such acrid debris! This passes as seasoning? Socrates' hemlock!" writes user Dubhloaich.

But what separates the cilantro lovers from the haters? Is it hard-wired in our genes, as Harold McGee suggested a few years ago in the New York Times, or can we learn to enjoy cilantro if we associate its flavor with fresh fish tacos or bowls of spicy pho? It's probably not so simple.

Two studies published this week link the aversion for cilantro with specific genes involved in taste and smell. But, just like the flavors of the herb itself, the findings are nuanced: The genes appear to influence our opinion of cilantro but probably not as much as we initially thought.

Geneticists at 23andMe in California asked about 25,000 people whether they like cilantro or think it smells soapy. When they searched the people's DNA for regions that correlate with a distaste for the herb, a single spot jumped out. And, it sits right next to a cluster of odor-detecting genes, including one that is known to specifically recognize the soapy aromas in cilantro's bouquet. (They'll analyze your genome, too, for $299.)

The authors propose that this odor gene contributes to a person's dislike for cilantro because it increases the herb's soapy smell.

But, "it didn't make a huge a difference in cilantro preference from person to person," Nicholas Eriksson, the lead author on the study, tells The Salt. In fact, their results suggest that a hatred for cilantro has only a small underlying genetic component. He and his team just published their findings on the arXiv.org.

The second study, which was published in the journal Chemical Senses, takes a similar approach. Geneticists from the Monell Chemical Senses Center asked 527 twins whether they thought fresh, chopped cilantro tastes pleasant and smells good.

The scientists pinpointed three more genes that influence our perception of cilantro: Two of the genes are involved with tasting bitter foods and one gene detects pungent compounds, like those in wasabi.

Overall, Eriksson says these studies demonstrate that DNA does shape our opinion of cilantro, but probably not enough that we can't overcome it. "It isn't like your height, that you're stuck with. People can change it," he says.

So is there hope for the extreme cilantrophobes? Maybe.

As Nature reports, McGee offers a strategy for building up an appreciation for the herb: Try a cilantro pesto. Crushing the leaves, he says, releases enzymes that convert the soapy, stinky compounds into more mild aromas. The recipe for the pesto is on the website.

But Julia Child, an avowed cilantro hater, said she would just pick it out and throw it on the floor, Nature reports.