Accessibility links
It's No Yolk: Mexicans Cope With Egg Shortage, Price Spikes : The Salt The new crisis in Mexico isn't the drug war or a plunge in the peso. It's eggs. An avian flu epidemic has led to fewer, more expensive eggs — serious business in a country that eats more eggs, per capita, than any other nation in the world. 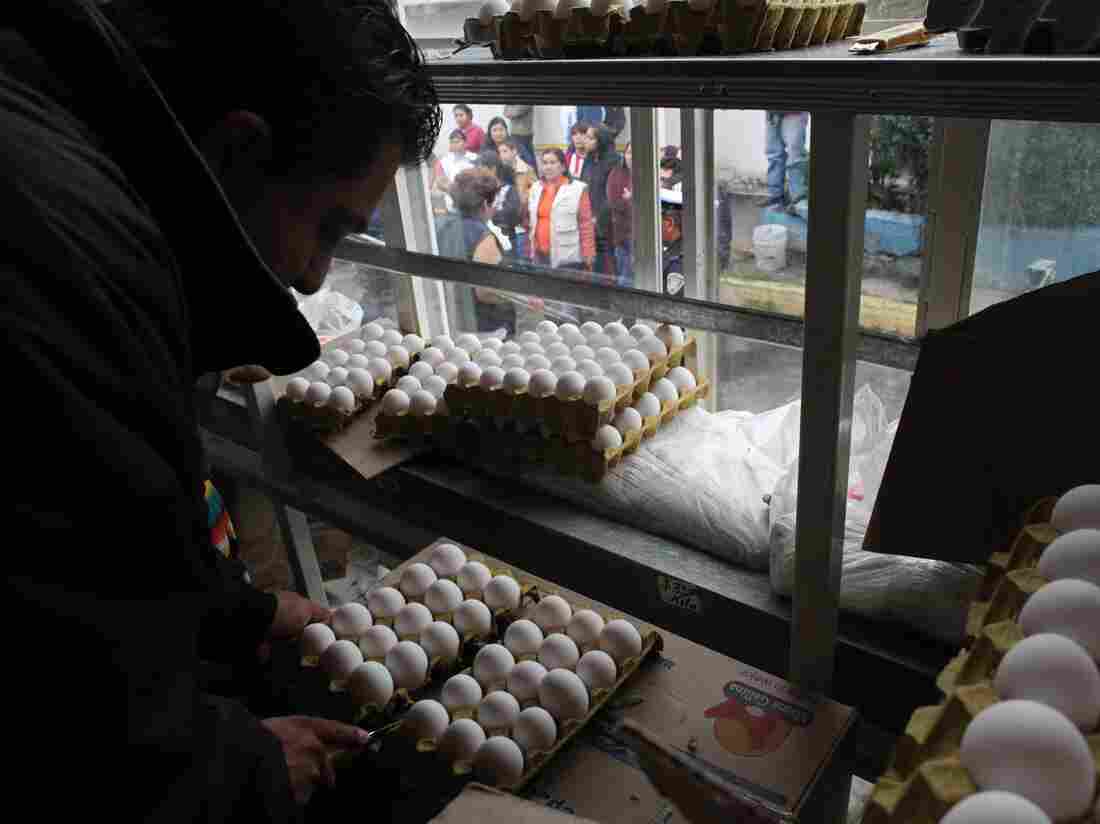 A city worker sells eggs as people line up outside the truck in Mexico City on Aug. 24. The Mexican government is battling an egg shortage that has caused prices to spike in a country with the highest per-capita egg consumption on Earth. Alexandre Meneghini/AP hide caption 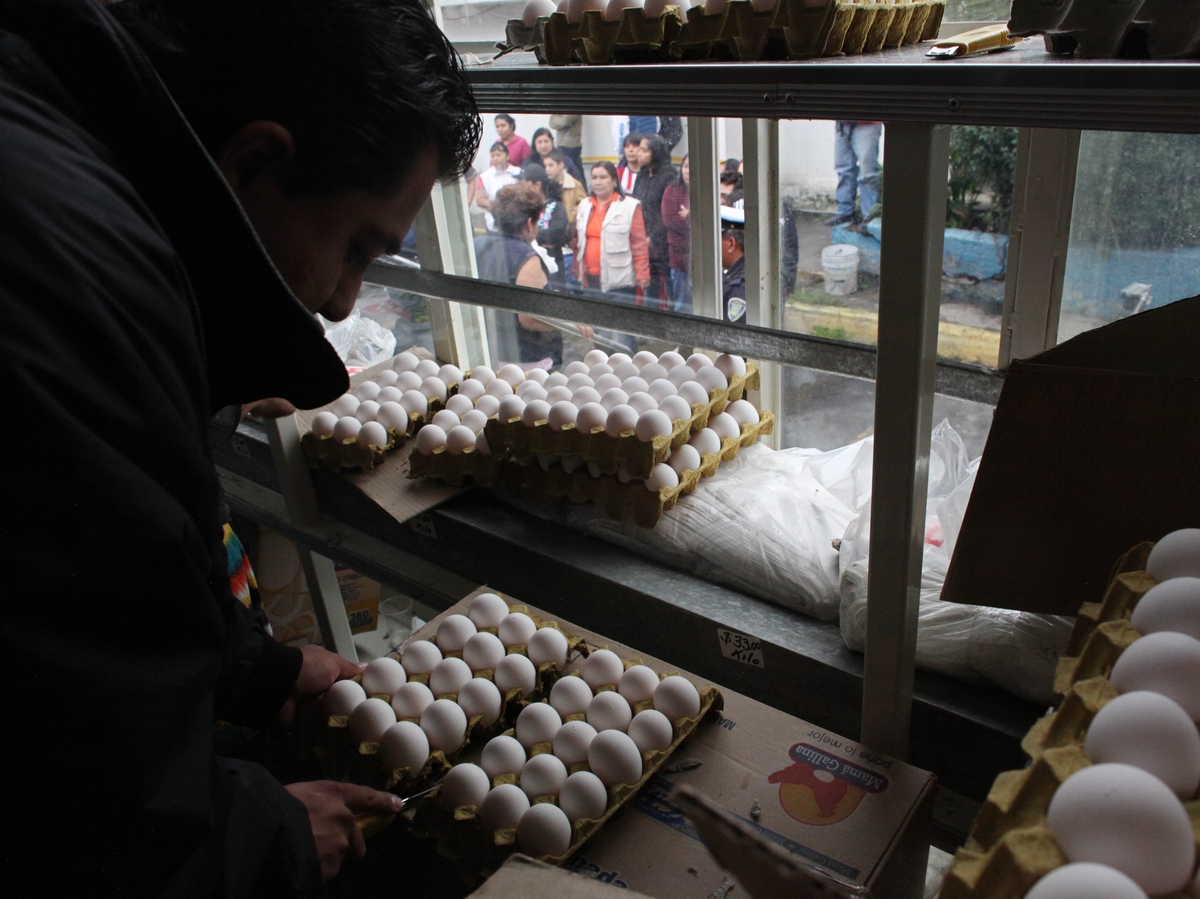 A city worker sells eggs as people line up outside the truck in Mexico City on Aug. 24. The Mexican government is battling an egg shortage that has caused prices to spike in a country with the highest per-capita egg consumption on Earth.

There is a new crisis in Mexico. It's not the ongoing drug war or a plunge in the peso: It's eggs.

Mexico is suffering an egg shortage. An outbreak of avian flu this summer, in the heart of the nation's egg-producing region, caused a drastic dip in production and led to huge price increases. While the crisis has hit the country's poor hardest, all Mexicans are hurting for eggs, which are as crucial a part of the Mexican diet as the tortilla.

According to the country's poultry industry, Mexicans eat more eggs, per capita, than anyone else in the world. On average, they eat more than 430 eggs a year, which is almost double U.S. annual consumption.

Diner patron Pedro Valasco isn't surprised. He eats eggs every morning, except Sunday, at a small diner in the heart of Mexico City's historic center.

He says he usually gets huevos rancheros, or huevos with ham or huevos divorciados. The latter, "divorced eggs," are two fried eggs, one topped with red salsa, the other with green, and separated by a wall of refried beans. Valasco says a Mexican breakfast has to have eggs.

Euphenia Rosas, the owner of the small restaurant, says she hasn't raised her prices since egg prices spiked. She says she doesn't want to upset her regular clients, so she just has her waitresses try to gently steer them away from ordering eggs.

Prices jumped when producers were forced this summer to slaughter 11 million hens after an outbreak of avian flu in the central Mexican state of Jalisco. Just last week, officials said the figure was really closer to 20 million. Prices were about 18 to 20 pesos a kilo, or around $1.50 for 18 eggs. Now, they've risen to more than 40 pesos per kilo (about $3). It's a steep price increase for millions of Mexicans who live in extreme poverty.

The egg price spikes and shortages got so rough that President Felipe Calderon took to the airwaves, vowing to crack down on speculators and reduce tariffs on imported eggs.

The first shipments from the U.S. have already arrived at Mexico City's huge wholesale warehouse and are helping to stabilize prices. But egg vendor Adrian Hernandez says his clients don't like the U.S. imports; they tell him the American eggs don't have any flavor, and that the yolks are pale.

Another vendor, Erasmo Hernandez, says he has lost nearly 40 percent of his business since the crisis began. Most people are buying less, and he says there's not much he can do about it.

"Endure, endure," he says, "just like a good Mexican does ... suffer through crises."

Mexicans also like to make a lot of jokes when facing hard times. And there have been a lot of huevos jokes, most circulating on social media. One shows a picture of a kilo of eggs on display at one of Mexico's finer department stores with a sign that reads "Huevos for sale: 6-month payment plans with no interest." Another shows eggs on display at a jewelry store among the diamonds and pearl necklaces.

There are of course much racier jokes making the rounds, given that Mexicans love double entendres, and the fact that huevo is a euphemism for a male body part. But, sadly, we can't repeat any of these.