Accessibility links
Japanese Sake Makers Shake Off Tradition, Try Brewing Craft Beer : The Salt Until recently, if you ordered Japanese beer, there weren't many to choose from. But the domination by brewers such as Asahi, Sapporo and Kirin is ebbing. And some longtime sake makers are now devoting part of their breweries to beer. 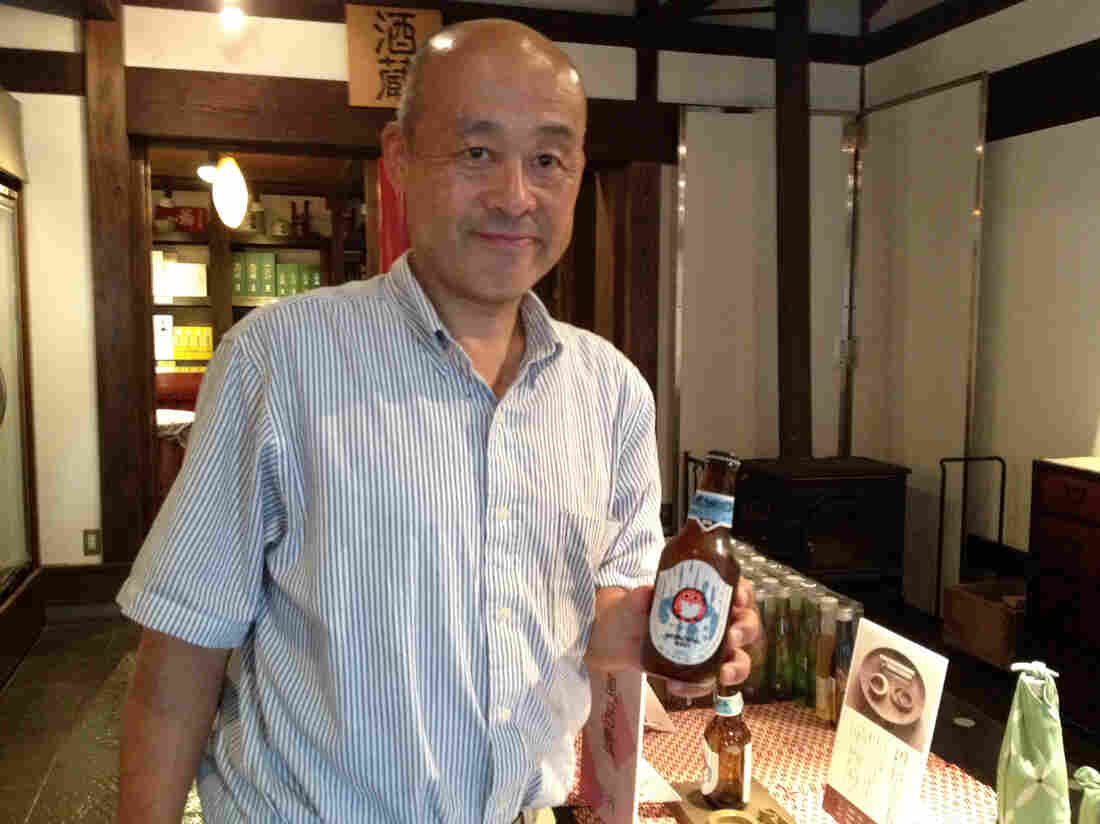 Kiuchi Brewery vice president Youichi Kiuchi holds a bottle of his company's Hitachino Nest beer. To make beer, the brewery is using equipment that once was used for sake. Lucy Craft/NPR hide caption 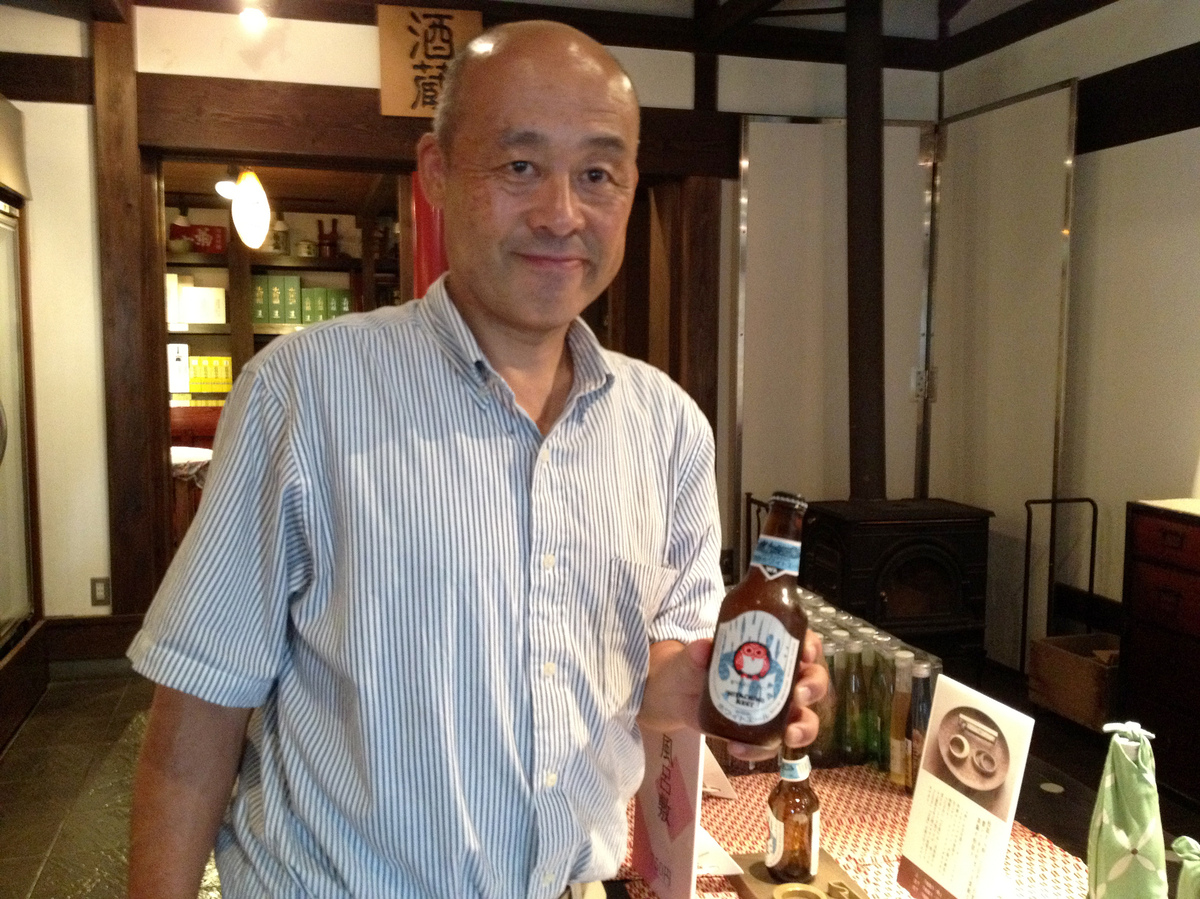 Kiuchi Brewery vice president Youichi Kiuchi holds a bottle of his company's Hitachino Nest beer. To make beer, the brewery is using equipment that once was used for sake.

Until recently, if you ordered Japanese beer, there weren't many to choose from. Before the industry was deregulated in the 1990s, four major brewers — Asahi, Suntory, Sapporo and Kirin – controlled the manufacture of Japanese beer.

But the major brands' domination is ebbing, for reasons that have as much to do with Japan's ancient history as with its evolving palates. And now some traditional sake brewers are ditching the tradition and trying their hand at craft beer brewing.

From a dusty country road about 100 miles north of Tokyo rises the white-washed facade of a sake brewery. Here in the quiet town of Naka, the Kiuchi family has been brewing Japan's ancient rice wine for seven generations, since the time of the shoguns.

But these days, the beverage rolling off Kiuchi's production line would make its 19th century founders squirm. The brewery is now a leading maker of micro-beer.

"That building furthest away used to produce sake," says vice president Youichi Kiuchi as he shows me around. "Now it's only for brewing beer."

The humid air inside the newly expanded plant is fragrant with malt and wheat. After being in the beer business for just 15 years, the company will produce more than 250,000 gallons of craft beer this year, earning about $8 million. Half of that is destined for pubs and supermarkets in the United States.

Kiuchi Brewery is among scores of Japanese sake makers that have branched into craft beer. The most successful have seen year-on-year growth of as much 40 percent, in the face of a long, slow decline for sake.

Ry Beville, publisher of The Japan Beer Times, says that demand for craft beer is unprecedented.

"A lot of people are saying 2012 is the year of craft beer in Japan," he says. "You're seeing an explosion of craft beer bars and restaurants in Tokyo. There's over 100. All across the country, they're popping up every week."

For Youichi Kiuchi, shifting into beermaking was not just a savvy business move, but an act of personal liberation. Making beer, he says, has literally changed his life.

"Making sake is like judo or flower arranging — you're judged by how well you stick to the rules; there's no margin for improvisation," Kiuchi says. "But beer is about doing what you want. It's fun to make and sell. Sake is hard to make and tough to sell."

Experienced at handling the microbiology of brewing and blessed with high-quality water sources, the Japanese have started to gain international renown for their ale, stout and lager, Beville says.

In an effort to stand out in a global beer market brimming with choices, the Japanese have added in novel ingredients like ginger root, oyster shell, wasabi horseradish, and even miso — a soybean paste more commonly used in soups.

But if brewing has proved no stumbling block, Japanese brewers are still learning how to sell their stuff, says Ryouji Oda, president of the Japan Craft Beer Association.

"Technically, it's very easy for sake makers to switch to making beer," he says. "But the markets are completely different. So those sake makers are struggling to figure it out."

Microbeer remains a micro-corner of the Japanese beer market. And at close to $9 for a single-serving bottle, it's out of the price range of many guzzlers.

But small beer makers are confident about grabbing market share away from mass-market brewers and other alcoholic beverages for years to come.