Accessibility links
Fruit And Veggies Linked To Lower Obesity Rates In New State Fat Rankings : The Salt The nation's heaviest states of 2011 are Mississippi, Louisiana, and W. Virginia. But in the thinnest states, more people report eating five fruit and veggie servings a day and report getting more exercise. 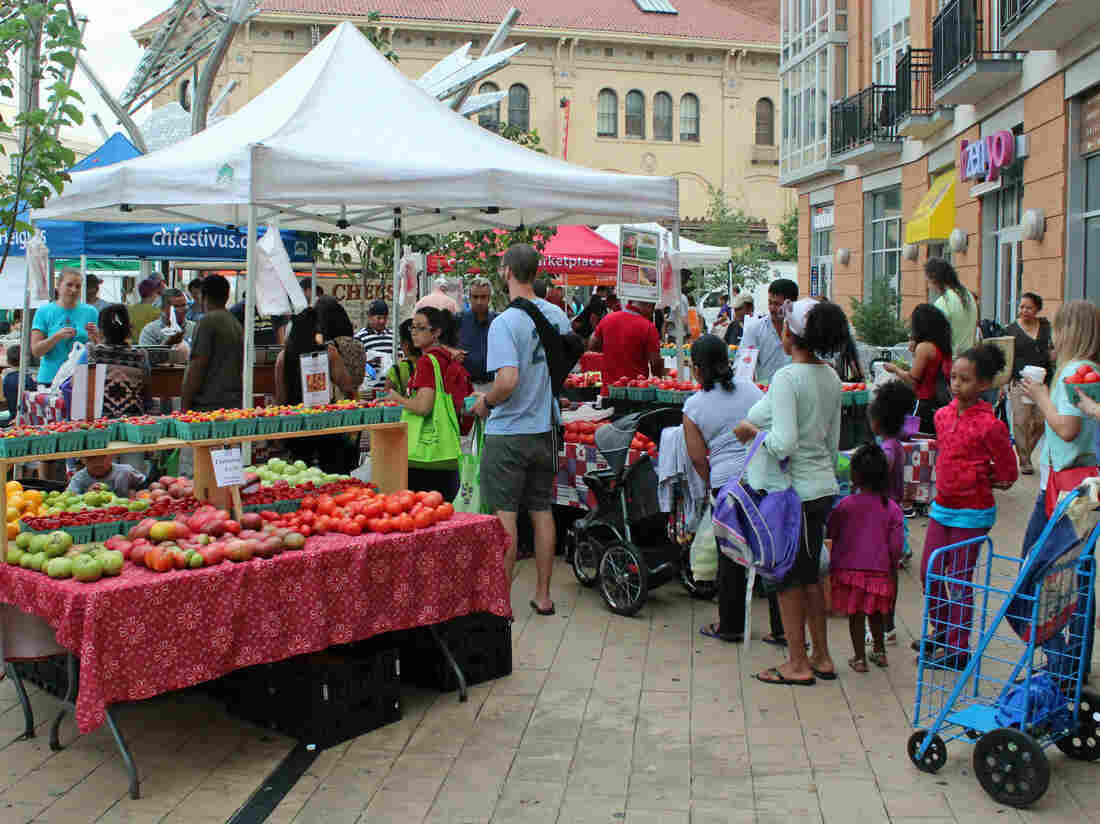 Customers line up for farmers market produce on a corner in Washington, D.C., where people eat more fruits and veggies than in many states. Dan Charles/NPR hide caption 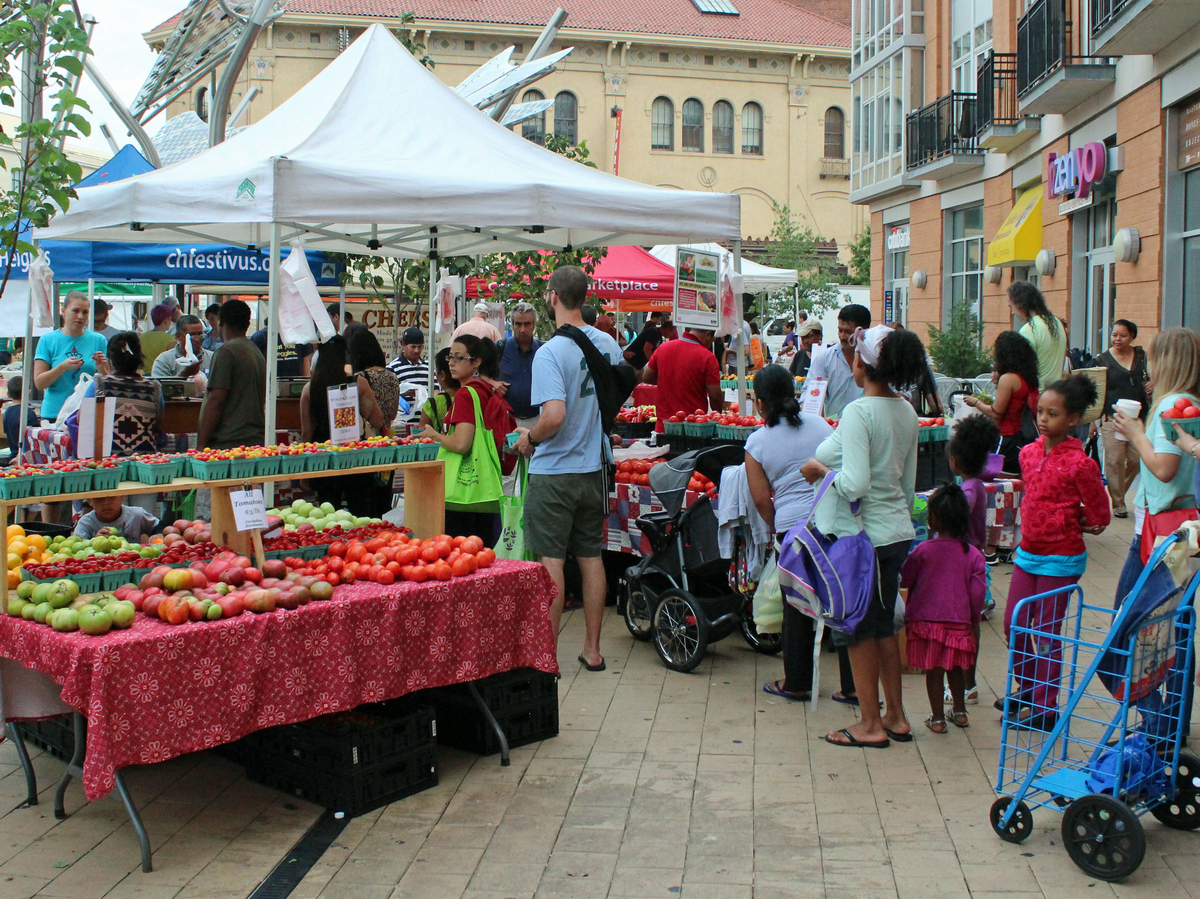 Customers line up for farmers market produce on a corner in Washington, D.C., where people eat more fruits and veggies than in many states.

Every year, we dutifully report on the annual Trust for America's Health and Robert Wood Johnson Foundation state obesity rankings, and every year, it's a similar story — a handful of southern states, on the whole, are the biggest. (It's Mississippi, Louisiana, and West Virginia in 2011, in case you were wondering.)

But here's one story behind the numbers — consider diet and lifestyle. The rankings show that the states where people are eating their fruits and veggies have among the lowest rates of obesity.

So who's munching most on fiber-rich, nutrient dense produce? The residents of California; Washington, D.C.; Vermont; New Hampshire; and Oregon top the list of states highest in fruit and vegetable consumption.

But before you're impressed, consider this, only about 1 in 4 adults adults in these top-ranked states are eating five daily servings of fruits and vegetables. Yes, that means 75 percent of us are not!

The states with the lowest fruit and veggie consumption are West Virginia (7.9 percent), Louisiana (8.2 percent), Oklahoma (9.8 percent) and Mississippi (10.3 percent).

And how does this track with obesity rankings? Seven of the 10 states with the highest rates of obesity were in the bottom tier for fruit and vegetable consumption.

It's a similar story with exercise. States where people report engaging in the most physical activity or exercise beyond doing their regular jobs, including Colorado, Utah, and California, also have the lowest obesity rankings.

Colorado holds on to its top spot for skinniest state. Only about 21 percent of Coloradans are obese, followed by Hawaii, with an obesity rate of 22 percent.

The "F as in Fat" report finds not much is budging, in terms of the top and bottom ranked states.

Mississippi has an obesity rate of 34.9 percent, followed by Louisiana at 33.4 percent, and W. Virginia at 32.4 percent.

For a complete ranking, you can check out the full report.