Accessibility links
FDA Weighs Federal Standard To Limit Exposure To Arsenic In Rice : The Salt Levels of inorganic arsenic found in rice worry some, but the FDA says more study is needed before it would recommend consumers change their diets. If you're worried, vary the grains in your diet and swap out sweet potatoes for rice as baby's first food, consumer groups say. 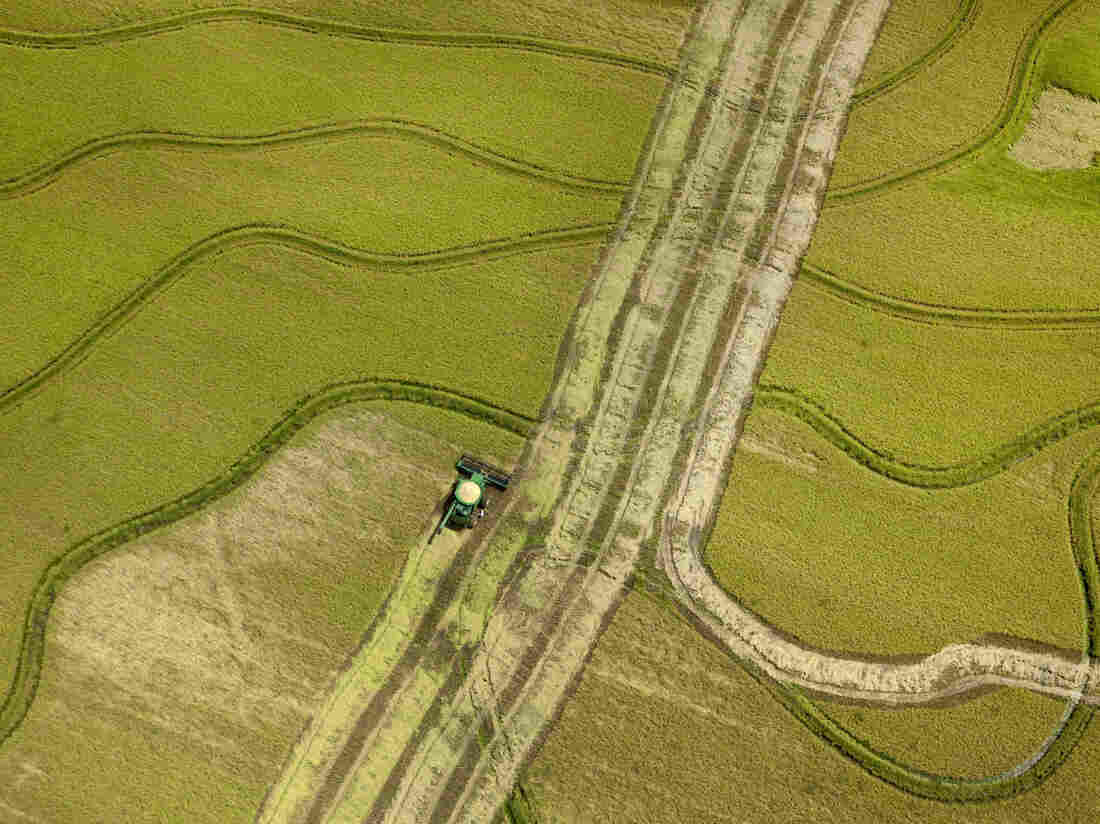 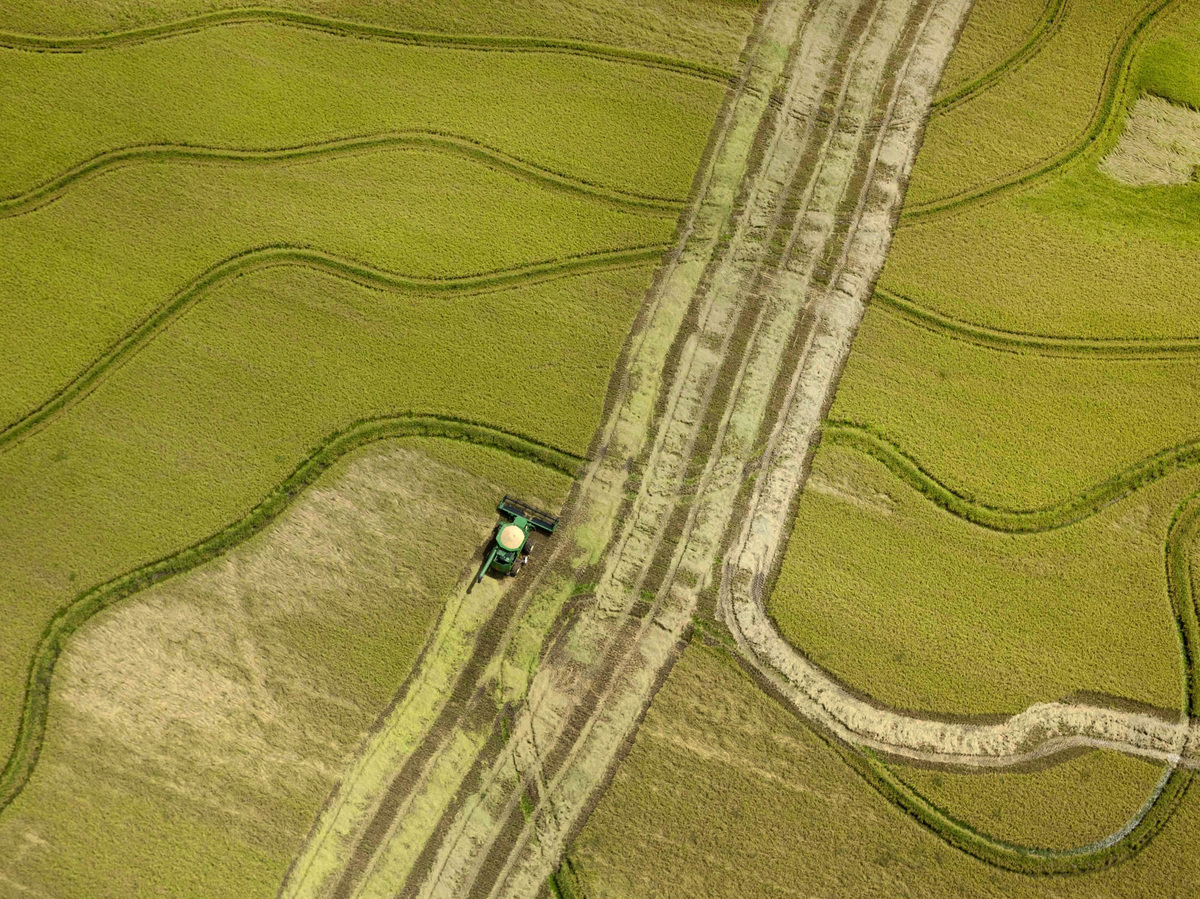 A combine harvests rice near Tucker, Ark., as consumer groups pressure the FDA to set federal standards on arsenic in rice.

Scientists have known for a long time that rice — often babies' first food and the staple of much of the world's diet — is good at absorbing inorganic arsenic from soil during the growing process.

Two separate analyses, one by Consumer Reports and one by the Food and Drug Administration, have raised concerns that we might be getting too much of this known human carcinogen in our diets.

Based on its findings, Consumer Reports is calling on the FDA to set federal standards of arsenic in rice. And the agency is weighing its options.

One of the issues is that there are no federal standards for arsenic in food, although the federal government does impose a 10 parts per billion (ppb) limit for arsenic in drinking water.

Consumer Reports found varying levels of arsenic in more than 200 samples of rice products, from cold cereals like Rice Krispies, where researchers found 85 to 90 ppb, to crackers, to rice-based beverages and infant rice cereals, where traces of arsenic were in the 150-250 ppb range.

"There's no question that one serving of a lot of the rice products that we looked at would give you 50 percent to 90 percent of what you would get from drinking a liter of water at the 10 ppb drinking water limit," explains Urvashi Rangan, director of consumer safety and sustainability at Consumer Reports.

So what's a concerned consumer to do?

Based on the available data, the FDA says consumers don't need to change their consumption of rice and rice products right now.

"We believe it would be premature for the FDA to recommend modifying diets because of arsenic levels until a more thorough analysis is completed," FDA spokesperson Carla Daniels told us in an email.

The USA Rice Federation, which represents growers, says it supports the federal government's effort to look at this issue. But, according to Stacy Fitzgerald-Redd, senior communications director, there is not enough scientific information to form the basis for a standard.

"At this point, we need to gather more scientific evidence in order to determine what the standard should be," she says.

The Rice Federation points out that there is no documented evidence of health problems from exposure to arsenic in U.S.-grown rice.

But this does not negate concerns about long-term exposure to inorganic arsenic. Studies in other countries, including Chile and Argentina, found links between high levels of arsenic in drinking water and lung and bladder cancer.

So, as the FDA suggests, don't stop eating rice or rice-based products. It may be wise to mix up your diet, though, and if you're concerned, you can change the way you cook rice.

Consumer Reports says you may be able to cut exposure to inorganic arsenic by using LOTS of water when you cook it. It recommends six parts water to one part rice, and draining the excess water off.

The Environmental Working Group suggests trying different grains and introducing babies to foods like sweet potatoes and squash instead of rice cereals.

Some governments are going even further. In the United Kingdom, the parents of toddlers and preschool children are advised to limit rice milk due to the levels of arsenic.