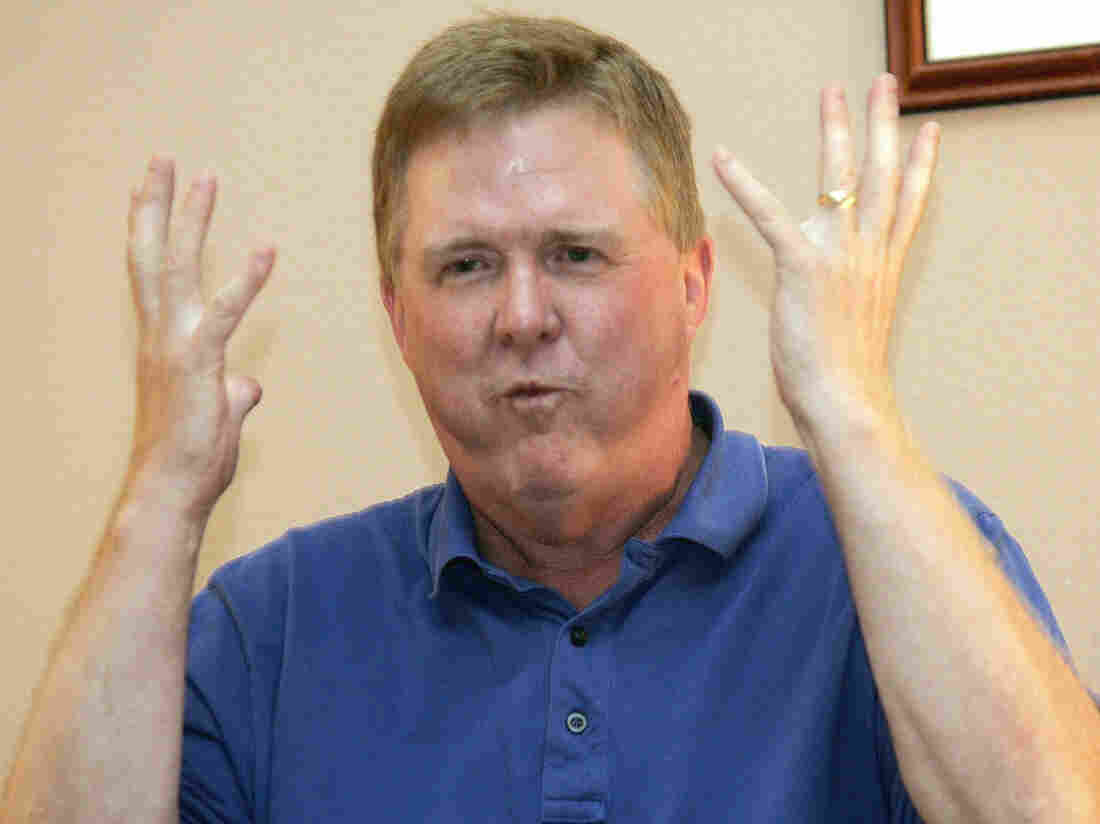 Wayne Watson, who just won a $7 million lawsuit, explains how a bag of popcorn would "whoof" when opened, releasing steam and flavor. Ed Andrieski/AP hide caption 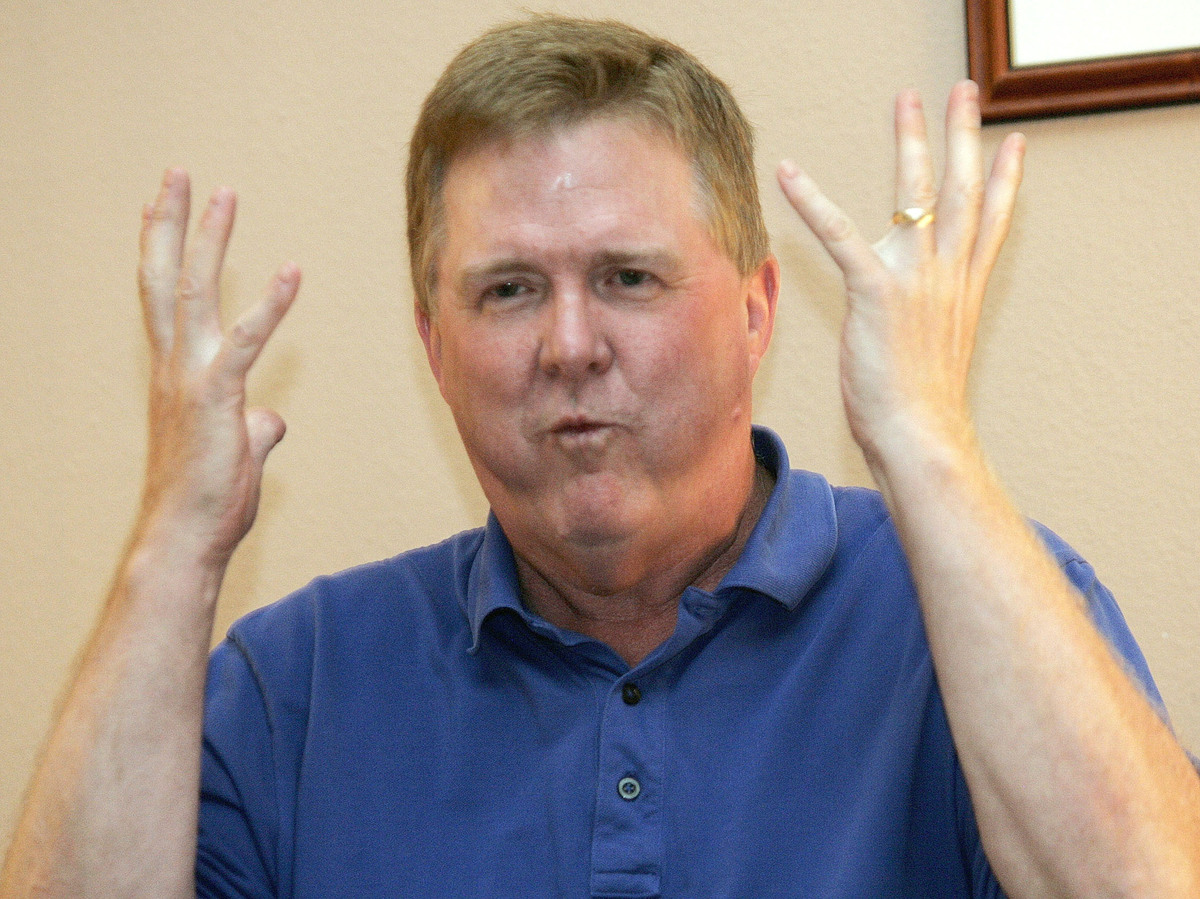 Wayne Watson, who just won a $7 million lawsuit, explains how a bag of popcorn would "whoof" when opened, releasing steam and flavor.

A federal court has awarded a Denver man $7.2 million in a lawsuit he filed against a popcorn maker and a grocery store for selling him microwaved popcorn that made him sick.

According to ABC News, furniture salesman Wayne Watson developed respiratory problems known as "popcorn lung" in 2007 after eating about two bags of popcorn every day for 10 years. "I probably look like a fairly healthy guy, but I only have, on a good day, about 53 percent lung capacity," Watson tells ABC.

The defendants in the case were Glister-Mary Lee, which makes popcorn, Kroger and its subsidiary, Dillon Cos. They had argued that Watson's work with carpet cleaning chemicals caused his illness.

"At this time we intend to file an appeal of the decision," Kelli McGannon, a spokeswoman for King Soopers, which is owned by Dillon Cos., a subsidiary of Kroger, tells the Denver Post.

Chester, Ill.-based Glister-Mary Lee executives issued a statement to a local TV station that it was evaluating "next steps."

In fact, many companies have been evaluating their "next steps" regarding diacetyl, a chemical used to create that unique dairy flavor — without actually using any dairy — in butter-flavored microwave popcorn and other snacks.

The lung problems described by Watson are relatively rare and have generally been limited to workers in the plants who handle the chemical — but documented case are severe, according to a briefing paper by the Occupational Safety and Health Administration. And many manufacturers are phasing diacetyl out for these reasons.

Workers' unions have been calling for an end to its use in food products for years, and a recent study even linked the chemical to an abnormal brain protein associated with Alzheimer's.

However, it's not really known how much exposure to diacetyl is safe. "OSHA does not have permissible exposure limits (PELs) for most flavoring substances, including diacetyl and acetoin [a substitute of diacetyl]," the paper notes.

Stay tuned for more on the science of food additives from us.

Meanwhile, CNBC predicts the recent verdict will spark a rash of future lawsuits.