Accessibility links
Lawsuit Claims Pork Producers Council Scammed $60 Million From Farmers : The Salt The Humane Society is accusing the Pork Producers Council of financing its lobbying efforts through a questionable sale of the slogan,"The Other White Meat." The lawsuit shines a spotlight on the odd and controversial world of agriculture "checkoff" programs. 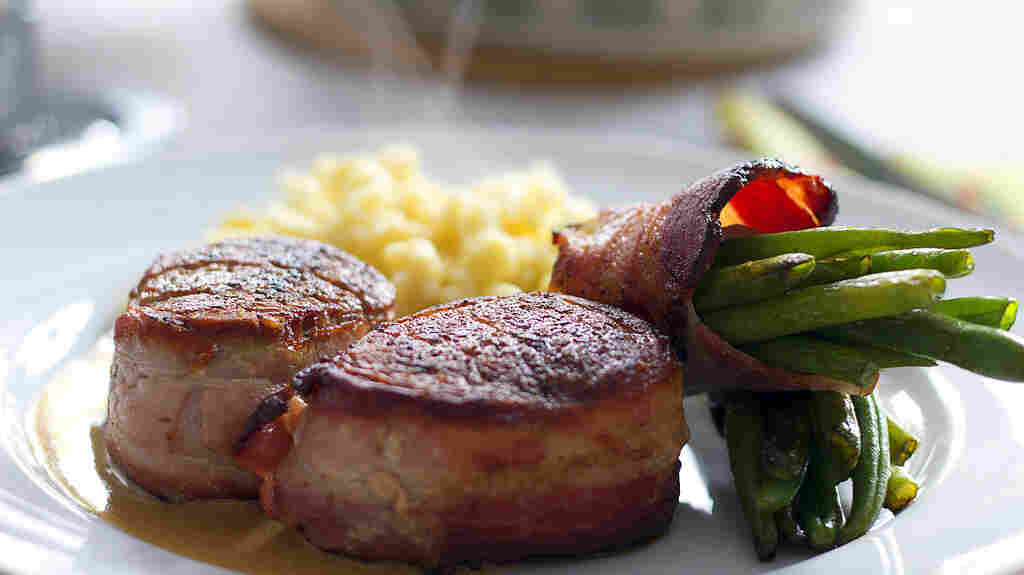 "The Other White Meat" slogan has been a popular promotion for pork since the 1980s. But a recent lawsuit raises questions about who owns it and who pays. ugod/Flickr.com hide caption 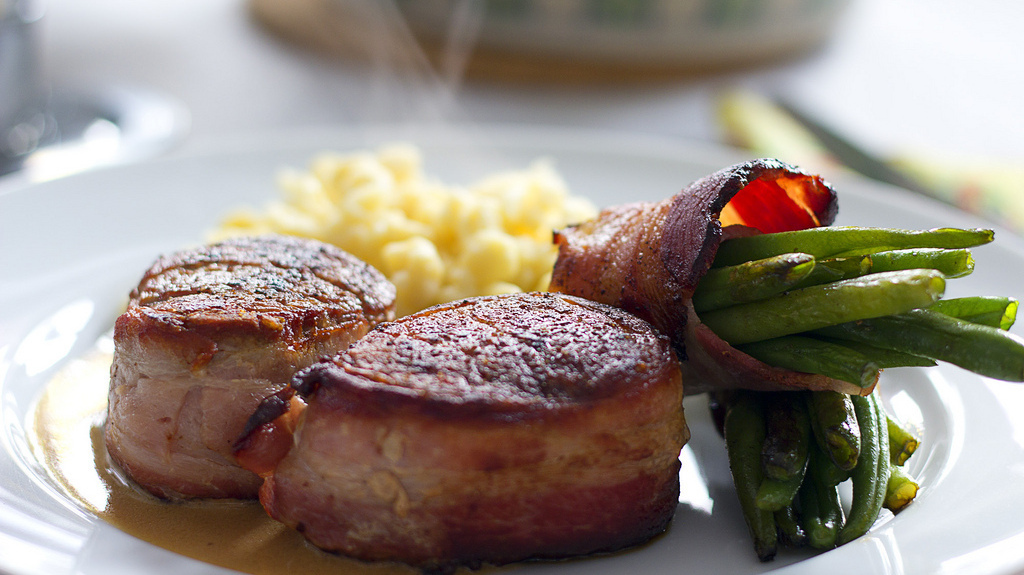 "The Other White Meat" slogan has been a popular promotion for pork since the 1980s. But a recent lawsuit raises questions about who owns it and who pays.

You know that ad campaign for pork, the one that called it "the other white meat?" There's a fascinating behind-the-scenes story about that slogan, revealed in a new lawsuit that was just filed this morning by the Humane Society of the United States.

The complaint claims that the National Pork Producers Council (NPPC), which ran that ad campaign from 1986 to 2001, has been financing its lobbying efforts in part through the sale of that slogan, at the wildly inflated price of $60 million, back in 2006. (According to the lawsuit, an economist at the time thought that use of the slogan was worth no more than $375,000 a year. And there's an argument that the NPPC didn't have the right to claim that it owned that slogan in the first place.)

So who paid $60 million for the slogan?

You could say it was pork producers. The money came out of their pockets. But it was collected from them by the U.S. Department of Agriculture as part of a so-called "checkoff" program. Under these programs, which also exist for beef, soybeans, and milk, the USDA collects mandatory fees from farmers and uses the money to promote those products. (Many farmers resent these tax-like fees and have mounted legal challenges to them, but the USDA argues that they're good for business.)

On the other hand, the USDA didn't decide that this slogan was worth $60 million. It just turns checkoff money over to industry groups. In this case, it was the National Pork Board, a collection of people from the pork industry, who agreed that $60 million was a fair price — according to the lawsuit, as a way to keep their good friends at the National Pork Producers Council in business.

I won't go into all the juicy details of the story. Read the lawsuit for yourself. And remember, this all comes from the Humane Society, which would love nothing better than to bankrupt the National Pork Producers Council.

In its response, the NPPC accused the HSUS of "bullying tactics" and asserted that "there is no legal merit to this claim."

But the lawsuit does shed a little spotlight on what makes the so-called "checkoff" programs so odd and controversial. They mix up public and private priorities so thoroughly that at the end of the day you have the distinct impression that somebody is getting scammed, but you can't quite tell who it is. Is it the farmers? The government? The Pork Board?

Parke Wilde, a specialist on U.S. food policy at Tufts University, thinks that the checkoff programs are doing their worst damage to the credibility of the government's own policies on nutrition. He writes on his blog that the U.S. government, by sponsoring "contradictory messages for different commodities — while approving each message as "government speech" — serves consumers poorly." For example, through the soybean program, the government sponsors ads promoting soy milk; through the milk program, it casts scorn on the same product.