Accessibility links
Health Benefits Of Tea: Milking It Or Not : The Salt In many cultures, milk and tea are natural pairs, while in others, not so much. But if you're drinking tea for health, you might want to hold the milk, because there is some evidence it diminishes the benefits. 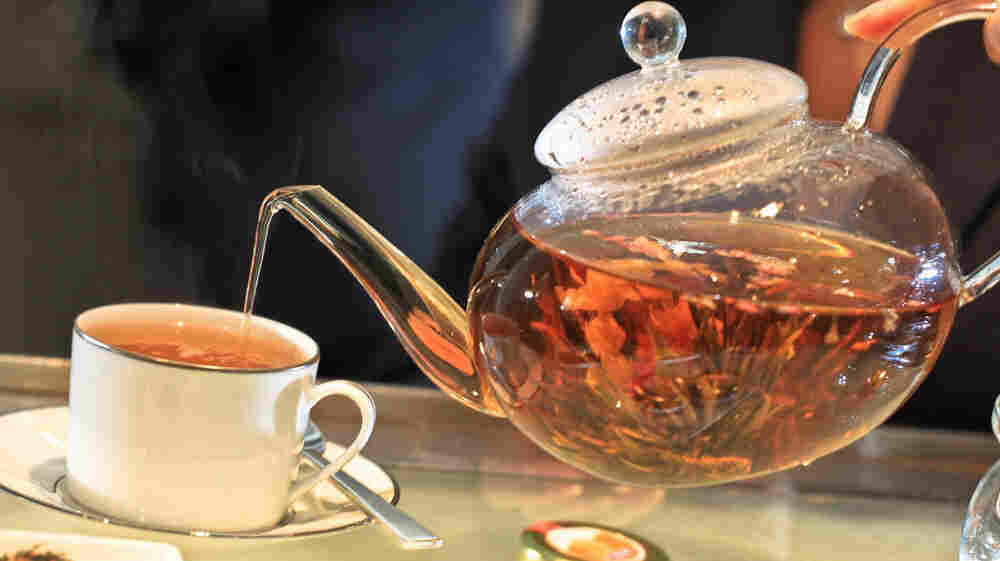 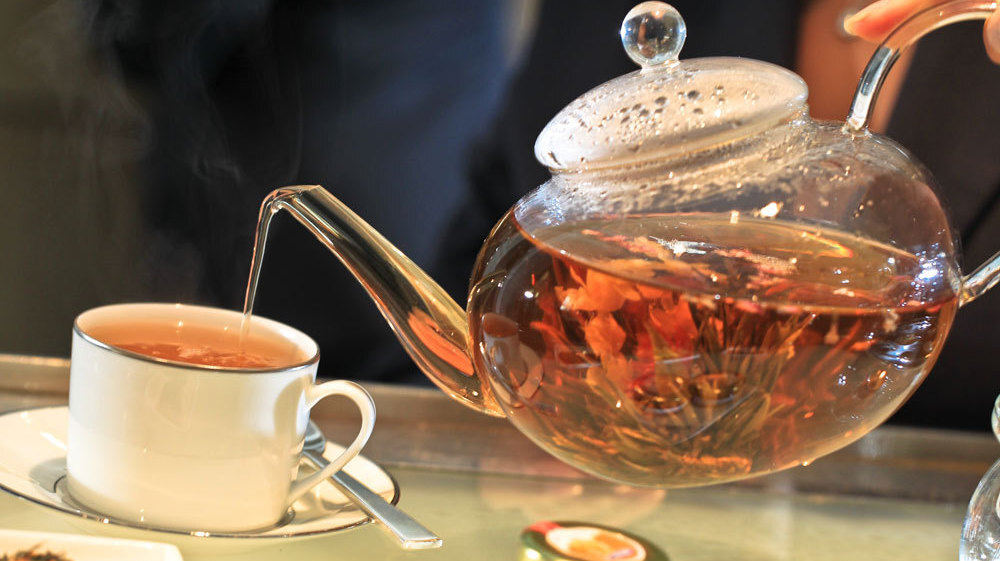 The idea that milk may diminish the potential heart-health benefits of tea has been a topic of some debate. Lots of us can't imagine black tea without a little dairy to cut the bitterness. But, according to this research going back to 2007, we might want to at least consider trying, say, a nice cup of green tea sans sugar or cream.

Why? Well to get to the bottom of this issue, last week I spent an afternoon at the Fifth International Scientific Symposium on Tea and Human Health, where I picked the brains of lots of researchers.

Turns out, there seems to be a consensus about one thing: Milk proteins can bind with the beneficial plant compounds known as flavonols in tea. (You may have heard these compounds referred to by specific names such as catechins.) And, according to some scientists, the binding may make it tough for the body to absorb the flavonols and get the health benefits.

There are lots of potential health benefits of tea. Take, for instance, weight maintenance. Rick Hursel of Maastricht University Medical Centre in Holland has published a review study that finds green tea may slightly increase metabolism.

Now, before you get too excited, it's important to point out that the weight loss effects are small — and perhaps only fleeting. But Hursel says the interesting thing is that, in a separate study he published, he found that when milk is added to tea, the metabolic effects are inhibited. "Something happens which we don't want to happen," explains Hursel.

This effect has also been observed among scientists who study tea's influence on blood vessel health. Preliminary studies suggest that flavonols in tea play a role in helping to regulate blood pressure. But, again, the effect seems diminished when milk proteins are present.

Now, not all scientists are convinced that the effects of milk are strong enough to cancel out potential health benefits.

"There's no convincing evidence that milk is a problem," says Alan Crozier of the University of Glasgow in Scotland. He explains that teas are loaded with beneficial flavonols, and typically people only add a little milk to a cup of tea.

"The amount of milk is not going to greatly interfere with the way they're [catechins] absorbed," says Crozier. Milk proteins may slow down the process, "but there's no evidence that they cause irreversible binding." And his hunch is that the milk does not stop the bioactive compounds (catechins) from being absorbed.

There's another reason some people may avoid milk in their tea. For certified tea sommelier Robert Rex-Waller of the Park Hyatt Hotel in Washington, D.C., it's about enjoying the distinct flavors of teas on their own.

Rex-Waller oversees the tea program at the hotel, which serves 50 rare teas from all over the world and showcases the very finest in a glass tea humidor. He's learned to enjoy the taste of pure, green tea.

"There are some teas where I'd cringe a little if someone poured milk in," he says.

He suggests that people take a sip first, before adding any milk. But, he says, tea is for enjoyment — people should just prepare their tea the way they like it. "Everyone has their own preferences."

Green tea sans milk and sugar may be a struggle in our society, which seems to have a communal sweet tooth and a penchant for cream. Even Starbucks serves up a sweetened green tea latte with steamed milk.

So here's one idea: If you prefer black tea with milk and sugar, drink it with breakfast.

Then, later in the day, try to add in a cup of green tea — nothing added.