Accessibility links
Does Your Gas Tank Hold Enough Food To Feed 22 People? : The Salt Researchers recently calculated the theoretical food value of the ethanol in a gas tank. At the heart of the calculation is this: Should we burn so much food as fuel? And how will it impact food prices and the world's poor? 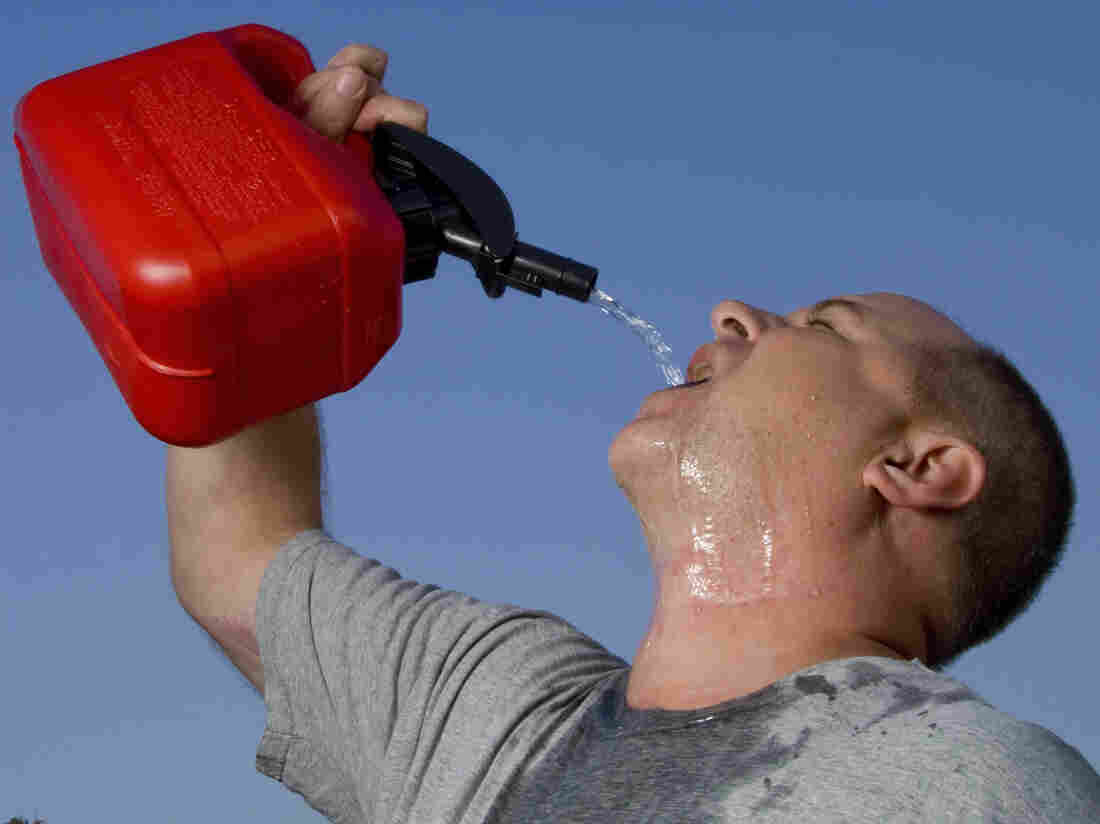 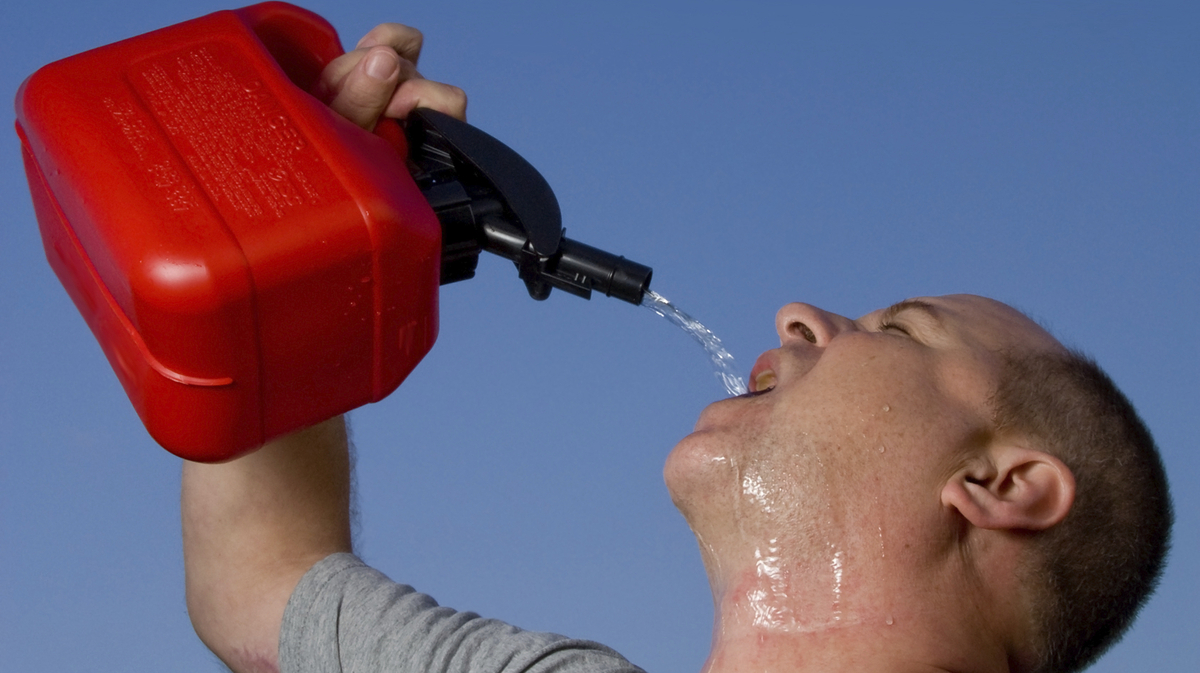 Here's a little math problem for you: How many calories go into the ethanol that's in your tank of gas?

Enough to feed 22 people, if you're talking the bare minimum calories needed in a single day, according to researchers at the New England Complex Sciences Institute.

Their calculation, published today, is based on all the corn-based ethanol that's sloshing around in most U.S. gas tanks; it's really just grain alcohol — a quaff familiar to many college students. Most of the gas sold at the pump contains about 10 percent ethanol. You would never eat the ethanol once it's blended into gasoline, of course. But a lot of corn goes into making ethanol, and the researchers recently crunched the numbers on that corn's food energy value, which you can see in the graphic below. The researchers detail their facts and figures here. A few caveats: The corn used to make ethanol doesn't all get turned into fuel. About a third of it comes back out of the ethanol factory as distiller's grains, which are then used to feed animals.

So some of those corn calories still end up in your steak, not your car. And if that corn weren't used to make ethanol, it would probably go into animal bellies (and, only indirectly, into human ones). Only a relatively small percentage of field corn gets processed into foods — from corn meal to sweeteners; the majority becomes animal feed or ethanol. 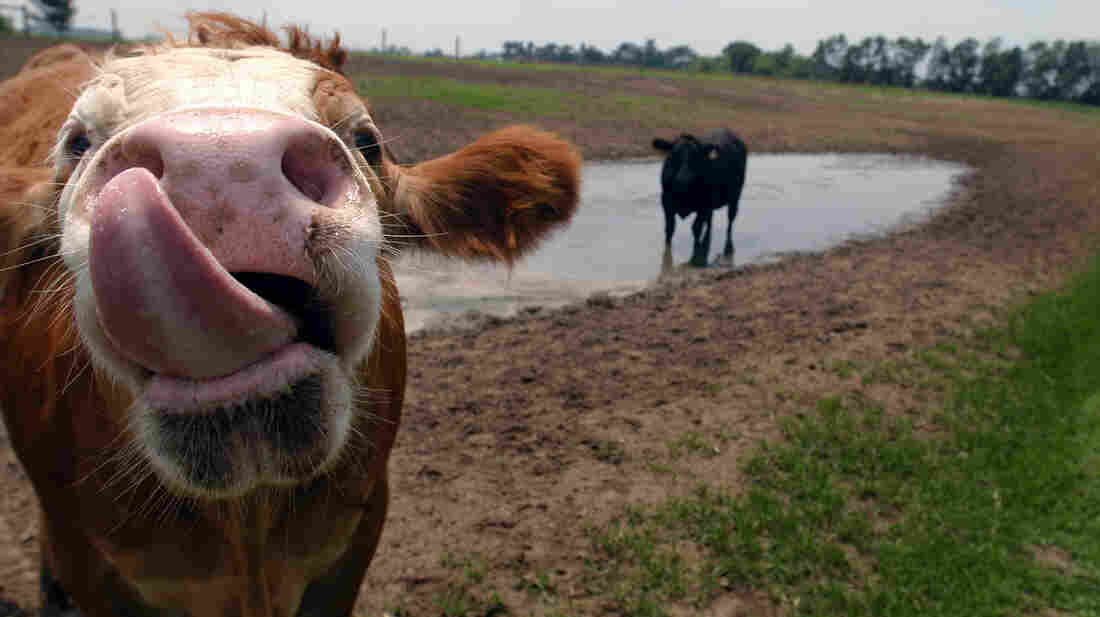 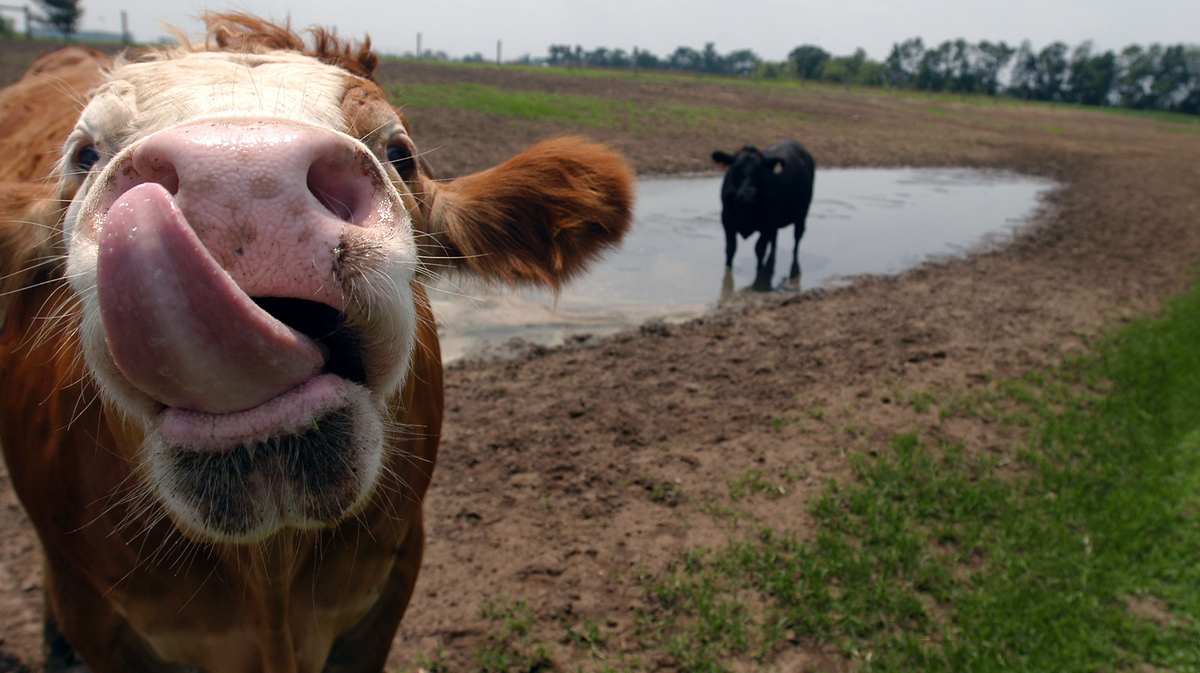 Still, the bigger question here — whether so much food should be burned up as fuel — is getting asked a lot these days. This year, ethanol could consume as much as 40 percent of the U.S. corn crop. But with the worst drought in more than 50 years leading to soaring corn prices, many people are calling on the U.S. to rethink its mandate requiring refineries to make a minimum amount of ethanol — 13 billion gallons this year — and blend it into gas.

The EPA is currently accepting public comments on whether to waive the ethanol mandate for next year. By law, a decision is due by Nov. 13. Farmers blame the mandate for driving up the price of livestock feed (some have resorted to feeding their cattle candy as a cheaper alternative).

That's why several governors and members of Congress have asked the EPA to lower or suspend the Renewable Fuel Standard requirements for next year.

But the researchers at NESCI say there's an even more pressing reason to consider dropping the ethanol mandate than hungry cattle: the risk of hungry, rioting people.

For Americans, higher corn prices will likely translate into higher meat prices at the grocery store next year. But it's the world's poor who really feel the impact. A growing number of studies have blamed the ethanol mandate in the U.S. — by far the world's largest corn exporter — for pushing up food prices around the world.

And as we told you earlier this week, mathematical modeling by NECSI researchers shows a strong link between high food prices and social unrest in places sensitive to price swings — so strong that it may be predictive of when riots are more likely to break out. That model found that the conversion of corn to ethanol is one of the key factors pushing food prices higher.

But corn math can get complicated, and freezing or easing the ethanol mandate may not help as much as its critics hope. A paper by economists at Purdue University recently looked at several different possible scenarios. Their conclusion? Changing the ethanol mandate could make a big dent in corn prices next year — or not. The folks at WONKBLOG do a good job of breaking down the findings. As they succinctly put it, "there's no simple solution here."