Accessibility links
The Secret To Genius? It Might Be More Chocolate : The Salt A cardiologist has some fun plotting how a country's chocolate consumption may predict Nobel prizes. The outlier, he notes, is that Sweden, the home of the Nobel, seems to get more than its share of the prizes. 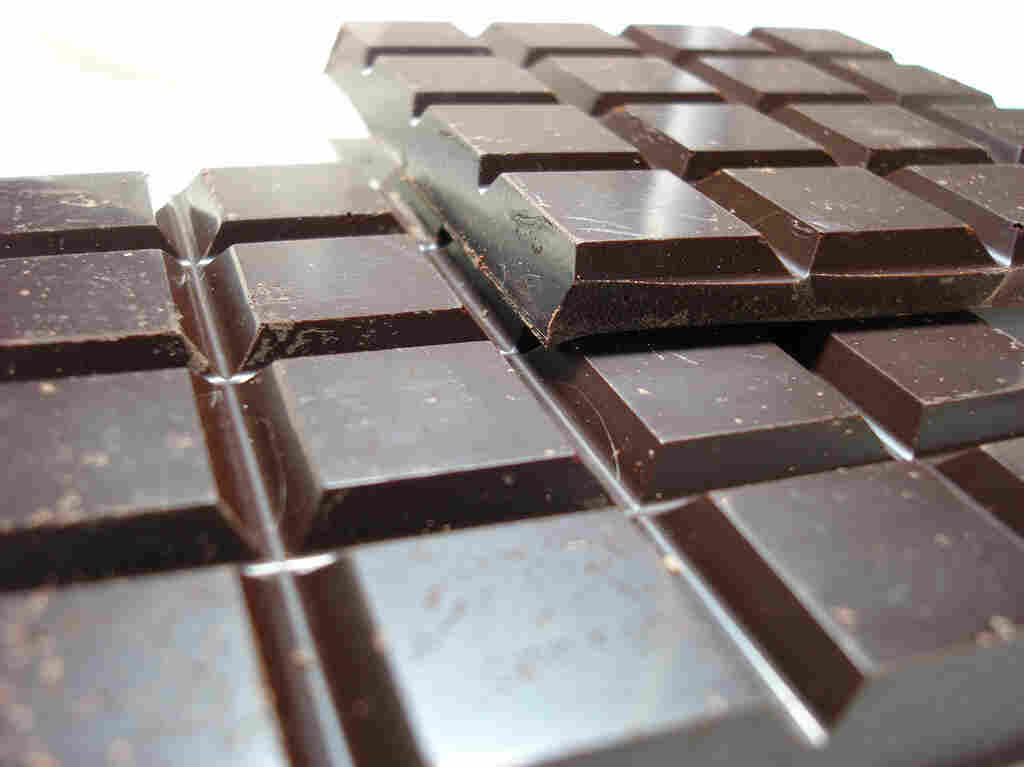 A Swiss cardiologist plots a cheeky graph that shows a country's chocolate consumption may predict its chances of winning a Nobel. John Loo/Flickr.com hide caption 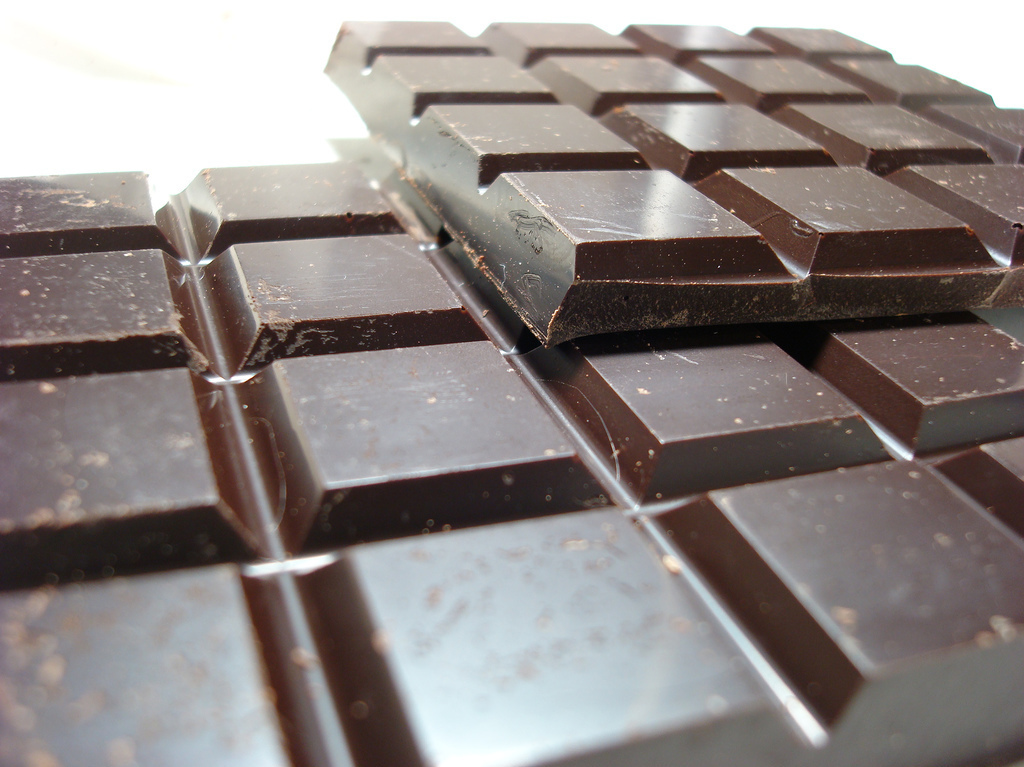 A Swiss cardiologist plots a cheeky graph that shows a country's chocolate consumption may predict its chances of winning a Nobel.

Nerds, rejoice! It's Nobel season — the Oscars for lab rats, peacemakers and cognoscenti alike. Every fall, big thinkers around the world wait for a middle-of-the-night phone call from Sweden, dreaming of what they might do with the $1.2 million prize.

The entire European Union won the coveted peace prize today, while Chinese novelist Mo Yan received the literature prize yesterday for his "hallucinatory realism." (Check out his eye-popping take on Chinese food culture in The Republic of Wine.) And earlier in the week, American researchers picked up awards in both chemistry and physics.

So what does it take to create a genius worthy of a Nobel? The answer may have something to do with chocolate. According to a very tongue-in-cheek report published online this week by the New England Journal of Medicine, a country's propensity for producing Nobel laureates might just be correlated to its national appetite for the sinful stuff.

Franz Messerli, a cardiologist at New York's St. Luke's­-Roosevelt Hospital, penned the article, and he's done a lot of interviews this week.

After being asked to peer review an article on flavanols, the substances found in tea, wine and chocolate, among other things, that seem to help slow down or even reverse the mental slowdowns of aging, he began to toy around with a silly idea: If chocolate consumption could boost a septuagenarian's brain power, might it also boost an entire country's?

Messerli, who is Swiss, knew that his homeland had the highest per-capita number of Nobel Prize winners. "It occurred to me that the Swiss also had the highest chocolate consumption in the world," he tells The Salt. "I put two and two together and thought, 'Well, China must have much less chocolate consumption and probably not that many prizewinners per capita. Let's just plot the two.' "

One rainy afternoon, while stuck in a Katmandu hotel, Messerli got to playing around with the data. When he plugged in numbers from 23 countries, they made a neat linear plot on the page: Not only was the correlation between chocolate consumption and Nobel Prize winners very significant, but the probability that the distribution was due to chance — what researchers call the "p-value" — was tiny.

"I have published about 800 papers in peer-reviewed journals," he says, "and every single one of them stands and falls with the p-value. And now here I find a p-value of 0.0001, and this is, to my way of thinking, a completely nonsensical relation. Unless you — or anybody else — can come up with an explanation. I've presented it to a few of my colleagues, and nobody has any thoughts."

While Messerli's work isn't exactly Shouts & Murmurs material, The New England Journal has a history of occasional humor and satire. A 1984 study examined the probable atropine poisoning of fictional characters in Nathaniel Hawthorne's The Scarlet Letter. More recently, clinicians have reported on the rise of "Nintendoitis" ("severe pain in the region of the extensor tendon of the right thumb") and "Hogwarts Headaches" ("the obvious cure for this malady — that is, taking a break from reading — was rejected by two of the patients").

The only outlier in his data set, Messerli likes to point out, is Sweden — the home of the Nobel prizes. Its chocolate consumption predicts only 14 laureates, yet it has produced more than double that number.

"One cannot quite escape the notion that either the Nobel Committee in Stockholm has some inherent patriotic bias when assessing the candidates for these awards," he writes, "or, perhaps, that the Swedes are particularly sensitive to chocolate, and even miniscule amounts increase their cognition."

Kevin Charles Redmon is a journalist in Washington, D.C. His daily chocolate consumption is dangerously above average.