Accessibility links
How Fly Farming May Help More Fish Stay In The Sea : The Salt A South African entrepreneur has found a way to make food out of flies for farm-raised chicken and salmon. He says fly meal can replace fish meal for aquaculture and some livestock, and help conserve wild fisheries that are now being depleted in the race to find enough protein for the planet.

How Fly Farming May Help More Fish Stay In The Sea

How Fly Farming May Help More Fish Stay In The Sea 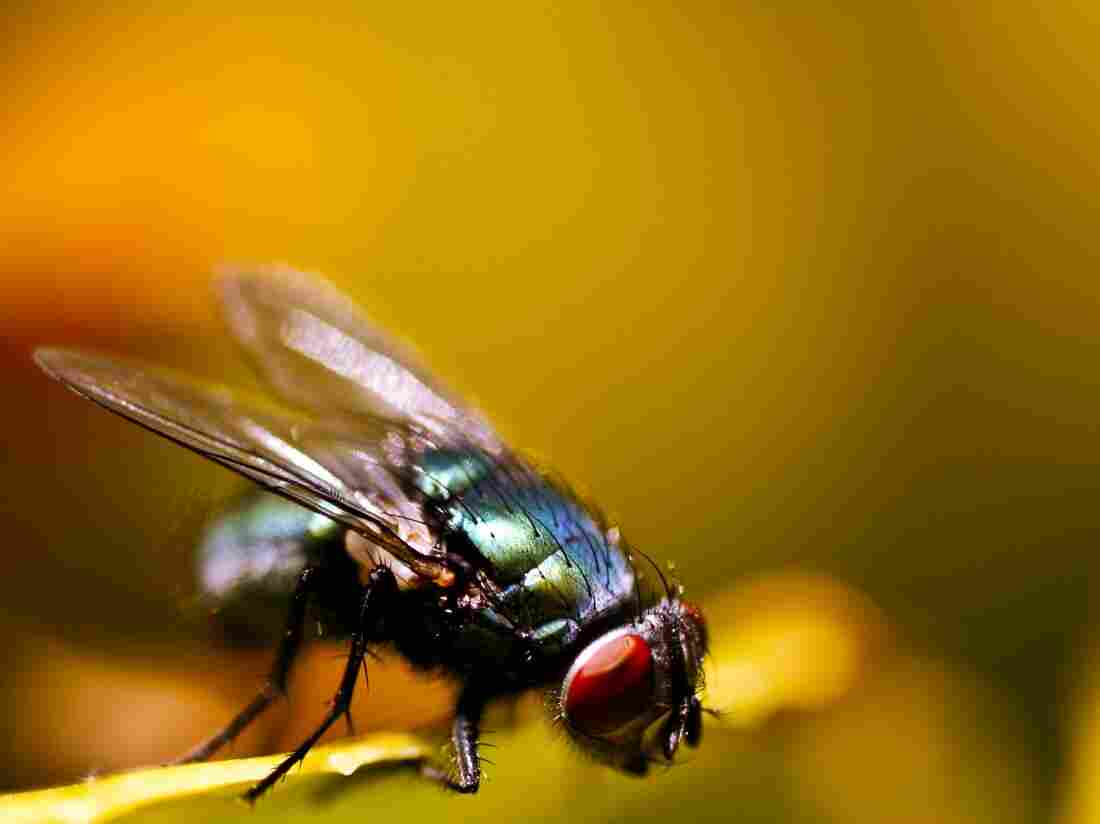 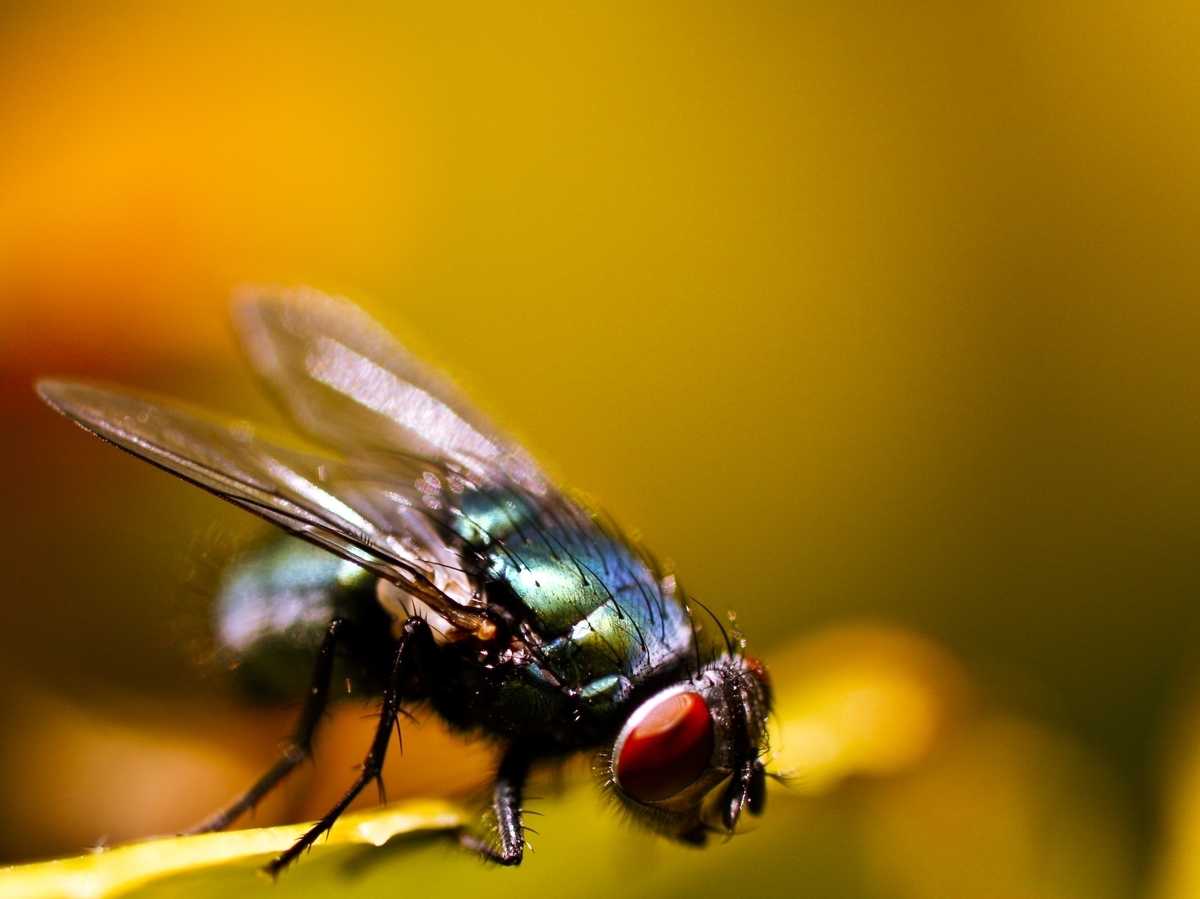 What's the lowly house fly got to do with the $60 billion fish farming industry?

Quite a lot, says Jason Drew, a jet-setting British entrepreneur who is so enthusiastic about the potential of flies, he's just written a book called The Story of the Fly and How It Could Save the World. He thinks flies can solve one of aquaculture's most vexing issues: what to feed the growing ranks of farmed fish.

Farm-raised salmon, trout and shrimp need a lot of animal protein in their diet. Right now, that protein comes mainly from small, wild fish that are turned into fish meal. It takes about 3 pounds of fish to produce 1 pound of farmed salmon, and as we continue to deplete wild fish stocks, fisheries experts say we're going to run out.

And so aquaculture experts all over the world are scrambling to figure out what to do about it.

A few years back, Drew was checking out some farms in Saudi Arabia that were exporting chicken and shrimp to South Africa, where he lives. He saw all the fish meal going to feed those creatures, and got to thinking just how unsustainable it was.

He also noticed, he says, that "the price of fish meal was moving in one direction only: up. Unless we find a new sea."

At a slaughterhouse in Saudi Arabia, he stumbled upon what could become the new sea: a huge pond of blood, buzzing with flies. After consulting with some scientists, Drew became convinced that flies could recycle the protein in animal blood and replace fish meal to feed fish, chicken and other animals.

He was so convinced, he founded a company to give it a shot. In 2009, his company, AgriProtein, purchased its first batch of flies to breed for industrial production. After a couple of years of tinkering, his team figured out how to produce protein-rich larvae in bulk. It helps that one fly can lay up to 1,000 eggs, and 1 pound of eggs can grow into 380 pounds of larvae. 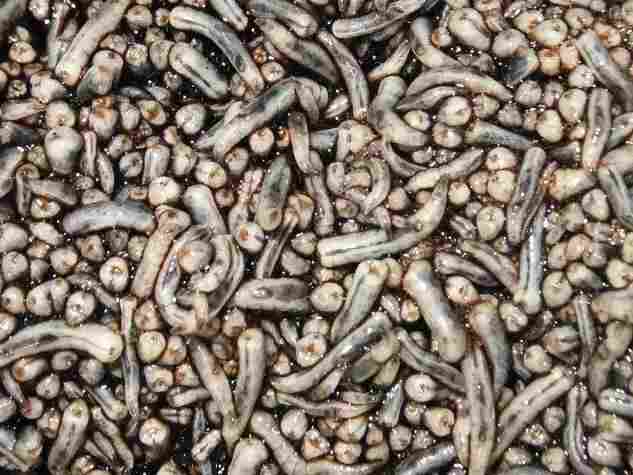 The fly larvae in the AgriProtein factory feed on cow blood and bran. Courtesy of Jason Drew hide caption 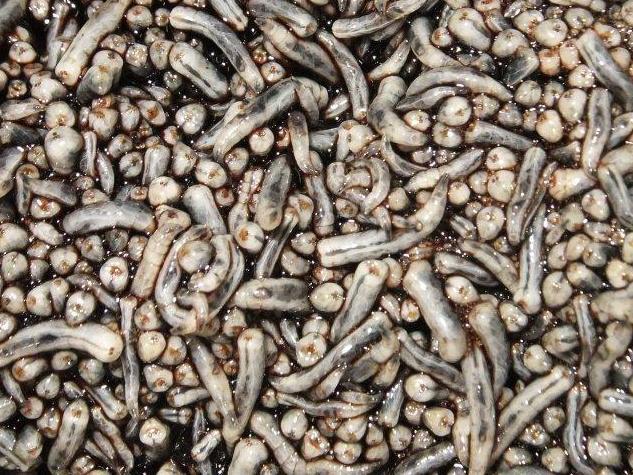 The fly larvae in the AgriProtein factory feed on cow blood and bran.

Today Drew has a fly factory up and running near Cape Town and is selling his Magmeal, a brown crumbly protein meal made of maggots, or fly larvae, to South African salmon and chicken farms. By next year, he says his factory will be producing 100 tons of fly meal a day. "That's 100 tons we don't have to take out of the sea," he says. "And we can't keep up with demand."

At one end of the factory the mother flies lay their eggs. Members of Drew's staff extract the eggs, but save a small number of them to put back into the breeding stock. They take the remaining eggs and hatch them into larvae, where they're fed a rich meal of blood from a nearby slaughterhouse, plus bran. After two or three days, they're the perfect size for harvesting and are ground into Magmeal.

Drew says it's only a matter of time before more entrepreneurs around the world discover fly farming.

"What we've done is just industrialize a natural food source," he says. "It takes a fair bit of cash to get off the ground, but I believe small-stock farming is going to be one of the great businesses of the next 20 years." And he's already talking to people around the world who want to license his technology.

Of course, the search for a fish meal replacement goes far beyond flies. Researchers at the National Oceanic and Atmospheric Administration are looking for ways to use more marine algae, fish processing trimmings and plants in fish feed. And as we reported last year, other scientists think biofuel co-products, poultry byproducts and soybeans have potential, too.